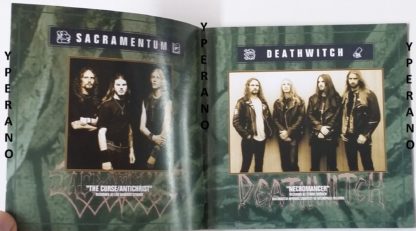 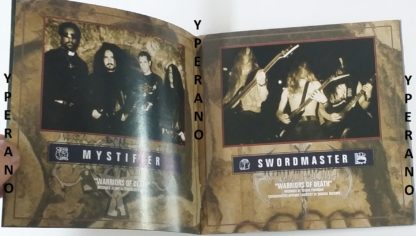 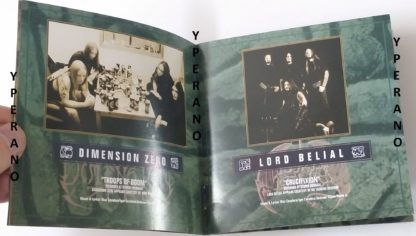 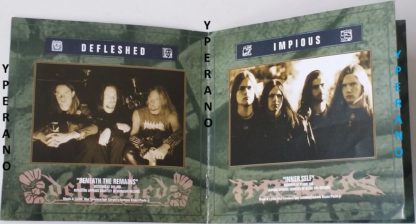 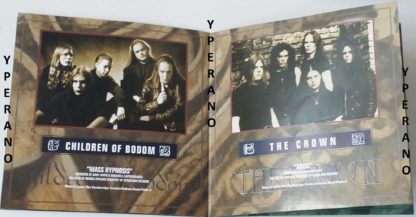 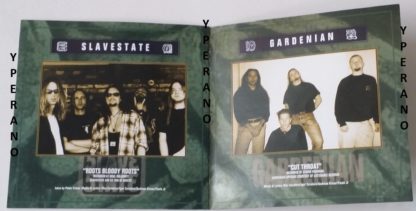 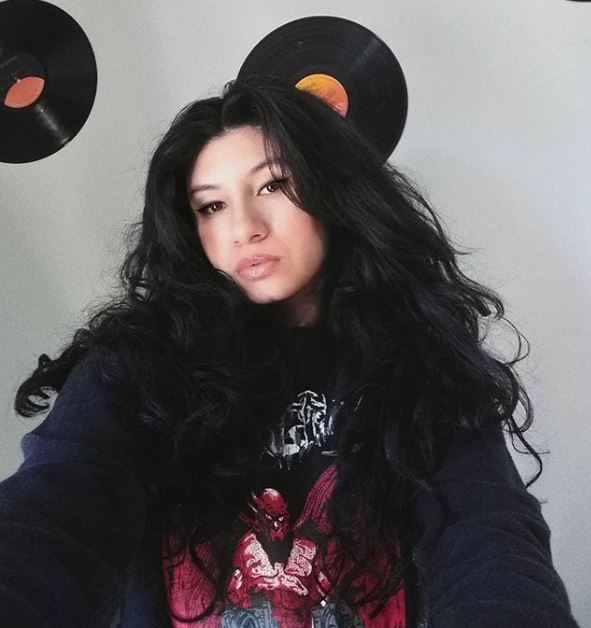 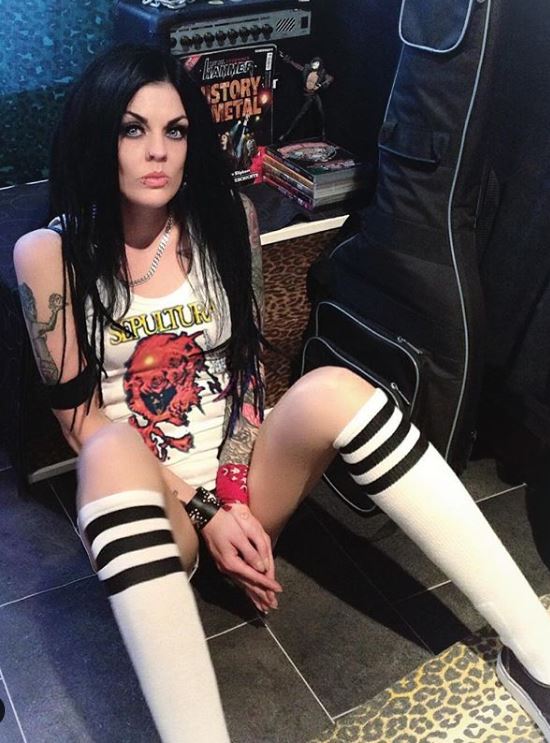 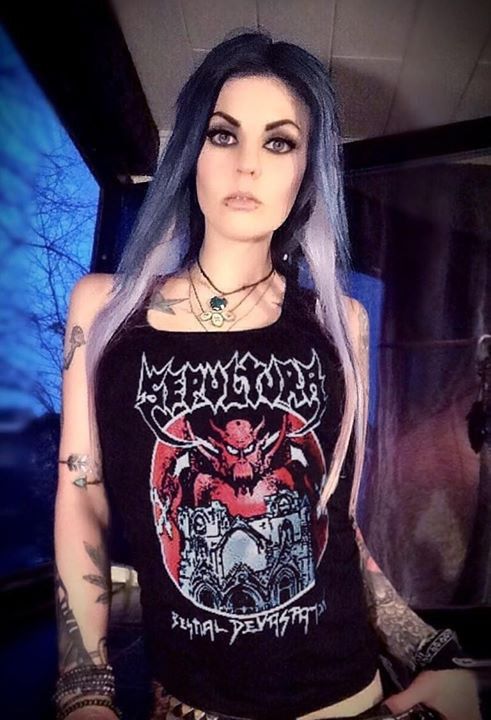 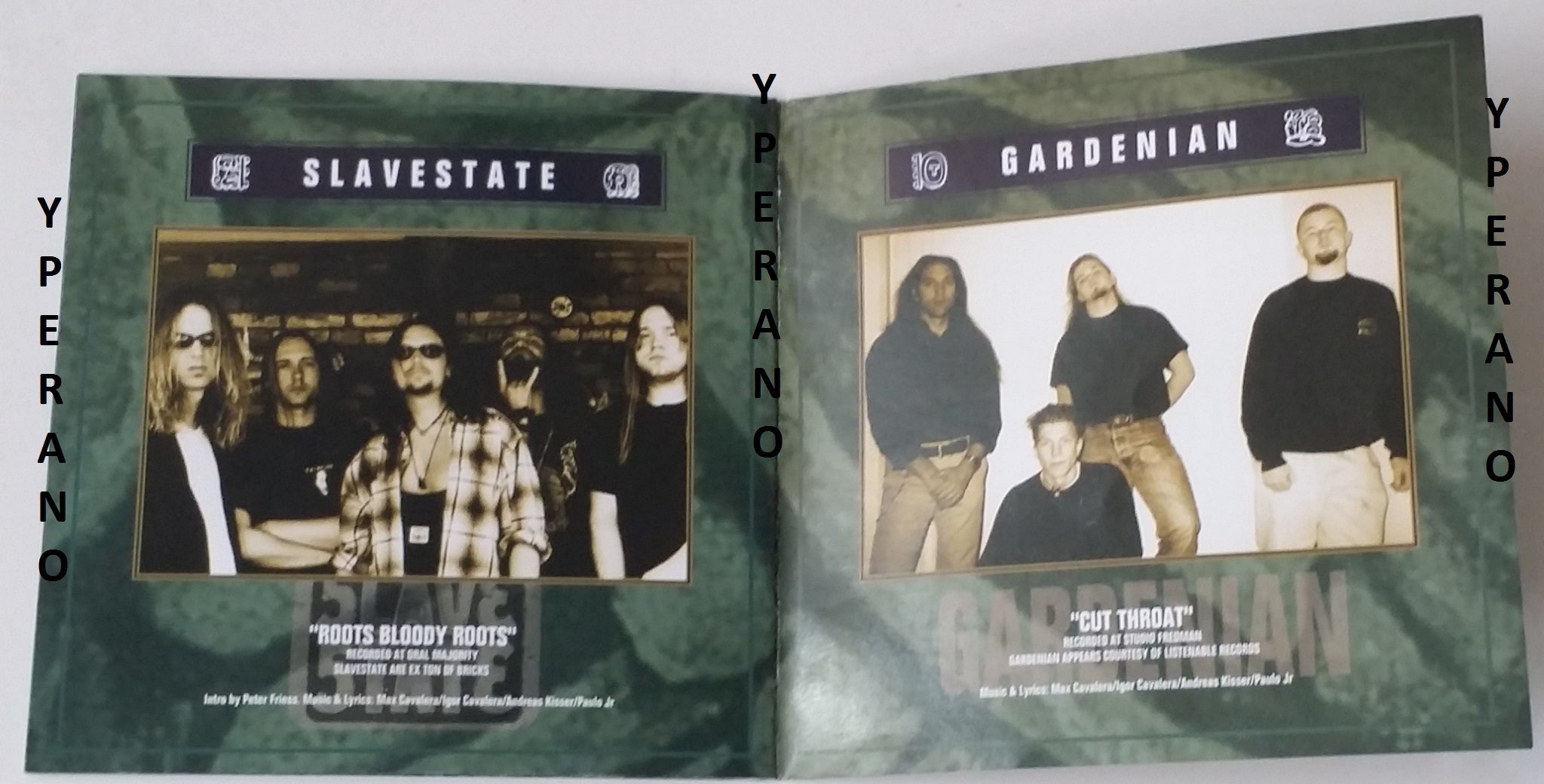 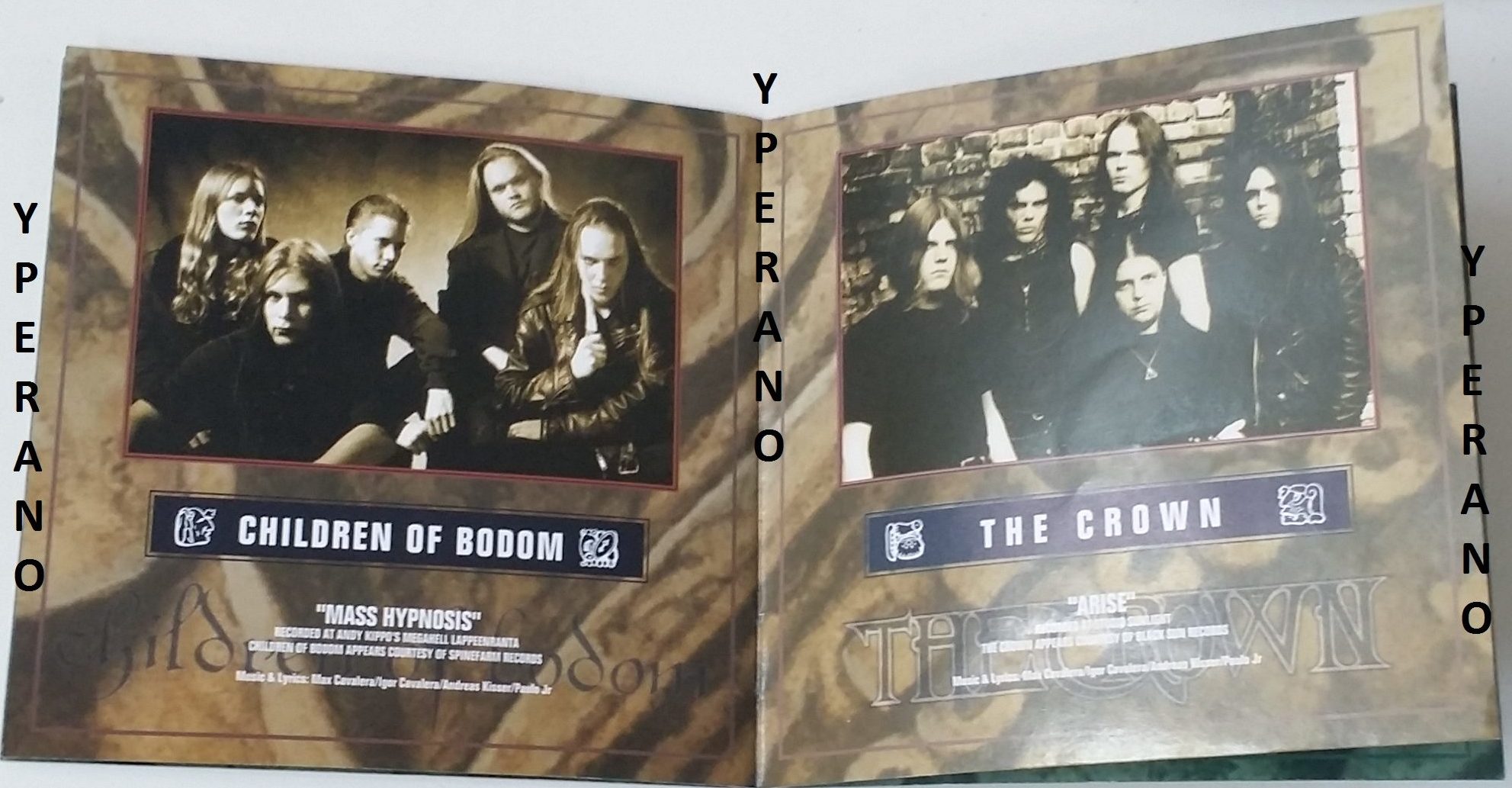 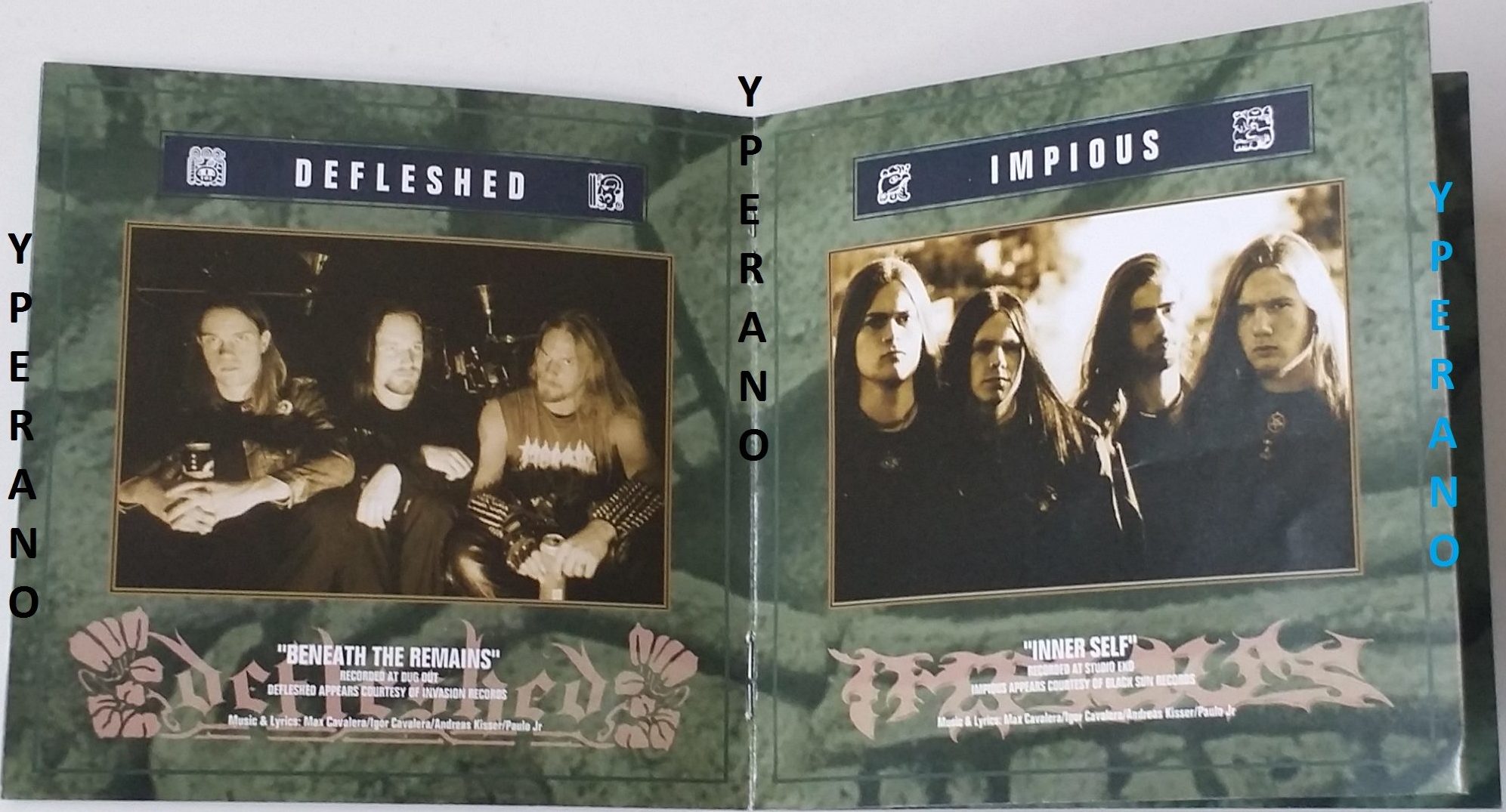 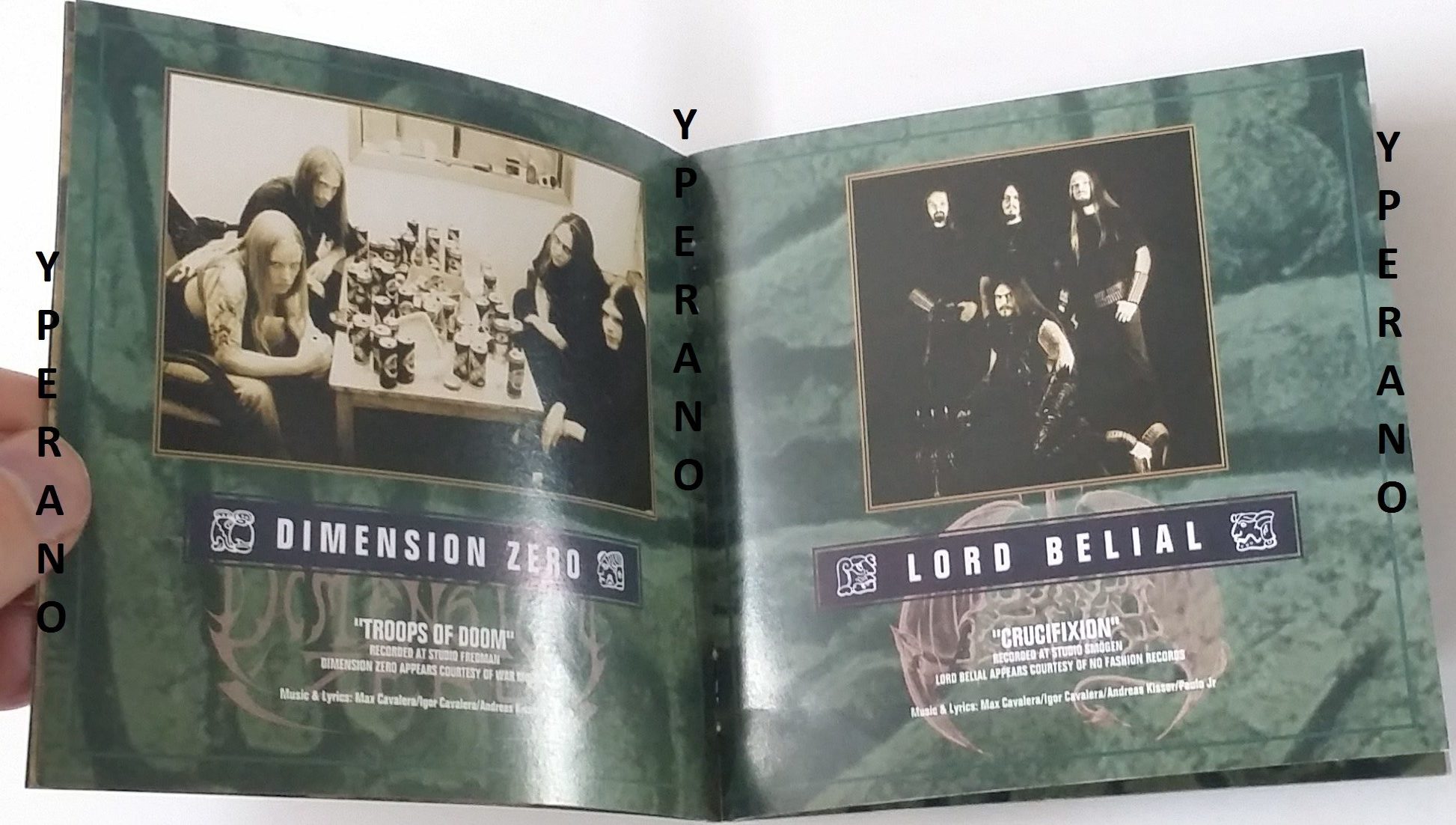 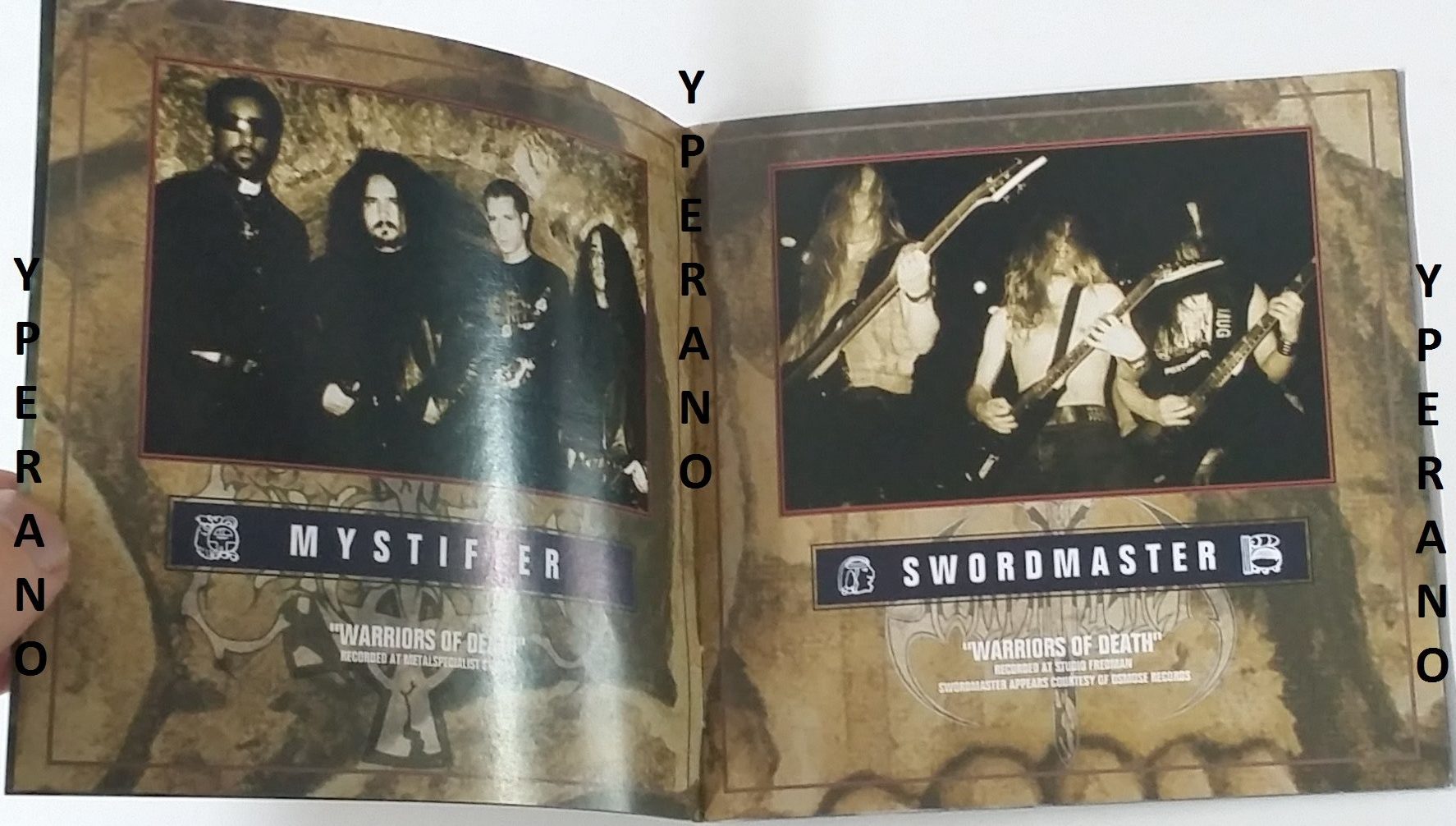 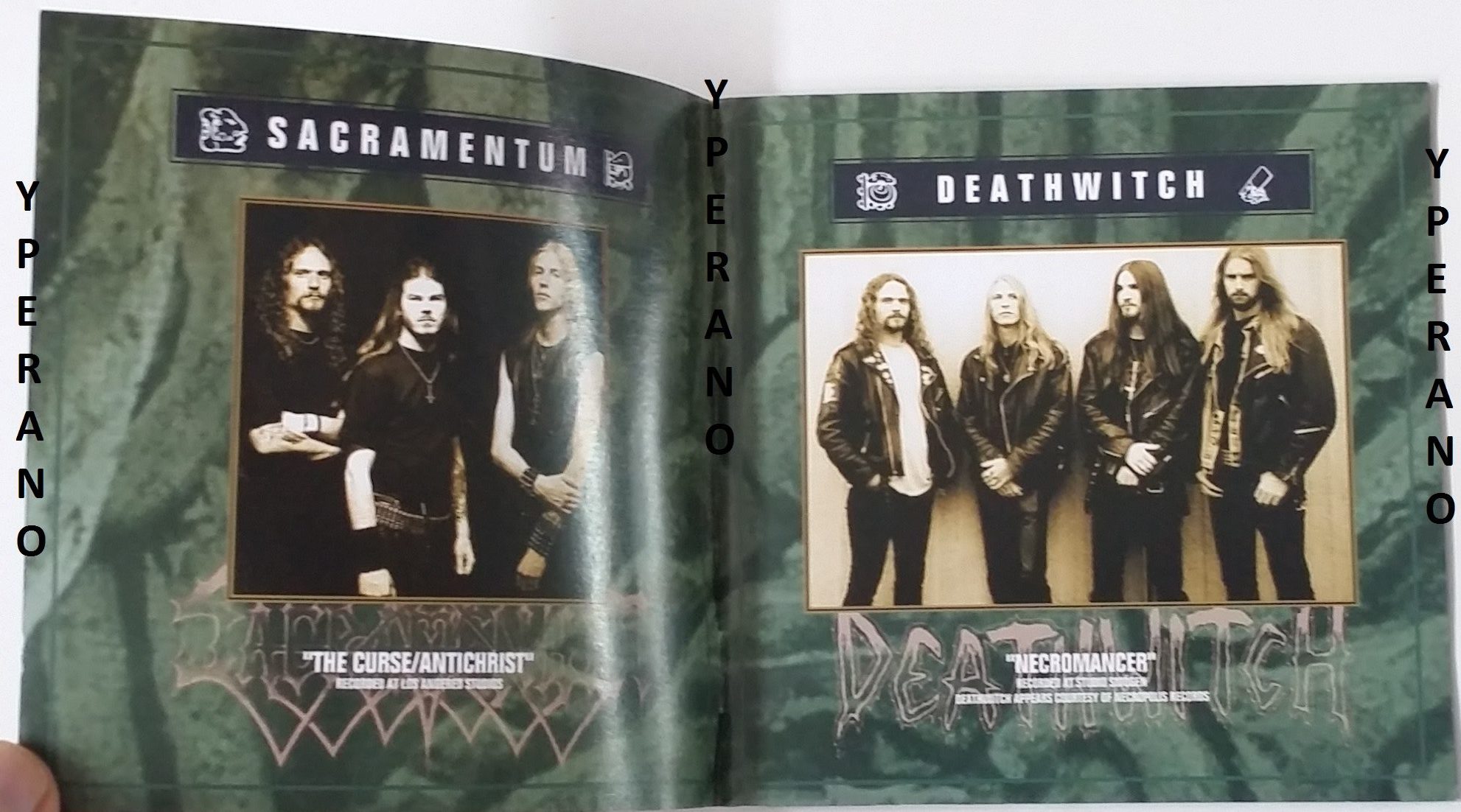 5.0 out of 5 stars Incredible!
I love this CD from start to finish! i would have to say it really equals up to World of Pain (if you don’t own it get it now!) i really like the track by Children of Bodom (great melodic black metal. I still like every track on here equally and i encourage any Sepultura fan buy this baby now! also , all the song are in order CD-wise, its pretty cool.

5.0 out of 5 stars Death Metal at its best!,
Sepultura, the Brazilian band that invented death metal (Necromancer, 1985) is extremely well represented here by other great heavy metal bands. I will comment a little each song of the album, as this masterpiece deserves this kind of attention.

1 – Antichrist (by Sacramentum): great speedy song, really heavy, really dark lyrics, as it should be. Great start of a HEAVY album.  [Antichrist (Bestial Devastation, 1985) From their first EP Bestial Devastation (and later featured on the reissued Morbid Visions), Antichrist is the sound of a band trying to find their own style, with plaudits in particular going to Igor and Max for the intensity of their drumming and vocal performances at such a young age.

2 – Necromancer (by Deathwitch): played a little faster than the original song, which makes it even heavier. A “monstrous” voice and screams adds for the death metal spirit. Fantastic.

3 – Warriors of Death (by Mystifier): probably the best song in this album, this new version is extremely well made and very, very dark. VERY powerful voice throughout the song, with an amazing brief stop in the middle, ending with and ABSOLUTELY AMAZING duet between a monster voice and a very ghostly opera singer-like voice. Makes you want to break everything, if you know what I mean.

4 – Warriors of Death (by Swormaster): a different version from the same song.  good and heavy. It is played faster though.

5 – Troops of Doom (by Dimension Zero): this death metal anthem is played with mastery. Lots of monstrous screams, heavy and fast where it should be.

6 – Crucifixion (by Lord Belial): a nonstop heavy and fast song.

7 – Beneath the Remains (by Defleshed): another anthem played extremely. Very, very heavy.

8 – Inner Self (by Impious): “walking these dirty streets, with hate in my mind…”, this is exactly what this version passes on. Amazing song played amazingly well. Second best IMO after Warriors of Death.

9 – Mass Hypnosis (by Children of Bodom): great voice, great guitars, heavy and fast… what can I say, go listen to it!

10 – Arise (by The Crown): Holly s$hit! Listen to the start of this song! If you don’t feel like breaking everything around you you’re not a true metal fan!!! “Under a pale grey sky, we shall ariiiiiseee !!!!”

11 – Territory (by Exhumation): the classisc of the classics, played with great power, lots of drums, HEAVY guitar. A great song made even better. Did I mention HEAVY guitar ??

12 – Slave new world (by Gooseflesh): much heavier version than the original, amazing.

14 – Cut-Throat (by Gardenian): pretty good version, but really the death metal phase of Sepultura has ended by now.

15 – Ratamahatta (by Denial): heavier, crazier version of the original. Not death metal, but still nice.

If you are a heavy metal fan this album is a must buy, believe me, you won’t regret. All your favourite Sepultura songs played even heavier.