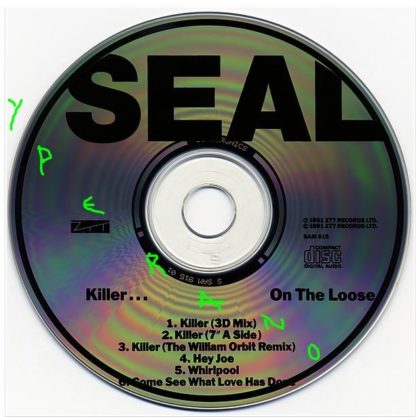 Seal’s breakthrough moment came in 1990, when he worked with dance producer Adamski on the huge number one hit ‘Killer’. A year later, Seal released his own solo version, also reaching the top 10. George Michael released a famous live version in 1993

Track 2 is the same as single Version’ on other formats. Track 3 credited on sleeve as ‘The William Orbit Remix’, but it is ‘William Orbit Dub’. Tracks 4-6 have no version names on the actual release. They were recorded live in studio and are credited here as “Live” as on the US CD single. Incorrect durations appear on sleeve (see photo), listed here as shown in media player. 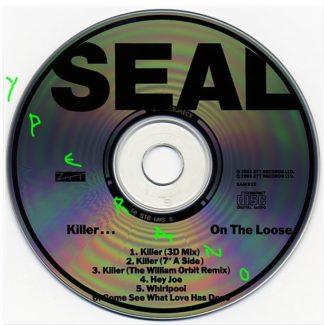