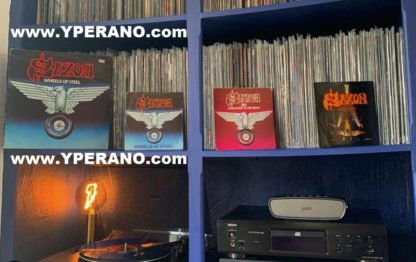 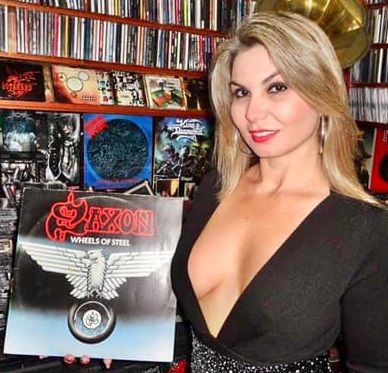 Wheels of Steel is the second studio album by heavy metal band Saxon. It was released in 1980 (see 1980 in music).
Despite its lyric, “”747 (Strangers In The Night)”” does not appear to be based on any actual incidents.
The title track is featured in the video games Grand Theft Auto IV: The Lost and Damned and Brutal Legend. It has also been covered by L.A. Guns.
After finding a metal-savvy producer in Pete Hinton, Saxon created in 1980 a career-defining LP in Wheels of Steel, whose songs displayed a bright metal sheen and set the template for the band most successful albums. One of the greatest New Wave of British Heavy Metal standards, pounding opener “”Motorcycle Man”” introduces the album biker obsession from the get-go -” a recurring theme that is revisited on the frenetic “”Freeway Mad,”” the title track, and on most of the group subsequent albums. At nearly eight minutes, the title track is another classic that would become a nightly encore for the rest of Saxon career. Other highlights include the dramatic, if lyrically bizarre “”747 (Strangers in the Night),”” the all-out metal assault of “”Machine Gun,”” and their finest early ballad “”Suzie Hold On.”” Wheels of Steel introduced more concert favorites than any other Saxon album.

All you need to know about this album: 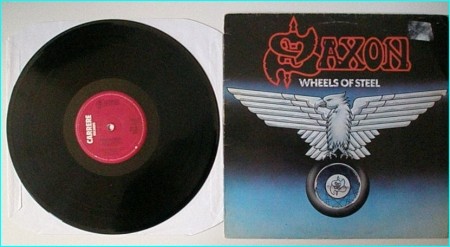 Saxon was one of the shining lights of the famous -New Wave Of British Heavy Metal-. In 1980, there were many NWOBHM full-length releases, including well-regarded LPs by Diamond Head, Angel Witch, Iron Maiden, Def Leppard and Samson. Of all these bands, it was Saxon that had the most straightforward, simple heavy metal songs (and that ain’t a bad thing). We often hear the adjective -blue-collar- used by writers to describe Saxon. Indeed, Saxon’s style of metal was not pretentious or flashy. The music was not complicated and the lyrics were genuine and grounded in real life. Wheels Of Steel was the first of two albums released by Saxon in 1980, the other was Strong Arm Of The Law. I think Wheels Of Steel is a bit more well-rounded than Strong Arm Of The Law. ” 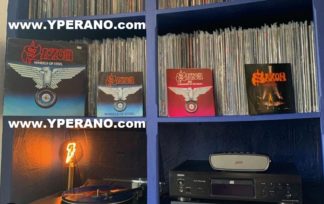