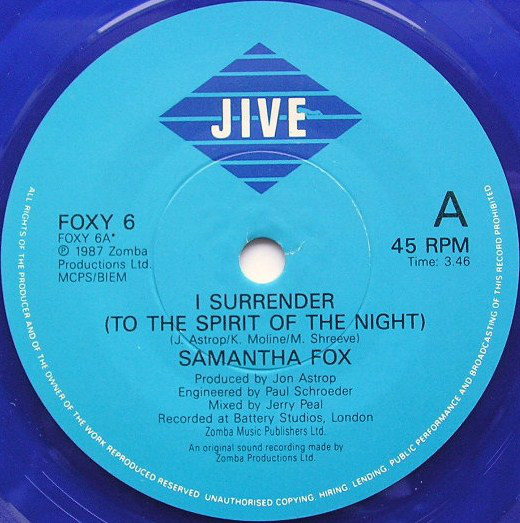 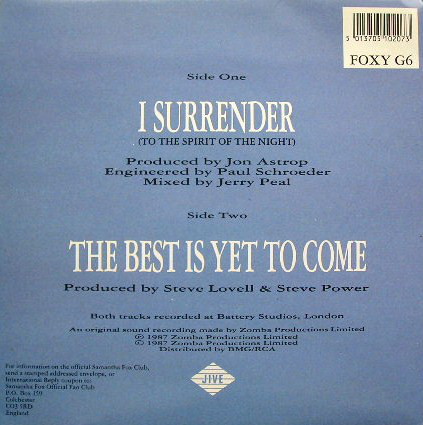 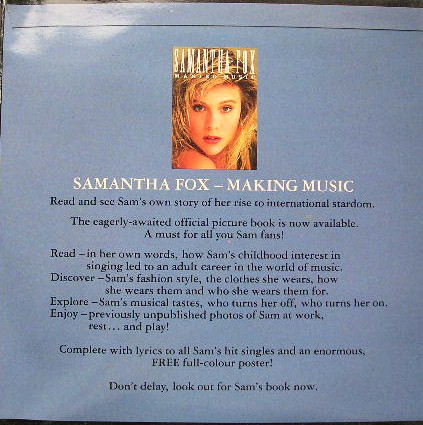 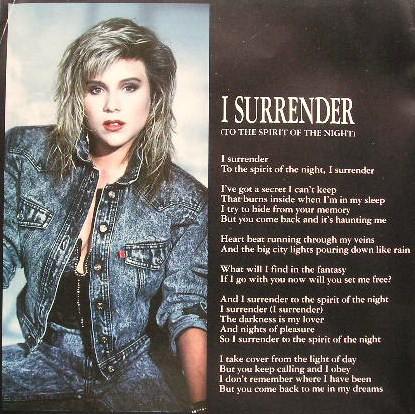 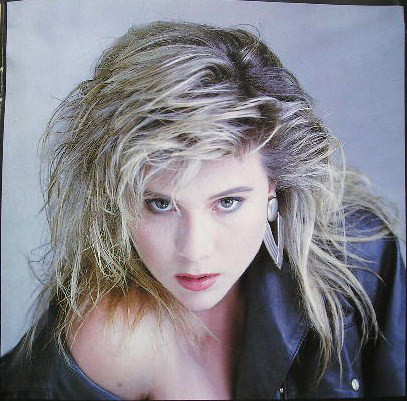 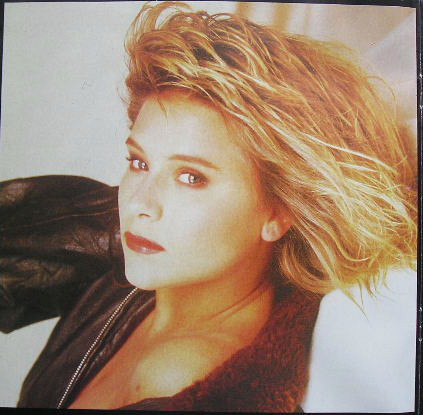 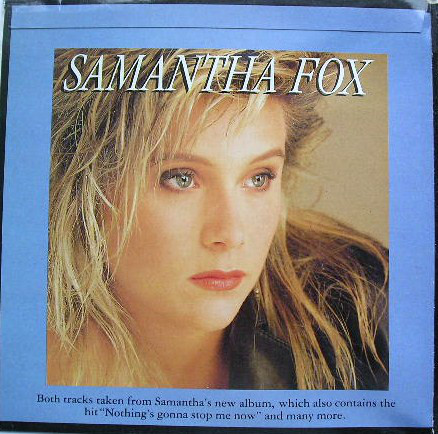 Tracklist
A I Surrender (To The Spirit Of The Night) 3:40
Mixed By – Jerry Peal.  Producer – Jon Astrop
B The Best Is Yet To Come 4:50
Producer – Steve Lovell , Steve Power

“I Surrender (To the Spirit of the Night)” is a pop-dance  rock song performed by British singer Samantha Fox and written by Jon Astrop, Karen Moline and Mark Shreeve. It was produced by Jon Astrop. The song was released as the second single from Samantha’s second album, Samantha Fox, in the third quarter of 1987.
Although failing to match the success of its predecessor, it was still a hit. The single peaked at number twenty-three in United Kingdom and charted in most European countries inside the top forty.

Be the first to review “Samantha FOX: I surrender to the spirit of the night 7″ Limited edition blue vinyl gatefold photo pack. Check video” Cancel reply