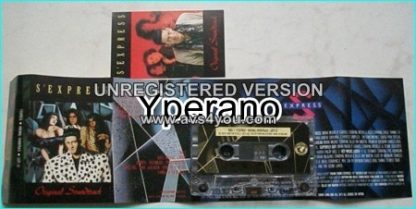 Â· The album peaked at number 5 in the UK album charts.
Â· The album contains 3 Top 10 singles, the No.1 smash hit Theme From S-Express, Superfly Guy #5 and Hey Music Lover #6.
Â·
– S’Express were formed by DJ/Remixer Mark Moore and were one of the most successful exponents of the emergent Acid House scene. Assisted by Pascal Gabriel (Bomb The Bass) S’Express utilised the increasing use of samples and beats to create a sound that was both popular and fresh. Original Soundtrack is the high point of the band commercial and creative output.

Original Soundtrack is the debut album by English dance music act S’Express, released in 1989. It was predominantly written and produced by Mark Moore along with Mark McGuire. Pascal Gabriel co-produced the album’s two biggest hits, “Theme from S’Express” and “Superfly Guy“. The album charted well in the UK, reaching number five on the UK Albums Chart,  and was also received well on the US dance chart. The album was certified gold in the UK by the British Phonographic Industry.

The album was heavily influenced by Acid house and utilized many samples from other music and artists. Although many of the vocals on the album are from samples, S’Express was presented at the time as a group consisting of producers Moore and Gabriel with singers Michellé and Jocasta and musician Mark D. Additional vocals were provided by Billie Ray Martin. The artwork to the album is a tribute to Tamara de Lempicka and is influenced by her style and includes a version of her painting “Andromeda”, which was originally a nude. The original painting is owned by, and included in Madonna‘s music videos “Open Your Heart” (1986) and “Vogue” (1990). 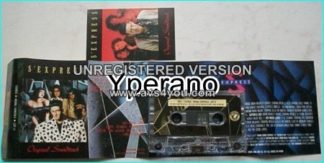