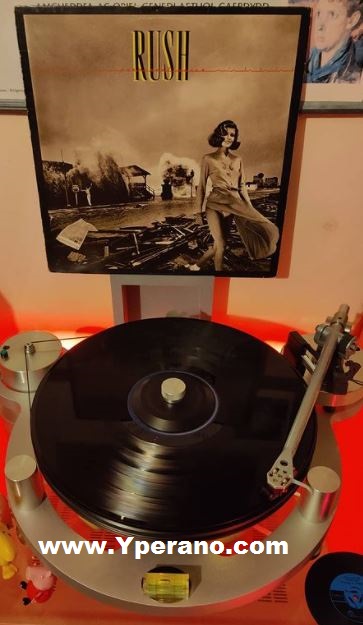 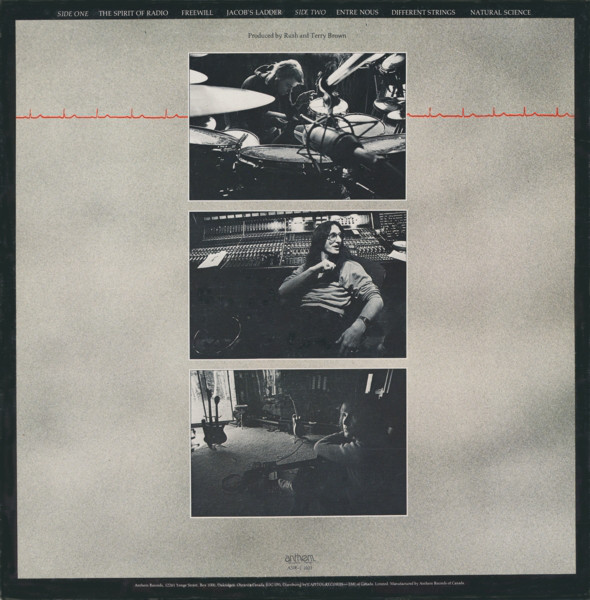 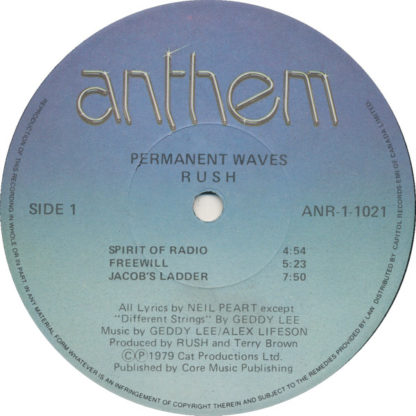 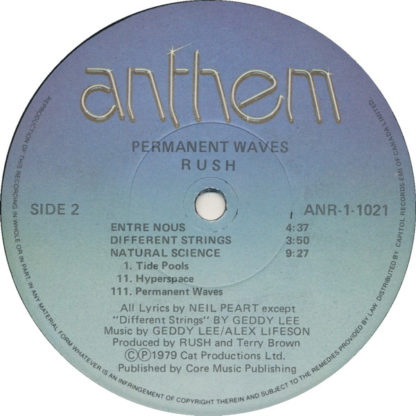 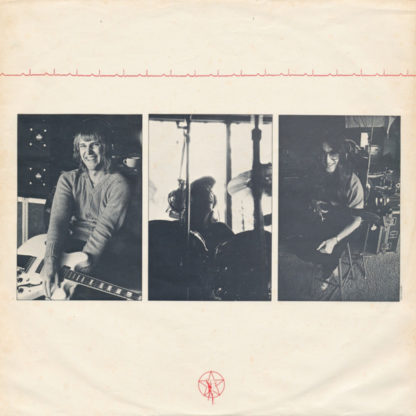 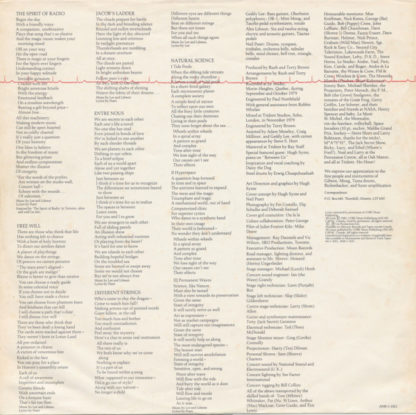 Classic!! When Rush stepped into the 80 they began their transformation from a heady, quasi-prog rock band to a more technologically sequestered group, Permanent Waves became their transitional album. Gone were the epic, full side songs such as “”2112″” or “”Hemispheres””. Though certain tracks like “”Natural Science”” were still rather lengthy and ambitious, the trio learned a bit about honing their excessive traits into a more digestible style. Permanent Waves also hinted more strongly at the eventual use of keyboards, synthesizers and sequencers in their music, though Alex Lifeson still played a prominent guitar role on the album. But as “”Spirit of the Radio”” and “”Freewill”” showed, the band was a lot more interested in writing songs that threw out some of the dross and excess for songs that could be heard and remembered like other rock anthems of the day. And more importantly, Geddy Lee was shedding the falsetto of the 70 for a much more palatable singing voice.Overall, has proven to be an overwhelming Rush. There are some songs that I find particularly exciting, namely “”Entre Nous”” and “”Freewill””, the ambitious “”Natural Science”” is a wonderful inclusion in the Rush Epic Song Catalogue. Another great song is “”Different Strings””, a more sombre and quiet number that features rare Geddy Lee lyrics. “”Jacob Ladder”” is a riffy epic number that on some occasions proves to be a bit cumbersome and on others is a good treat. Permanent Waves is probably one of the few albums that appeals to both fans of the older 70 Rush and fans who enjoy their 80 synth phase.

Permanent Waves is the seventh studio album by the Canadian rock band Rush, released January 1, 1980. The album was recorded at Le Studio, Morin Heights, Quebec, and was mixed at Trident Studios in London, UK. Permanent Waves became Rush first US Top 5 album hitting #4 and was the band fifth Gold (eventually Platinum) selling album. The album also marks a distinct transition from heavy metal and progressive rock into a more accessible, radio-friendly style and consequently, a significant expansion in the band record sales with perennial favorites such as “”The Spirit of Radio”” and “”Freewill”” seeing considerable radio airplay.

“”The Spirit of Radio”” featured the band early experiments with a reggae style, which was explored further on Moving Pictures and Signals.
A notable track on Permanent Waves is “”Jacob Ladder””, a song style reminiscent of their earlier art rock period. Exploring odd time signatures, the song possesses a dark, ominous feel. The song lyrics are based on a simple concept; a vision of sunlight breaking through storm clouds. The title is a reference to the natural phenomenon of the sun breaking through the clouds in visible rays, which in turn is named after the Biblical ladder to heaven on which Jacob saw angels ascending and descending in a vision.
“”Entre Nous”” (“”Between Us””) is similar in style to “”Freewill,”” yet it did not receive heavy radio airplay, and was not featured in concerts until the Snakes and Arrows tour. The ballad “”Different Strings”” polarized many Rush fans and critics; some radio stations featured the song, while others never played it. While the band began stepping back from the epic song format on this album, “”Natural Science”” does clock in at over nine minutes and is composed of three distinct movements. The lyrics are driven by concepts of natural science, examining themes of evolution, genetics and civilization, as well as Man responsibility to the arts and sciences. It has been played, with slight alterations, on every tour from Test for Echo forward.

The cover art sparked some controversy due to the appearance of the “”Dewey Defeats Truman”” headline on the newspaper. Due to pressure from the Chicago Tribune, Hugh Syme changed the text to “”Dewei Defeats Truman””. The billboards in the distance were changed from Coca-Cola (who objected to the use of their logo) to include each band member name in similar type style. The waving man is cover artist Hugh Syme.

The writing of the album began in July 1979, at a farmhouse at Lakewoods Farm in Ontario, Canada on Georgian Bay, Lake Huron while Peart started his lyrics in a cottage near there. They began with an instrumental jam, which they nick-named “”Uncle Tounouse””. Parts of this were used in the songs on the album. While Peart worked on lyrics, Lifeson and Lee would work on musical ideas in the basement. Within a few days they had put together “”The Spirit of Radio””, “”Freewill””, and “”Jacob Ladder””, which came very naturally to them, and it was recorded on a Slider JVC mobile unit. “”Entre Nous”” was the only lyric complete ahead of time.
Neil was working on making a song out of Sir Gawain and the Green Knight, the medieval epic from King Arthur time. Based on the story written in the 14th century, he was trying to keep its original style. It was deemed too out of place with the other material and was discarded. They moved into Sound Kitchen studio in Toronto to record demos, joined by producer Terry Brown. “”The Spirit of Radio””, “”Freewill””, and “”Jacob Ladder”” were further polished on the warm-up tour during soundchecks.
In 1982, Lee told Rolling Stone Magazine that the album title referred to “”a theory that was going [within the band] about, like, culture waves; and there was a night when Neil said that a big album was like a permanent wave and I told him, ‘that our title.'””
Rush headed to Le Studio in Morin Heights, Quebec and began tweaking the settings of instruments and positioning of microphones. They recorded basic tracks with multiple takes until they captured the best performance. While Lee, Lifeson, and Terry Brown began overdubs, Peart began attempting to write another epic song to replace the discarded “”Green Knight””, and after enduring three days of writer block, “”Natural Science”” was born. Fin Costello was then brought in to photograph the band in the studio. Cover art director Hugh Syme was also brought in and added a piano solo to “”Different Strings””. Music was composed for “”Natural Science””, with some leftover parts from “”Green Knight””. The tide pool effects for the song were created by splashing oars in the private lake, and the natural echo outside was used to record various instruments. The rough mixes on the album were complete, and the final mix was completed in a week at Trident studios, London.

Just to prove they hadn’t entirely broken with the past, Rush also featured a couple of epics on Permanent Waves. The best was Jacob’s Ladder, a song inspired by the natural phenomenon of the sunlight breaking through the clouds, itself an allegory for the Biblical vision of angels seen by Jacob.

Weaving through a myriad of time signatures, the song also nods towards the band’s fondness for Led Zeppelin, and despite Geddy Lee’s assertion on the R40 tour that the song hadn’t been performed live previously, it featured in the 1981 live album Exit… Stage Left. 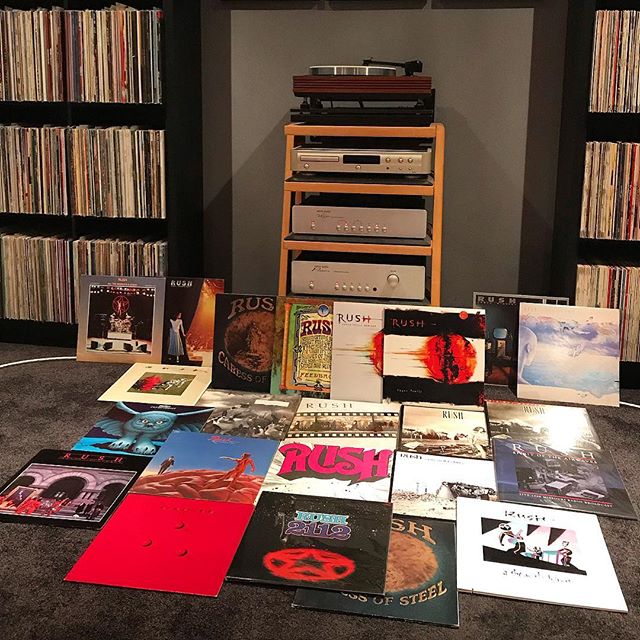 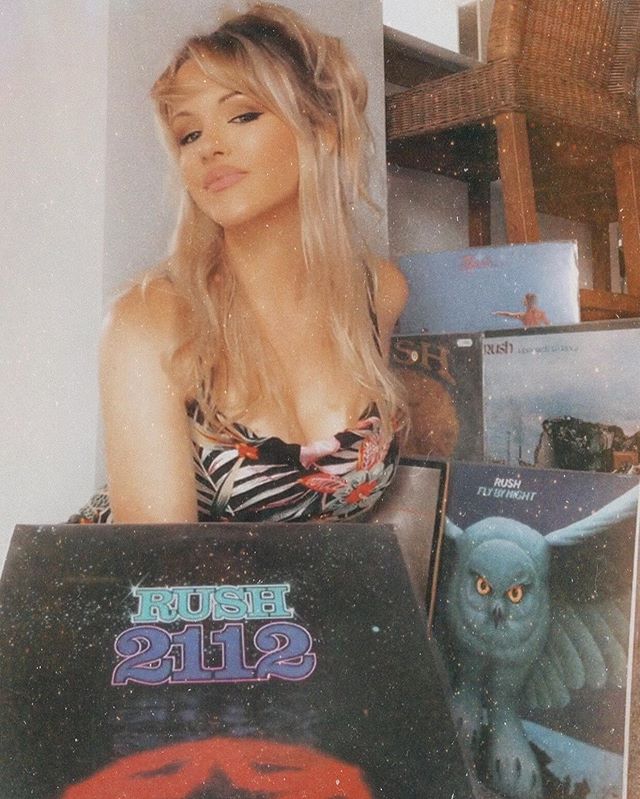 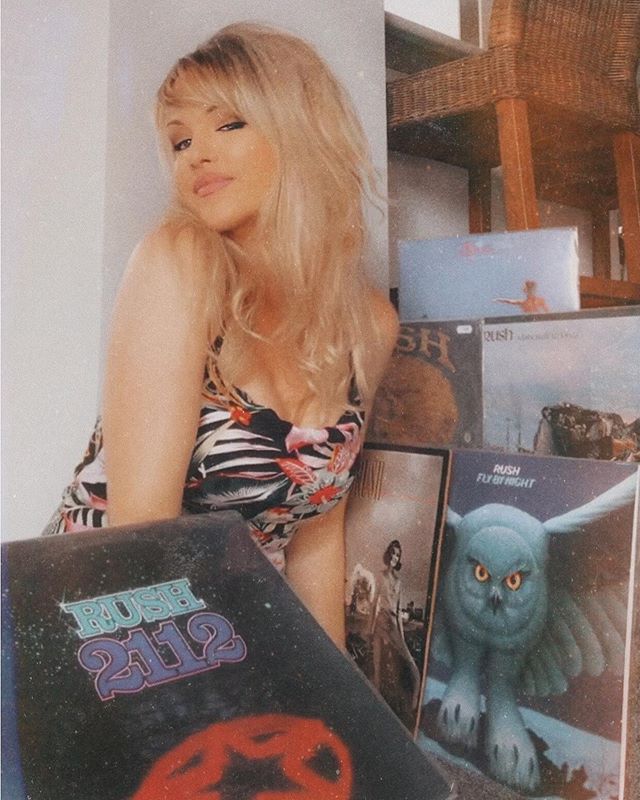 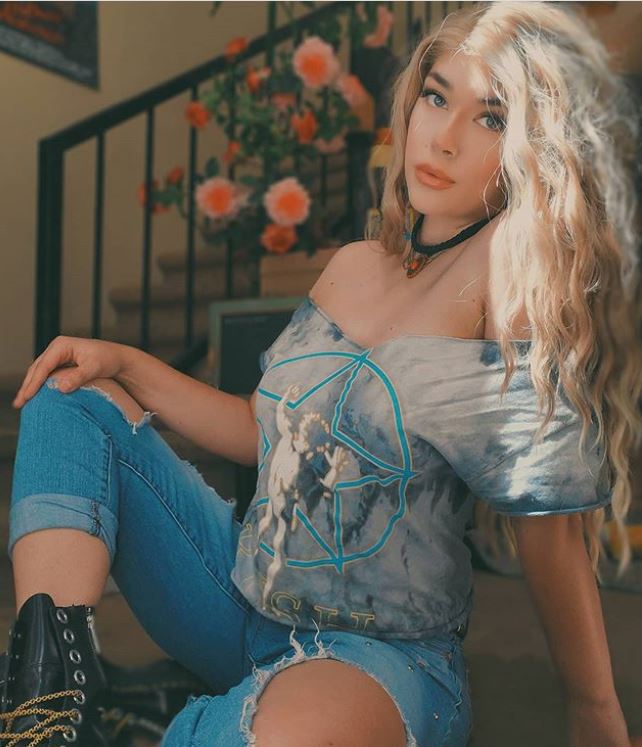 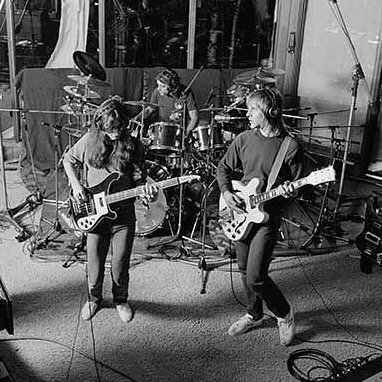 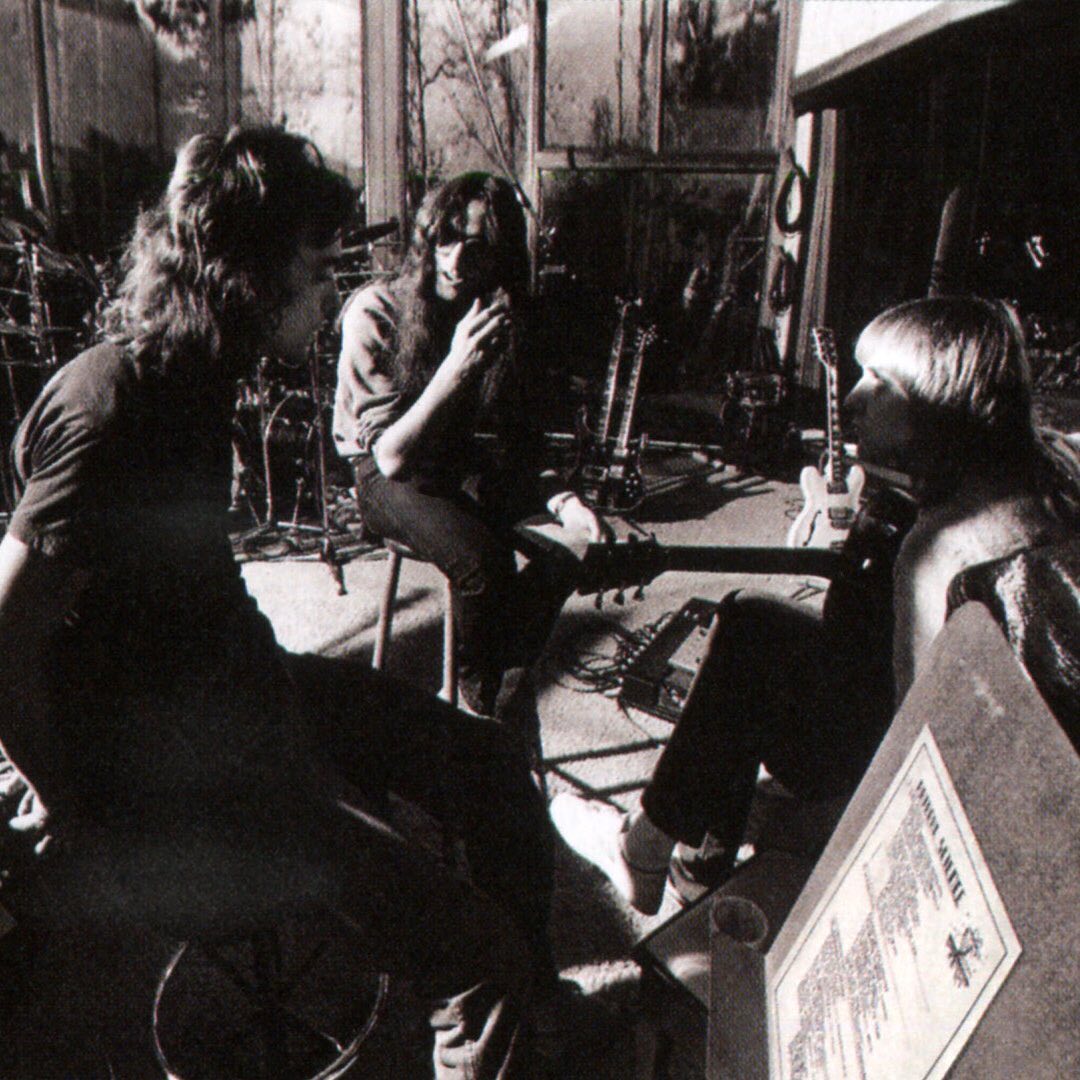 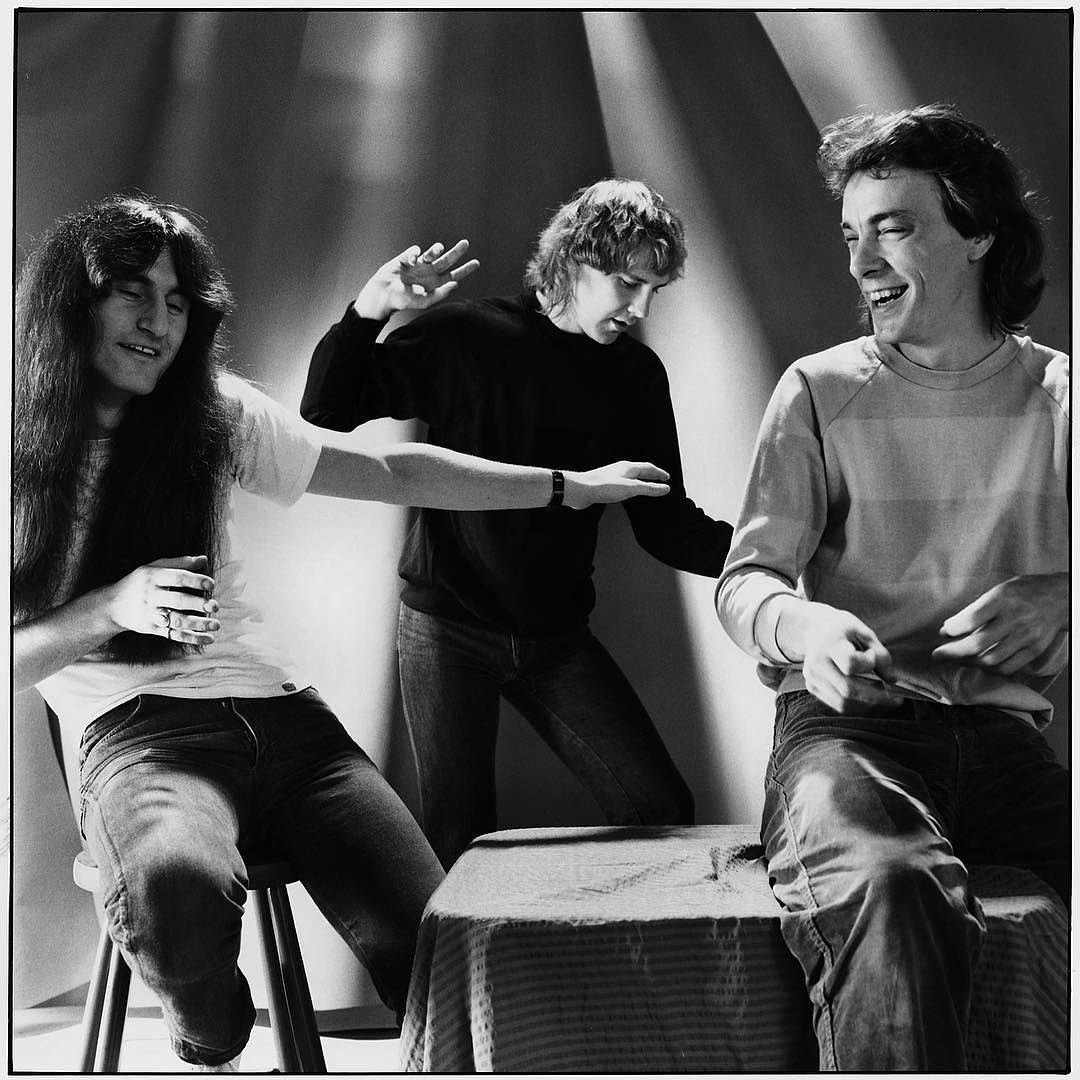 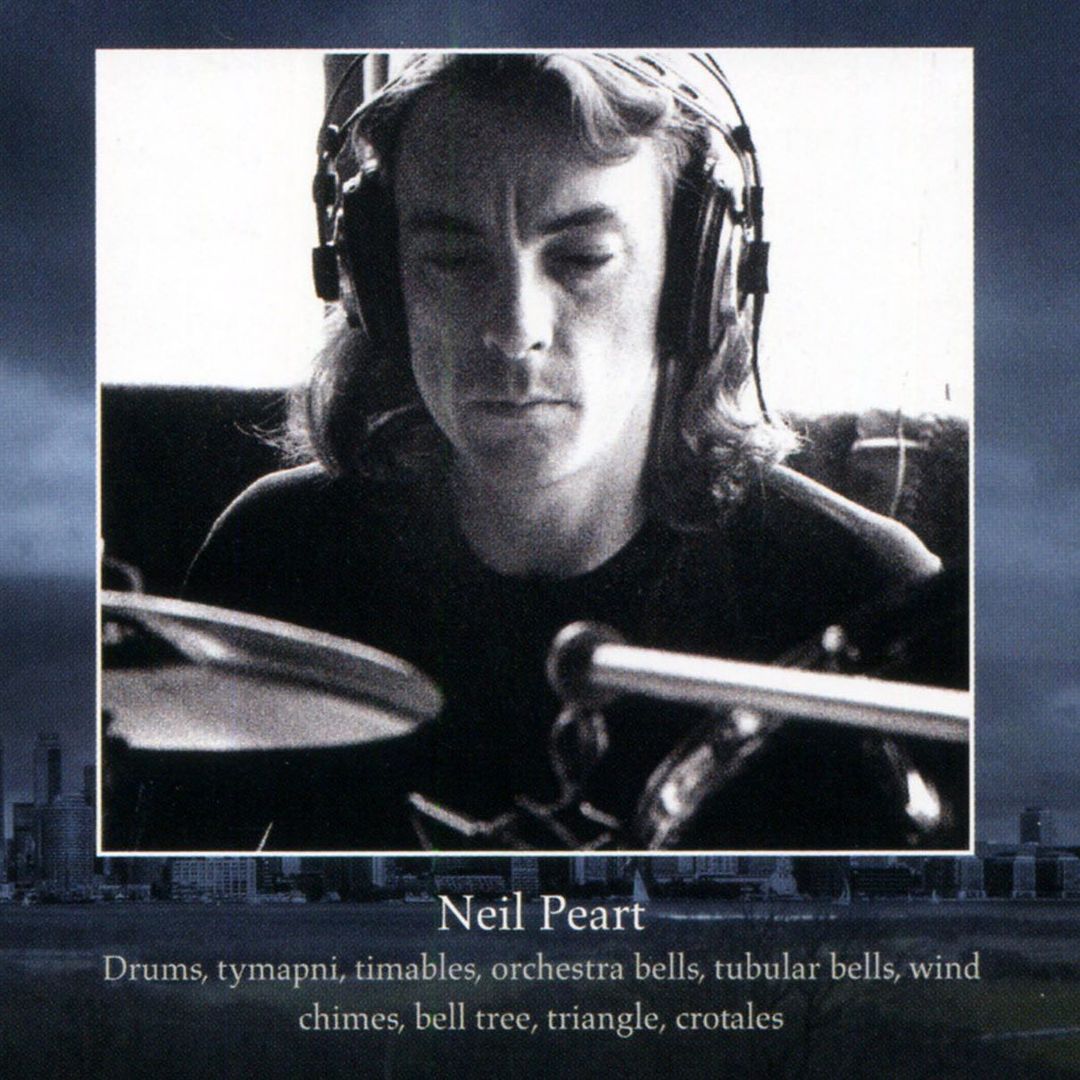 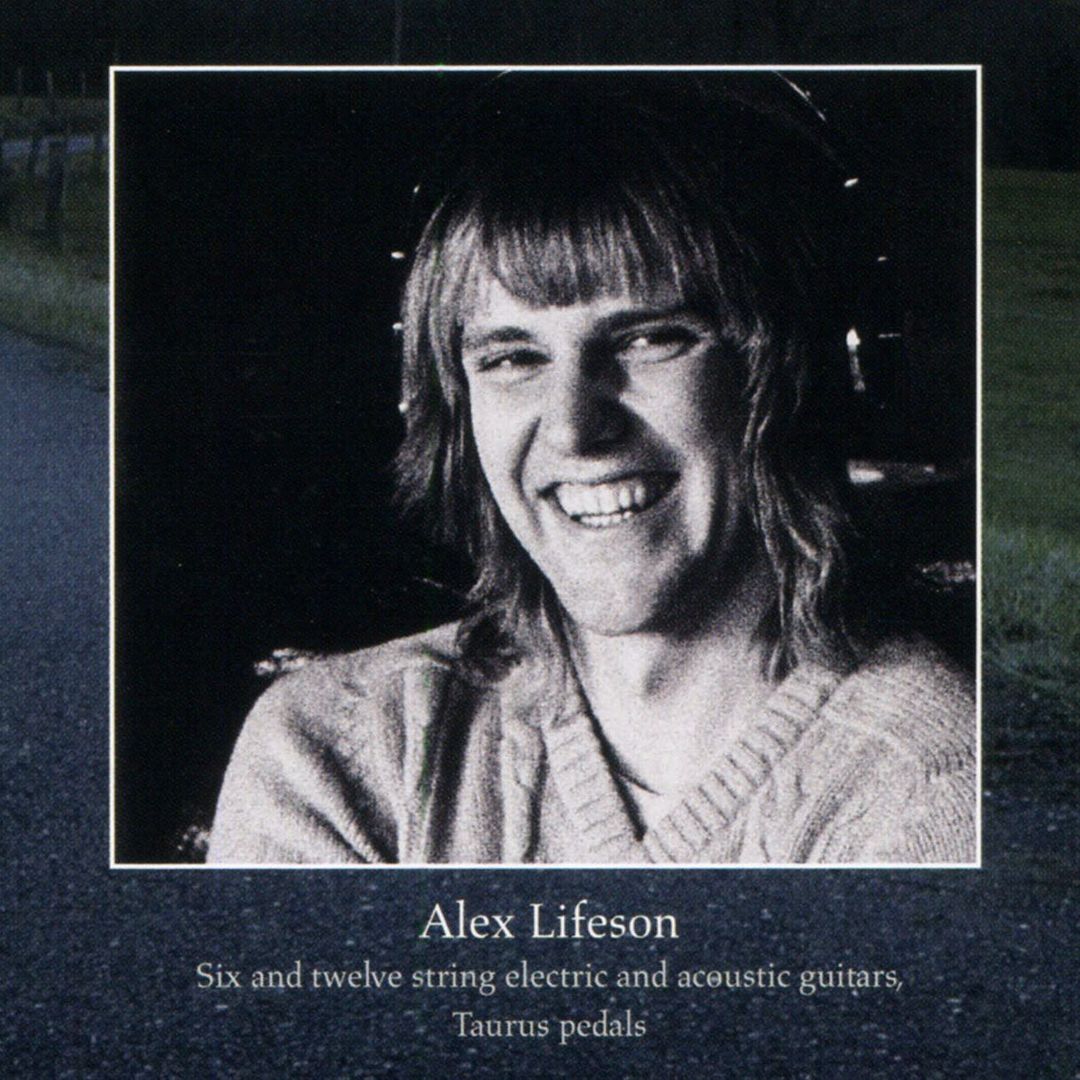 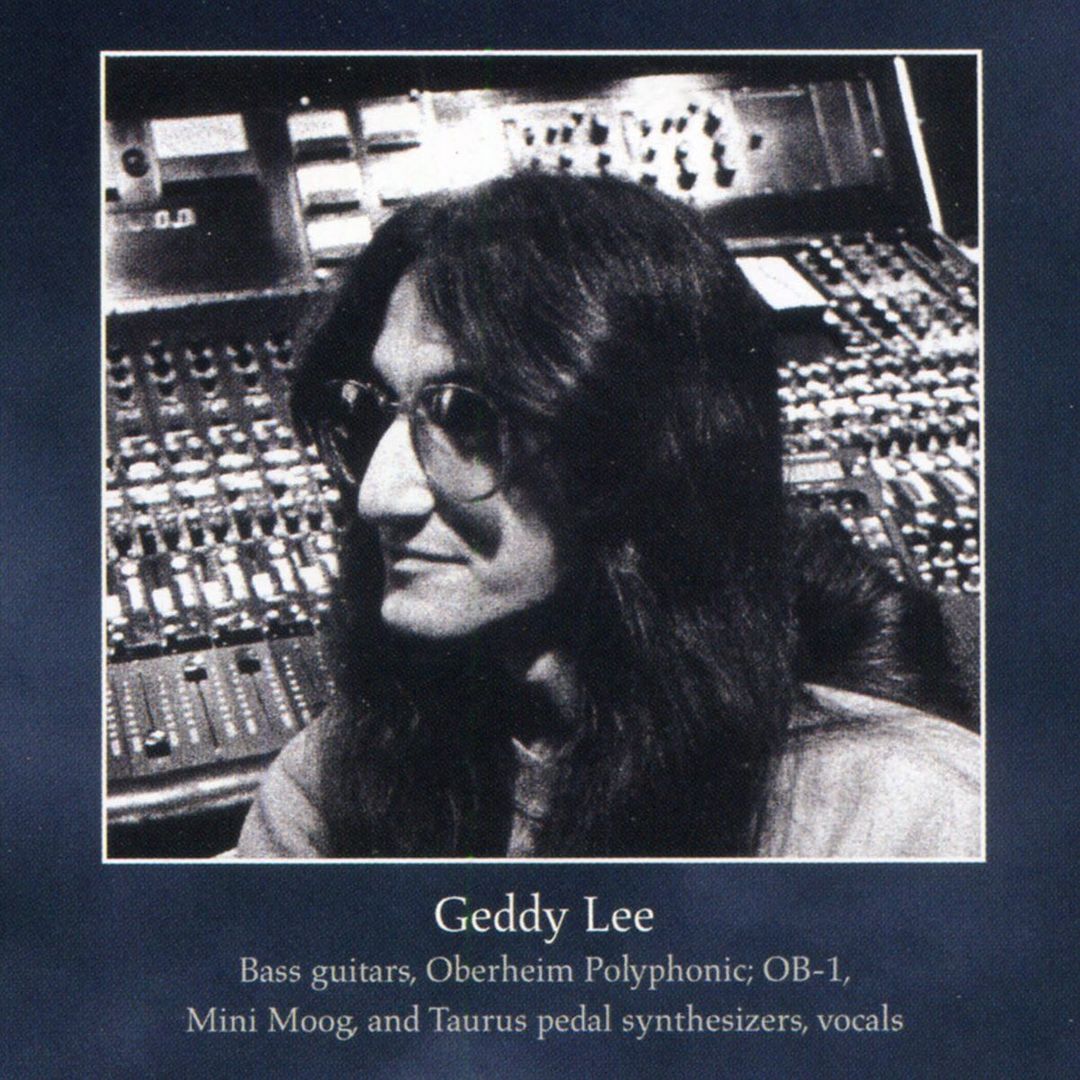 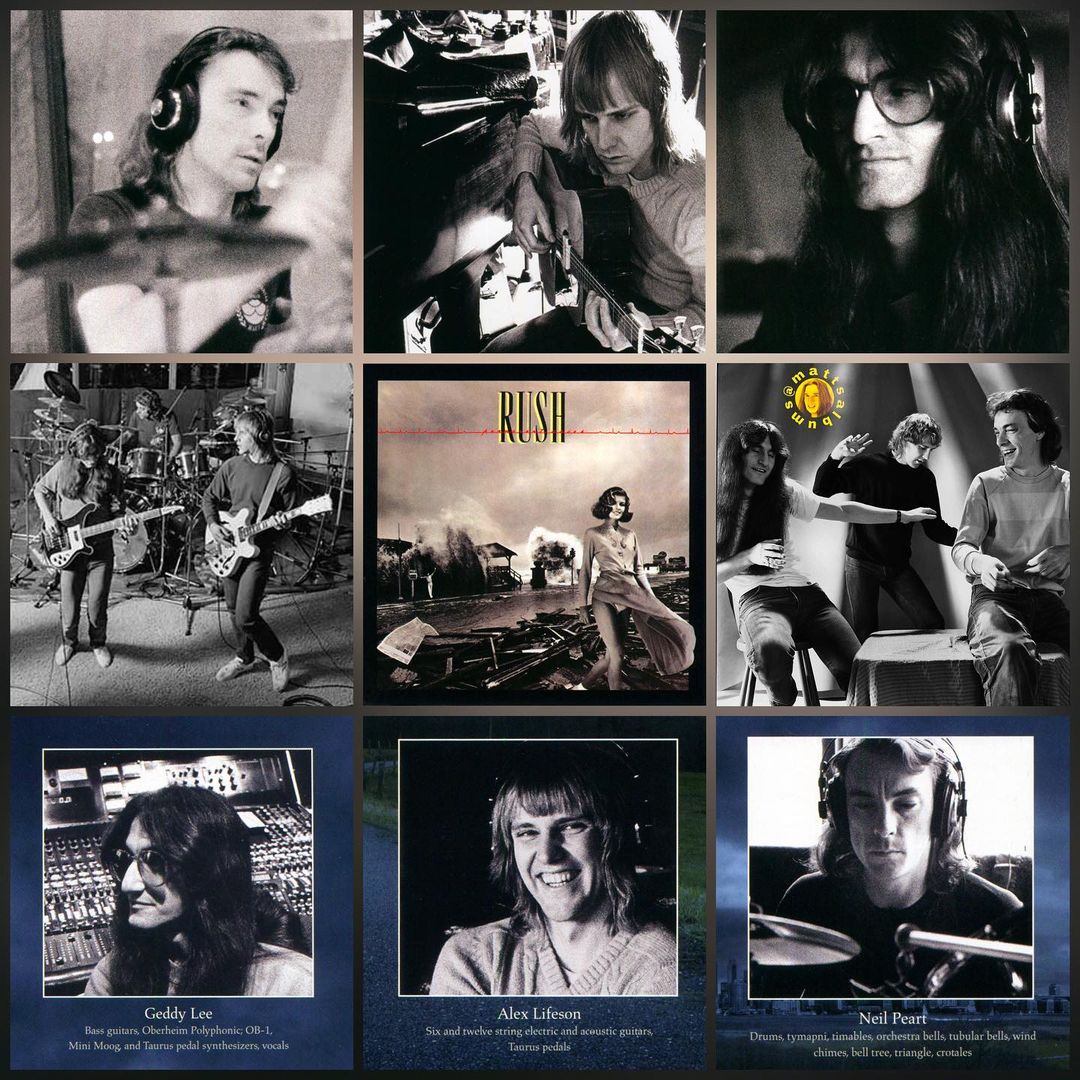 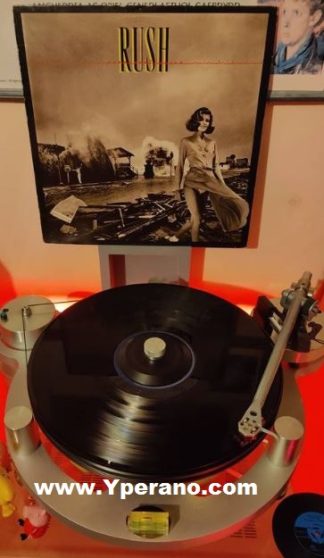