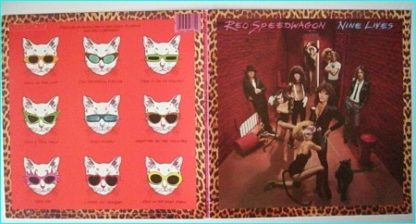 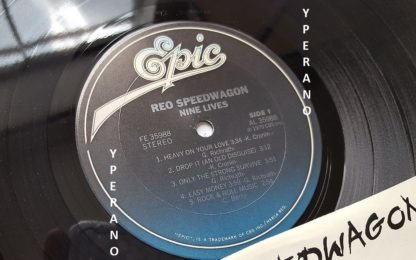 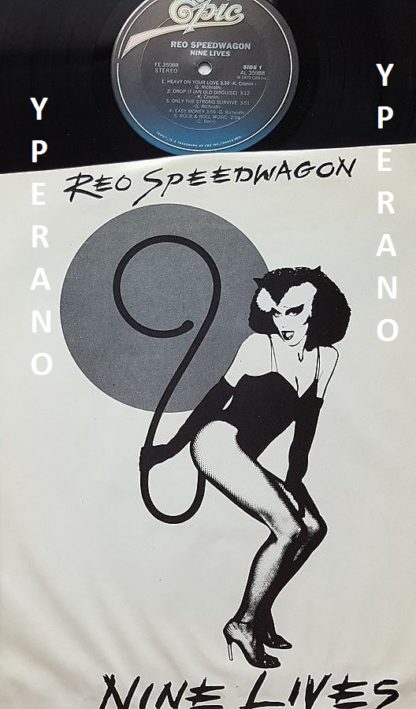 Nine Lives is the eighth studio album by REO Speedwagon and featured nine songs (hence the title Nine Lives). It was their eighth studio release and the last REO album to prominently feature a more hard rock sound. The band would turn to more pop-oriented material with 1980 Hi Infidelity.

REO Speedwagon gets slagged regularly, but they always deliver in concert and the freewheelin’ Nine Lives, their (natch) ninth, sports one cool sleeve: tight leather, suspenders, fishnets, and cat chicks. The black circle inside rocks mightily also. Bassman Bruce Hall steps up to the plate with “”Back on the Road Again,”” a stadium stage staple that kept these Illinois boys makin’ noise on the radio. The Caribbean vibe in the hard luck “”Easy Money”” can’t touch the Scorpions’ 1979 foray into reggae (“”Is There Anybody There?””), but old reliable axeman Gary Richrath keeps the number burning. The obligatory ballad, “”I Need You Tonight,”” is one of REO best cuts ever with priceless piano from Neal Doughty, the most unsung keyboardist alive. The whole quintet cooks on the stony nugget “”Meet Me on the Mountain,”” the Led orgasm “”Heavy on Your Love,”” barroom showoff “”Drop It,”” and unheard single “”Only the Strong Survive.”” REO next record sparked a phenomenon, and the band never kicked out a set as rocking and carefree as Nine Lives again.

Comes in a gatefold cover

In his 2012 memoir, NO SLEEP ‘TIL SUDBURY: Adventures in ‘80s Hard Rock and Metal Deconstruction, Canadian author Brent Jensen references a specific “white hot” moment when a music artist’s creative “spark” burns brightest. Although the Illinois-based band REO Speedwagon would launch into the stratosphere in 1980 with the release of their multi platinum-selling, pop-flavored, #1 monster, Hi Infidelity, I’ve always maintained that REO’s creative “white hot” moment is reflected best in the grooves of Hi Infidelity’s rock-fueled predecessor, Nine Lives. And for longtime fervent followers such as myself, it’s kinda hard to believe that this fat-free, wrinkle-free, fit as a fiddle LP will be 42 y.o

Given the popular disco craze of the era, Nine Lives was considered a heavy rock slab at the time. Presented in black spandex, black leather and even a black gangsta suit, the band members’ appearance was sleeker and edgier-looking than on their previous eight album covers. Nine Lives soon reached #33 on the Billboard 200 chart and achieved gold status (500,000 copies) by December 1979.

Despite the band’s heavier sound and sexier look, what makes Nine Lives one of the two shiniest jewels of the REO catalog is the songs — nine well-crafted, all-new, signature-style, radio-friendly rock treasures from a still-hungry combo.

Crank up this song anytime you’re thinking of getting “Back On The Road.”

A Cronin / Richrath collaborative songwriting effort, “Heavy on Your Love” kicks off the record with a ferocious opening Richrath riff, glossed with Neal Doughty’s fat and moist classic organ styling — leading into Cronin’s libido-driven proclamation, I’m gettin’ heavy on your love, every night. Gettin’ ready for your love, with all of my might. Richrath’s wah-wah work on “Heavy” is simply bottom-blistering. And just when you feel the strength to offer up a half-hearted, “Thank you, sir. May I have another?” he thwacks ya again with the blistering guitar intro of track #2, “Drop It (An Old Disguise)” — a magnificent cock-rocker, accented by Doughty’s super-crisp piano solo.

A pair of Richrath-penned compositions, “Only the Strong Survive” showcases all things beautiful and glorious about REO at the time and “Easy Money” depicts a presumed fictional experience of being busted while smuggling cocaine inside a guitar case into Peru — a compelling far cry from “Can’t Fight This Feeling,” that’s for sure.

“Pastor” Cronin “preaches” love and forgiveness convincingly in “Take Me,” while his engaging love song, “I Need You Tonight” arguably is the record’s most infectious earworm. Featuring an irresistible Doughty piano solo, it could have been a comfy fit on Hi Infidelity.

Another high-octane highlight, “Meet Me on the Mountain” segues seamlessly into bassist Bruce Hall’s lead vocal contribution, the hard-driving, record-closing, “Back on the Road Again.” Telling an authentic tale of being a rock dude on the road, Hall seemingly promises a “tour chick,” Maybe I’ll see you the next time that I’m around. Ha-ha — of course you will! This furious track remains a staple of both classic rock radio playlists and the band’s concert setlist.

A publicity photo of the group around the release of Nine Lives: 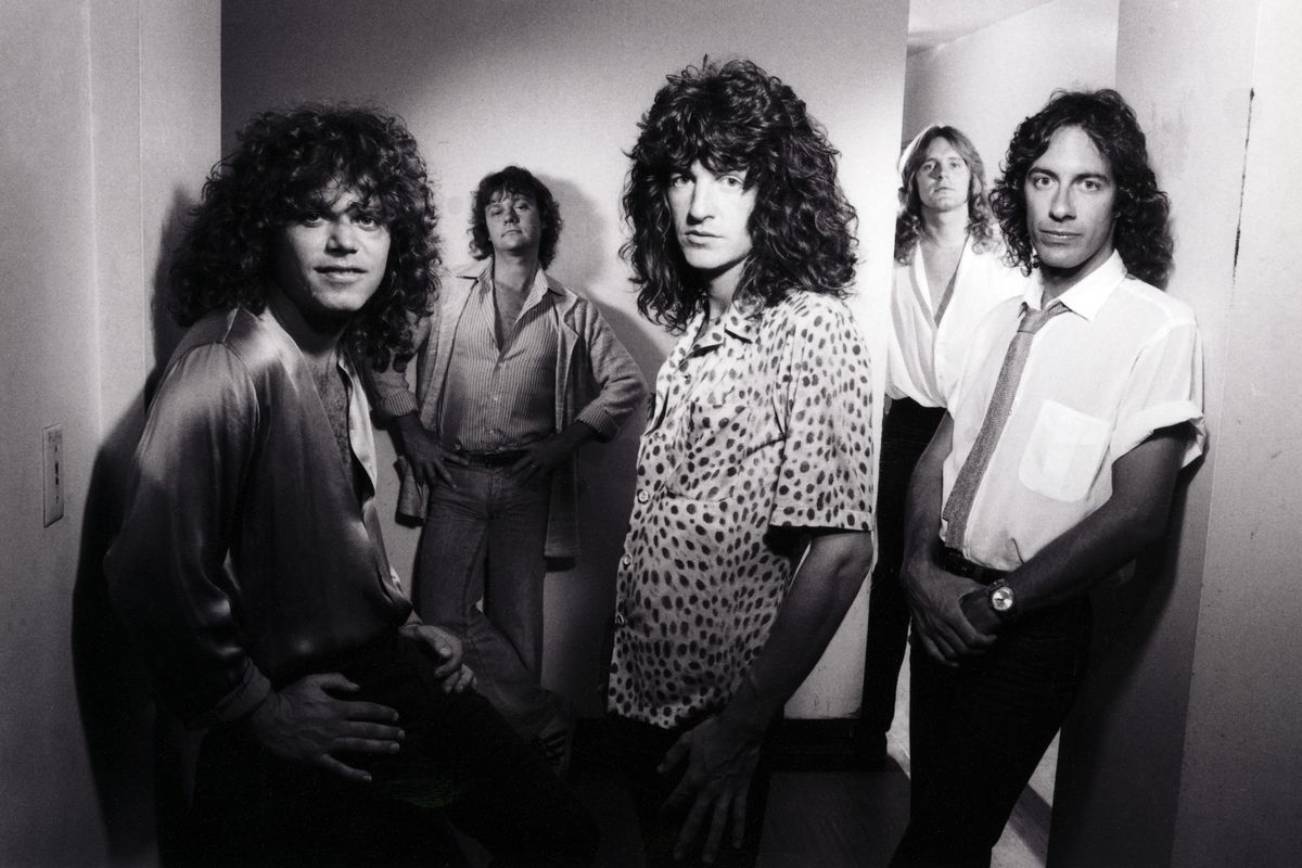 Before signing off, I should point to the musical “Krazy Glue” that holds Nine Lives together so famously — the no-nonsense, meat and potatoes work of co-founding drummer, Alan Gratzer. The band’s oft overlooked, unsung MVP, Gratzer was a major influence for many young aspiring drummers of the day — myself included.

By the mid ‘80s, they’d become the anointed “Princes of Pop Provolone.” However, in the late ‘70s, REO Speedwagon were the crowned “Kings of American Hard Rock.” And no other record found in their impressive catalog screams that point more profoundly than Nine Lives. A “white hot” moment, indeed. 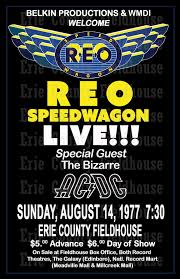 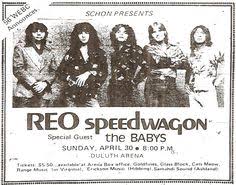 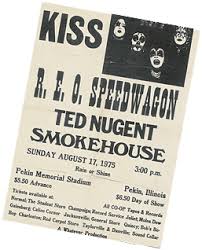 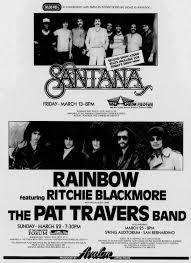 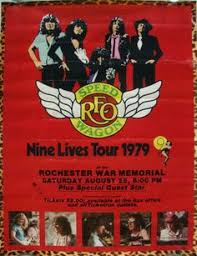 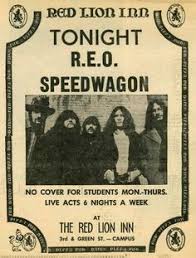 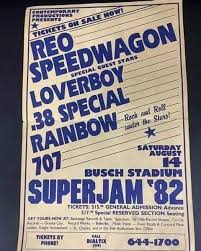 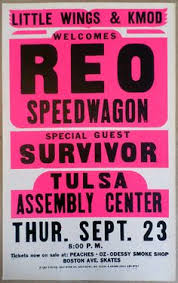 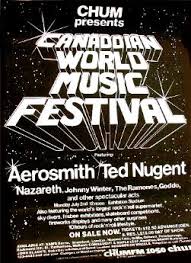 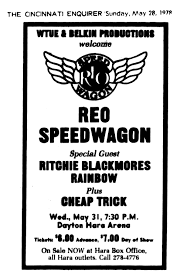 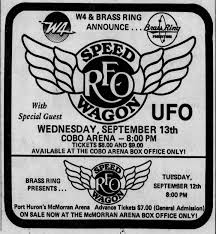 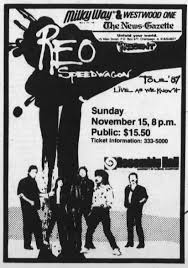 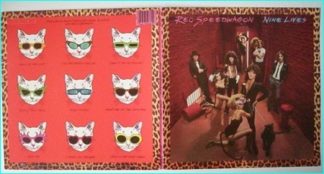