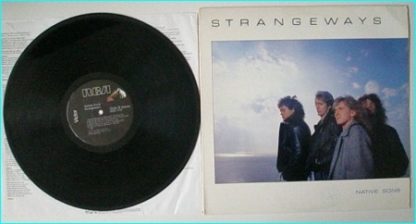 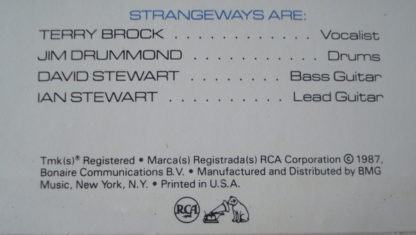 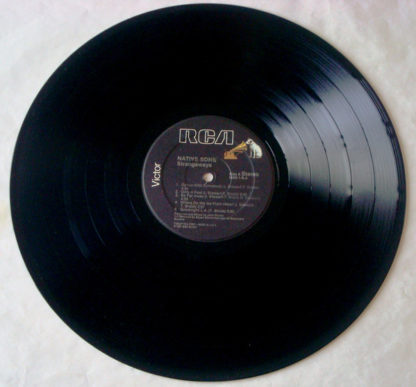 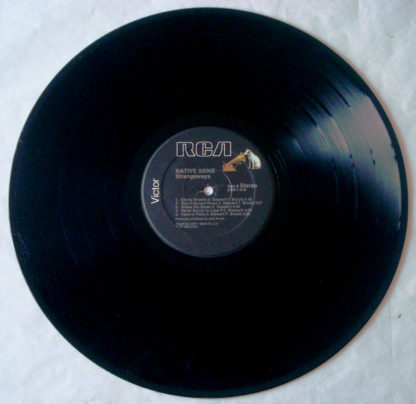 STRANGEWAYS: Native Sons LP 1987 US press. Best AOR album ever. Check “Only A Fool” video and audio + two videos of the actual LP for sale.

Voted as one of The 10 Greatest AOR Albums Of All Time!

+ a video of the actual LP for sale.

+ another video of the actual LP for sale. 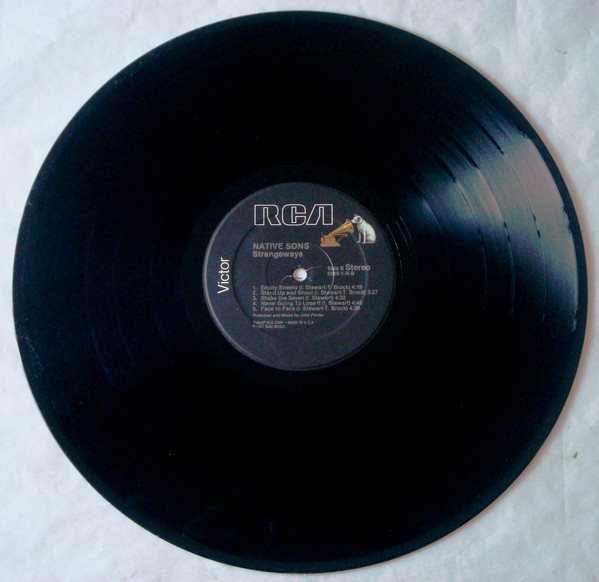 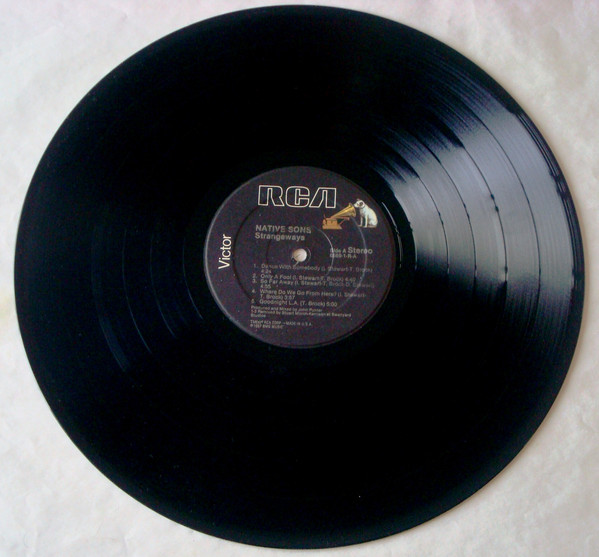 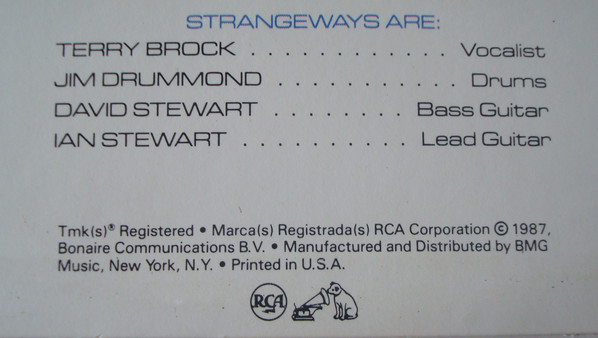 STRANGEWAYS “Native Sons” is the definitive version to one of the best albums from the burgeoning ’80s British AOR scene.
After the short tenure of vocalist Tony Liddle in the first Strangeway’s album, the Stewart brothers (guitar / bass) and Jim Drummond (drums) went back to the drawing board and decided to have another shot at convincing their first choice singer to come over and join the band, with American vocalist Terry Brock finally doing just that.
So perfect was the fit that Brock ended up co-writing a majority of the record with the previously autocratic Ian Stewart, and with new keyboard player David ‘Munch’ Moore replacing Alan Thomson they went back to the familiar surroundings of Powerplay Studios in Zurich with producer John Punter and proceeded to take the AOR / Melodic Rock world by storm, or at least the section of it that were in the know.

Nothing I could write about “Native Sons” could come close to expressing the pleasure it’s given me since I picked it up on the day of its release back in January 198.
There’s the irresistible drum groove and guitar riff of ‘Dance With Somebody’, the sheer melody of ‘Only A Fool’, Terry Brock’s voice breaking through the stratosphere on ‘So Far Away’ and Ian Stewart’s masterful guitar on the dynamic ‘Where Do We Go From Here?’, all with brilliant arrangements that build each track into a masterpiece.

The Brock written ‘Goodnight L.A.’ is another soaring ballad that proves he was listening to a lot of Steve Perry at the time, whilst the brooding ‘Shake The Seven’ is one of many tracks that highlight the amazing musicianship in the band, with a drum beat and bass line to die for beneath Ian Stewart’s inventive guitar parts and ‘Munch’ Moore’s outside-the-box keyboard punctuation.

The upbeat ‘Empty Streets’, the hypnotic ‘Never Going To Lose It’ and the haunting ‘Face To Face’ make up the rest of this perfect album, along with the out and our rocker of the album; ‘Stand Up And Shout’.

Possibly the best British AOR album of all time.
A MUST HAVE CLASSIC

‘Native Sons’ was Strangeways’ second release and the band first with Terry Brock.
The original review in Kerrang, written by the legendary Derek Oliver has Oliver is in ecstasy. Can we look back twenty years and listen, and still be convinced? You bet your life. This album has more than stood the test of time. It has grown in stature with each passing year, making comparative judgement easy.
Who would have believed that three Scots and a singer from the United States would record the best melodic rock album in history, with ‘Walk In The Fire’, their third release, trailing close behind. Yes, ‘Foreigner 4’, Journey ‘Escape’, Survivor ‘Vital Signs’, and probably a few more, are all contenders, but those albums have all lost a little of their lustre in recent years, whereas an admittedly remastered ‘Native Sons’ and ‘Walk In The Fire’ have been burnished by time.

Strangeways was brothers Ian (he wrote the songs) and David Stewart, the first on guitars, the second on bass. The band was rounded out by drummer Jim Drummond and vocalist Terry Brock.

For anyone who hasn’t heard ‘Native Sons’, it was produced by Britain John Punter, better known at the time for his work with Roxy Music and Slade. It nothing like the flatpack melodic rock releases we hear far too often nowadays. Albums that assemble into something functional, utilitarian, with only a skin deep resemblance to something a lot more solid and inspired. Unaffected by post modernism and unhindered by today cynicism, ‘Native Sons’ is riven with moments of sweetness and old fashioned romance. Brock sings these songs of love, loss and life heartbreakingly across a canvas of melodic rock echoes and shades, loaded up with luscious melodies and inventive arrangements.

and Up And Shout’ is a splendid slab of pumping, high octane AOR. o Far Away’ and ‘Empty Streets’ come tantalisingly close to the edge of melodic rock genius. Punter pulls off every trick in the book, borrowing one or two of the best ideas from Journey and John Waite albums before alchemising the tracks into something more powerful and long lasting. David Stewart and Jim Drummond lock into rock solid rhythms and Ian Stewart more than gives Neal Schon, Mick Jones and Frankie Sullivan a run for their money.
Elsewhere, ‘Goodnight LA sorrowful swell and ‘Only A Fool achingly romantic sentiments vividly illustrate how best to write and perform an hypnotic, radio friendly ballad.

1. Dance With Somebody
2. Only A Fool

Be the first to review “STRANGEWAYS: Native Sons LP 1987 US press. Best AOR album ever. Check “Only A Fool” video and audio + two videos of the actual LP for sale.” Cancel reply 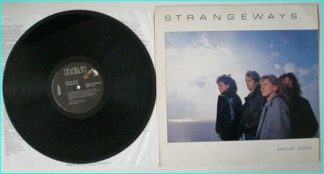 You're viewing: STRANGEWAYS: Native Sons LP 1987 US press. Best AOR album ever. Check “Only A Fool” video and audio + two videos of the actual LP for sale. € 22.75
Add to basket