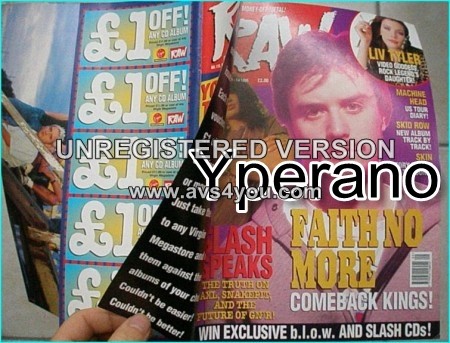 Interview with Jay Bentley about punk rock, signing to Atlantic and the departure of Brett Gurewitz.

Pogoing, gobbing and screaming f**k, that was Punk 1976-style. But not any more, say Americas core exponents, BAD RELIGION. After 15 years and eight albums, they’re an overnight sensation. HUGH HACKETT steps back in amazement.

TWELVE MONTHS ago, Bad Religion were at a difficult stage in their career. The Californian quintet were the epitome of the underground scene; worshipped by an ever-growing fan-base, selling out every show, shifting plenty of records, yet completely unknown to the vast majority. One of the problems was that albums like suffer'(1988), ‘No Control'(’89) and ‘Generator’ (’92) were hard to find in the UK. Another was that the bands own label, Epitaph, was finding it difficult to spread the word. Hence, in a shock move last year, Bad Religion defied an age-old Punk Rock ethic and succumbed to the call of the major label (Atlantic in the States, Sony in Europe).
And the ploy would appear to have paid off handsomely, with the name Bad Religion finally getting some well-deserved recognition. Here in the UK a respectable 15,000 orders have been placed for the bands ’21st Century Digital Boy’ single and worldwide sales for their stupendous stranger Than Fiction’ album — their eighth to date — currently stand around 350,000. Its an impressive figure that dwarfs many ‘bigger name’ acts. And the band were just as surprised as anyone.
“The stranger Than Fiction’ album did much better than we expected,” grins bassist Jay Bentley. “With our previous records we’ve been pretty much able to plan a growth chart of how new records would sell and it would be pretty consistent. But we surprised ourselves with this one.”
The current Punk Rock resurgence must have helped.
“People want to call this phenomena Punk Rock, but I don’t see it like that,” Jay states. “After 15 years, the bulk of people who buy records have caught on that this type of music is really viable. Its not a joke or a bunch of people screaming, ‘F**k! 15 years is a long time’. But I’ve never wanted to be an overnight sensation ‘cos that puts a strain on what you’re doing.”

NEVERTHELESS, MEGA-bucks have finally come the way of Bad Religion. Ditto Green Day and Offspring who also laboured for years prior to being rooted in Americas Top Ten for the last six months, outselling Bad Religion along the way. Bentley denies any jealousy at seeing his former contempories go through the roof.
“I’m very proud of what our bands done, so to be envious of what was happening to other bands would belittle everything thats happened in the last 15 years,” stresses the four-stringer. “To think like that would make everything you’d done seem worthless. Beside, its been a pleasure for me to be involved with this band. A unique opportunity that I’ll be able to look back on in later life and feel very proud.”
Bad Religions achievements will be all the more satisfying for the fact that the band never went out of their way to court success.
“In the early ’80s we made a demo and shopped it around the small independent labels in Los Angeles. The first stumbling block we came across was that nobody wanted to deal with us,”Bentley recalls. “So we just put out our own records ourselves. Our theory is, if you go into a room full of 100 people and 99 of them like you, theres no time to try and convert that other person. We just keep on doing what we’re doing – theres more than enough workload with the other 99 people!”
The label Bentley refers to is Epitaph Records, now home to a host of excellent bands including Offspring, NOFX and Rancid. Until recently, Jay continued to split his time between Epitaph and his band, so he appreciates the differences between major and independent labels more than most.
“Its more than just selling records or getting higher visibility,” he opines. “I’m the most sceptical person in the world when it comes to relinquishing control, but I had to realise when the workload went beyond my capacity.
“We were spending less and less time being a band, and we had to do something about it. But the way we’re feeling now, it was the best decision we ever made!”

SPEAKING OF Epitaph leads to the subject of founder member Brett Gurewitz, who quit last year to look after the label. Rumours have suggested that Gurewitz, who co-wrote half the material with frontman Greg Graffin, would re-join the band at some point. So, is he in or out?
“As far as I can tell hes out,” stresses Jay. “A guy called Brian Baker became our guitarist, and it would be insulting to all of us after everything thats been said and done, to say we want Brett to work with us in the studio again.”
What about using Bretts songs in future?
“I don’t know and I don’t care,” responds Bentley pointedly. “People keep asking me and I keep going, ‘I don’t know. Why don’t you call him and ask if you’re so interested?’ If he writes a song, what he decides to do with it is his business.”
When I suggest that Bretts departure sounds acrimonious, Jay says “No,” then bursts our laughing.
“The 15 years we had with the guy were some of the greatest times I can remember,” he begins. “But we also had some unbelievably bad times, not that it was any one persons fault. But going on the road with Brian has been the most pleasant experience of the last three years. There was more communication than I could ever have expected from this band. In the pas, it had got to a point where we were used to the fact that no-one spoke to each other, but it doesn’t have to be that way. Everybody had been close to saying, ‘F**k this, this is a nightmare’.”
It sounds like the good ship Bad Religion is a much happier place to be these days.

RELIGIOUS UPBRINGING
The how and why on the Bad boys.

Big break: The current second wave of Punk has bought BR long-awaited recognition as the Godfathers of the US scene. Signing to Atlantic for stranger Than Fiction’ confirmed their new status.
http://www.thebrpage.net/img/media/501_people_screaming_fk_p1_h70.jpg
http://www.thebrpage.net/img/media/501_people_screaming_fk_p2_h70.jpg
Definitive quote: “Punk Rock is a feeling, its in my bones. Its in my f**king marrow,” Brett Gurewitz.