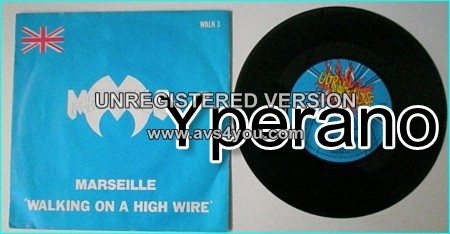 Though this single was released quite late on in 1984, a couple years after Over and Over, which came out 1979, Its still one of the stronger efforts from these guys. Basically, it contains the same awesome formula that made earlier releases from this band killer. A strong mix of well thought out vocal hooks (power melodies really, like Bonfire), mixed with some ballsy crunching guitars, not unlike Bitches Sin. What these guys do not only within their songs, but within their albums or singles themselves, is fuse the melodic, AOR tinges, with the toughness, ballsy NWOBHM attitude and sound. Two songs on this one, and there is some really recommended melodic NWOBHM to be found here.

The title track is a pop-rock song, pure and simple. With the keys and the tame riffs, it sounds like Van Halen around this era. The real show comes with the killer track Too Late a fired up ballsfest that bands like Satan would be proud to call their own. The riffage is great sounding like early Riot with its dirty, 70s-ness. Seriuosly, this track just screams NWOBHM. The vocal/guitar mating is just par excellence, with axemanship and classic, soothing vocal harmonies interplaying perfectly. A stunner from start to finish, this track deserves a place on any best of NWOBHM compilation seriously. The a-side is a commercial track, packaged here with a tougher rocker to appease the headbangers in a move that was common with 80s metal singles (every band from NWOBHM to Dokken a cunning strategum). While the a-side isnt their strongest moment, its passable because of the gutsy b-side. Honestly though, how much does this track sound like Van Halen? Worth checking out for the stellar Too Late.

Be the first to review “MARSEILLE: Walking On A Highwire 7″ N.W.O.B.H.M 1984 + Too Late. Check both songs AND video” Cancel reply 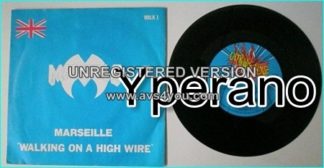