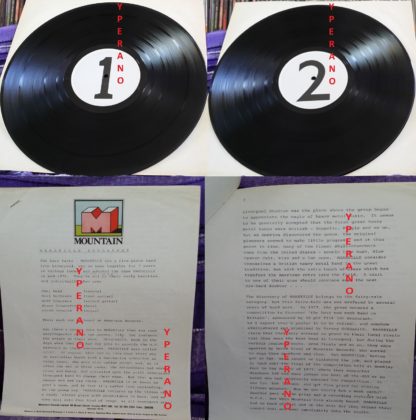 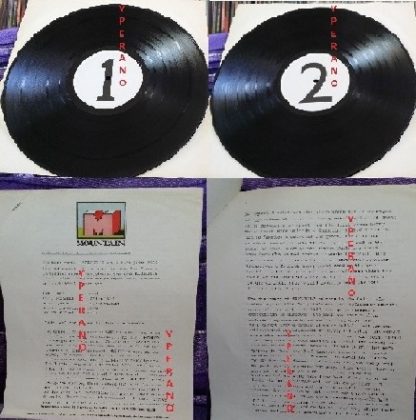 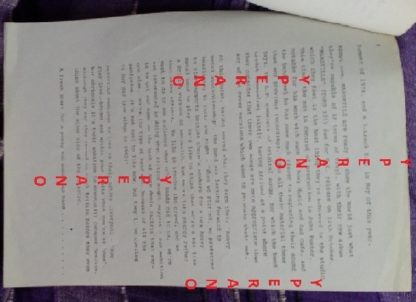 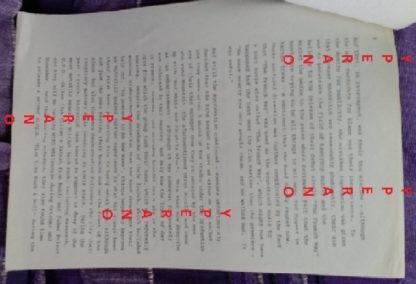 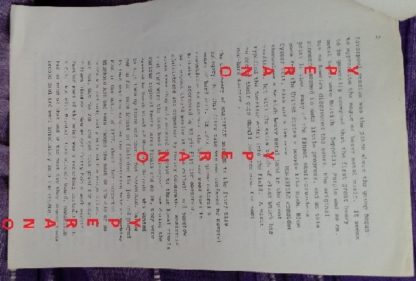 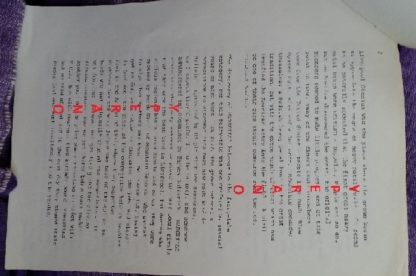 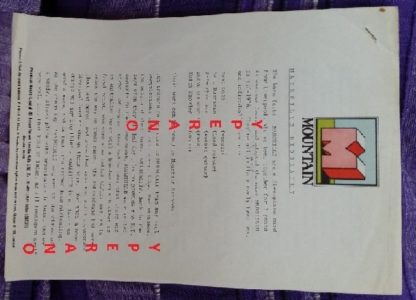 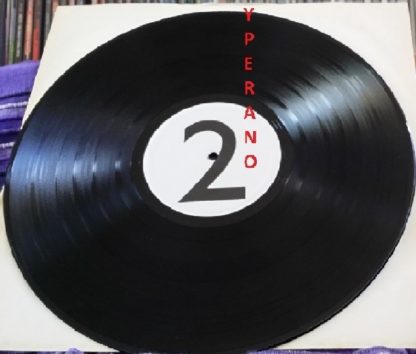 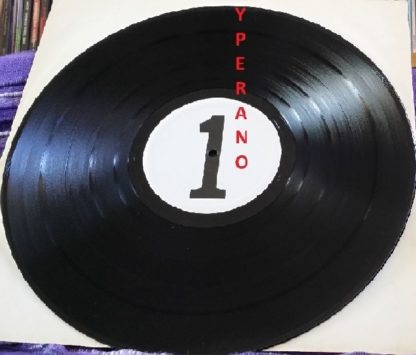 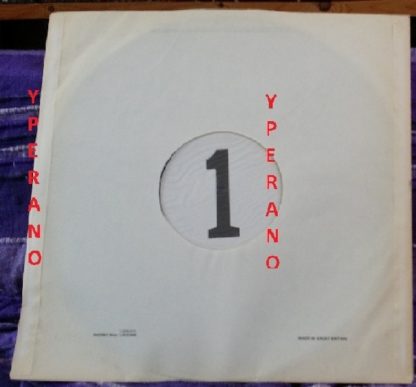 “We took the name because ‘Marseille’ was a French rough seaport like Liverpool. All tracks on this album were recorded ‘live’ so what you hear is not manufactured in any way” 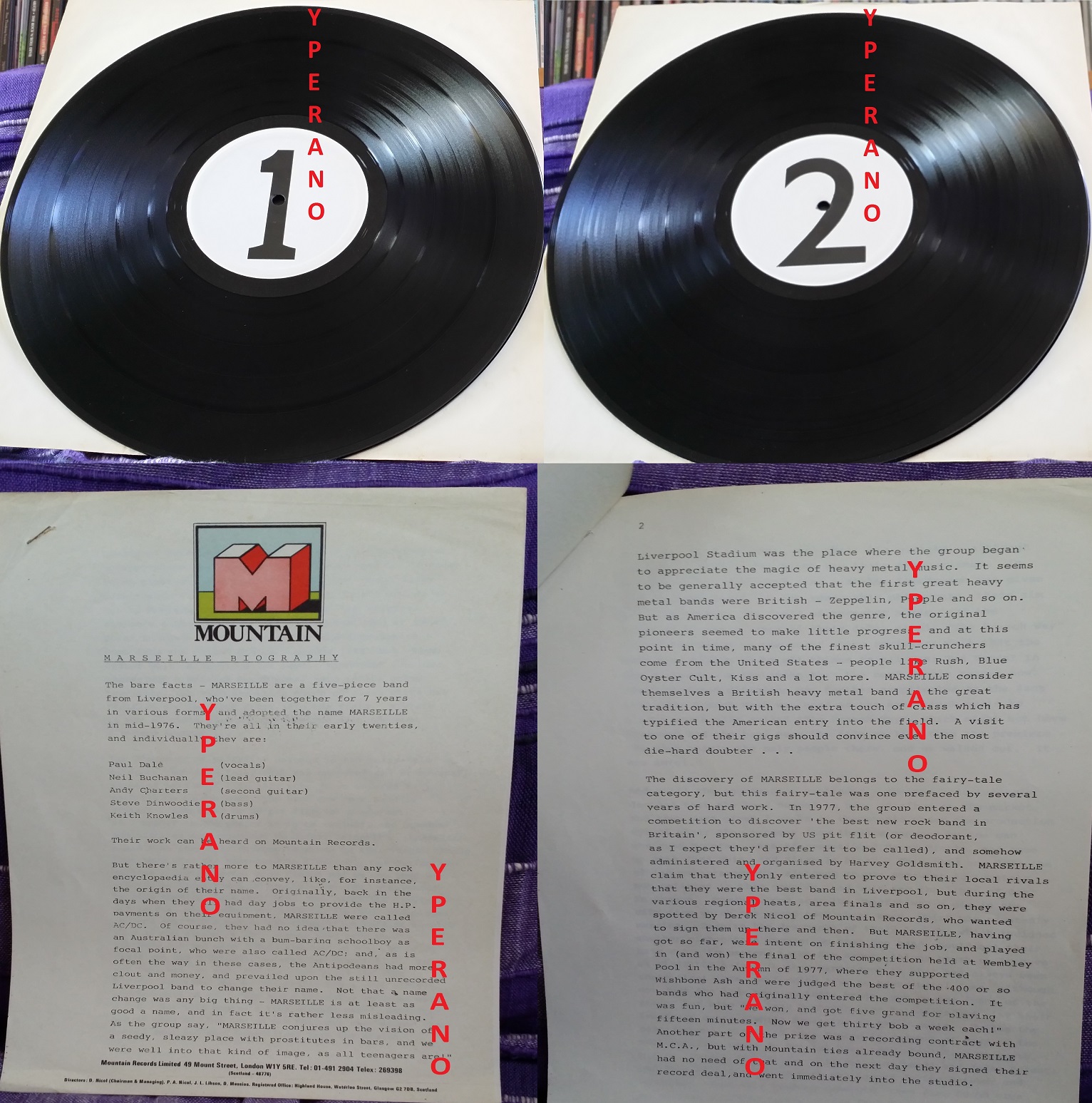 Their second album release, the eponymous Marseille, received radio airplay, extending their fanbase in the UK. Several tracks off this album featured in the “Alternative Top 20 Charts” published in Sounds (magazine) with other emerging New Wave of British Heavy Metal bands such as Saxon, Def Leppard and Iron Maiden. Marseille were the first NWOBHM band to tour and have an album released in the USA on RCA Records. The band promoted their “Marseille” album on tour in the USA with Scottish rock band Nazareth and American south coast boogie band, Blackfoot during the summer of 1980. Unfortunately the band arrived back in the UK to witness the demise of “Mountain”, their record and management company. With all their equipment still stranded in the USA the band were forced off the road and into a two year legal battle with liquidators which precluded them pursuing another recording contract. During this time Paul Dale, Andy Charters and Neil Buchanan left the band. Andy moved to the USA and Neil began a successful career in TV. The two remaining members, Keith Knowles and Steve Dinwoodie later recruited vocalist Sav Pearse and guitarist Marc Railton from local Liverpool band “Savage Lucy” to complete a third album entitled “Touch The Night” on the “Ultra Noise” label in 1984.

This is the best NWOBHM album ever! The one Band who should have been bigger then Leppard.
Marseille   Marseille
Label: –
Format: Vinyl, LP
Country: –
Released: 1979
Genre: Hard Rock

B1 Walking Thro’ The Night
B2 Bring On The Dancing Girls
B3 You’re A Woman
B4 Don’t Wanna Hurt You
B5 Some Like It Hot     http://chirb.it/KDxpG6

There are some albums whose worth grows out of all proportion due to a personal relevance, whose significance is exaggerated simply because you, as an individual, believe they deserved better. Well Marseille’s debut is one such album, whose failure is made that much more galling by the fact that, twelve months later, would see the emergence of Def Leppard, a band whose style they uncannily reflected.I bought the album of the strength of my own gut instincts. It is Hard rock at its finest played by a bunch of kids who are too busy enjoying themselves to worry about what the future might hold. It’s full of accessible tunes, infectious choruses and stinging guitar breaks. It’s a mini masterpiece of unpretentious hard rock and I absolutely love it.
Marseille sound fresh and guileless and it’s an act of criminal negligence they never made it any farther than this.

The first time I came across the band was a support to Judas Priest, and just blew Judas Priest away. This album shows them at their most powerful. The boys kick out some kick ass riff ‘n’ roll.  Nonetheless, the quality of the competition that rode out from under the storied NWOBHM movement, overshadowed the likes of Marseille and many other young English hard rock/heavy metal groups.  Marseille managed to hang on for one more LP (Touch The Night), before calling it a day in the early ’80’s.
This is a very good album and I would recommend it to anyone who likes Leppard and other such outfits. Overall this has to be one of the best albums in my large collection. A band too good for their time.

While these guys seem to garner comparisons to Def Leppard, I don’t agree. Yeah, Marseille are also melodic hard rockers that popped out at the onset of the NWoBHM, but this, their “proper” album, is much quirkier and muddled than anything the Leps laid down in their classic years. The best cuts here have more of an American, Starz-ish quality, “Over and Over” and “Some Like It Hot” being blow-pop rock (hard on the outside, sticky sweet in the middle) of high quality, while more down ‘n’ dirty rockers like “Rock You Tonight,” “You’re a Woman,” and the slow-groovin’ “Armed and Ready” are fine enough. Then there’s the oddballs in the epic “Lady of the Night,” soft-rock ballad “Don’t Wanna Hurt You,” and then a far-out psychedelic cover in “Kites,” actually one of the album’s cooler tracks.

Marseille was a Hard Rock band from Liverpool, England, who originally called themselves AC/DC.

They changed their name to Marseille in 1976, with the arrival of the Aussie rockers on UK soil and released their debut album, Red, White and Slightly Blue on the Mountain label in 1978. Members included Paul Dale (vocals), Neil Buchanan (guitar) and Steve Dinwoodie (bass).

Their second release, the eponymous Marseille received airplay on local-radio, extending their fanbase. However record company issues and disinterest in the band caused Marseille to split-up after their third, and final release until their reformation, Touch The Night.

Be the first to review “MARSEILLE: Marseille LP 1979 white label test pressing with press release. Ultra Rare. NWOBHM. Underrated album. Check audio. None of their albums was ever released on CD.  ” Cancel reply 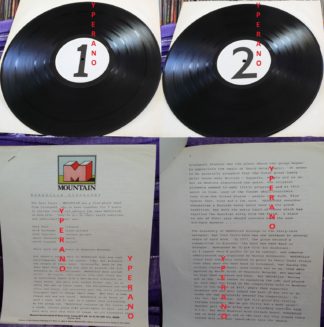