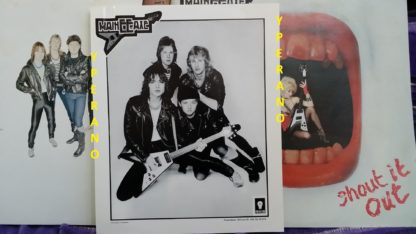 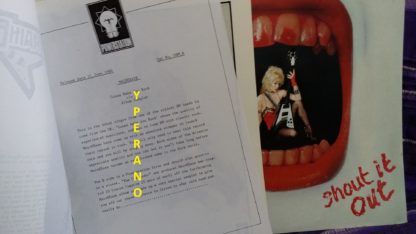 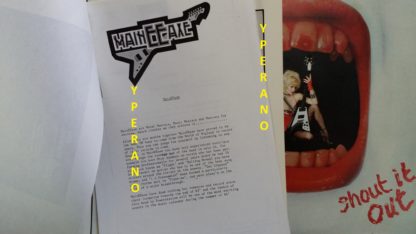 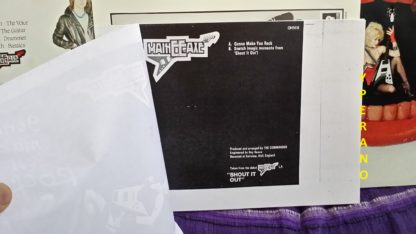 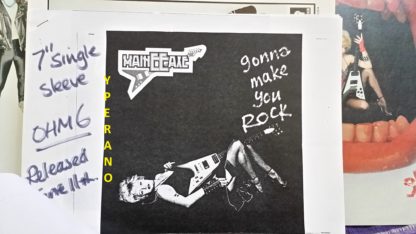 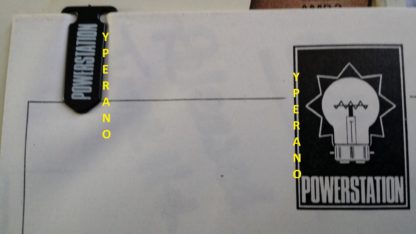 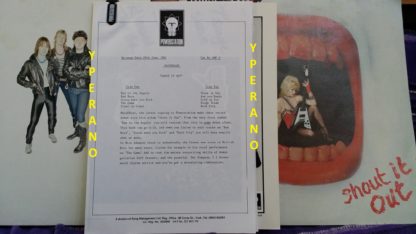 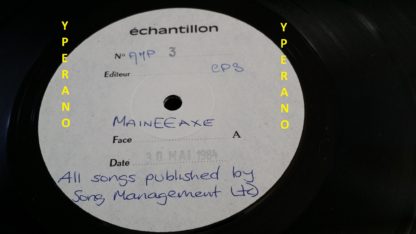 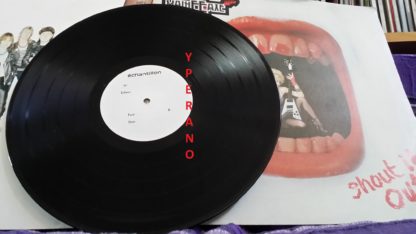 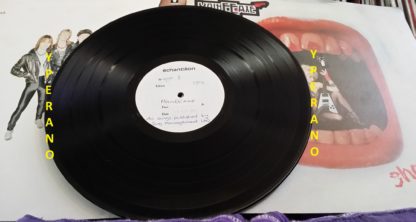 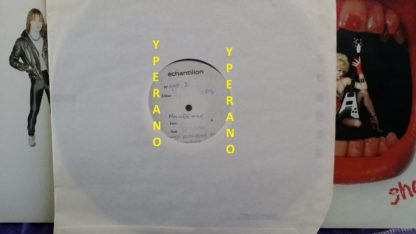 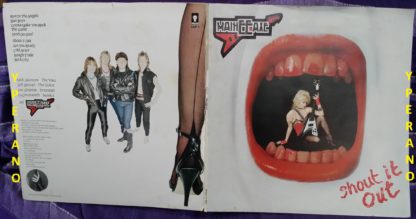 MainEEaxe came out just of the New Wave Of British Heavy Metal (NWOBHM) Singer Mick Adamson, was in Bulldog Breed, who s 1969 album, Made in England, is considered a minor psyche-rock classic in the Floyd/Hawkwind tradition. Shout it Out, the bands first album came out on Power Station in 1985. Shout It Out has many bright spots including Rock City a catchy riff-metal anthem that brings to mind Wiped Out era Raven, Run to the Angels, is a real arena-shaking hard rocker, and both Are You Ready and Cold As Ice have enough spit and sweating all over it.
shout It Out Loud’ is a hot, rockin’ debut album, that showed a lot of metal maniac fury and promise. Mick Adamson is a vocal queen, high on the delivery and accompanied by those blazing and often racy guitars which are courtesy of one Zeff Stewart. You will love this straight down the line, ballsy metal, churned out in short sharp shocks to the system, from the raging ‘Bad Boys’ and the leather clad ‘Run To The Angels’ with its sultry vocal sleaze and buzzing riff. Hot bloodied NWOBHM that so many bands of today could learn from.

MainEEaxe Shout It Out (1984)
Another band that came out just as the New Wave Of British Heavy Metal (NWOBHM) movement was losing momentum, MainEEaxe has been one of those bands that has captivated attention for a long time. The music is basically in the same direction early Saxon or Tygers Of Pan Tang only just a couple of years too late to breakout. You will always remember the cover Just look at it, its the epitome of Metal cheese. Definitely a rip-off of Sammy Hagars THREE LOCK BOX (1983) and I always like to compare the covers. Of course I always had a KISS connection to go with also, I always thought the mouth reminded me of Paul or Genes face-paint.

Maineeaxe is really solid and addictive NWOBHM. By 1984, the second wave of NWOBHM bands, headed by Tokyo Blade Avenger, & Maineeaxe. All the elements that I love from NWOBHM are present here: fast rocking guitars, influences from ’70s hard rock, good melodic vocals, catchy choruses, intense classic drumming… and that particular vibe which made all these releases so special. I can’t describe that concrete factor that gives the NWOBHM releases that incredible feeling, but I’m sure that it has something to do with the uncompromising and tough attitude from these early British metal bands. We can also perceive some mid ’80s melodic metal influences in songs as “Run to the Angels”, “The Game”, and “Steel on Steel”, something that was quite usual in the late bands of the movement, but during most of the time this is pure NWOBHM madness. Great for any NWOBHM fan. An enjoyable release.

Shout It Out is a really enjoyable album featuring spirited, good-time hard rock/metal. Maineeaxe was a British band that released two LPs and one EP for Powerstation Records, with Shout It Out being their début LP. Apparently nobody gave a crap about these guys when they arrived late to the NWOBHM party in 1984. This was unfortunate indeed, because these goofy looking bastards really offer some infectious ear candy! The first half of the album kicks serious ass due to rollicking, up-tempo cuts like Run To The Angels and Gonna Make You Rock. The fine ballad The Game provides a nice change of pace, too. The albums best track comes by way of the epic, Viking-themed Steel On Steel a real shot in the arm to the listener, as the songs thematic tone contrasts starkly with the rest of the album (which is mostly benevolent rocking). Who knew? By just looking at the albums Rocky Horror cover, one would never guess that Shout It Out could house such a mighty swing of the hammer!
Nice little package. 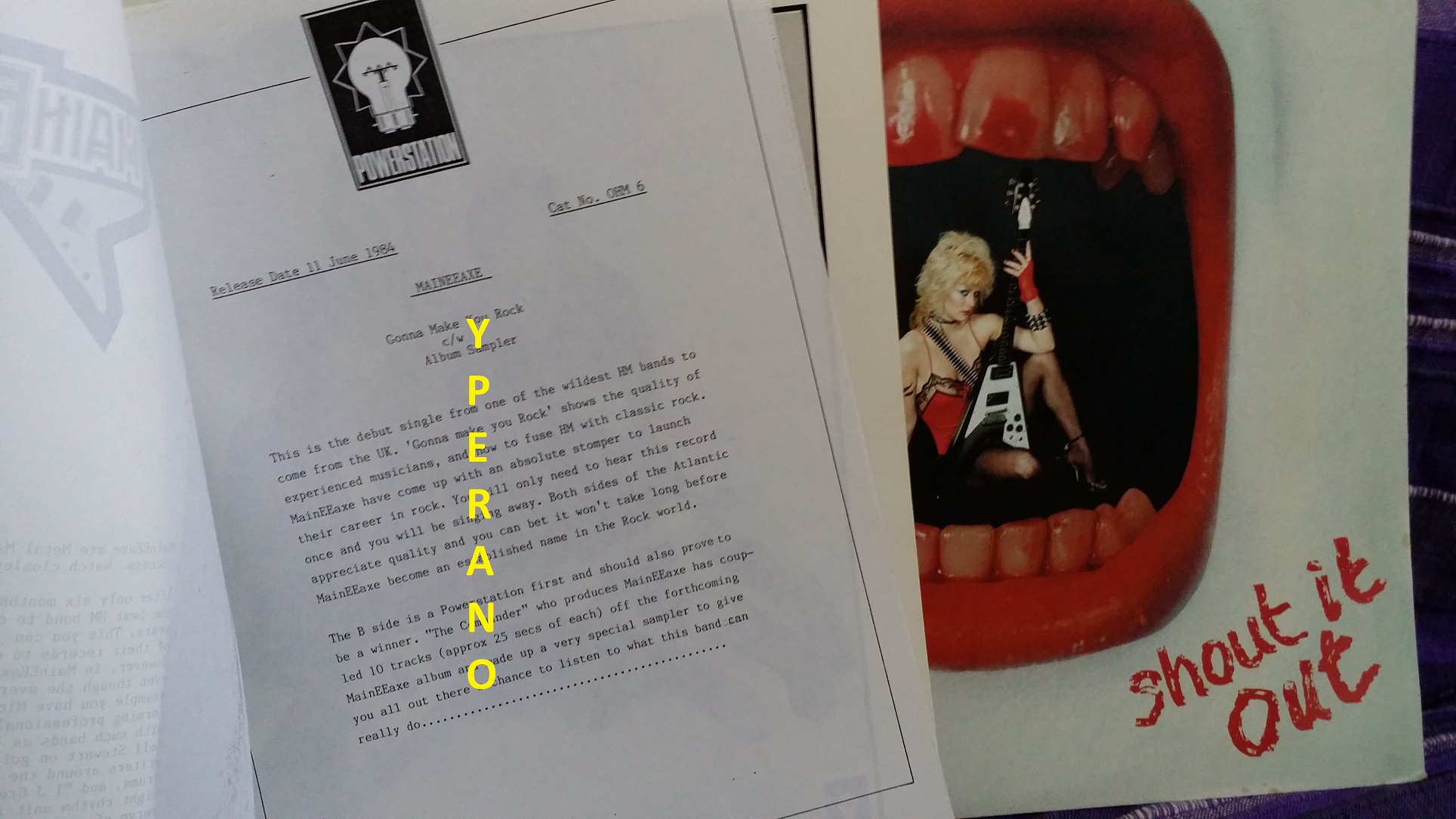 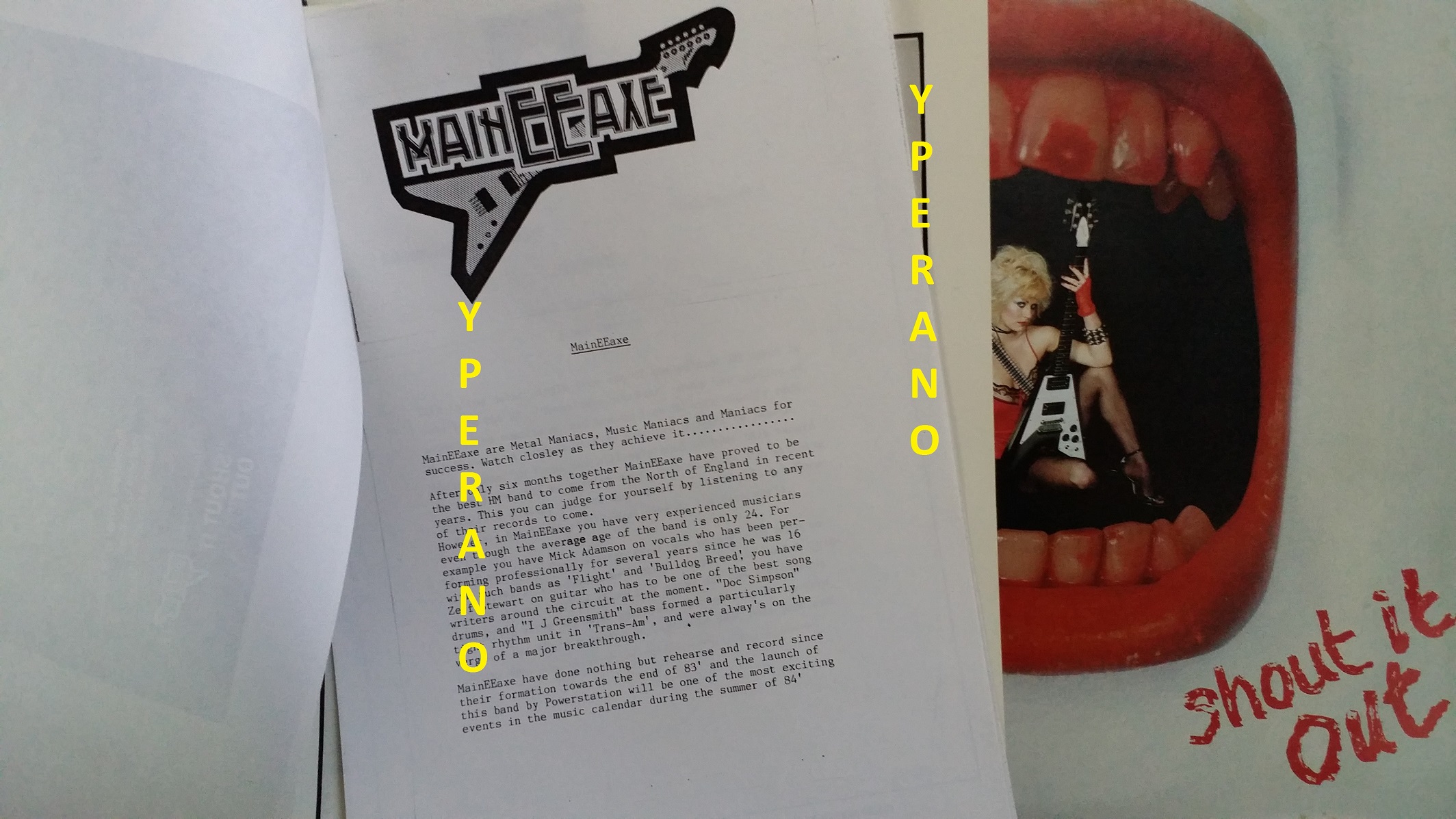 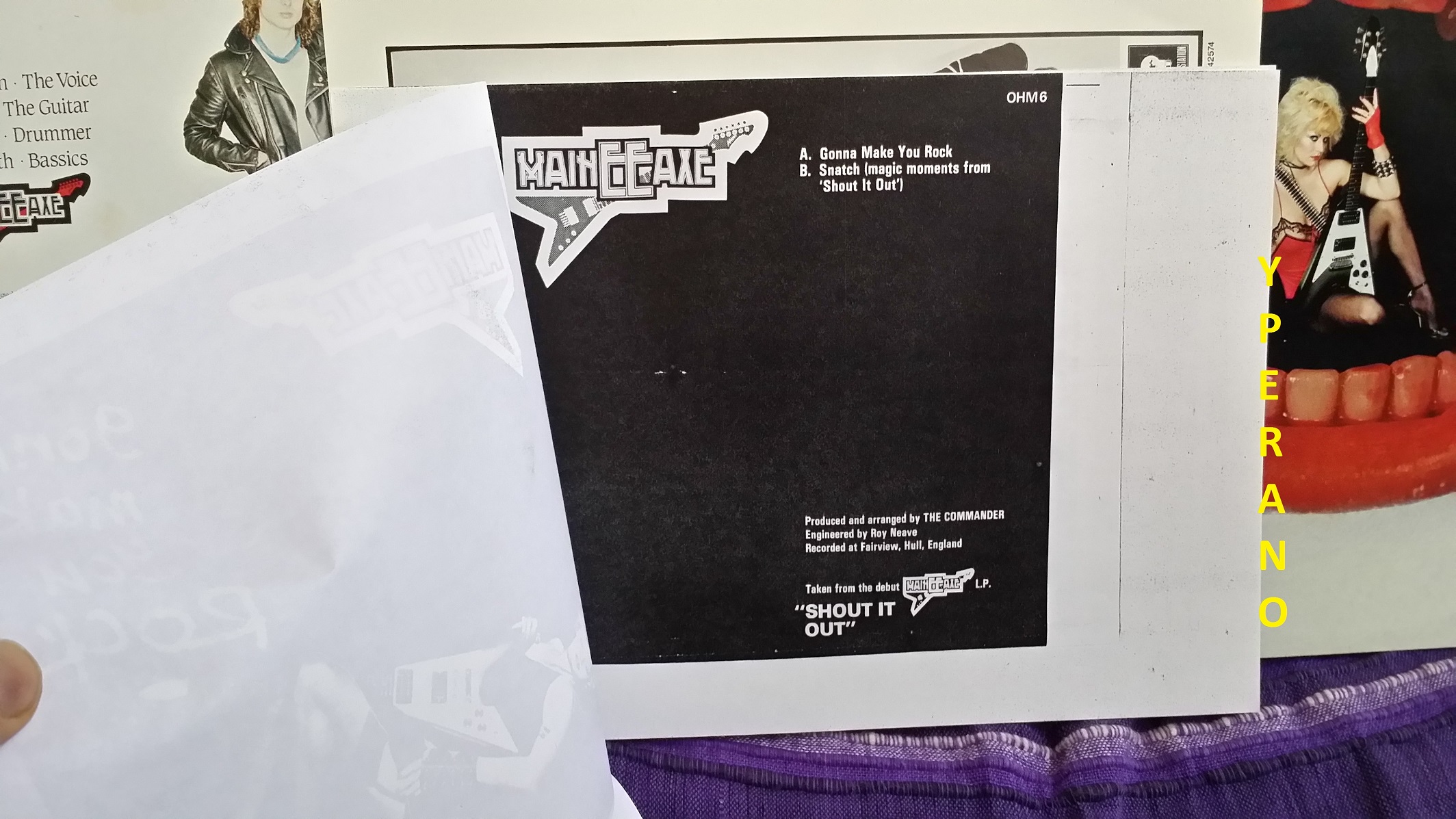 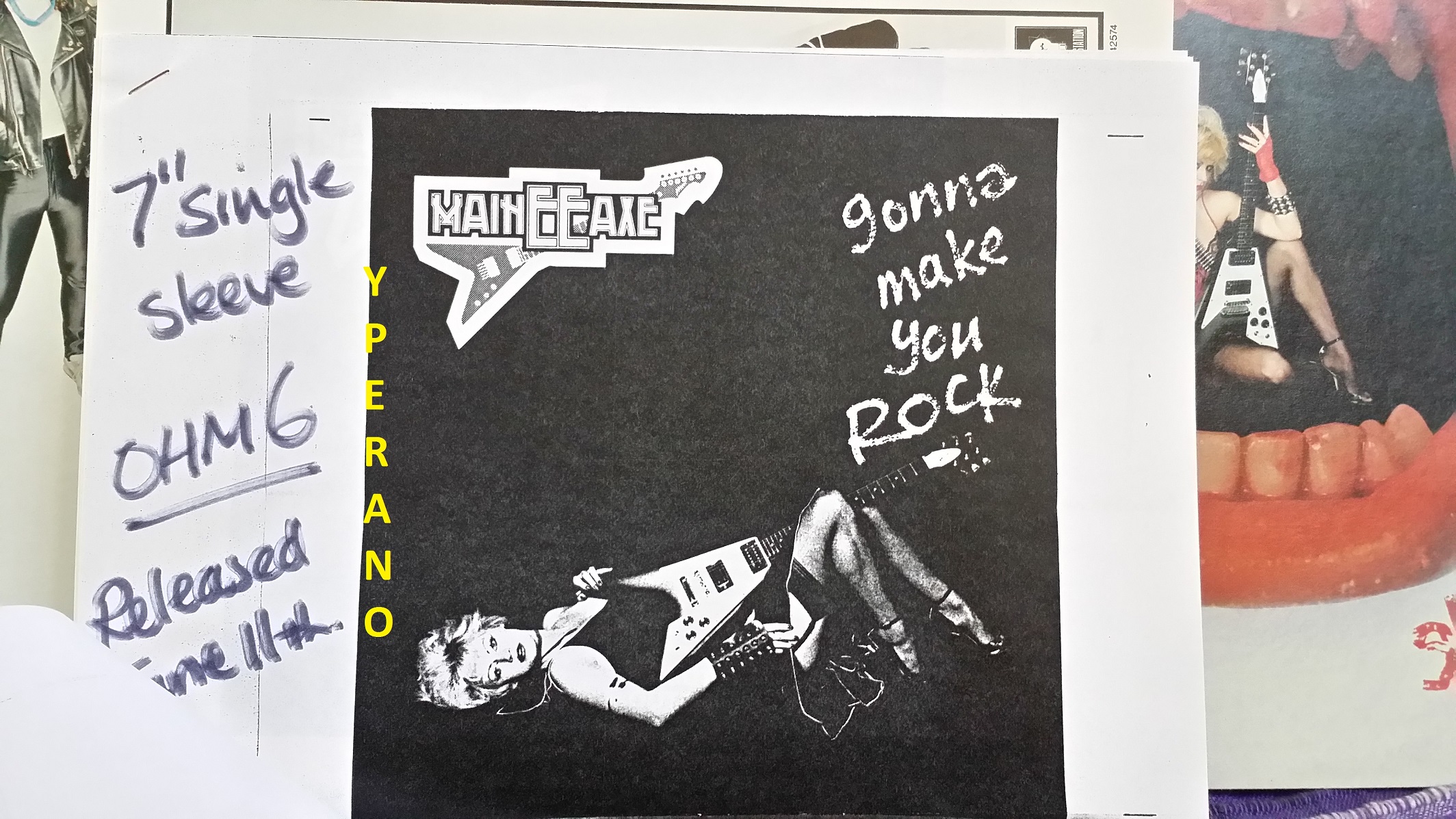 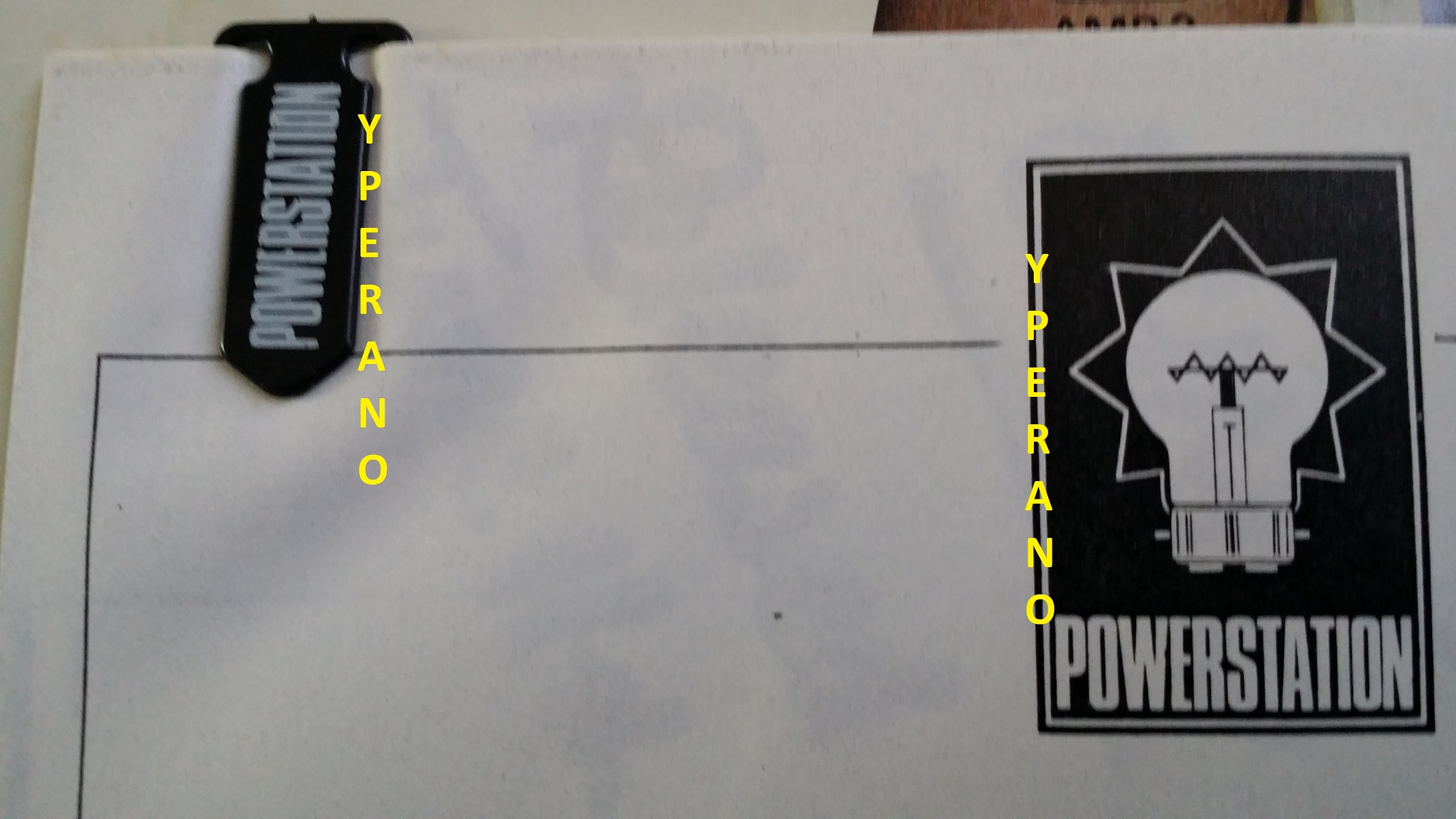 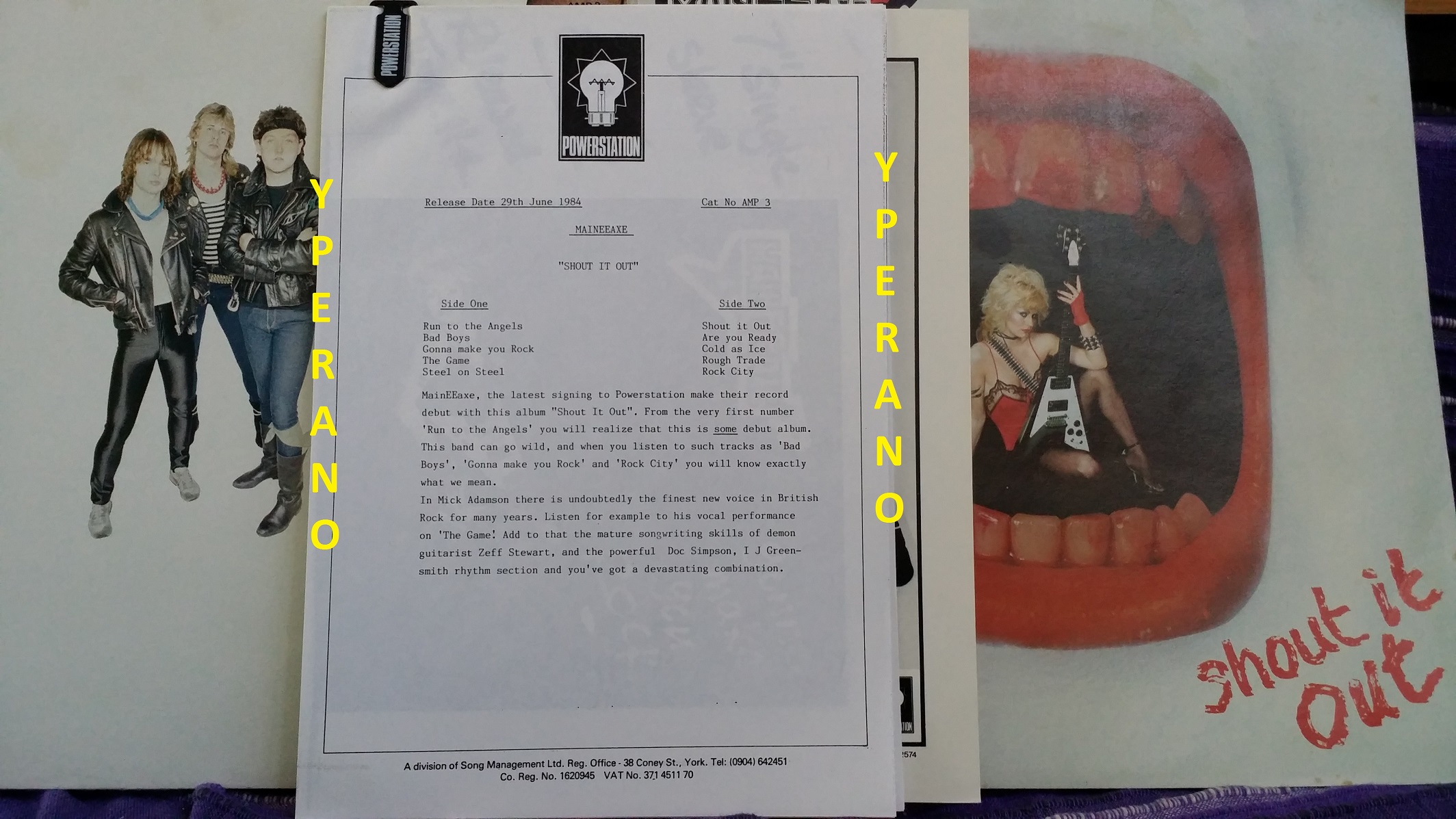 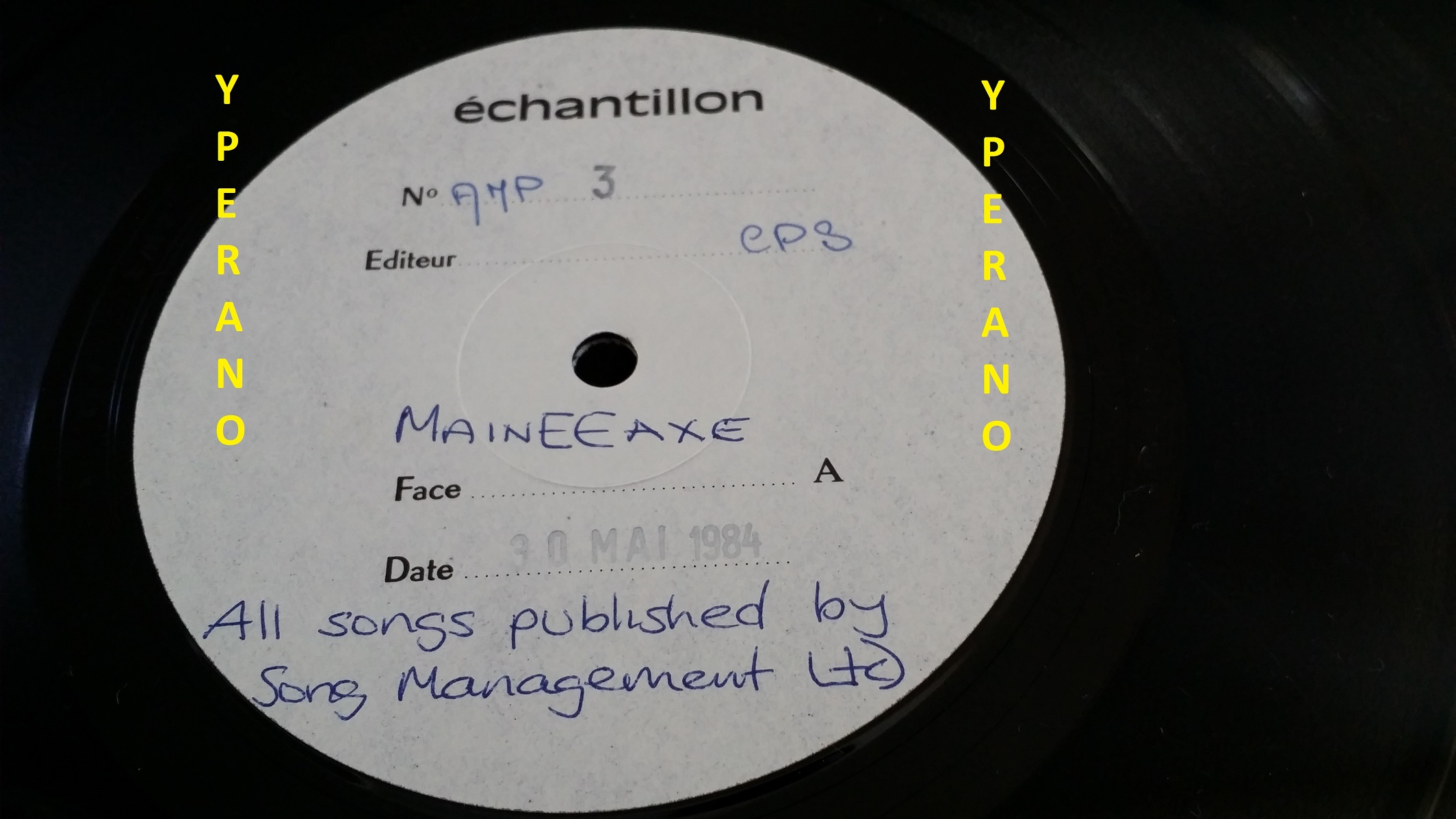 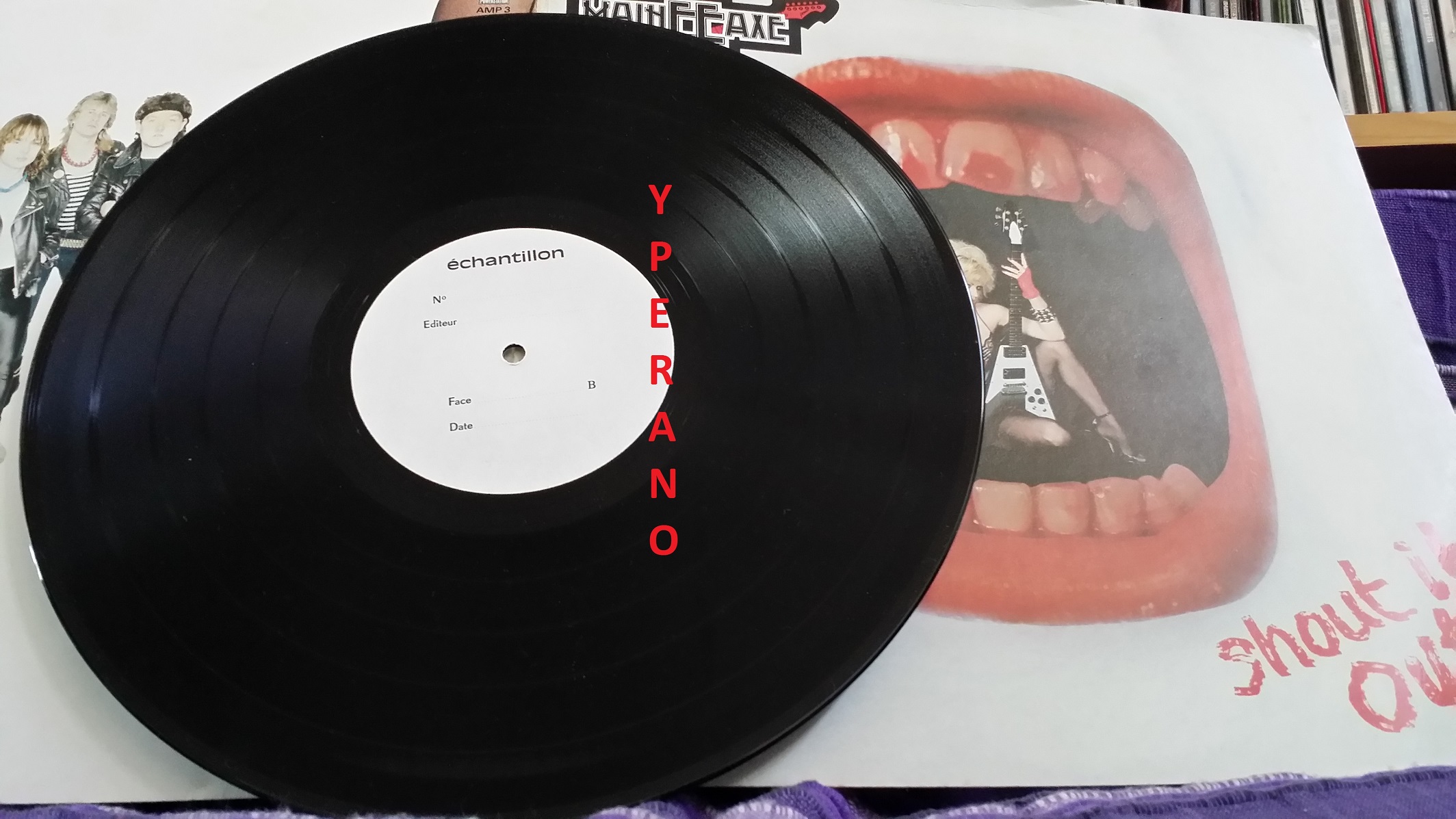 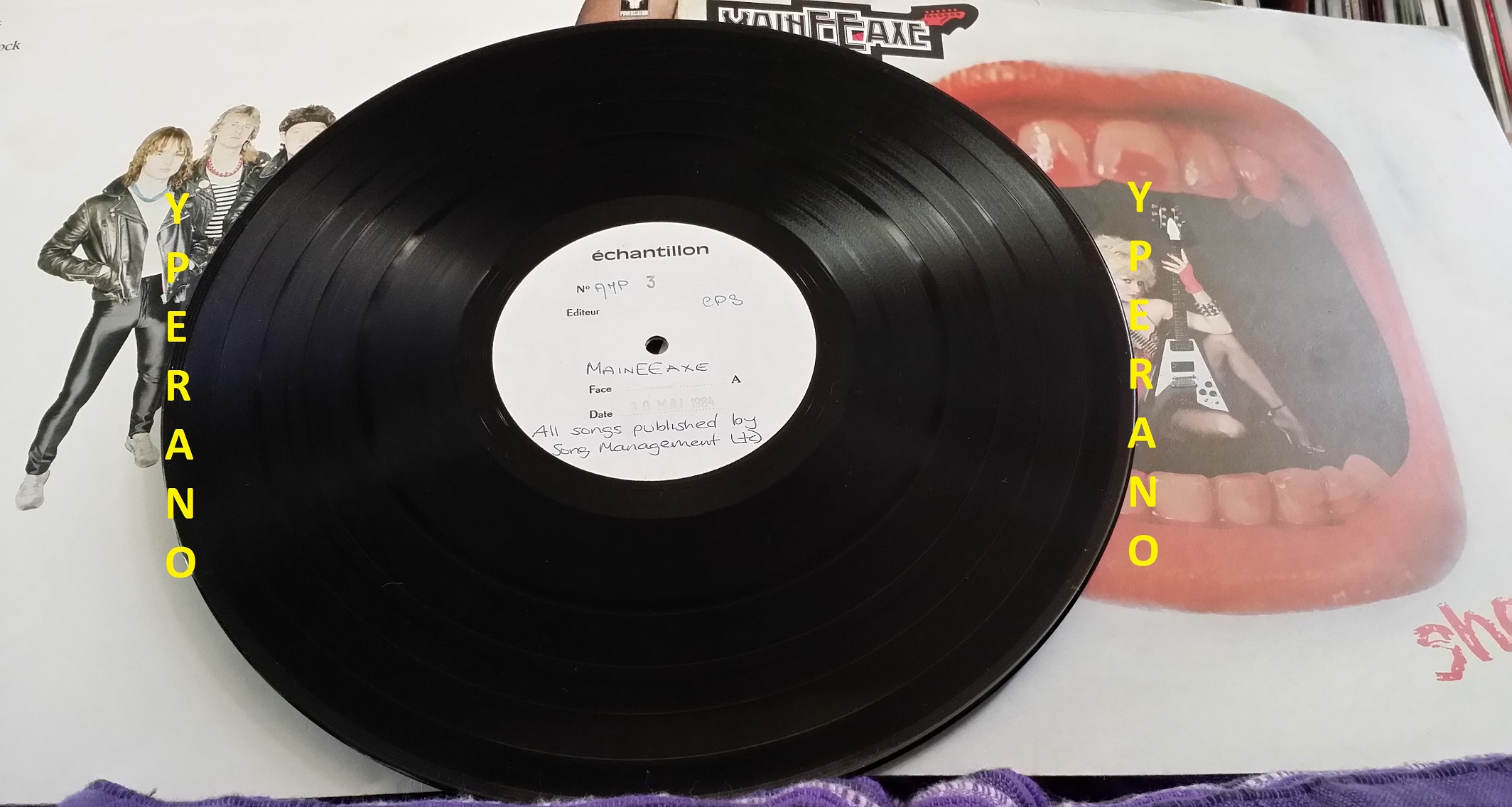 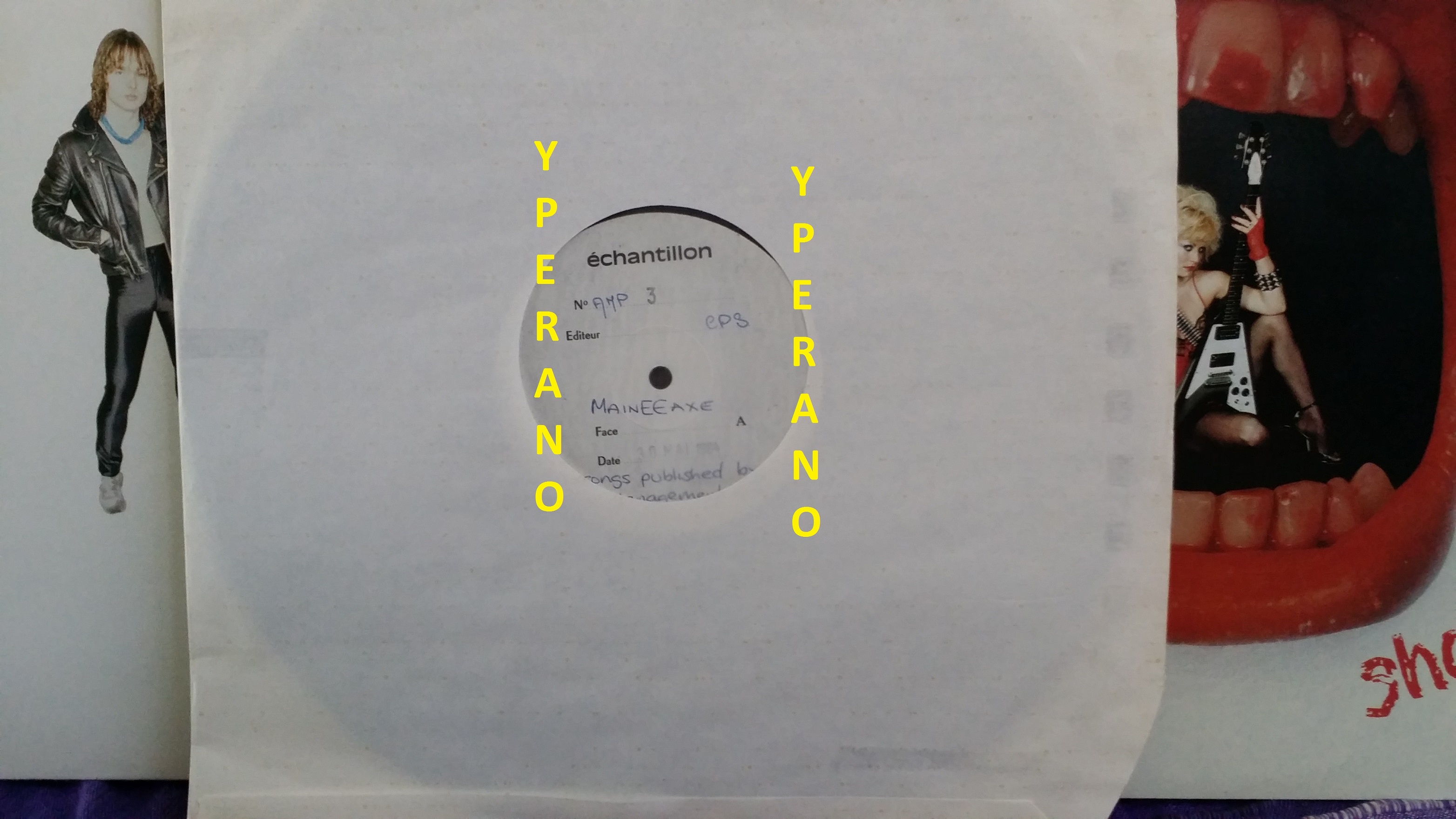 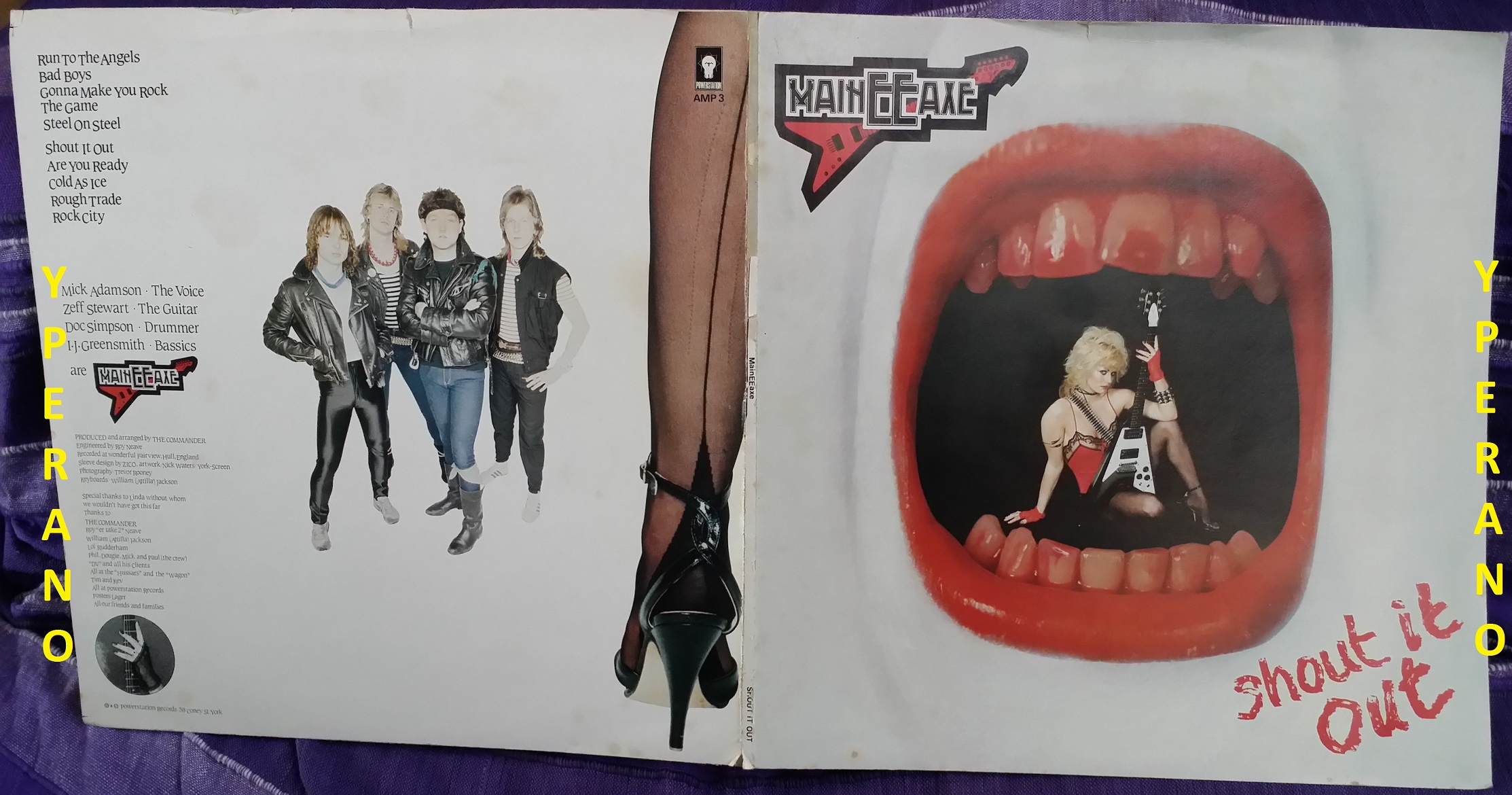 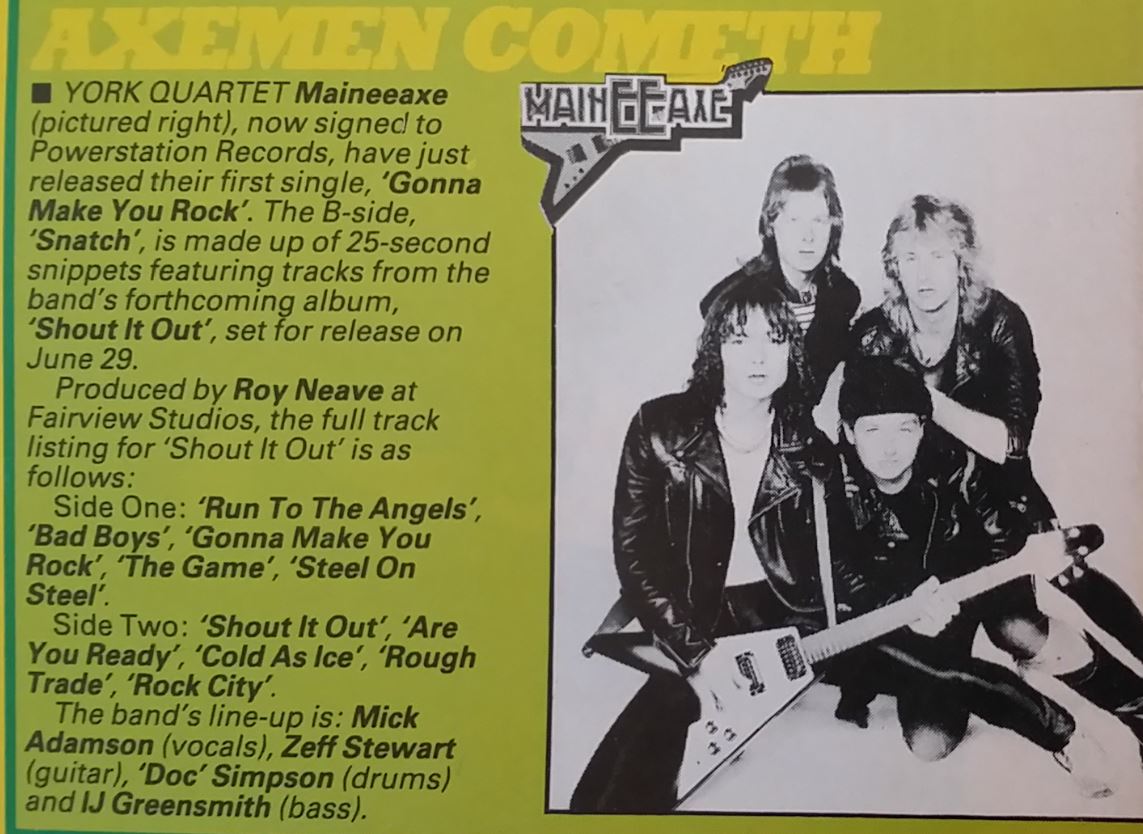