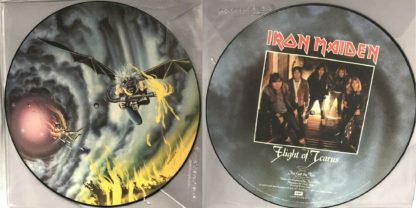 Flight of Icarus”” is a 1983 song by Iron Maiden. It is the band eighth single and the first from the album, Piece of Mind. It was the first single by Iron Maiden that was released in the United States. It was also one of the few Iron Maiden singles to receive much airplay in the U.S., peaking at number 8 on the Billboard Top Album Tracks chart – The highest position of any Iron Maiden single in the US.
In the UK, “”Flight of Icarus”” reached number eleven on the UK Singles Chart. This song was played frequently during the World Piece Tour and the World Slavery Tour, but has since been dropped from the band setlists.

The song is loosely based on the ancient Greek myth of Icarus who was imprisoned with his father Daedalus in the Labyrinth on Crete. In an attempt to escape the pair fabricated wings from feathers and wax so they could fly away. Unfortunately Icarus, not heeding the advice of his father, flew too close to the Sun, melting the wax that held the feathers and thus fell to his death in the sea. Vocalist Bruce Dickinson admits that he had modified the original tale to make it an allegory of teenage rebellion against adult authority, which caused the death of Icarus in this case.
The single cover, portrays a winged Eddie killing Icarus with a flamethrower. Icarus resembles the figure in Evening: Fall of Day, by William Rimmer, which was used as a label logo by Led Zeppelin. The death of the figure on this single cover is a reference to Led Zeppelin break-up a few years before.
Bassist Steve Harris feels that the studio version should have been played faster, so they play it faster live, claiming “”This little extra touch gives it a bit more fire””.

The video for this track was directed by Jim Yukich and was filmed in the Bahamas at Compass Point Studios (where the album was recorded) as the band played a staged recording session of the track. Also, drummer Nicko McBrain appeared as a blue faced grim reaper. Also, producer Martin Birch had a cameo in the clip as his face morphed with Maiden mascot Eddie. A newer edit of the video features Flash animation by Camp Chaos spliced between the original footage, replacing McBrain and Birch acting scenes and some of the ’80s-style visual effects. The animation depicts Icarus fleeing away from a winged Eddie

“I’ve Got the Fire” is a cover of the song “I Got the Fire” from the Montrose album Paper Money in 1974. This is, in fact, the second time the song has appeared as a B-side. It first appeared as a B-side to the “Sanctuary” single. However, instead of a live recording, this is a proper studio production. Bruce Dickinson – vocals Dave Murray – guitar Adrian Smith – guitar, backing vocals Steve Harris – bass guitar, backing vocals Nicko McBrain – drums 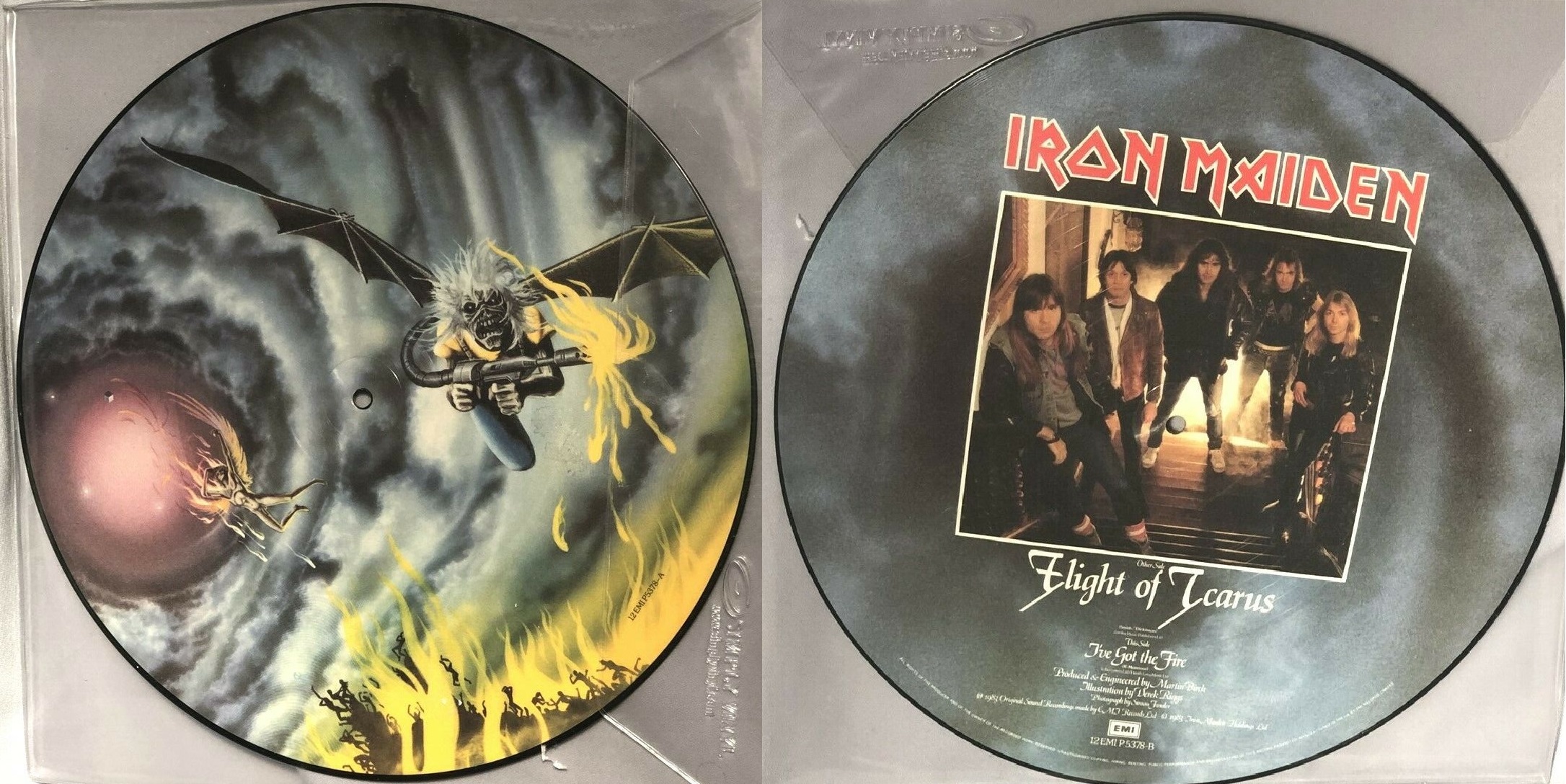 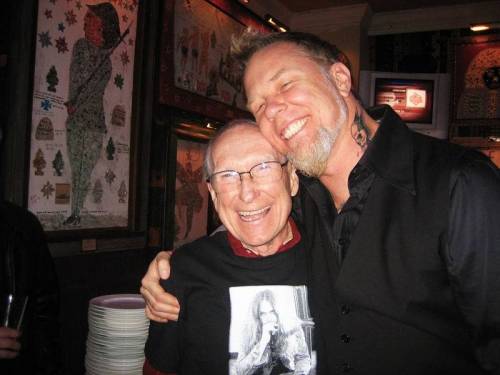 September 27, 2016 marked 30 years without Metallica’s unique Cliff Burton. His father, Ray, who with his family keeps the memory of his son alive, appeared in a video posted on the fanpage “Cliff Burton Family” on Facebook. There, he presented some of Cliff Burton’s favorite records, which the bassist, although very young, had in his collection. According to Ray Burton, they have kept Cliff’s records and are trying to make sure they do not wear out. In Cliff Burton’s discography there is this Maiden single. 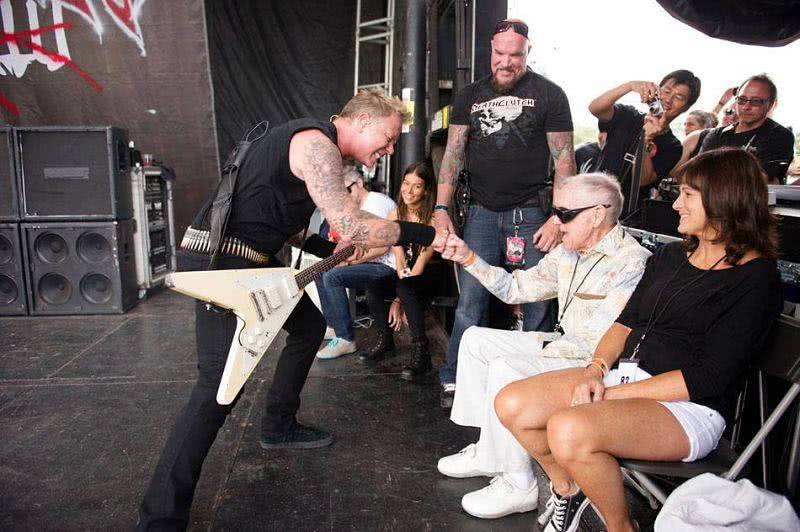 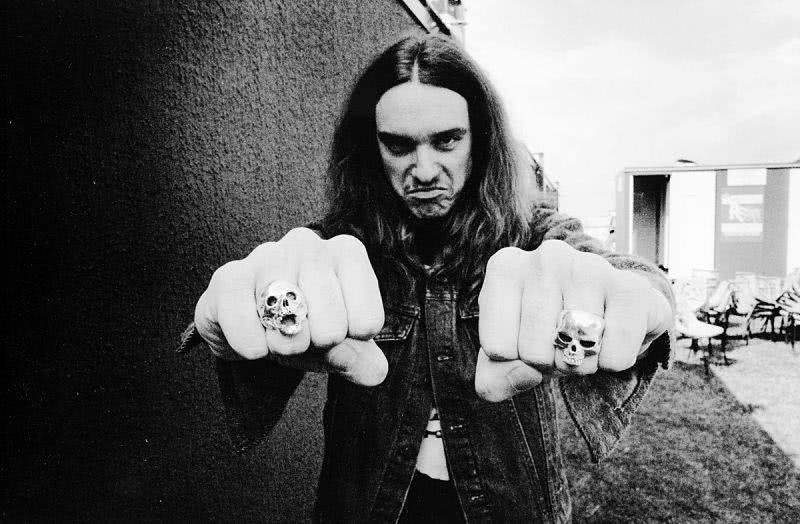 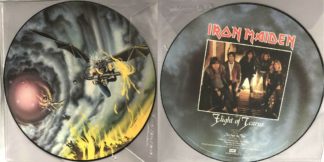