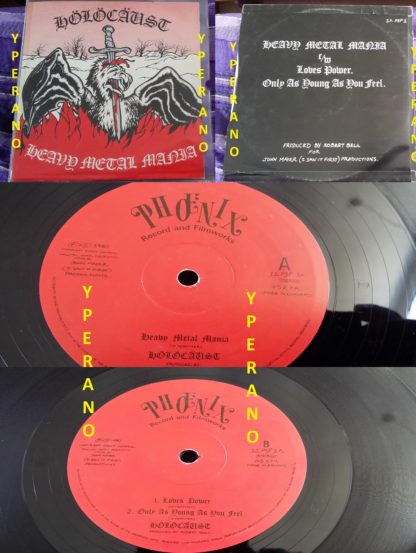 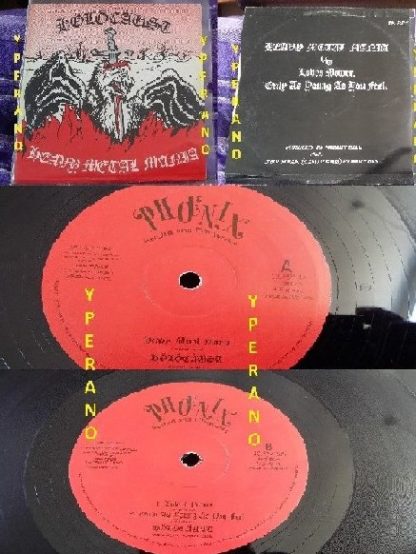 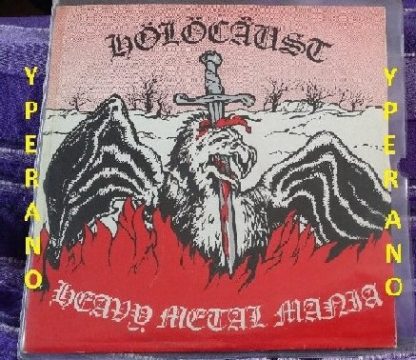 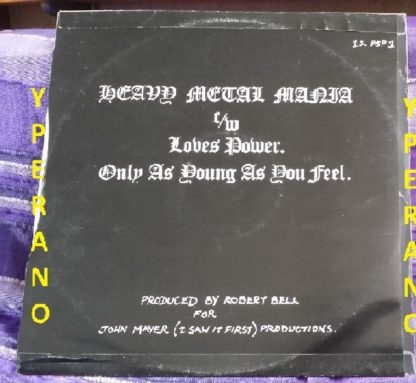 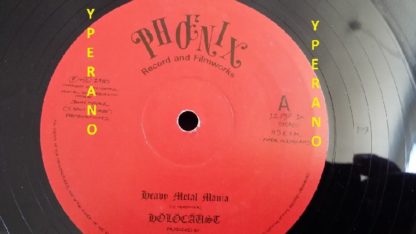 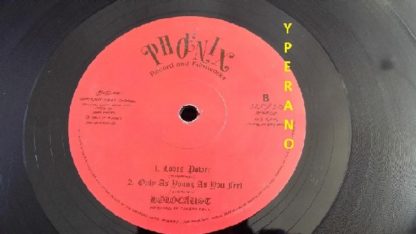 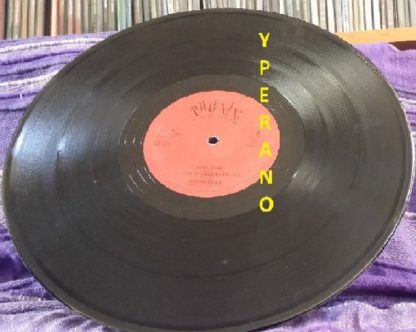 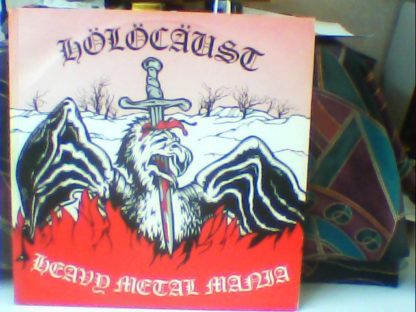 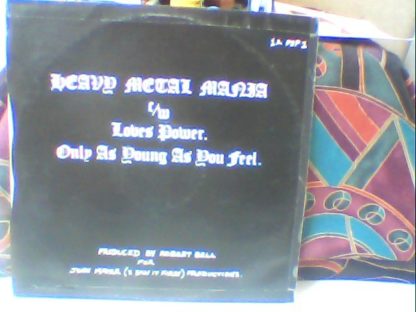 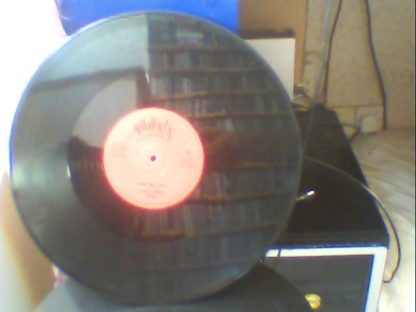 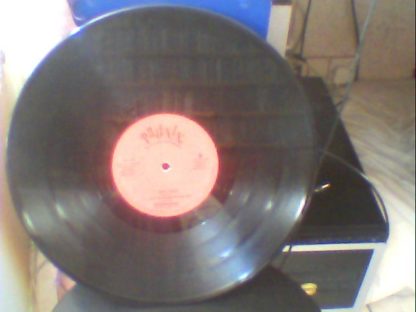 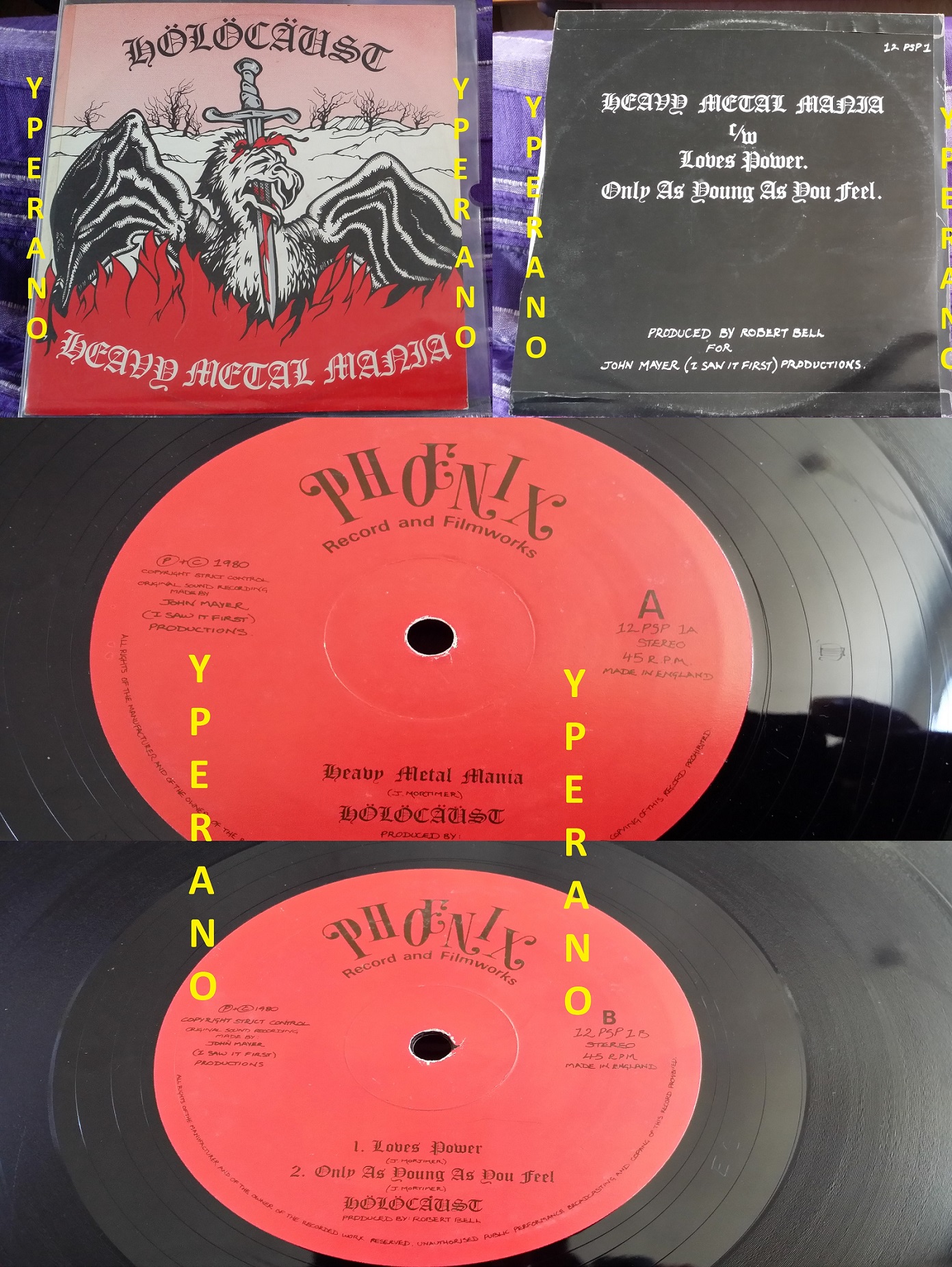 This is the hymn of HEAVY METAL!
where is a power, where is a glory , heavy metal is my story!
I GOT HEAVY METAL MUSIC IN MY BLOOD 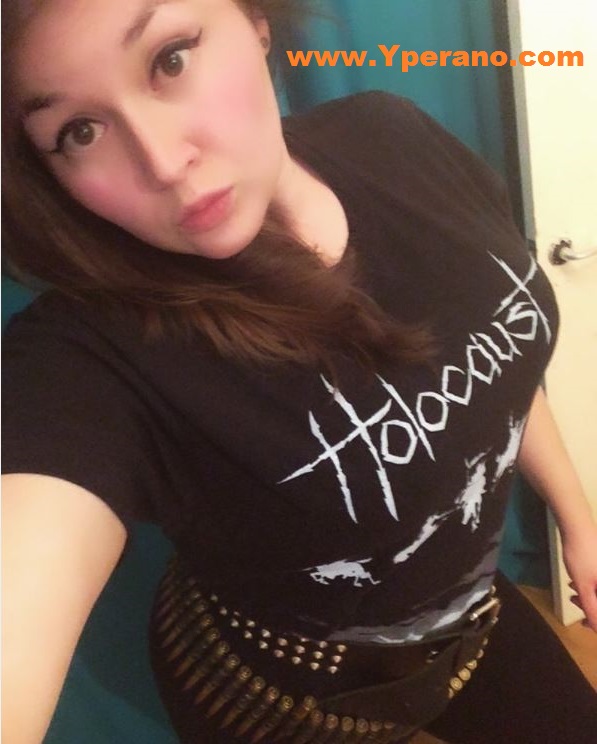 HOLOCAUST: Criminal as it may sound, and despite the fact that it’s been on release since July 1980, I’ve only recently managed to lend a lambasted old lug ‘ole to the Holocaust single ‘Heavy Metal Mania’. And boy was I surprised when after just a single spin it revealed itself to be an awesome anthem for our times, up there with the likes of ‘Denim And Leather’ and ‘Rock’n’Roll Mayhem’ as a 24 karat Kerrang! Klassic.

Three minutes of delightfully gonzoid goonery, ‘Mania’ begins with the wailing  air raid siren, is based around a slow deliberate riff and contains some of the most powerfully pea-brained lyrics you’re ever likely to hear.

‘Rock’n’Roll was far too slow / And so the adrenaline does not flow’ runs one particularly stimulating couplet, punctuated by hoarse Di’annoesque cries of ‘Wowghh!’

But the highlight of the record is the rousing caveman chant ‘It’s HEAVY! HEAVY! HEAVY! HEAVY! Heavy Metal mania all the way!’ Absolutely devastating, I kid you not.
First called ‘Buzzard’, the group came together in Edinburgh during school holidays in June 1977. They went through a variety of names before settling on one “Which represented all the power and the force of the group members” – Holocaust.

But it wasn’t until singer Lettice started work in a local record shop (no not a grocer’s) that matters really began to take shape. Storeowner John Mayer was swift to spot the potential of his employee’s outfit and signed them to his Phoenix record label. 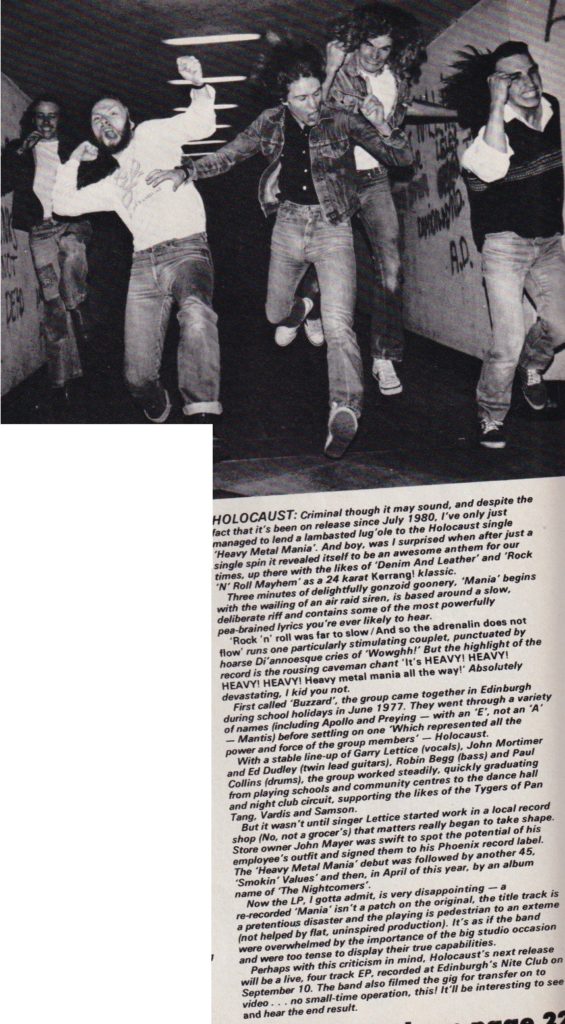 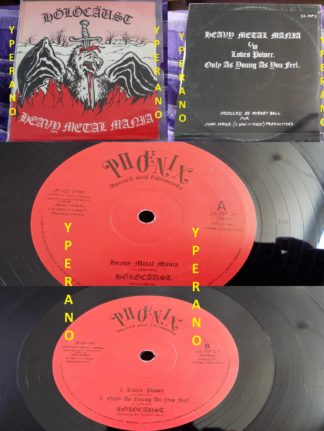