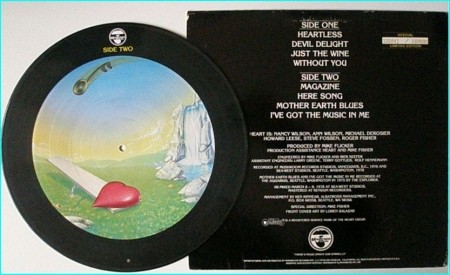 AUDIO REVIEW of this album:  http://chirb.it/JFN6f3

Heart is a rock band whose founding members came from Seattle, Washington, USA in the early 1970s. Going through several lineup changes, the only constant members of the group are sisters Ann and Nancy Wilson.The group rose to fame in the 1970s with their music being influenced by hard rock as well as folk music. After diminishing in popularity by the mid-1980s, the band created a major comeback in 1985, experiencing further success with their power ballads throughout the rest of the decade. By the mid-1990s, Heart left their 1980s’ sound and went back to their hard rock roots which they continue to play today. They have sold over 30 million albums worldwide.Heart was ranked #57 on VH1 “100 Greatest Artists of Hard Rock”.

Magazine is the third studio album by the hard rock band Heart. The album was certified platinum.
It has an unusual history in that the first release was not authorized by the group. A second authorized version of the album was re-recorded, re-mixed, and re-released the following year.
The album was originally intended to be the follow-up to Heart 1976 debut album Dreamboat Annie. After the debut, Heart began recording 5 new songs that would have been part of their next album for Mushroom Records. However, the group had a falling out with Mushroom over an advertising campaign celebrating the sales of Dreamboat Annie. Recording sessions stopped after the band and their label were unsuccessful in re-negotiating their contract.
As the group had now proven themselves to be hit-makers, they expected Mushroom to raise their royalty rate. But to the surprise of the group and their producer, Mike Flicker, the label initially refused to pay more and decided not to release a second Heart album. Flicker ended his relationship with the label and the group followed, as they had no obligation to stay without their producer. The CBS Records (now Sony BMG) subsidiary, Portrait Records, had offered Flicker and the group a more lucrative contract. The group broke the 2-album contract with Mushroom by early 1977.
The change in labels resulted in a prolonged legal battle with Mushroom manager, Shelly Siegel. Mushroom, still having a 2-album contract, believed they had the legal right to a release a second Heart album after all. Mushroom took rough mixes of the 5 studio recordings, added Here Song, a rare b-side, and filled up the rest of the album with 2 live songs recorded in 1975 at the Aquarius Tavern, a Seattle club. Mushroom released the collection as Magazine in the spring of 1977 at the same time that the group was preparing their next album for Portrait titled Little Queen.
According to Flicker, about 50,000 copies of the original Magazine album were pressed. Some of these copies were sold in stores, mostly in Los Angeles and Hollywood, Florida. Unsold copies were recalled and destroyed when Heart took Mushroom to court to stop distribution of the album. The 1977 version was also briefly released in Europe through Arista Records. Though the album was not officially released to radio stations in 1977, some stations such as KISW, a leading rock station in Seattle, played songs from the unauthorized version, against the wishes of the group. The 1977 release album cover carried a disclaimer on the back cover which read: “”Mushroom Records regrets that a contractual dispute has made it necessary to complete this record without the cooperation or endorsement of the group Heart, who have expressly disclaimed artistic involvement in completing this record. We did not feel that a contractual dispute should prevent the public from hearing and enjoying these incredible tunes and recordings.””
Unhappy with the demo-like-quality sound of the 1977 release, the group took Mushroom to court with the aim of having the 1977 release of Magazine taken off the market. The Seattle court ruled that Mushroom had to recall the album, but the terms of the settlement required that Heart provide a second album for Mushroom. Heart chose to fulfil this obligation by finishing the released songs to a quality of their satisfaction. A security guard stood by in the studio to make sure that the group didn’t try to erase the multi track master tapes.
Heart chose to re-record and/or remix the songs, adding new lead vocals to most of the studio recordings. For example, the synthesizer solo on “”Just The Wine”” was replaced by a flute solo. Some of the songs were also edited for re-release. Another obvious difference is that on the original recording of “”Heartless”” Ann Wilson sings “”The doc said come back again next week…”” On the re-recorded version she clearly sings “”doctor”” instead. 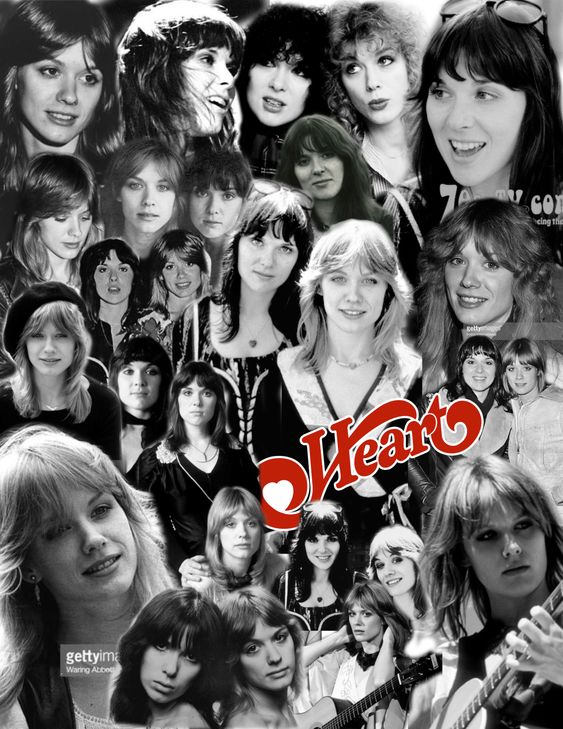 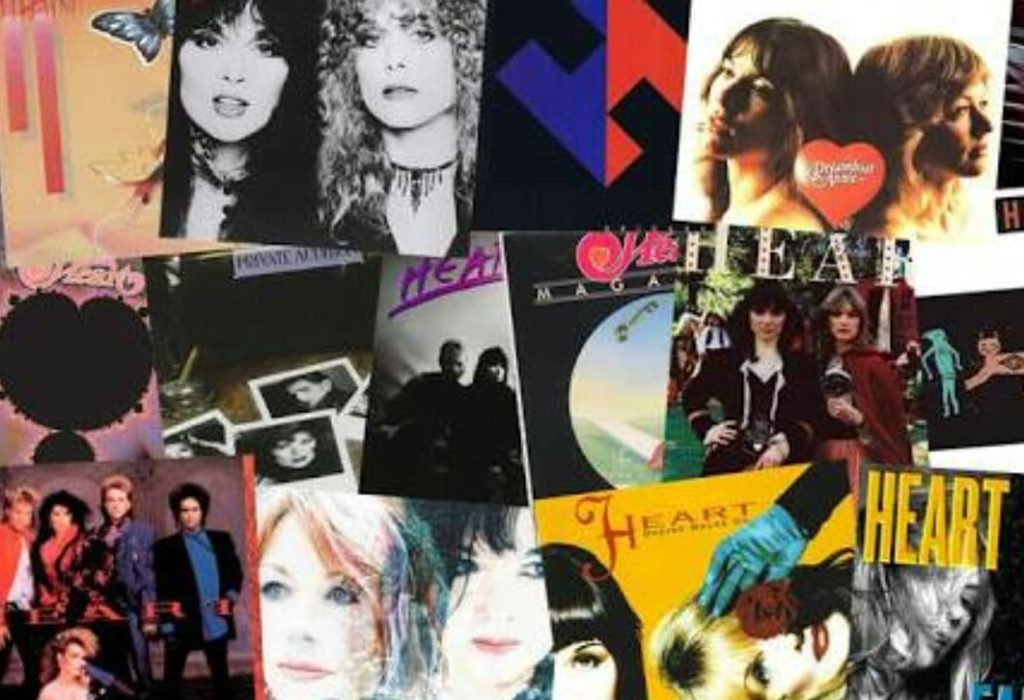 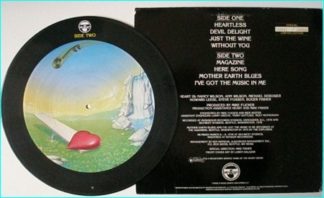