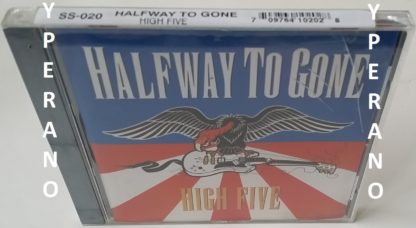 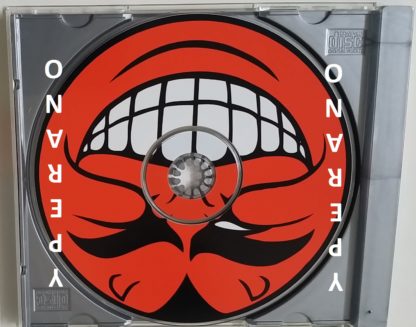 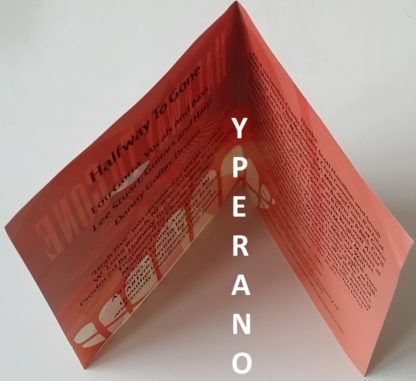 Halfway to Gone is an American rock band from New Jersey. The band formed in 1999 when bassist and founding member of Solarized, Lou Gorra got together with Lee Stuart (Solarizeds touring guitarist), and drummer Danny Gollin. Chuck Dukehart from Sixty Watt Shaman played drums in the band for a year before being replaced by Kenny Wagner, also of Sixty Watt Shaman & Honky, who toured with them and played on “Second Season”. The band did U.S. tours & played shows with Clutch, Nashville Pussy, Nebula, CKY, Suplecs, and many others. The bands style has been described as a mixture of Stoner rock, Southern rock and Heavy metal, inspired by Lynyrd Skynyrd and Black Sabbath, among others. They released an album with Alabama Thunderpussy in 2000 and their own debut early the next year. They have released two more albums since. They went on extended hiatus in 2004 but are rumored to be doing another album in 2011 with original line up of Stu, Danny, & Lou on Smallstone Records.

5.0 out of 5 stars A simpler explanation …,
simply fantastic. However, you’re more interested in what it sounds like, so here it goes:
Halfway To Gone is Southern rock from New Jersey. If you take Lynyrd Skynyrd and have them play at a Black Sabbath-like pace, you get HTG. Lous voice is soulful and dirty, his bass is heavy and mixed perfectly, the guitar nails the Southern sound perfectly, and the drumming is top notch. This is simply a fantastic rock album.

5.0 out of 5 stars east coast rough neck rock & roll,
one of the best “stoner” cds of the past year. from the first slab of feedback that comes out of the speakers with holiday at altamont it just kicks you in the head and never lets you up off the floor. lou gorra has one of the coolest voices in this genre (whiskey soaked and cool as hell). HTG is one of those rare gems that you want to keep to yourself but you know you can’t. they are just to good to keep under raps. so sit back, fire up the homegrown and enjoy.

5.0 out of 5 stars A ton of rock on just one CD!
For their first CD, Halfway to Gone found a way to really crunch and burn with taste. Its not the same pressed and molded rock that normally finds the radio waves. For a New Jersey based band they sure could teach some southern bands how to sting, rip blues and use swing cords. Personally, I find its the best rock CD out in the last few years. I just hope if they hit it big they won’t become “artists” like most rock bands become. Careful playing this CD, it has a hell of a baseball bat!

Halfway To Gone is somewhere between a metal Lynyrd Skynyrd and a countrified AC/DC. If you like your Southern Rock fueled with Appalachian moonshine and dirt weed, welcome home. After the first track, the piledriving “Holiday in Altamont” I had to stop the CD player. The voice behind HTG sounded JUST LIKE that dude from Solarized, Solarized being one of my early favorite stoner bands. Imagine me feeling like a douche when I found out it WAS that dude from Solarized (the immensely talented Lou Gorra) but that he split from the former to put together Halfway To Gone. Sheesh. I thought I had my finger on the pulse of the scene… It would be DOA and I would never know…

The HTG sound is dirty riffs and tight beats. Hard rock inspired by abuse of both legan and illegal substances, heartache, and truckstops. All of the tunes encompassing “High Five” are top-shelf dirty Southern Rock, (outta New Jersey no less!), with the exception of “Kind Words for the Southern Gentlemen” which is kinda funny the first time, but becomes the longest 2 minutes 49 seconds on record on each repeated listen. Ex-Solarized touring guitarist Lee Stuart does a great job on some punchy riffs, and works a mean slide and acoustic (hear the great “Blues for Burnt Fly Bogg” for reference). The aforementioned Lou Gorra sounds like he was bred from a mere hillbilly lad to front a sleazy Southern Rock band, and ex-Sixty Watt Shaman drummer Chuck Dukehart … erm… drums. What the fuck else are they supposed to do? I could put “Ex Sixty Watt Shaman SKIN BANGER” or something like that, but then I would sound like a writer from Kerrang! or something. Hes a good drummer, OK? FU.

In a nice neat nutshell, some good ol’ fashioned Southern Rock with a metal tinge and Lou Gorras amazing vox. A great listen. Track 10, “Stingin'” should be the soundtrack of jealous lovers everywhere.