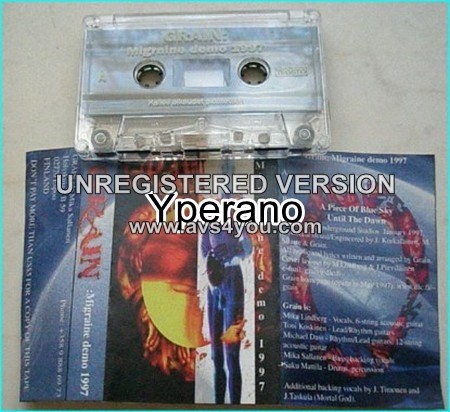 VESTIGIA TERRENT have re-named themselves GRAIN and style is more melodic than before. Also they have now second guitarist called Michael Dass (Indian-born, by the way). The demo is kind of divided in two parts, on the other hand there is tracks “”The Way”” and “”A Piece of Blue Sky””, which represent quite similar stuff VESTIGIA TERRENT did. On the other hand there is “”Within Me”” (with catchy chorus) and “”Until the Dawn”” which represent the promised renewal. But I can’t help feeling that this demo is intermediate stage from the days of VESTIGIA TERRENT to more clearly different stuff. Playing is professional as usual and production is better than ever before. In the old days their weak spot was vocals but than part in their sound have been better and better by each tape. Nowdays there nothing negative to say about vocs. But I guess we’ll just have to wait and see how gonna GRAIN year -98 sound like.

Be the first to review “GRAIN: Migraine [Tape] contains the ultra killer “Within Me” Check samples.” Cancel reply 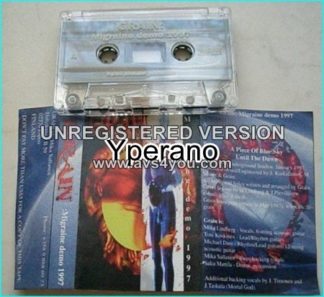 You're viewing: GRAIN: Migraine [Tape] contains the ultra killer “Within Me” Check samples. £3.00
Add to basket