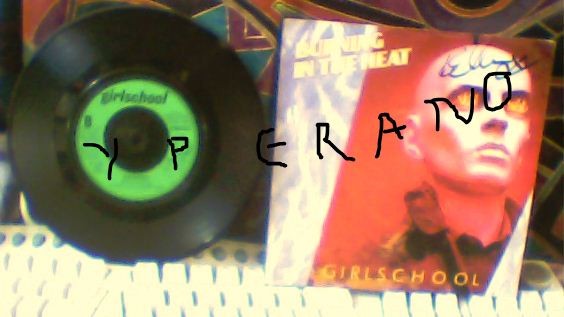 This has a great production and is very cleverly done. I think it’s the most commercial record they’ve ever made. The beginning is rather like Bach but it quickly switches into a guitar riff similar to ‘You Really Got Me’ from the Kinks.

GIRLSCHOOL – BURNING IN THE HEAT 7″

Burning In The Heat
Surrender

In 1983, both Holder and Lea [Slades principal songwriters] branched into production where the pair produced British heavy metal band Girlschool. The pair produced Girlschools cover of the T-Rex song “20th Century Boy” and the album Play Dirty which featured two Slade tracks “Burning in the Heat of Love” and “High and Dry”