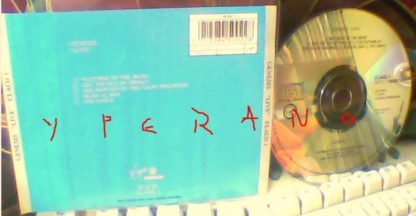 Genesis Live is the first live album released by rock group Genesis in 1973. It was the bands first top 10 hit in the UK, reaching No.9 and remaining on the charts for 10 weeks.
Genesis were persuaded by their label, Charisma Records, to release Genesis Live as a budget-priced title to mark time while the band recorded Selling England by the Pound in mid-1973. (Contractual obligations to Charismas North American distributor, Buddah Records, may also have been a factor, as Charisma would move its distribution to Atlantic Records shortly before Selling Englands release.)
The tracks on the album were recorded at De Montfort Hall, Leicester, England by the Pye Mobile Recording Unit, engineer Alan Perkins, on 25 February 1973 except for “Return of the Giant Hogweed”, which was recorded at the Free Trade Hall in Manchester, England on the previous day, when the band was touring in support of Foxtrot.

Rolling Stone gave the album a brief but positive review, commenting that “this album goes a long way toward capturing the gripping power and mysticism that has many fans acclaiming Genesis as ‘the greatest live band ever.'”
A retrospective review by Allmusic was also resoundingly positive. They remarked “its doubtful that anyone ever got a richer sound out of a Mellotron on-stage than Tony Banks does on this album, and Steve Hackett, Mike Rutherford, and Phil Collins’ playing is all quite amazing as a whole unit, holding together some very complex music in a live setting.” They judged all the recordings to be far superior to their studio originals.

Be the first to review “GENESIS Live CD. Back cover, no front cover. Free for CD orders of £30+ Check whole album” Cancel reply 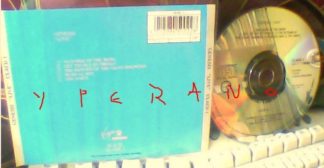