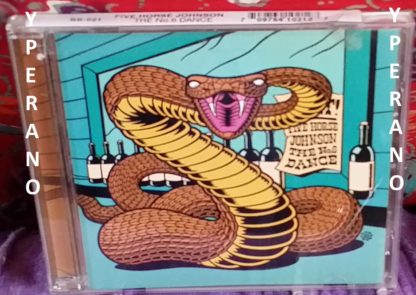 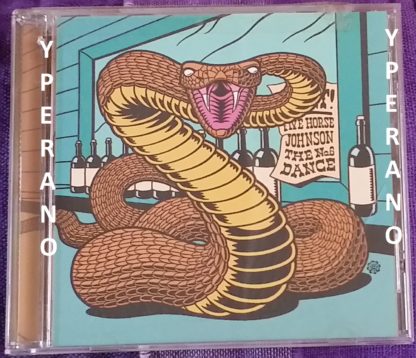 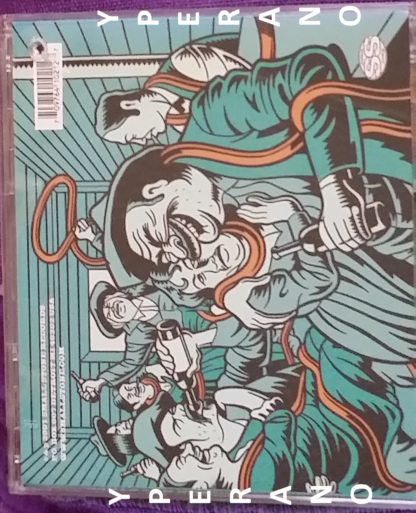 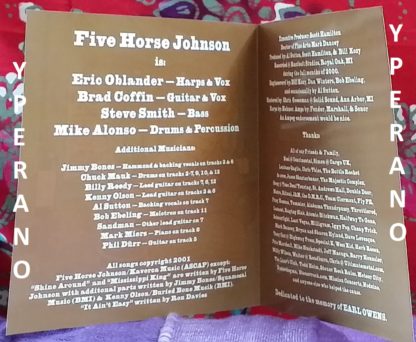 Track 13 is a hidden track 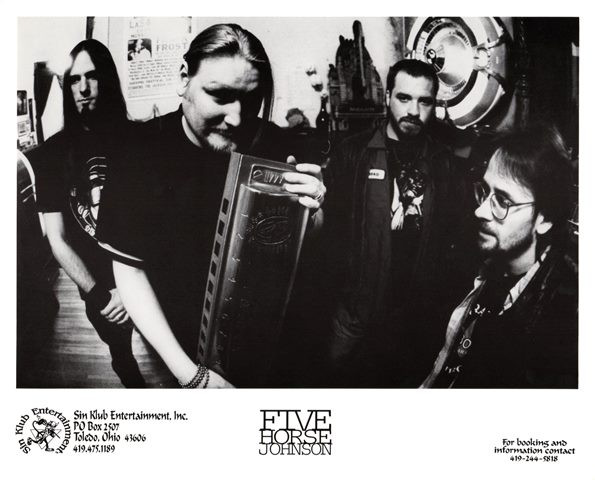 They don’t make them like this too often any-more. No. 6 Dance is American rock & roll from the heartland with Five Horse Johnson hopping a freight train and riding the rails from rootsy blues to acid rock to ’70s guitar-band heaviness. The album takes Led Zeppelins brand of psychedelic stoner tunes and puts them in a stars-and-stripes T-shirt. “Mississippi King” is a catchy jam that would have suited Skynyrd just fine. “Spillin’ Fire” takes the old school harmonica blues and rocks out with them, and “It Ain’t Easy” makes for a sweet, Southern, sun-drenched cover. “Gods of Demolition,” the title that best befits Five Horse Johnson, showcases Brad Coffins demon guitar and Eric Oblanders desert rocking, Kyuss-esque vocals. But the best song on the disc has got to be “Shine Around,” a groovy, circular, Black Crowes-style jam with a sing-along chorus — a tune worthy of the smokiest middle-American teen bedrooms circa 1973.

———————————————————-
5.0 out of 5 stars Rock Lives!,
Stop complaining about the sorry-state of Corporate Rock and buy this record…NOW! Its the four-headed-love-child of Black Sabbath and Robert Johnson produced by ZZ Top circa ’79. Great, greasy guitar playing. Cool nods to Apocalypse Now and David Bowie.

5.0 out of 5 stars Awesome!,
Great to listen to while you’re drinking a beer with friends out on your back patio this summer.