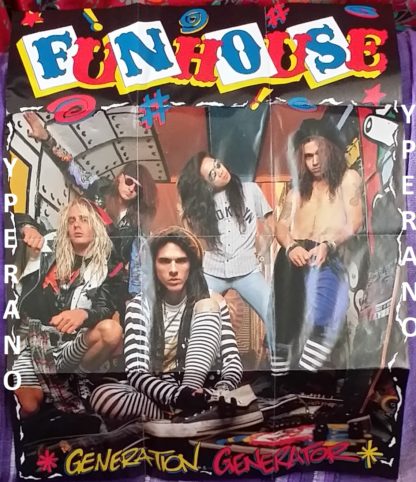 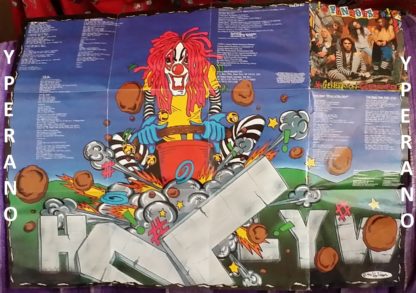 a funked up crue. yes, great LP. Paaaarty music! Absolutly must have!

I LOVE THIS ALBUM!

search it, find it, buy it and crank it up LOUD cos this is a very cool disc…

one great fuckin disc. a band before its time

I love this LP as well. I think these guys tried jumping on a bunch of different styles rather than just sticking with straight-up glam… I hear Janes Addiction and RHCP in their sound.

they do sound like a mix between the Motley Crue and the Red Hot Chilli Peppers..very cool disc

One of the bands from the late ’80’s early 90’s glam metal scene, that has been long forgotten about by most is Hollywood, CA’s Funhouse.

The band released one CD, back in 1990, and pretty much vanished shortly thereafter. On Generation Generator, you get 5 studio tracks, and 3 live cuts. I though this was kind of odd mixture, especially for a new band starting out.

Funhouse’s sound falls somewhere between Motley Crue, Skid Row and maybe a dash of Ugly Kid Joe. They weren’t as good as any of those bands, but they do have a solid sound that I found enjoyable. This disc isn’t breaking any new ground musically, and it kind of short, with it clocking in just shy of 33 minutes. 80’s and 90’s Glam metal fans will probably love this disc. It is a fun disc of partying hair metal tunes, that is still worth a few spins in 2008 and beyond.

Generation Generator has been out of print for quite a while