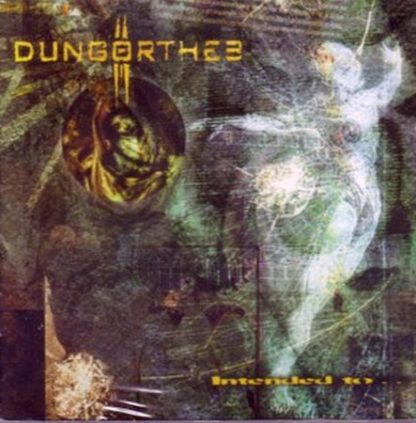 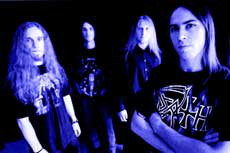 From the opening track (“Twisted Reality”) to the closing track (“Beyond the Darkness”), technicality certainly isn’t lacking ‘nor is the Schuldiner-like guitar attacks. I am in awe once again! Early 90’s Malevolent Creation (the vocals) and Death… yes, Death!! While Death will always remain the master and creator of all that is death metal today, this quartet from France are very talented young musicians. I am extremely happy hearing such a marvel of an album in “Intended To…”, that I will personally recommend Dungortheb to everyone into technical music. I think my favorite tracks on this one are “Two Faces” and “Place of Alienation”. Every track on “Intended To…” is a worthy “We Know We’re Good, So Bow To Us” musical masterpiece. I can’t pin-point exactly how great the delivery of musicianship is, that would be impossible. If you are/were Death fans, make sure you buy this Dungortheb as around!! Let’s just be thankful that these guys are out there…. (“Support music, not rumours” – as Chuck would say)

Dungortheb? What an odd name. You don’t associate such a fantasy name with a Techno-Death Metal band easily, but that’s what Dungortheb is, a French Death Metal band in the technical vein.
“”Inherited to (Inherited to what?, but that’s besides the point) is the debut album of these four Frenchmen and it contains all ingredients to be a good one: variety, tight playing and more leads and solos you can muster. And the vocals (a somewhat monotonous, superficial grunt) don’t sound too bad either.
This album has a clean production and is just very suitable for the occasion. “ 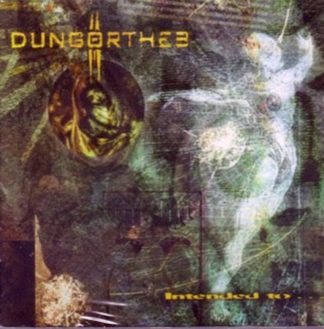