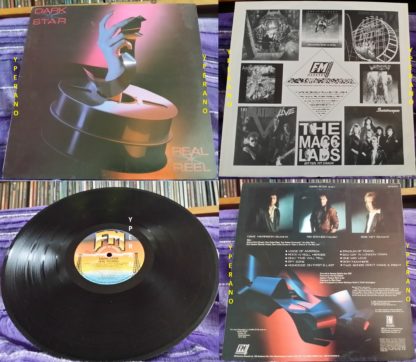 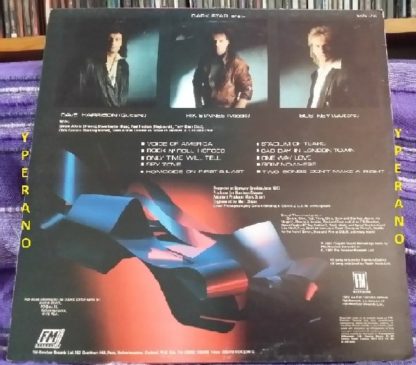 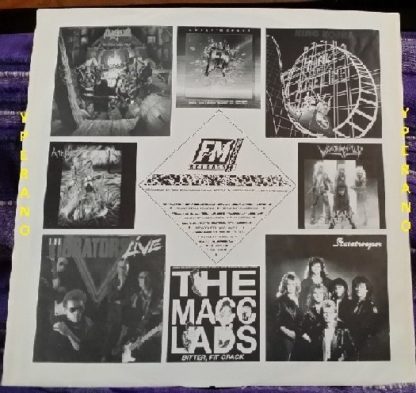 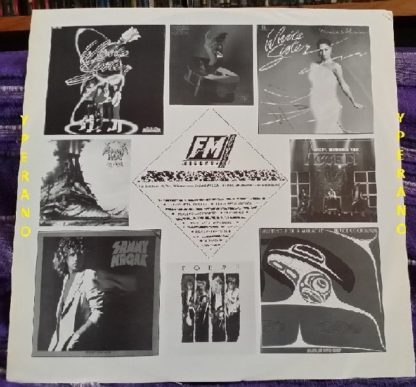 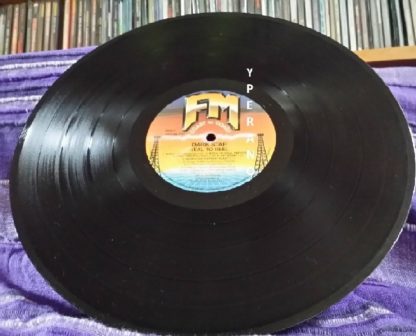 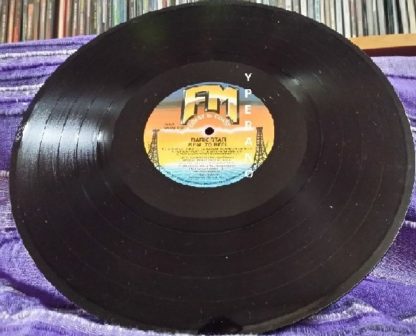 VINYL: The vinyl is quite nice and shiny. Mint condition

SLEEVE: EX The sleeve has some edge wear and extremely faint shelf wear on the surfaces.

Now highly regarded as a minor classic, this LP drew positive comparisons to Def Leppard and Diamond Head and led to touring in the U.K. and continental Europe.

NWOBHM band turns to melodic rock AOR for follow up

A distinct change from their debut, but that was many years back.  This is satisfying melodic rock AOR with quality production and arrangements.

Great if not spectacular NWOBHM
NWOBHM also rans Dark Star were really on the track to fame with the release of their debut album in 1981, an album which contained many great songs, boasted excellent musicianship and also benefitted from a state of the art (by 1981 standards) production values. Unfortunately, Dark Star were just one from the countless bands associated with the NWOBHM movement that could-have but never quite made it.         As is the case with many other bands that DONT really feel the urge to write catchy tunes in order to capitalize on their previous success, so here too, the band just wants to have fun and show their fans that they still had it in them.

So, what actually transpires here for the entire 43 minutes of music found on this album is pretty laid back and enjoyable by today’s standards, without being cheesy or anything like that. Good ole-fashioned heavy rock with a couple of harder edged touches every now and then pressed against a glossy but balanced sound.
To my knowledge, the band had pretty much broken up by 1987, so what we have here is the original singer Rick Staines, guitarists Dave Harrison and Bob Key, as well as a host of guest/session musicians as illustrated on the back. That qualifies as a pretty patchy line-up, but surprisingly the album itself works as a whole.
Highlights include the anthemic opener “Voice of America”,  the nostalgic “Rock n Roll Heroes”, the memorable ballad “Only Time Will Tell”, the furious “Spy Zone”,  the funky  “Sad Day in London Town” , and just weird album closer “Two Songs Don’t Make a Right”.
I must add here that the band features a saxophone player on some tracks, something that hardly feels out of place with the mood of the album.
Overall the band more than makes up for it with great musicianship and enthusiasm. Dark Star never made it , but this, their swan song is definitely a great way to end a respectable career.
/
Dark Star were NWOBHM contenders when they released their self-titled debut in 1981.  By the time Real To Reel hit the streets in 1987 it was far too late for anyone to care.  In fact, the album was said to be completed as a studio-only project, as Dark Star’s days of a gigging band were over.  I guess that’s how the album got it’s clever title. For fans of the warm and welcoming debut, Real To Reel is a worthy second act.  Rather than barrage you with a wall of guitars and thundering drums, Dark Star greeted you with a pleasant smile and a firm hand shake.  Check out the perfect bit of songwriting that is One Way Love.  What a tasty little rock snack!
/

Starts off with Voice of America with a radio intro had this track was on an FM compilation album good start and the good tracks keep coming.
10 great tracks not that heavy but still rocks, so get it while you can.
First album was great also the Lady of Mars their big hit that was on Metal for muthas vol.2 is the standout track on 1st album.
First album 1982 this second album 1987 so hence the long wait.
/

THIS MIDLANDS band, originally called Berlin, were years ahead of their time.
Dark Star were led by the strange, charismatic and hairy Rick Staines, who had a penchant for leather trousers and kimonos. His band appeared on the classic first ‘Metal For Muthas’ volume 2 released by EMI with their best cut, ‘Lady Of Mars’.
The song was to appear again on their cult début album ‘Dark Star’ put out through Avatar in 1981.
‘Dark Star’ was full of weird and wonderful, slightly spacey, British Metal that came across as refreshingly
original for the period, when so many were content to plagiarize old Sabbath and Judas Priest riffs.
Amazingly enough, a slightly revamped, more mature version of Dark Star reappeared after a five year absence
in 1987 on the FM/Revolver label with a new album called ‘Real To Reel’ but by then the band had moved into a totally new direction.

———————————————————-
Formed in Birmingham, England, in 1978, by ex-Sweaty Betty vocalist / keyboard player Rik Staines and ex-Suicide guitarists, Dark Star are best known for their single ‘Lady Of Mars’ which was included on the legendary NWOBHM compilation ‘Metal For Muthas Volume 2’, and was a firm favourite in rock clubs at the time.

They released their début self titled album in 1981, which gave us classic NWOBHM tracks like ‘Kaptain Amerika’, ‘Backstreet Killer’ and ‘Green Peace’.

Over the years Dark Star toured with bands such as Budgie, Magnum and Ten Years After, also embarking on the ‘Metallical Mystery Tour’ with labelmates Limelight and Chevy.

In 1985 Dark Star sadly called it a day, with a further studio album ‘Real To Real’ emerging on FM Revolver in 1987.

Consisting of vocalist/keyboardist Rik Staines (aka Harrison), guitarists Dave Harrison and Bob Key, bassist Chris Causton, and drummer Steve Atkins. One of countless bands associated with (and perhaps ultimately damned by) the New Wave of British Heavy Metal movement, the obscure Dark Star are perhaps best remembered for their memorable participation in the now legendary Metal for Muthas, Vol. 2 compilation in 1980. The excellent “Lady of Mars,”that was submitted for consideration to EMI, which promptly requested it for the second Metal for Muthas disc.  The very melodic, Thin Lizzy-inspired contribution became a highlight of that influential compilation, the band quickly set about recording a few more tracks for a proposed independent EP. Unfortunately, Dark Star’s “trusted” business partner for this project suddenly pulled a fast one and vanished with all of their cash, leaving only a handful of copies of the single, which was thereby instantly rendered mega-rare status in decades to come. This was hardly any consolation for the group, which nevertheless rebounded by signing with Avatar Records and seeing a proper release of the “Lady of Mars” single by late 1980. A short U.K. tour with fellow NWOBHM hopefuls White Spirit and Angel Witch followed and, after welcoming new bassist Mark Oseland, Dark Star proceeded to record their eponymous debut album in 1981. Now highly regarded as a minor classic, the LP drew positive comparisons to Def Leppard and Diamond Head and led to more touring in the U.K. and continental Europe, but wound up lost in the shuffle when Avatar was forced into bankruptcy a year later. The members of Dark Star had had their fill of failure by then anyway, and decided to go their separate ways — only to unexpectedly resurface under a very commercial AOR guise for 1987’s Real to Reel album. 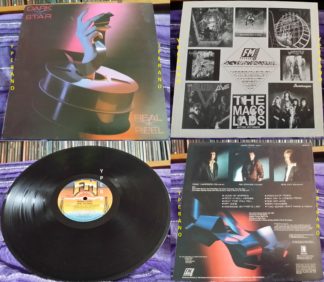