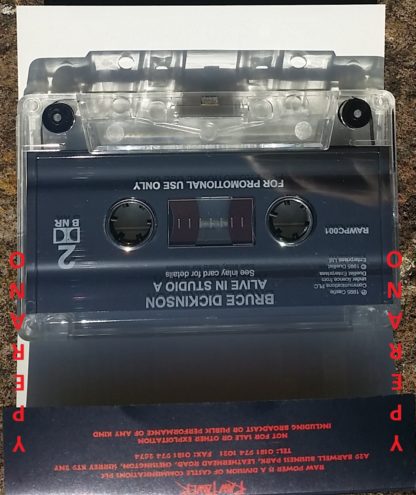 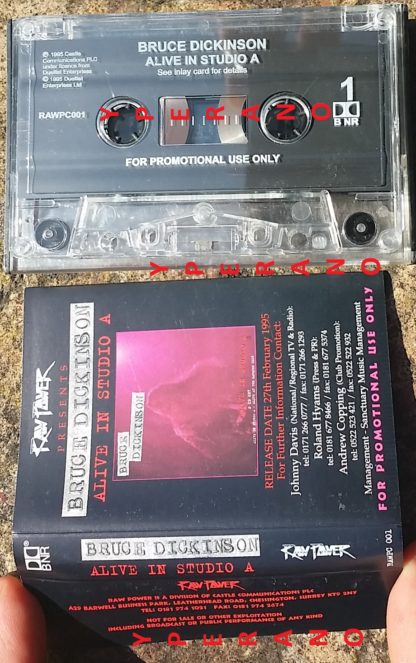 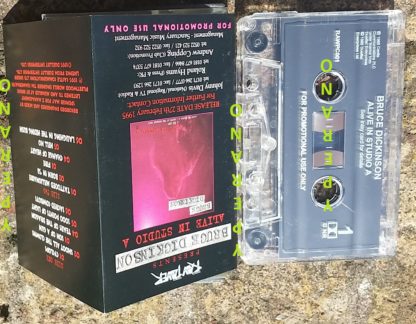 Alive in Studio A is a heavy metal album released in 1995 by Bruce Dickinson. The album does not include new songs but instead re-recordings of songs from Bruce’s first two solo-albums with his new band line-up. Recorded at Metropolis Studios in Chiswick London, for an abortive U.S. radio session. Proof Bruce could still rock as hard in the mid-’90s as he did in the early ’80s!

5.0 out of 5 stars Alive and Kicking,
Firstly, for my dosh (and including the Adrian Smith era ‘Accident of Birth’ and ‘Chemical Wedding’ line ups) this album is recorded by the DEFINITIVE Dickinson solo project line-up. Containing the best songs from both ‘Tattooed Millionaire”” and ‘Balls to Picasso’. If you don’t own those albums just get this – very good value for money. If you do then buy this album anyway, because to hear those songs performed by this line-up (Dickinson, Dickson, Ellena, Dale)is to hear perfection. If you never saw them, you missed out. I look on this album as a snapshot in time, of what Bruce was doing back in 1994, and just how good it could have been had they followed this vain and not veered off into what became the ‘Skunkworks’ project.

5.0 out of 5 stars This Kicks Ass,
Wow. Raw greatness. Bruce Dickinson may not be as popular as he hoped with his solo career, however, upon joining the legendary British metal band, Iron Maiden, his solo projects has skyrocketed. This tape, Alive In Studio A, is completely awesome. I suggest you stop reading this right now, and buy it. It’s worth all the money you put out for it. 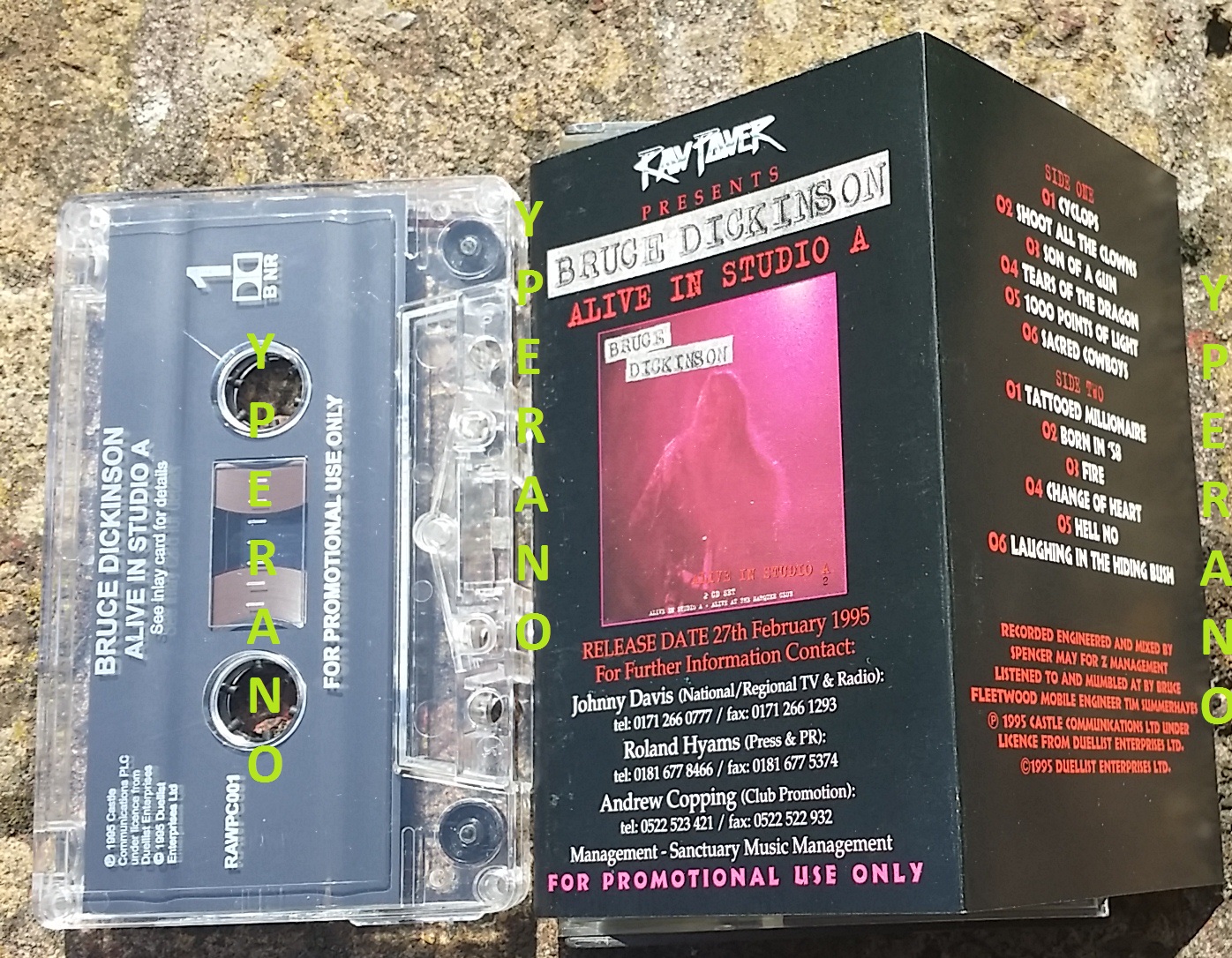 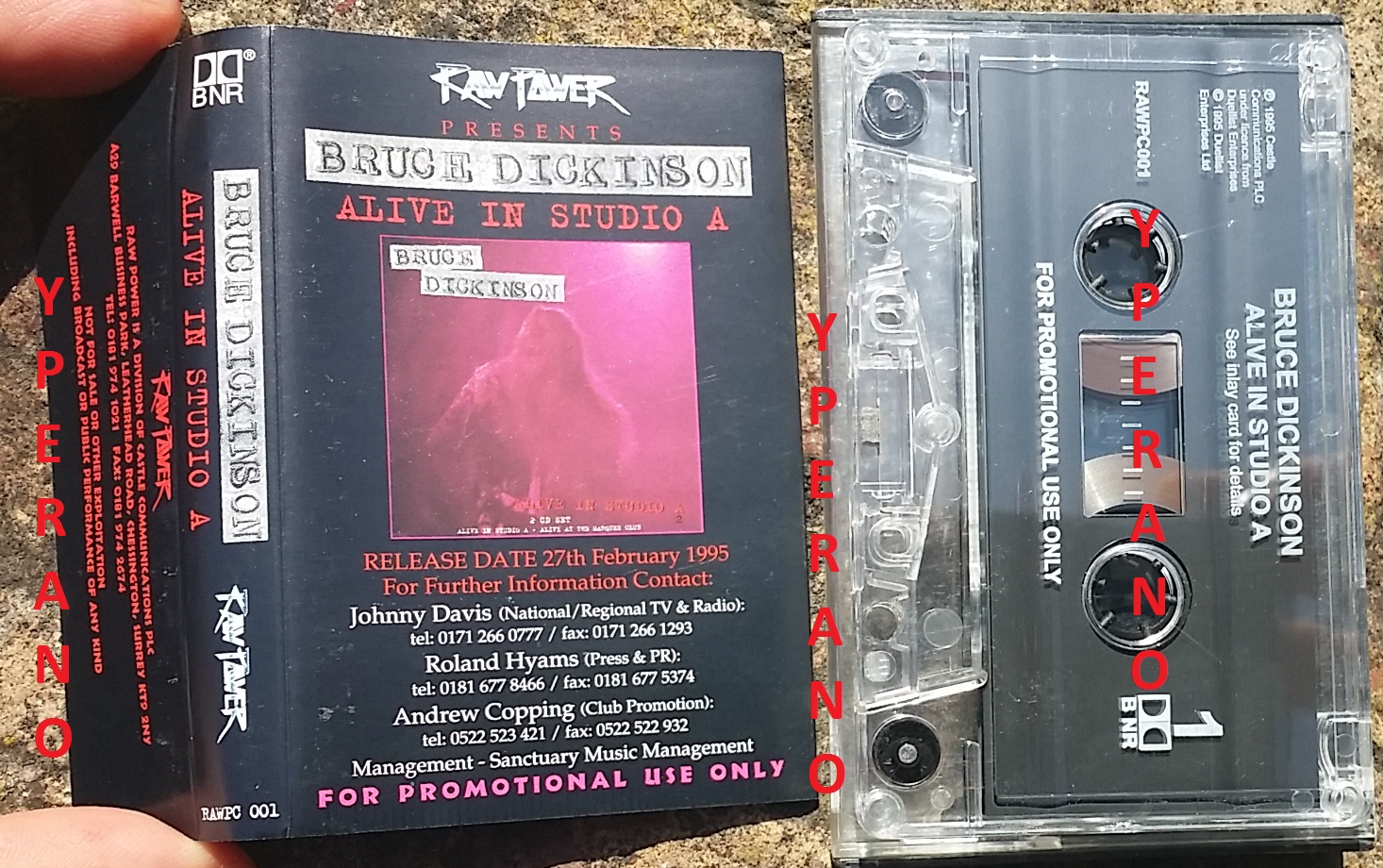 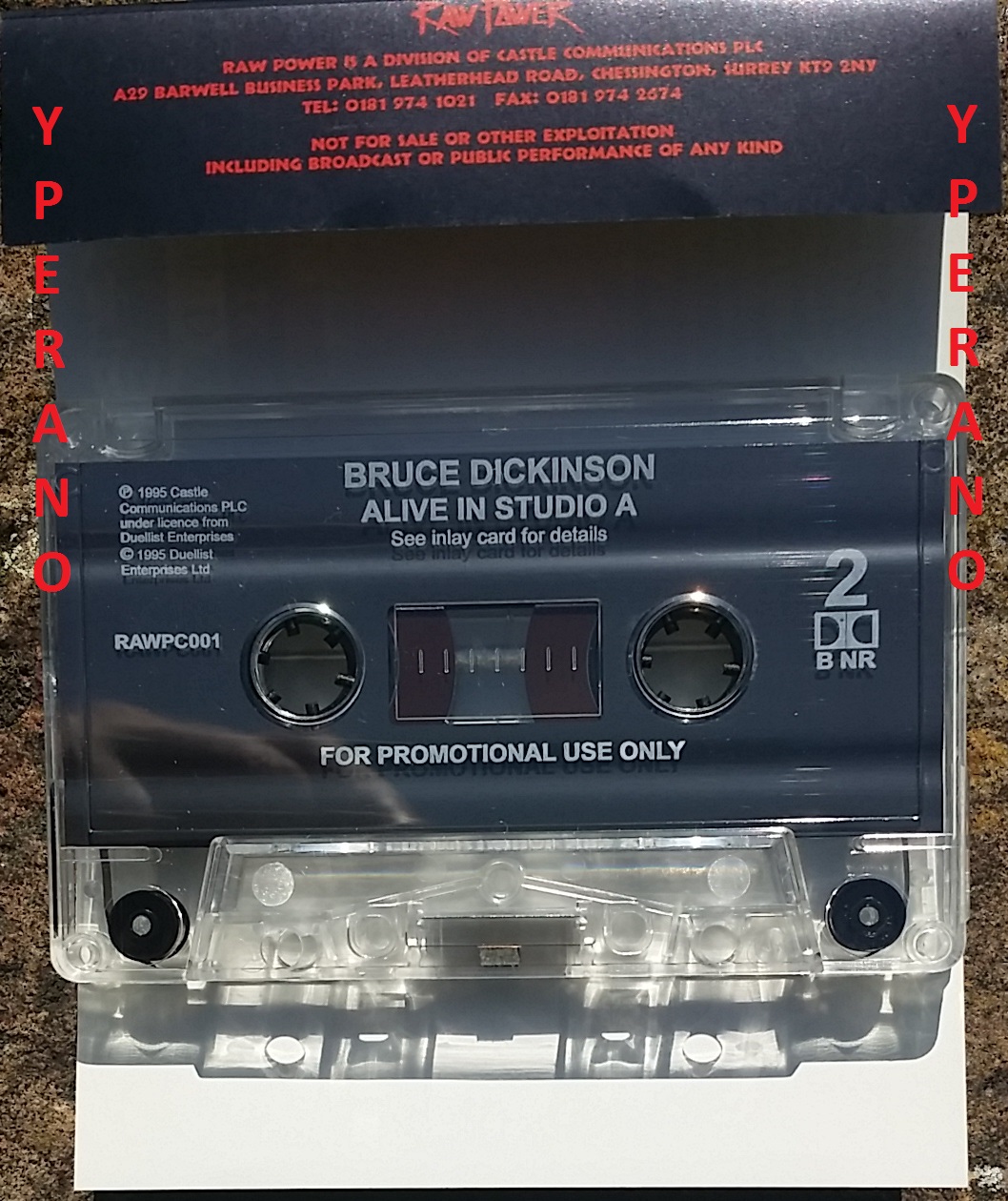 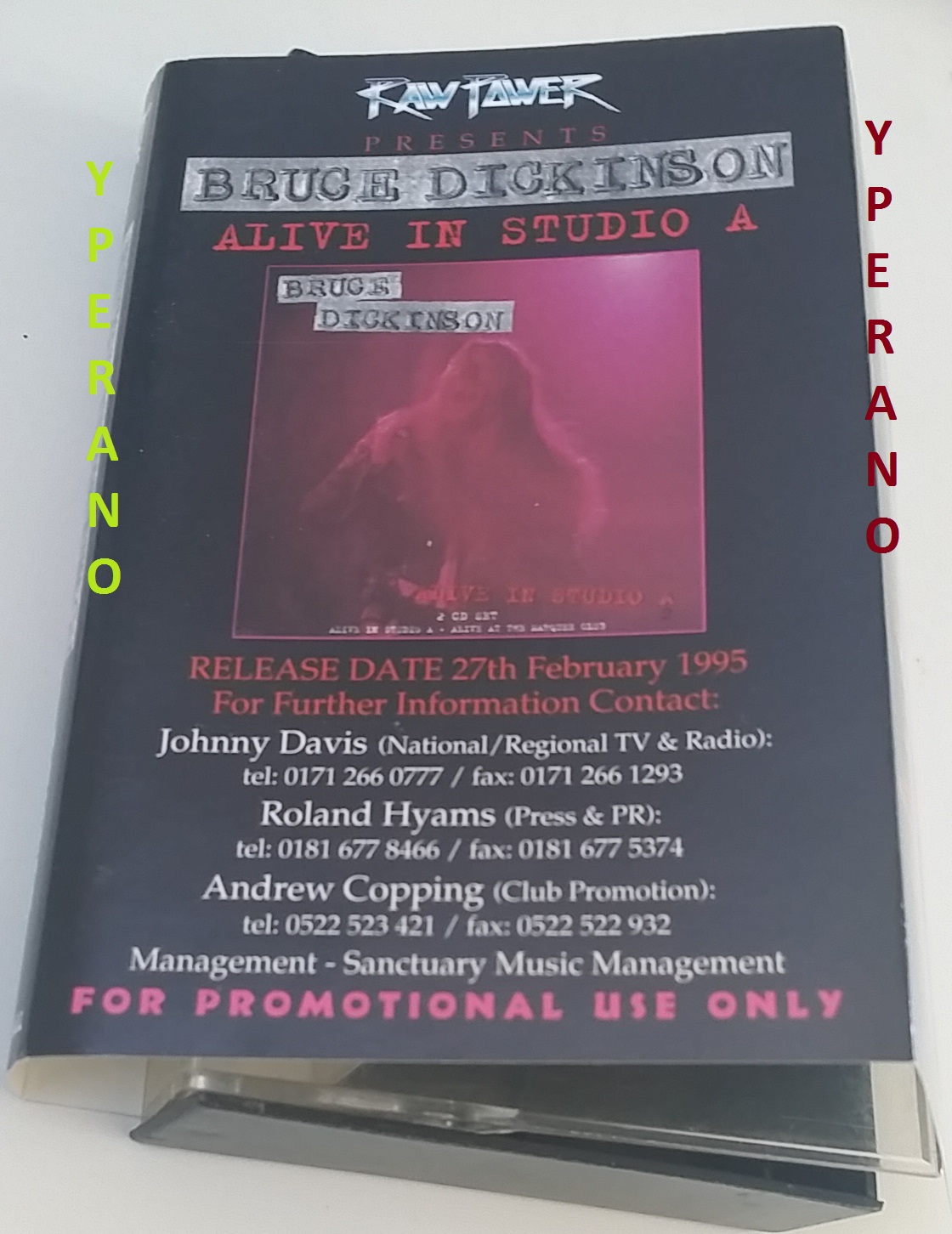 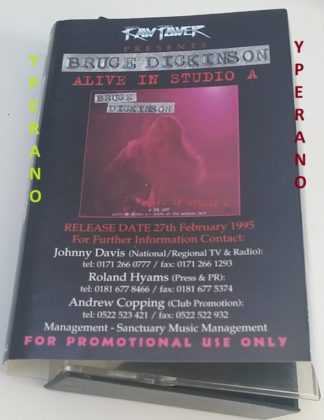