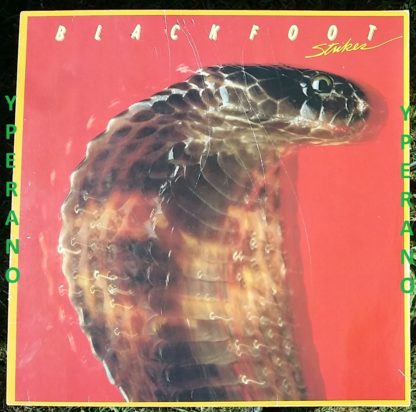 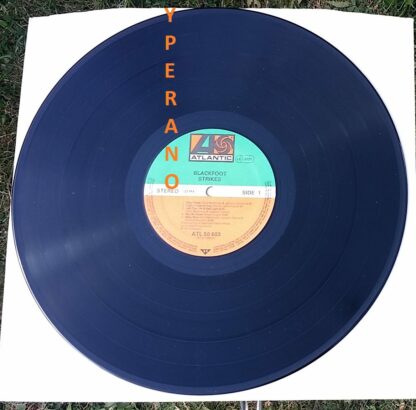 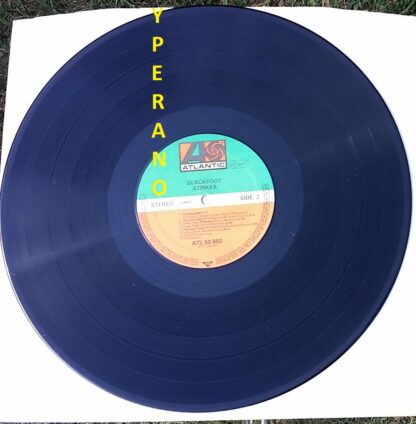 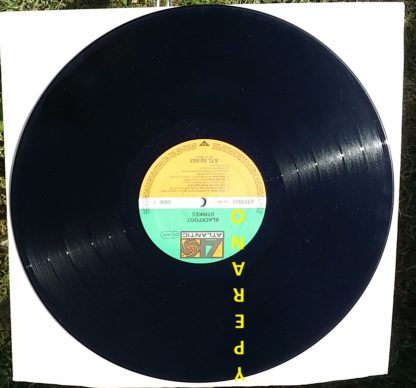 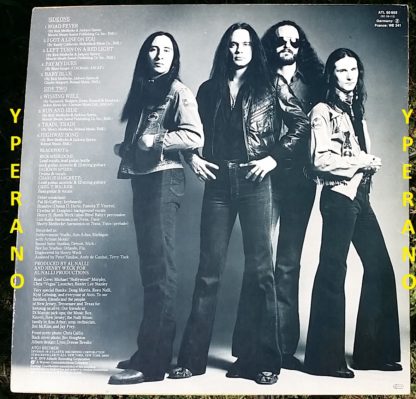 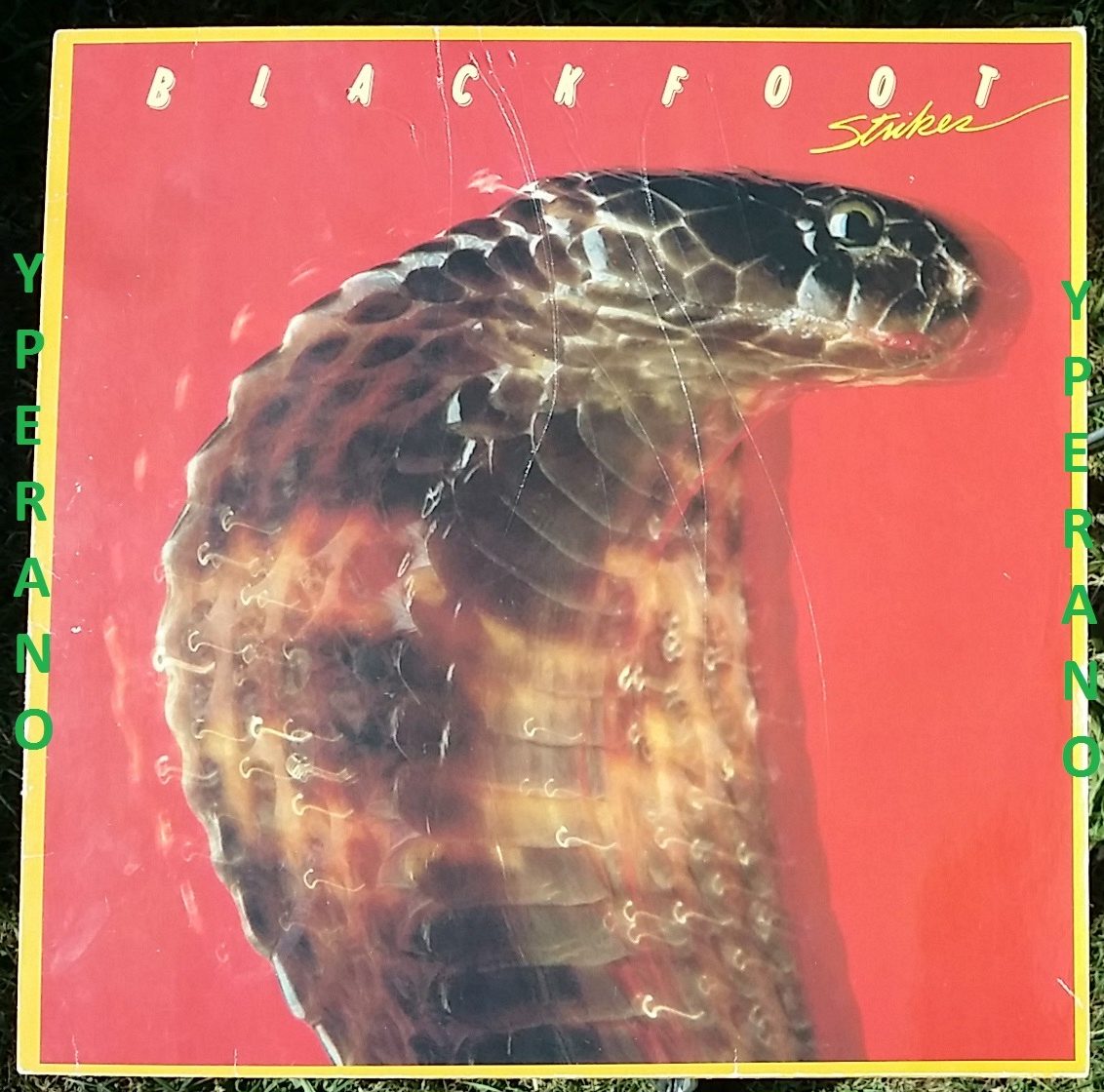 Released in 1979, Blackfoot’s third album, “Strikes”, was one of their biggest commercial successes. It earned the Jacksonville Florida quartet two of their biggest hits, the heavy blues rocker “Train Train” which was written by lead guitarist Rick Medlocke’s 69 year old grandfather, Shorty Medlocke, and “Highway Song” which has a dual guitar ending that rivals Lynyrd Skynyrd’s “Freebird”. The intro to “Train Train” also features the elder Medlocke jamming on harmonica before the guitars kick in.

The legends BLACKFOOTand their kicking “Strikes”, the album which make them really popular (Platinum certified) that features their biggest hit ‘Train, Train’.

Blackfoot was the hard rock version of southern rock’s finest bands. Where Lynyrd Skynyrd and the Allman Brothers would take time between rocking out with a ballad, or a blues song or, in the Allmans case, a jazzy number, Blackfoot did nothing but pump out balls-to-the-wall southern fried rock and roll.
And “Strikes” was the first album ever mixing US southern rock with Hard Rock. And it’s a killer.

With “Strikes”, Blackfoot released an album that will forever be mentioned in the ‘best of southern rock’ lists for ages to come. Led by vocalist / guitarist Rickey Medlocke, Blackfoot was signed by ATCO Records.
Previously, they leaned more towards the Marshall Tucker style of southern rock, but when they released Strikes in 1979 it was clear from the first note that things had changed for the band.
There would be no more sweet shit; that was replaced by loud, cranked up guitars and a high energy hard rock approach.

‘Road Fever’ opens the album and sets the scene for ten tracks of blistering southern / hard rock. The album paid homage to artists who influenced all Blackfoot musicians, as the remakes of Spirit’s ‘I’ve Got a Line on You’ and Free’s ‘Wishing Well’ show.
Of course, Medlocke and the rest of the band give a tip of the hat to Rickey’s uncle Shorty Medlocke, as he provides the mouth harp on the famous intro to Blackfoot’s hardest rocking and classic tune ‘Train, Train’ .
The album ends with ‘Highway Song’ which is not only Blackfoot’s most iconic track, it is one of southern rocks’ most epic songs.

With “Strikes”, Blackfoot took Lynyrd Skynyrd mold and kicked it up a notch, incorporating just enough heavy metal to make it rock-hard, but still retaining their southern roots.
The band hit it big with “Strikes” and began a run of three terrific albums (Marauder, Tomcattin’) that took them from being a footnote in the genre, to making them one of the big players.
Like most great southern rock albums, the sound and style is instantly recognizable… as is the attitude. This LP has them all. Blackfoot rule. “Strikes” rule. An ass kickin’ record.
HIGHLY Recommended. 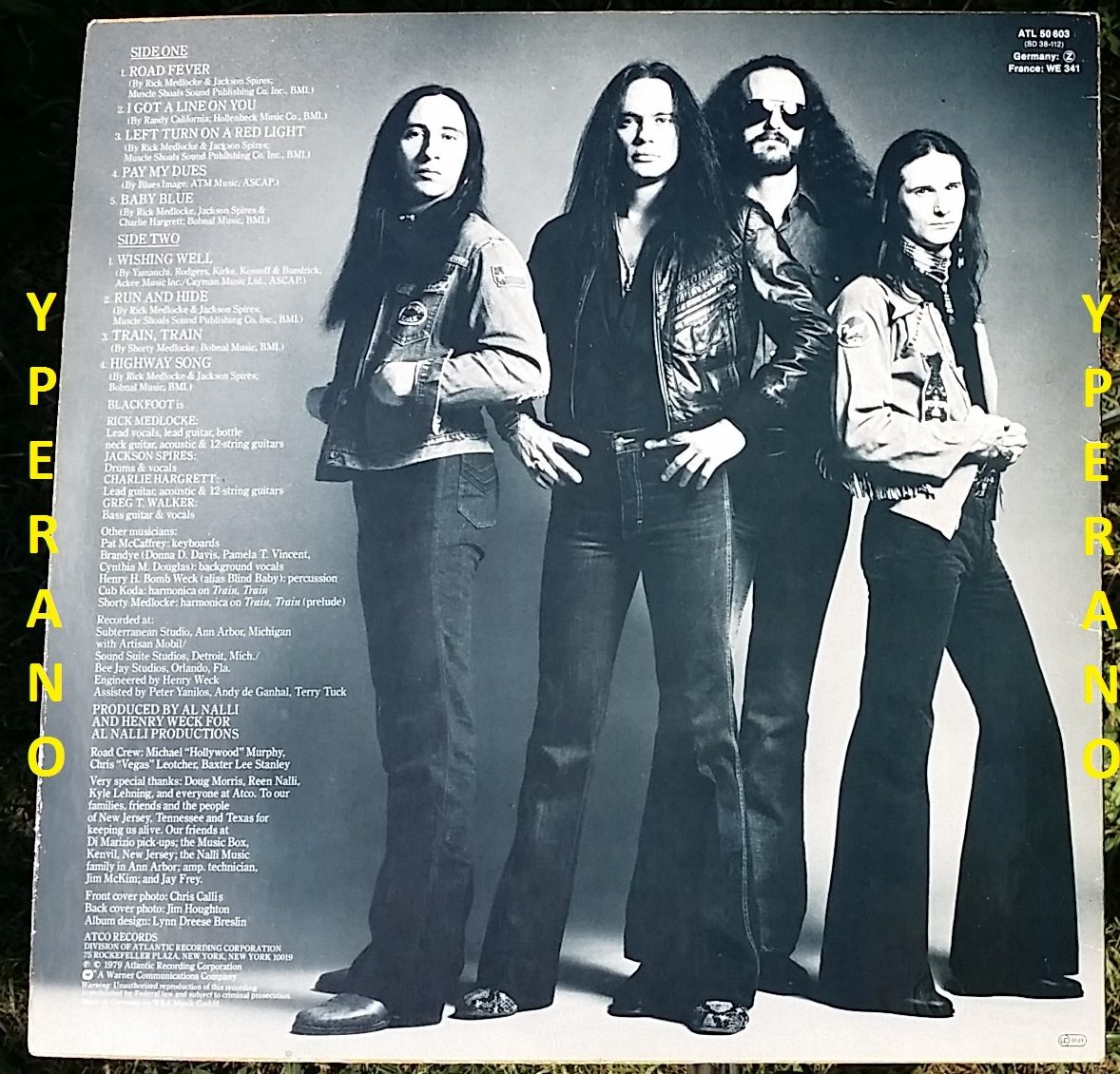 For this album, the record company interjected a few wants. For one they insist on is some radio friendly cover songs. So Medlocke brings up Free’s ‘Wishing Well’. Secondly they believed the rhythm section was not pleasing to radio listeners. So the band lightens it up to where it has more bounce and groove. Blackfoot and the record company disagree on two songs. One being ‘Highway Song’ which Atco said the 7 minute song wouldn’t get air time. ‘Train Train’ also had the same said. January of 1979 the album hits stores and is destined to be the band’s crossover to commercial success. Naturally after an album it’s time to tour. So early spring it starts and last through out the year. Including a run with REO Speedwagon. They later toured with Ted Nugent. Playing to 12,000 people a night, Nugent goes so far as to say as his opening act, You guys kick ass and make me play harder. As a gift they give Nugent one of their first gold record plaques. Unlike the first albums radio play of ‘Highway Song’ and ‘Train Train’ takes place. Around mid-year when “Train Train” hit the charts things really started rolling. ‘Highway Song’ places higher at number 26. Proving the Atco guys wrong. ‘Road Fever’ ‘Left Turn On The Right Light’ from the album become must play live hits from this point on.

signing with Atco, for whom they recorded their 1979 breakthrough Strikes. Known as a ferocious live unit and probably the heaviest of Southern rock bands (see opener “”Road Fever””), Strikes also proved that Blackfoot could write great melodies for the gloomy “”Left Turn on a Red Light”” and the inspired cover version of Free “”Wishing Well.”” But the band biggest hit would come in the form of the seven-minute “”Highway Song,”” a tune that was admittedly very reminiscent of Skynyrd “”Freebird”” and that helped drive the album to gold status. Also of note is the harmonica performance of Shorty Medlocke (Rick grandfather) on his own blues, “”Train, Train.”” 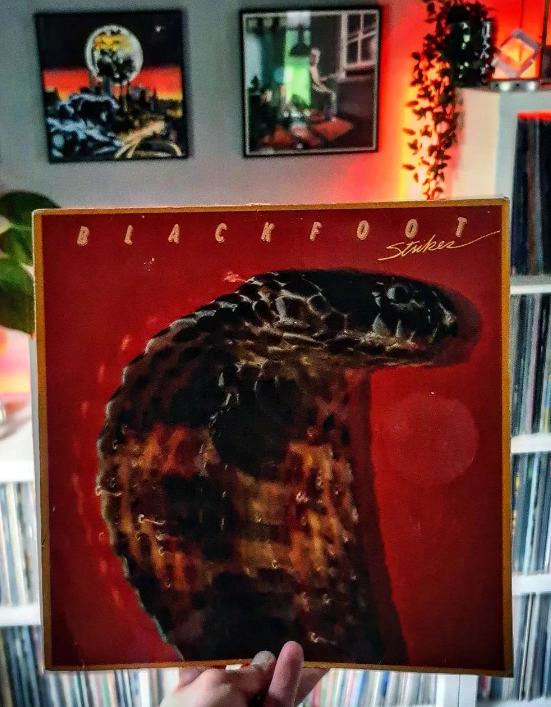 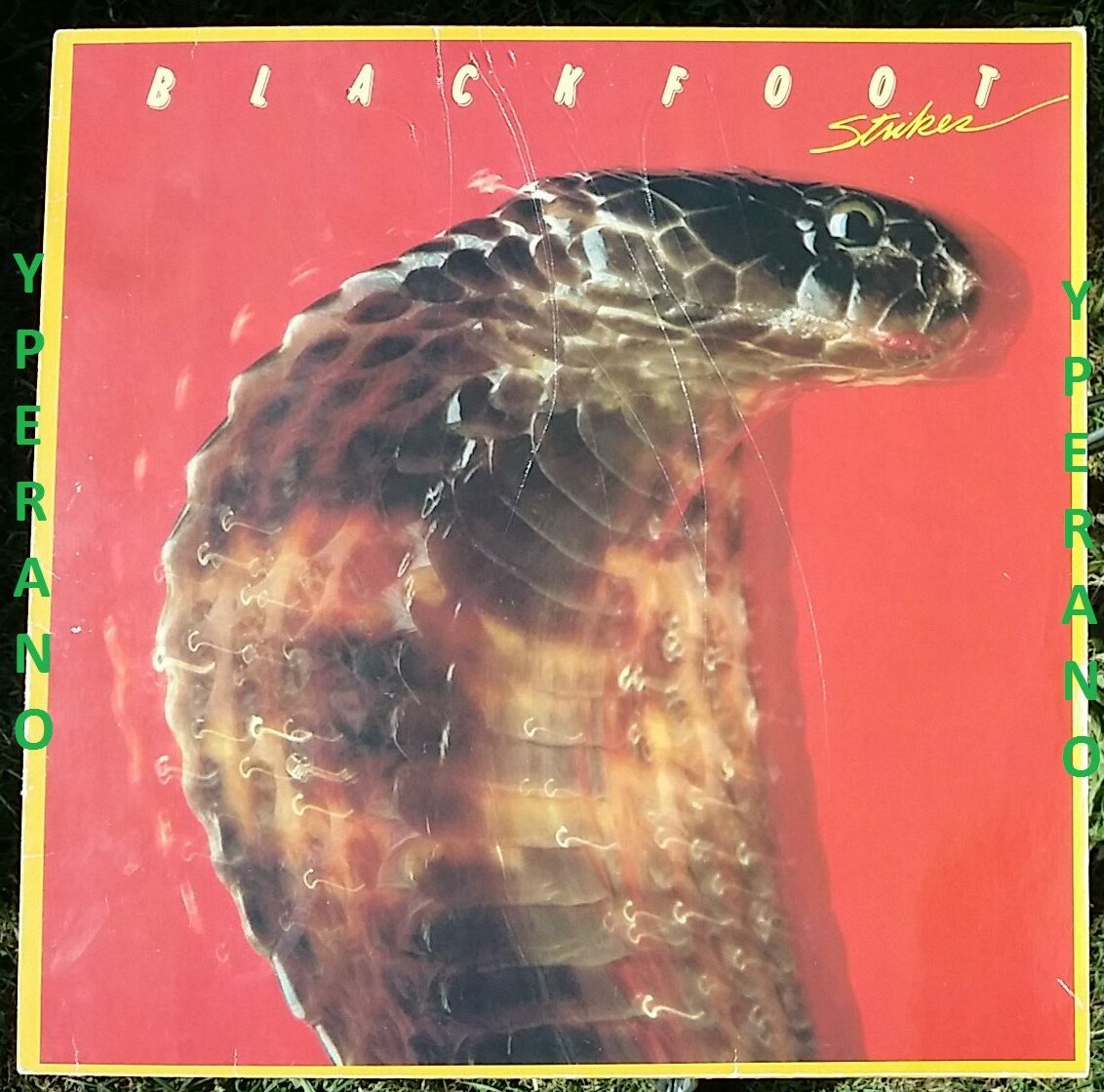 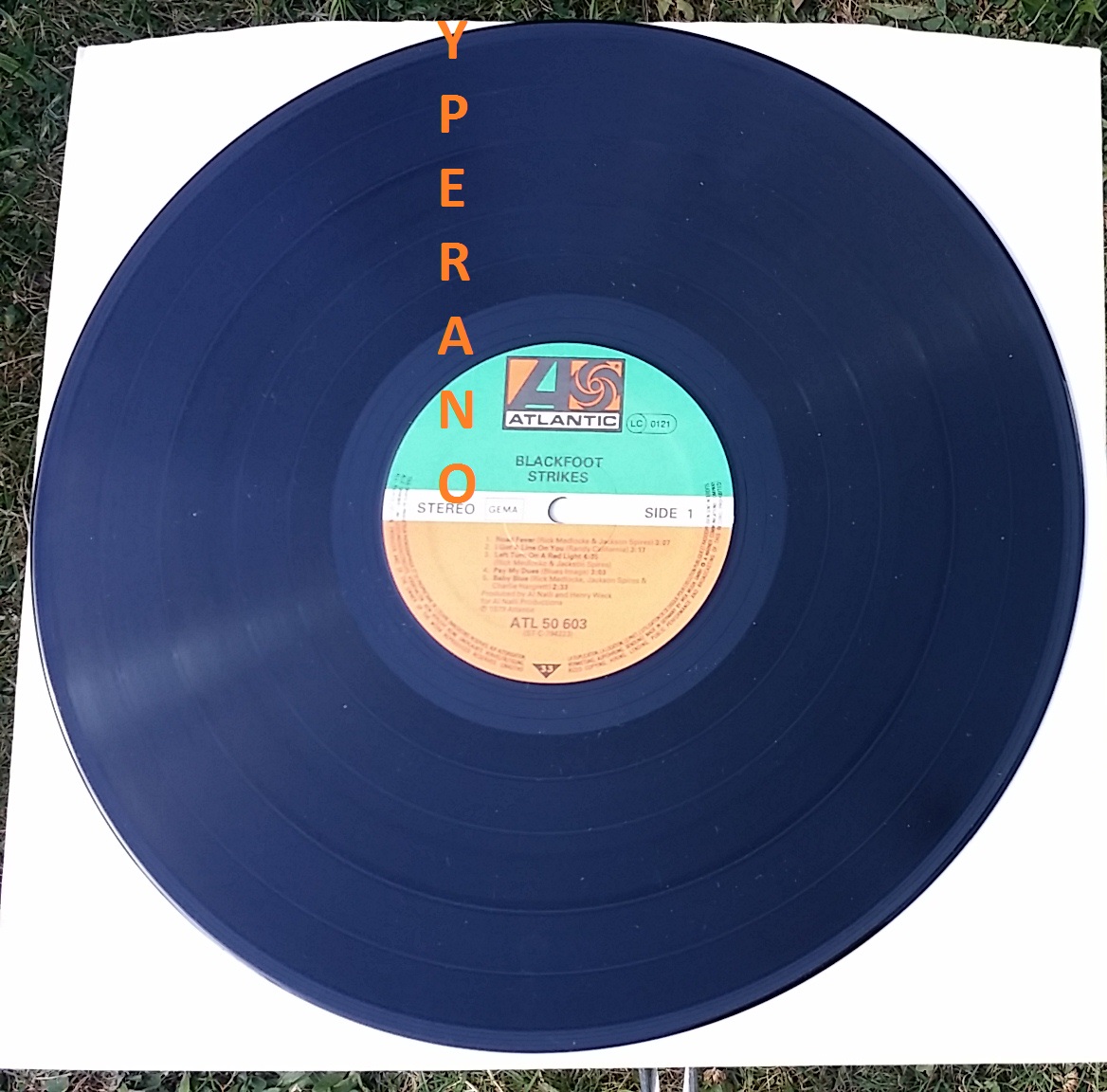 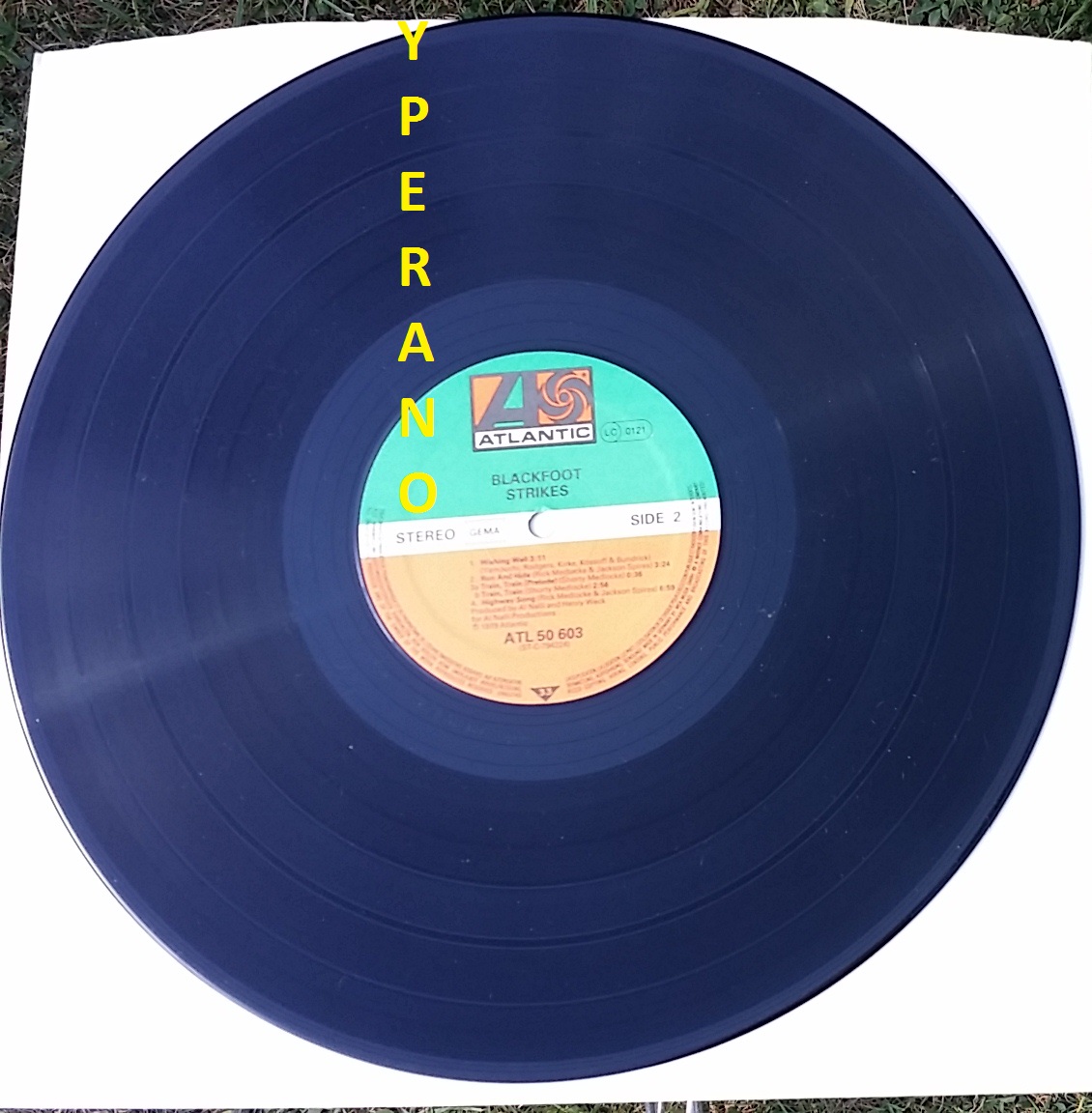 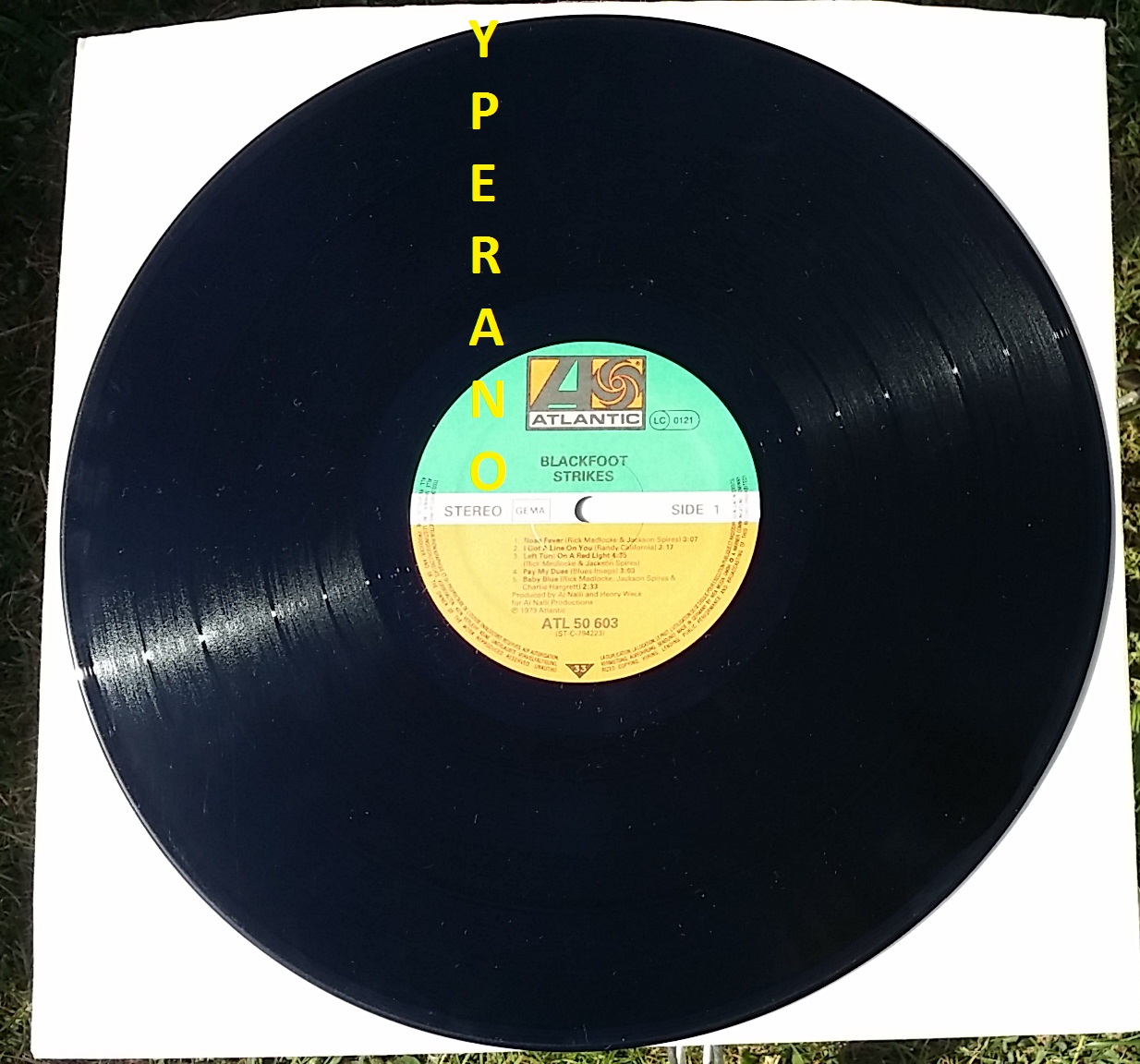 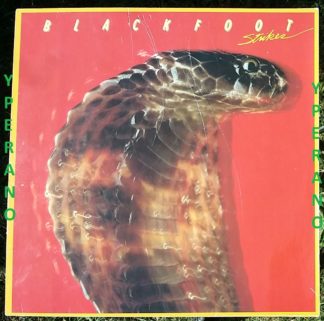