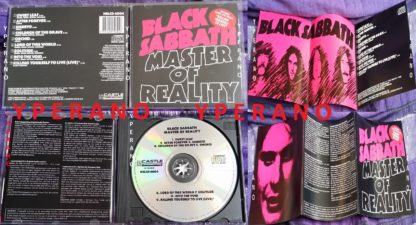 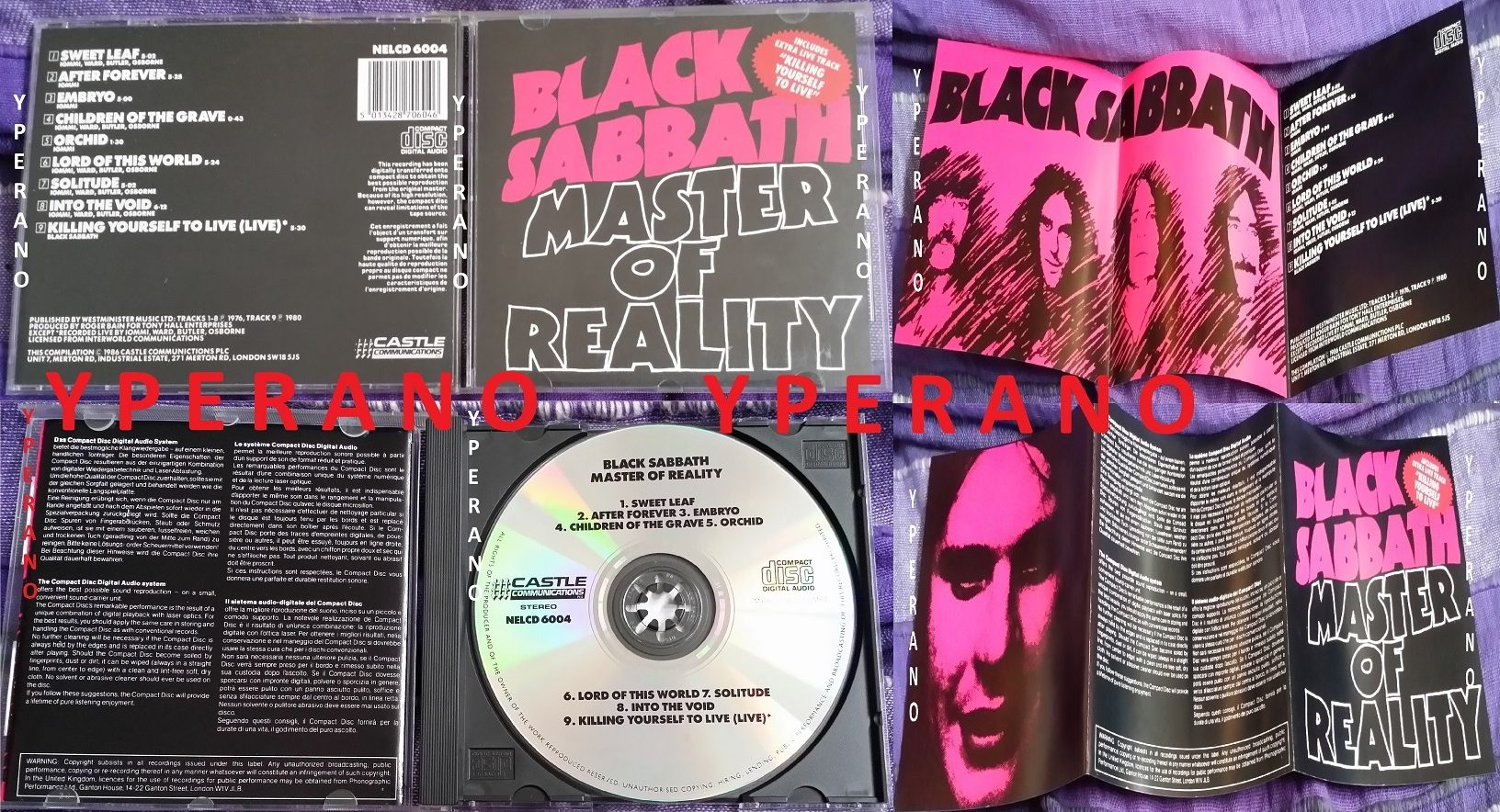 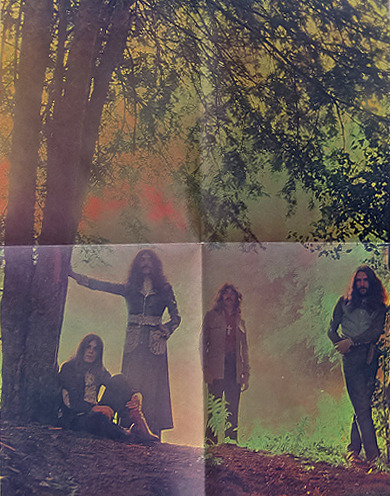 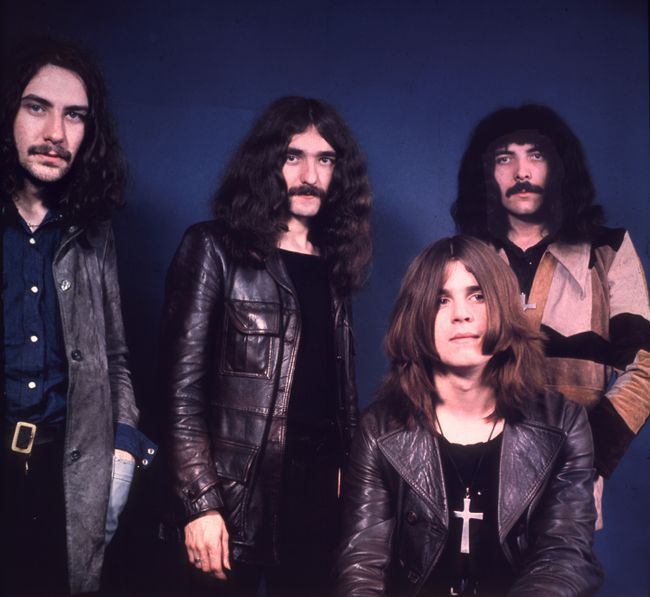 The story behind Black Sabbath’s Master Of Reality

It was 1971. Zeppelin were storming the world, Deep Purple were riding high on Fireball and Hawkwind were going In Search Of Space. Oh, and Black Sabbath came up with Master Of Reality.
Birmingham doomsters Black Sabbath started life as Earth in 1968, before changing their name a year later, inspired by an Italian horror movie of the same name. In 1970, they’d recorded and released their first two albums, Black Sabbath and Paranoid. In the process, not only had they become a commercial force, but effectively invented heavy metal as we know it.

“Black Sabbath were very different to anything around at the time,” insists drummer Bill Ward. “Our lyrics were especially unusual. We were darker and more morbid than anyone else. We all came from difficult backgrounds, and that was reflected in what we wrote about.”Following the global success of the Paranoid album, Bill, together with vocalist Ozzy Osbourne, guitarist Tony Iommi and bassist Geezer Butler, prepared for what was to become one of the most celebrated and crucial records of their career.

“Our attitude was why change what had worked before? We knew and liked Rodger and Tom. However, I think they must have found us difficult to work with on Master Of Reality. Previously, we didn’t have a clue what to do in the studio, and relied heavily on them. But [by this time], we were a lot more together, understood what was involved and were more opinionated on how things should be done”

This wasn’t the only change for the recording sessions – which happened at Island Studios in London from February to April 1971. For instance, the band now had a lot more time at their disposal.

“On the first album, we had two days to do everything, and not much more time for Paranoid. But now we could take our time, and try out different things. We all embraced the opportunity: Tony threw in classical guitar parts, Geezer’s bass was virtually doubled in power, I went for bigger bass drums, also experimenting with overdubs. And Ozzy was so much better.”

It was also a record where the band generated a heavier sound than they’d done before. Both Tony and Geezer detuned, in effect coming up with the blueprint for doom and stoner music.

“I believe Master Of Reality was a lot heavier than anything we’d attempted before. We had a lot more confidence and really wanted it to use this properly. On the previous two records, we had so little time that all we could do was record as a live band – that was our strength, anyway. We’d done so many gigs that we were very tight. But this was the first time when we didn’t have gigs booked in, and could just focus on making the album a landmark.”

Black Sabbath were also still able to keep their excesses and appetites under some sort of control. The insanity of indulgence was still a couple of years away from engulfing them.

“I won’t pretend there weren’t alcohol and drugs around, because we were getting into those sort of things,” admits Bill. “But back then, we still had control over those habits. I could keep my drinking and drugging right down in the studio, so it didn’t affect my playing. I could have a drink at the pub and know when to stop. This only became an issue a few years on. Making the third album was more important than getting out of our heads.”

Lyrically, the album drew from war, religion and drugs. As far as the first subject went, Children Of The Grave was a potent and powerful anti-war statement. A startling successor to War Pigs on the Paranoid album…

“This is a workshop in heavy music. Even when we did it on the last reunion tour three years ago, it got the audience going like crazy. I know it’s popular in the UK, but in America it really made a mark. When we first began to play it on tour in the States, it was just when the bodies were starting to come home from the Vietnam War, and the casualties.

“We had a lot of veteran soldiers turning up in wheelchairs at shows, and they’d come down to the front for this song – as they did for War Pigs – waving their flags, and singing along. It made for a very emotional and wild time.”

Another significant moment on the album came with After Forever, which surprised many by talking openly about Christianity. Was this Sabbath distancing themselves from the Satanic and occult imagery of the past? Bill believes this song’s implications to be profound in terms of the band’s outlook on life.

“What we were doing on After Forever was asking relevant questions about the validity of Christianity, in particular Catholicism. We were voicing our own inner concerns about it all, asking everyone if they were prepared to accept what was being said, without questioning whether this was right or wrong.

“Previously we’d discussed the darker side of it all – and I think Sabbath as a band always remained a dark force – but we weren’t dismissing Christianity; now we were showing our own confusion on what it was all about.”

For the drummer, this was a major turning point in the way Sabbath were thinking about not only their music, but also about life in general.

“We’d seen a lot of the world by this point, thanks to our hectic touring schedule, and we had changed as people. That sort of thing is inevitable. And we were all trying to figure out who we were, and how we fitted into the world. I know that personally I was still coming to terms with everything. I was still only 23, and it would be another few years before I discovered myself, and became more comfortable with who I was.

“But what we were doing with Master… was questioning everything. We were in that phase of our life. What we wrote about was what was going on around the band. Sabbath had become observers of life, and that was to continue through the rest of the decade. Perhaps we’d been a little more influenced by stories that were fantasy beforehand, but not now.”

This is reflected in the album’s title, something that wasn’t as straightforward as had been the case with the previous pair – and was subsequently to be true of most other Sabbath record titles from the original line-up. Bill believes this was chosen to reflect that the band were far from being the rock stars many feared they’d become with success.

“It was either Geezer or Ozzy who came up with it. Not sure which one now. But it was really just a way of telling everyone that we hadn’t lost touch with our roots, and were still four blokes with our feet on the ground. We still did most things together – including drinking.”

Bill underlines that success – and it had been considerable by this juncture – hadn’t altered their attitude.

“We were still down-to-earth guys from Birmingham. To be honest, by this point we’d not had the chance to spend any of the money we’d earned, because all we seemed to be doing was touring. But all of us still felt completely connected to our audience. We had that important rapport with the fans, because we were the same as them.”

The album actually opens with one of the most celebrated tracks of the band’s career – Sweet Leaf. And this begins with a cough – the sort of startling ‘effect’ most bands would have cut as being somewhat embarrassing, or even unprofessional. Not Black Sabbath, though. Bill is still fiercely proud of the idea – and stoutly defends the concept.

“Yes, this was done deliberately. And totally appropriate for the song, because it is about marijuana.

So, who actually was coughing in the studio? Most people reckon it must have been Ozzy. Some have suggested a roadie. Both wrong. Bill can now reveal it was…

“Tony Iommi! He’d just sucked on a big joint. We had the tapes rolling, and it was the perfect way to begin the record.”

Master Of Reality was released in July 1971, and immediately became a major success. In the US, not only did the record make it to number eight on the charts, selling half-a-million copies in advance (the album has now sold over two million), but in the UK it reached number five. By comparison, the Paranoid album reached number 12 in the States and number four over here. So the band had proven their somewhat surprise success in 1970 was no flashbomb-in-the pan.

Sabbath also undertook their most ambitious tour to date, going on the road for an astonishing 14 months, including a 22-date sold-out trek around the UK in spring 1972. They were clearly reaching new peaks of achievement. Bill recalls the Master Of Reality period as the end of an era, as well as the birth of the next phase.

“I always look at the first three albums as being part of the same time period for us. But for me, it was Master Of Reality that defined how good we’d become. The band had sort of reached a pinnacle with it. While I like all of those records, this is the one where I believe we found ourselves. This is really the first proper studio album. It also marked a point at which we began to develop into something else.”

Today, nearly 30 years on, the album not only stands in its own right as a great record, but one that has inspired succeeding generations of musicians.

“I know people feel that Sabbath invented heavy metal with our debut album – and that is true to some extent,” Bill concludes, “but I believe that it’s with Master Of Reality that we proved the potential and power of the music. It’s also a record when we weren’t afraid to show our vulnerable, sensitive side” 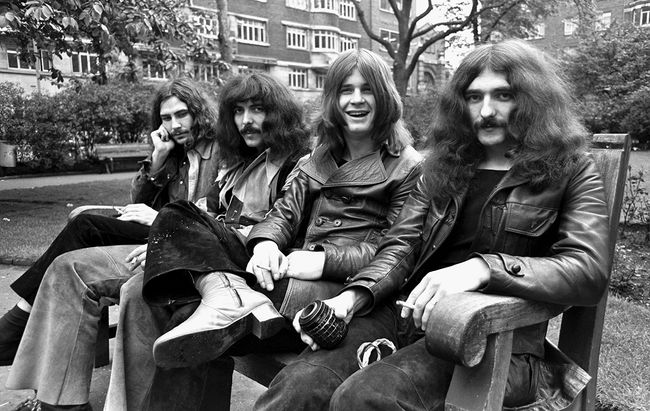 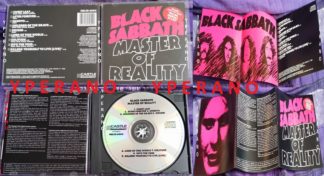