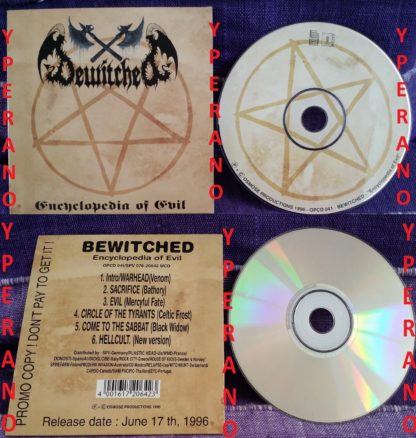 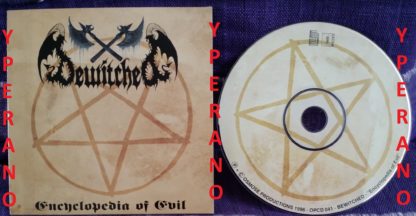 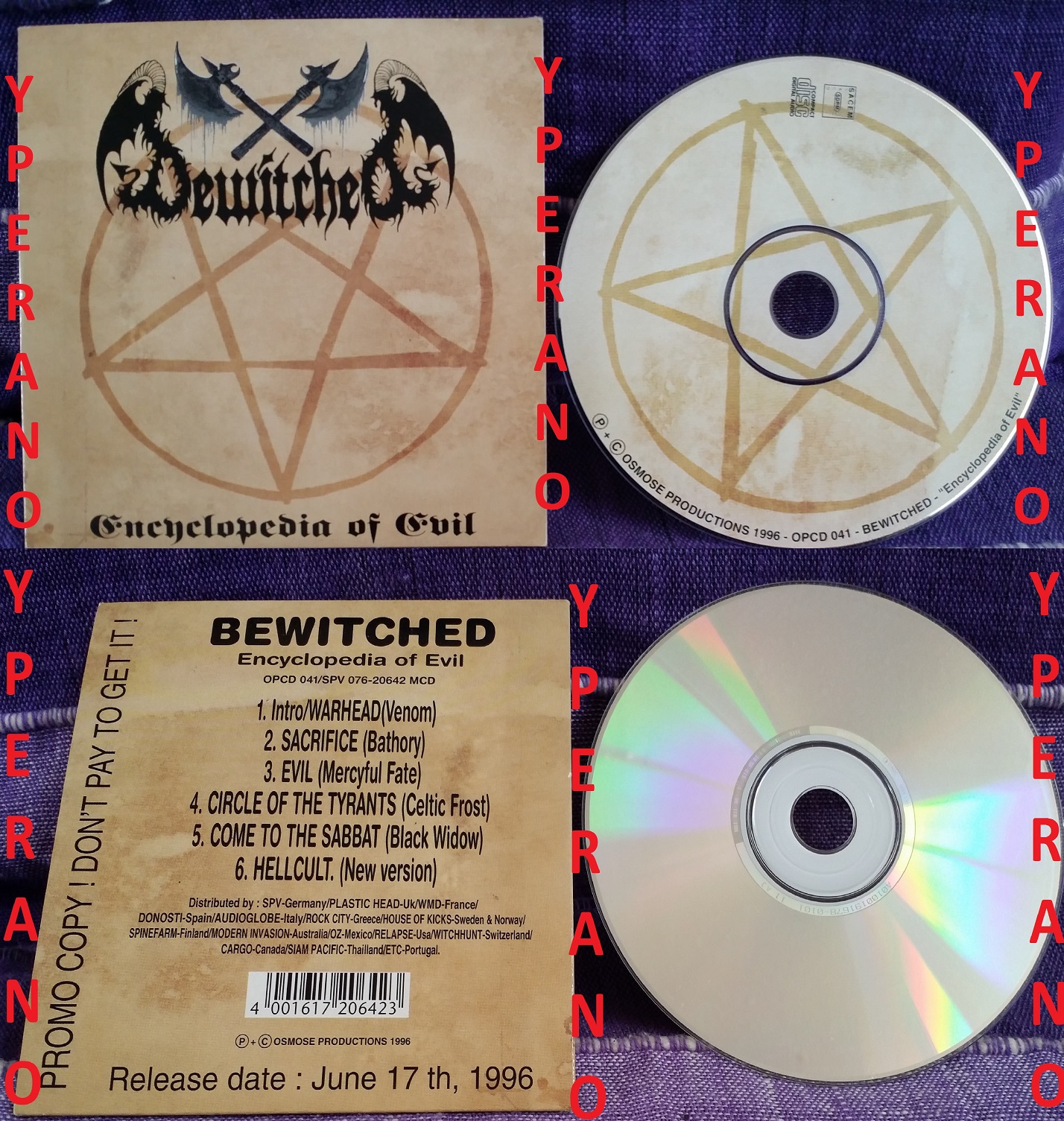 5.0 out of 5 stars The Masters of the Hellcult,
Amazing EP release w/ 5 cover songs, an original intro and a live-in-the-studio rendition of “Hellcult.”
Covered are are the most classic evil black metal bands being, Venom (“Warhead”), Bathory (“Sacrifice”), Mercyful Fate (“Evil”), Celtic Frost (“The Circle of the Tyrants”) and the obscure band Black Widow (“Come to the Sabath” – awesome rendition!).
Good introduction to the style of music they play. Hail these evile-doers.
————————————————————-

Bewitched Old Skool Blasphemy…
Great Black Thrash Metal. The songs I like most on this album are Sacrifice, Come To The Sabbath, and Hellcult(Live).

1) Prologue, I happen to like this short lead in. It reminds me of the intro on King Diamond House of God a bit. Starts off slow with some distorted talking, eventually fading into the starting Venom cover song rather well.

2) Warhead sounds all right till the ill fated attempts at grunting and growling. Though I have heard worse tries to get the Cronos scream. I don’t really like the screams on this or the vocals much. A pretty decent version/cover of Warhead.

3) Sacrifice, this is a well done version of the Bathory song. The music on it sounds pretty good and accurate to me. Perhaps the pace is a tad faster on the cover version of song though. The vocals are all right, not quite the original but decent.

4) Evil is a pretty good Mercyful Fate song the original. The vocals on here make no real try to get into King Diamond land. So if you wanna hear a more Black Metal vocal sounding version of this song. Then you probably will wanna check this out. The music sounds pretty good to me, the vocals don’t bother me really.

5) The Circle of The Tyrants is a song that’s been covered so many times. They mixed in some of the noises and echoes like original rather well to their credit.

6) Come to the Sabbath(Black Widow) I like how this song starts out. I think its got a rather cool beat and feeling to it. Drumming at beginning makes me think of an Indian War Party preparing for battle. As scary as it might sound this is an upbeat old school sounding song with some fun parts to it, but has a sort of Sarcastic Happy Feel to it. I like how the vocals were done on this song most out of all the cover songs.

7) Hellcult, this is a pretty good live version of song in my view. I like how Bewitched waited till end of album to toss on this song. Another nice touch was starting out with their Prologue and taking that into the cover songs. This is a pretty good song that seems to mix Thrash with Black Metalish feel at times. Great beat and flow to this entire song. Even the beginning of the song, way it starts quiet then gets heavy is done well. The singing style fits the speed and type of music of this song perfect in my view.

This CD is a bit over 25 minutes. This is a talented band and none of the cover versions sound like some 16 year old kids. One thing I have to be honest about concerning this band is they sound like Pros. Not saying they are the Best at instruments they play, but clearly the group is talented and capable. To me they sound a lot better than many bands that I have heard. Especially when it comes to doing cover versions of older(Legendary) bands. This group seems to be at their best when playing at a faster pace in general. The best sounding song of the cover versions is probably Sacrifice. Seems to of fit the bands style and strengths better than Evil that’s for sure.

All the cover songs are done decent or sound good. 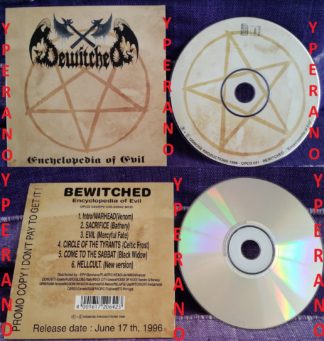