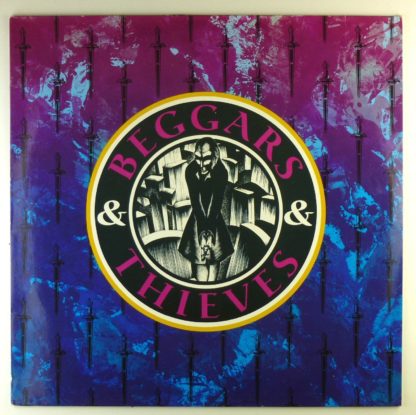 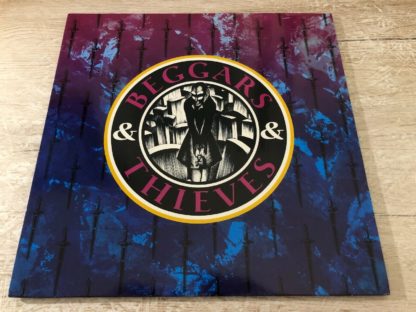 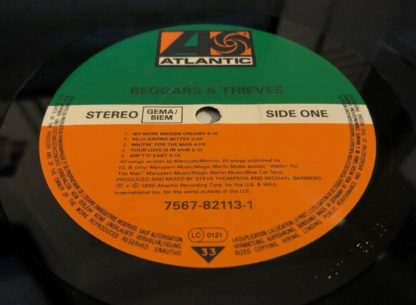 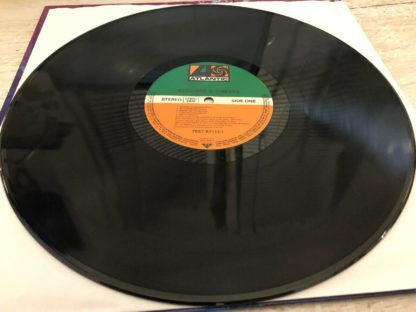 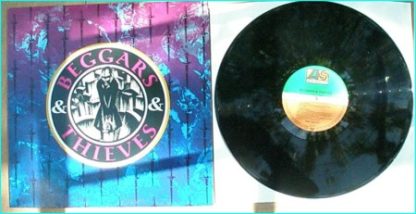 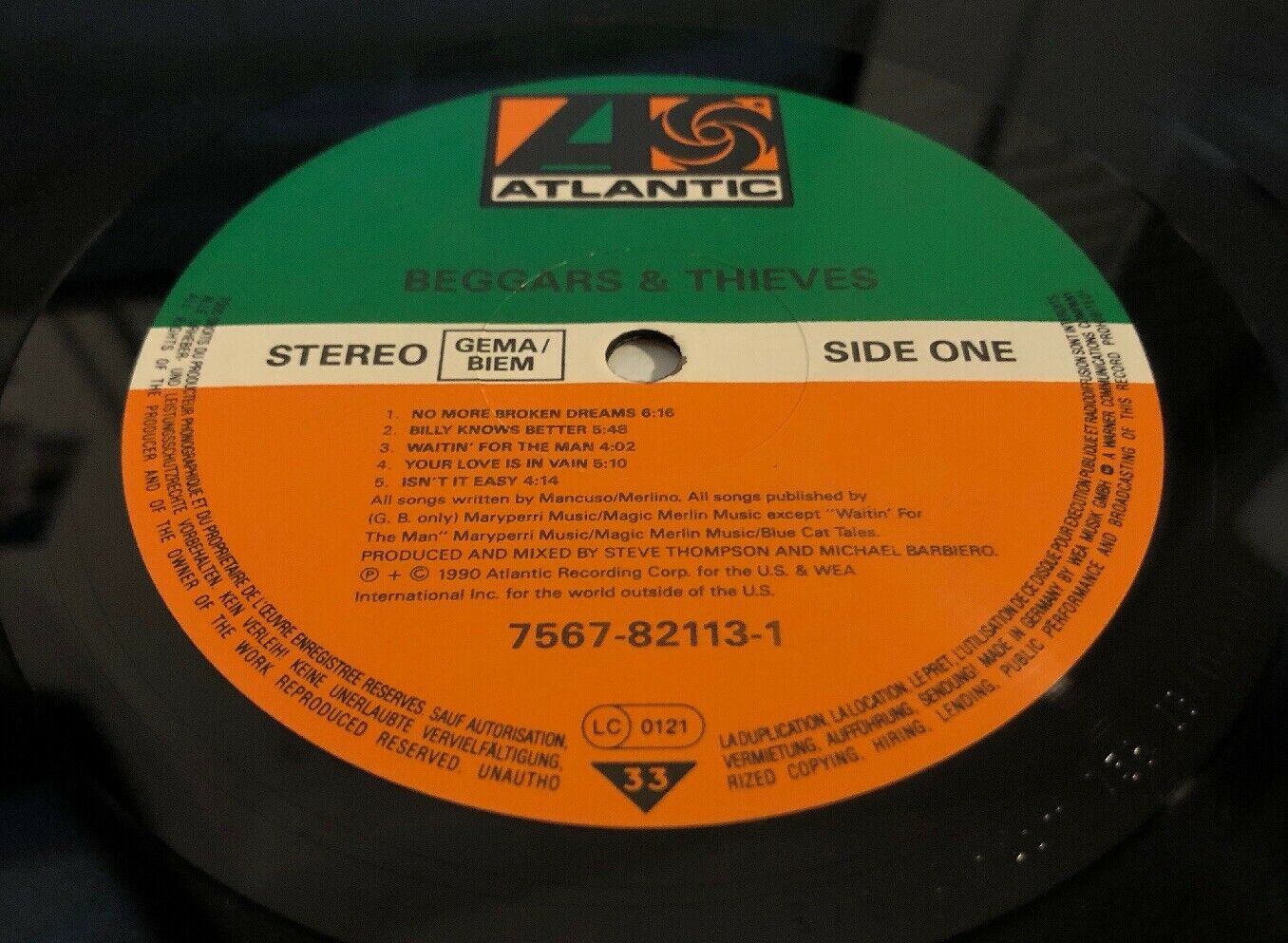 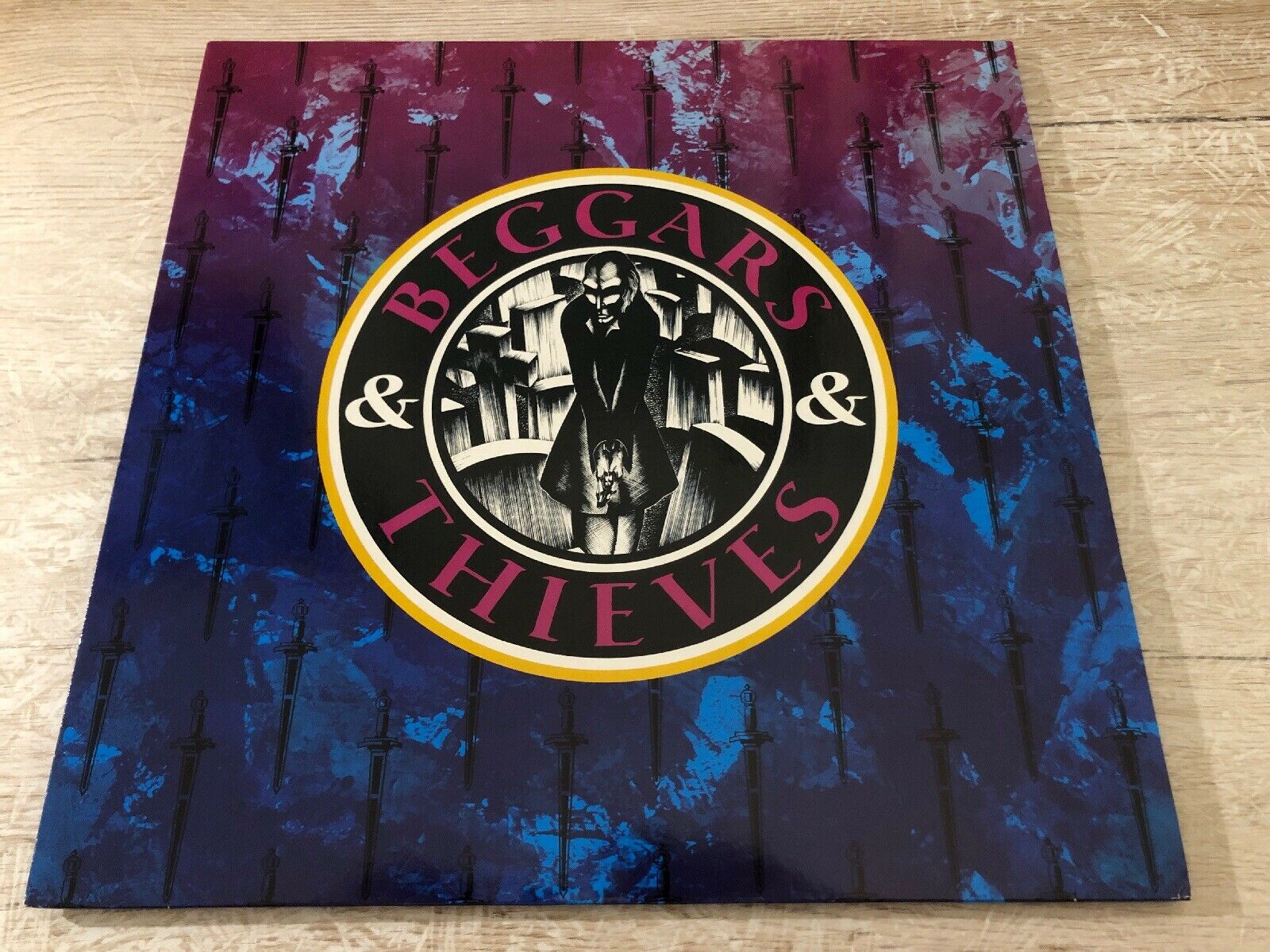 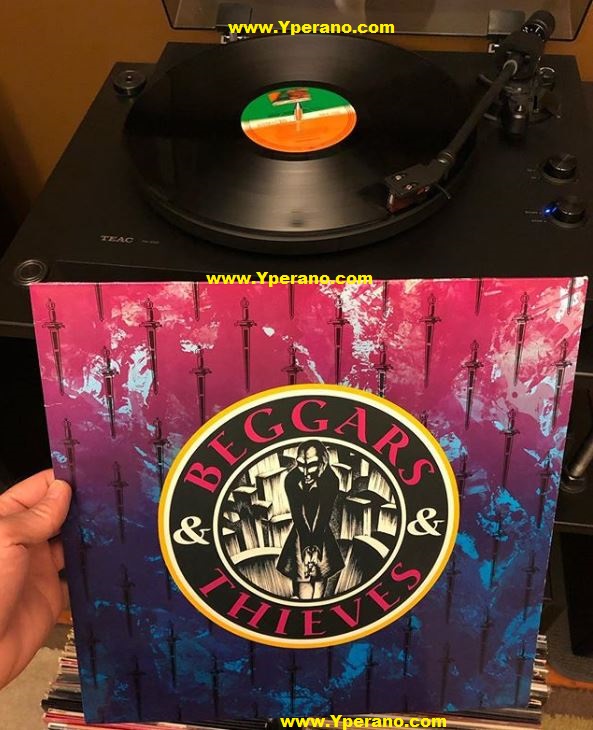 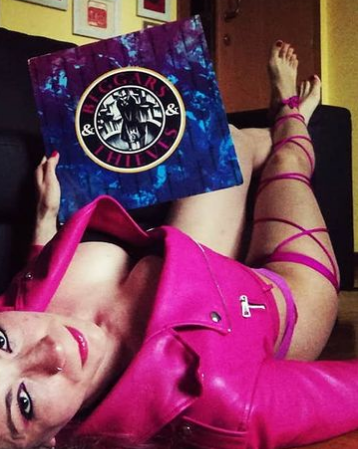 Great first Hard Rock album, on Atlantic Records. The debut BEGGARS & THIEVES album was produced by the team of Steve Thompson and Michael Barbiero and several songs feature a co-writing credit for the infamous DESMOND CHILD.

they should of been huge, but alas didn’t happen; so unfair, they were great!

Review:
The debut effort from this talented New York quartet was filled with melodic music and over-the-top vocal harmonies. “”No More Broken Dreams”” kicks off the disc in excellent fashion with its lush harmonies. “”Waitin’ For The Man”” and “”Love Junkie”” are the better rockers on the album, while the slower numbers “”Your Love Is In Vain””, “”Let Get Lost”” and “”Beggars & Thieves”” are also very memorable.
Beggars & Thieves played in the same vein as Bonham, and were much more then a simple hard rock band. The musicianship was top-notch, as evidenced by Phil Soussan previous work with Ozzy Osbourne and drummer Bobby Borg resurfacing in Warrant. I’m happy to say that Beggars & Thieves are still together making music, although with a revamped line-up. I think they should have been famous and therefore this album gets two thumbs up!

Heavily influenced by Def Leppard and Bon Jovi, Beggars & Thieves were among the countless pop-metal/hard rock hair bands that were formed on the East Coast in the late ’80s. The New York outfit was never huge, although it has enjoyed a small following. Beggars & Thieves was formed in 1989, when lead singer Louie Merlino joined forces with guitarist Ronnie Mancuso, drummer Bobby Borg, and bassist Phil Soussan (who had played with one of the post-Black Sabbath backup bands that Ozzy Osbourne had as a solo artist in the â€˜80s). After their formation, Beggars & Thieves started playing around New York, and had only played six shows when it landed a deal with Atlantic. In 1989, Steve Thompson and Michael Barbiero were hired to produce Beggars & Thieves’ self-titled dÃ©but album, which Atlantic released the following year. Many of the headbangers who heard that aggressive yet melodic CD agreed that Beggars & Thieves were hardly the most original or ground-breaking band in the world, but they also acknowledged that the New Yorkers’ songs were hooky and infectious. After that album, Beggars & Thieves went through some personnel changes. Soussan and Borg left the band, and Mancuso and Barbiero decided to carry on without them. In 1991, a new three-person lineup was formed, one that consisted of Merlino on lead vocals, Mancuso on both bass and guitar, and newcomer Bobby Chouinard on drums. And it was also in 1991 that Beggars & Thieves left Atlantic and signed with Epic. With that new Merlino/Thompson/Chouinard lineup, the band recorded its second album, which probably would have come out in 1991 or 1992 were it not for office politics. Unfortunately, Beggars & Thieves got caught in the corporate crossfire at Epic, which dropped the band without releasing their second album. Finding themselves without a record deal, Beggars & Thieves didn’t record for any more major labels in the ’90s. And when Nirvana, Pearl Jam, and the grunge movement exploded commercially in 1992 and 1993, the majors lost interest in the type of pop-metal/hard rock that Beggars & Thieves specialized in. Instead of looking for the next Axl Rose or the next Vince Neil, major-label A&R people were looking for the next Kurt Cobain or the next Eddie Vedder. But despite the commercial decline of pop-metal and hair bands, Beggars & Thieves kept plugging away. 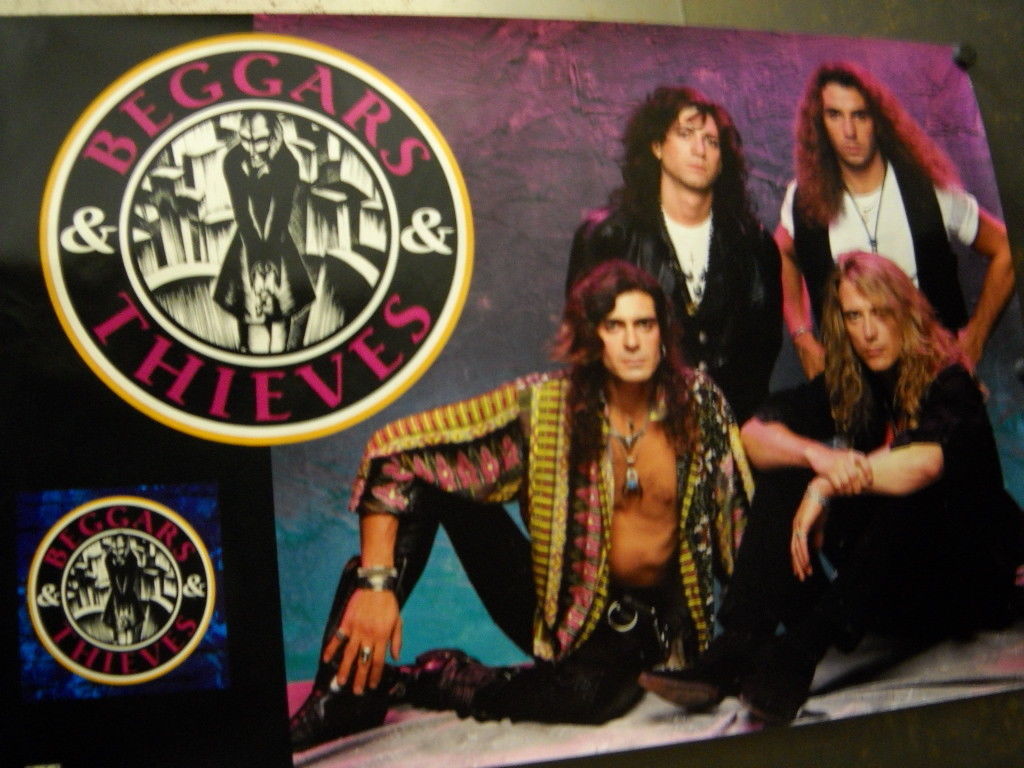 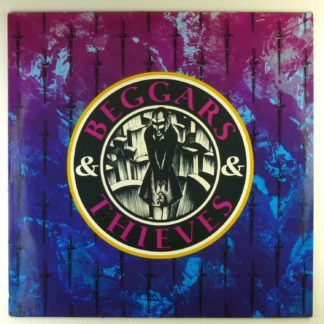