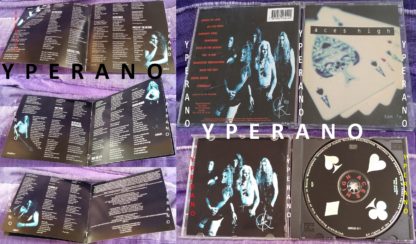 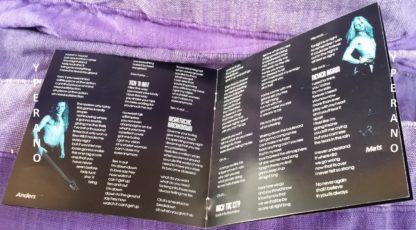 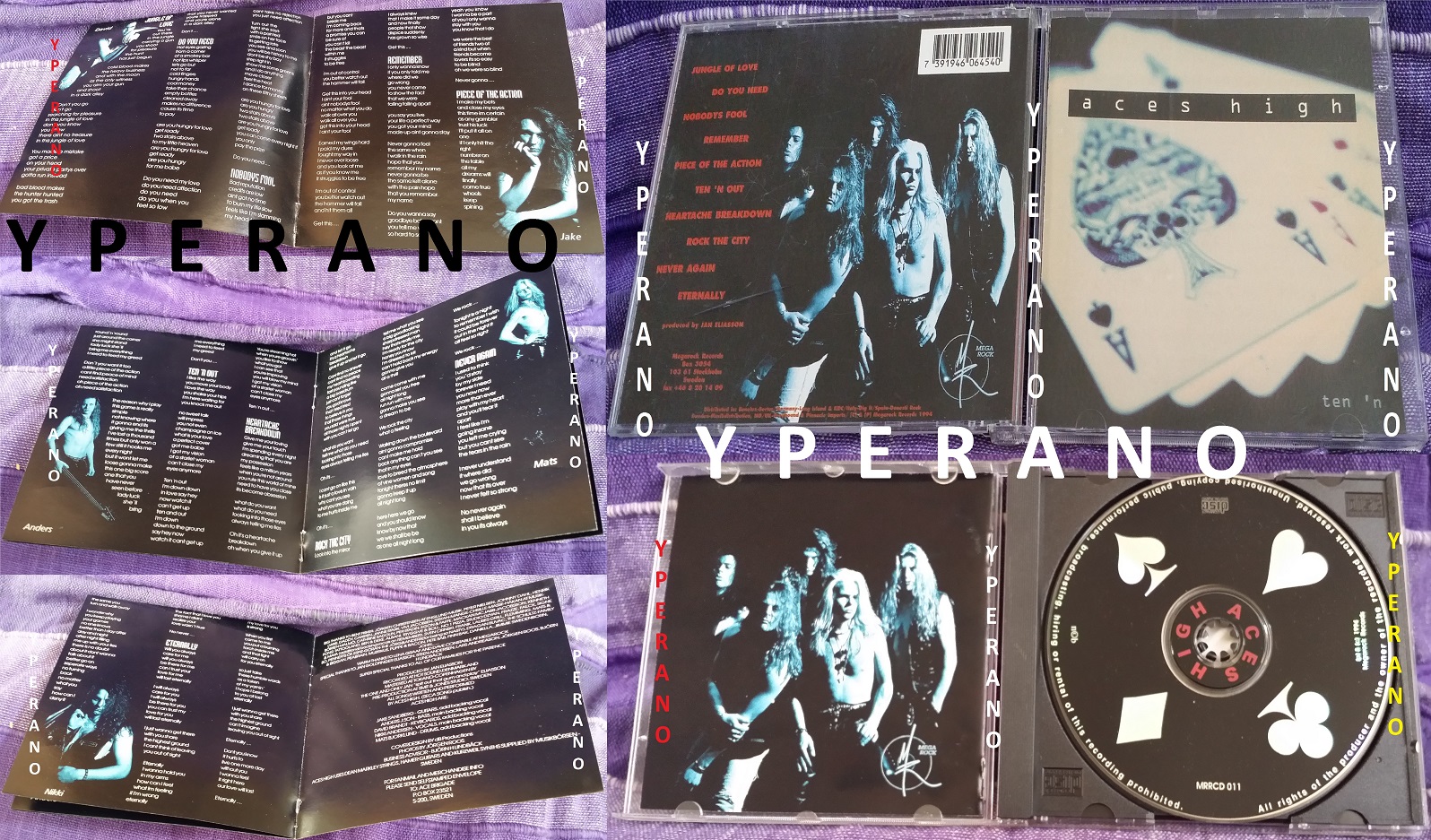 Due to some rather confusing artwork, this disc is often referred to as Ten ‘n Out. They are indeed the same CD.

No filler, all killer. This is one of the best melodic hard rock/metal bands to ever emerge from Sweden, featuring cranking guitars, lots of hooks, and cool choruses. “Remember” will forever rank as one of my all-time favourite power ballads. If you love great melodic hard rock, do yourself a favour and track down this CD.

ACES HIGH = The Best of best. “Piece of the action” really shows the standard of the album! ACES HIGH IS BEST! FUCK THE REST!

i get a kick out of ‘never again’ from the first CD, and also the two ballads are magnificent… rock on,

There’s AOR, there’s hard rock elements, and power emphasised in both the musicianship and vocals. A total class package. Image wise they conjure up visions of Skid Row but unlike them their music is less ‘full frontal’ and ‘in your face’. There are a few of the Def Leppard big chant along choruses happening in there too to give it that ‘big sound’.

I like everything I’ve heard from this band. Class act that knows how to rock AND do a nice ballad or two. this one is well worth getting.

A massively underrated debut that is just high class Scandinavian melodic rock. Opener “Jungle of Love” has a great guitar/keys riff, and “Remember” is such an awesome power-ballad, just listen to the last minute of the song where the chorus just goes totally OTT. “Never Again” sounds almost like pop, but has a great catchy chorus. Whatever this is selling for, its worth every penny. 9.5/10.

Very impressive, there’s a very ’80s stadium rock feel about the album , very much a la Mr Big, which is no bad thing. Never heard of them before this website but would heartily recommend

These guys just swagger into your speakers with the monstrous opening track, ‘Jungle of love’ and could not sound better and more at ease with the brilliance they’re putting forth. ‘Remember’ is a truly spectacular ballad and still blows my mind today, and ‘Never again’ is a killer hard rocker. Overall, fantastic hard rock disc.

I LOVE THIS CD!!!! Every song is perfect in every way. If you love 80s to early 90s hair bands. GET THIS CD AND YOU WILL NOT BE DISAPPOINTED!

If you like early nineties style hair bands then Jungle of Love and Ten ‘N Out should really light your candle. Top notch album…worth checking out.

Massive opener “Jungle Of Love” and the two excellent ballads “Remember” and “Eternally”. Good melodic rock, but did not blow me away. Still worth having.

you know who they remind me of ? vocals and music. SILENT RAGE all the way. Very good CD.

GREAT SONGS AND PRODUCTION FROM THESE GUYS. ITS A SHAME THEIR OTHER CDs DID NOT MATCH THIS ONE. A MEGA CD. WE ROCK THE CITY IS CLASS

Pretty awesome ! Nuff said! Highly recommended. Get it, while you still can !

Wonderful Hard Rock! Its their best CD for sure. There are 2 amazing ballads “Remember” & “Eternally” and its a must have for people who loves ballads in the Bon Jovi vein.(1986,1994)

A jewel!!!…loved it almost in its all!!! Simply a great release!!!..solid Hard Rock,catchy choruses and for me the vocalist Nikki Andersen is quite a skilled one,a band that hails from Sweden but sounds 100% american all over..agree with the good comments above …”Jungle Of Love”,”Do You Need” & “Nobody’s Fool” are 3 in a row great tracks,”Remember” killer ballad,gives you a chill through your dorsal spine,”Piece Of the Action” & “Heartache Breakdown” both rocks your socks good ,”Rock The City” only with that name is a winner,”Never Again” has a Hard AOR feeling,a killer song and the album ends with a beauty that is “Eternally” a precious one…a 100/100???…well 4 me it was pretty close to it…98/100 …get it!!! 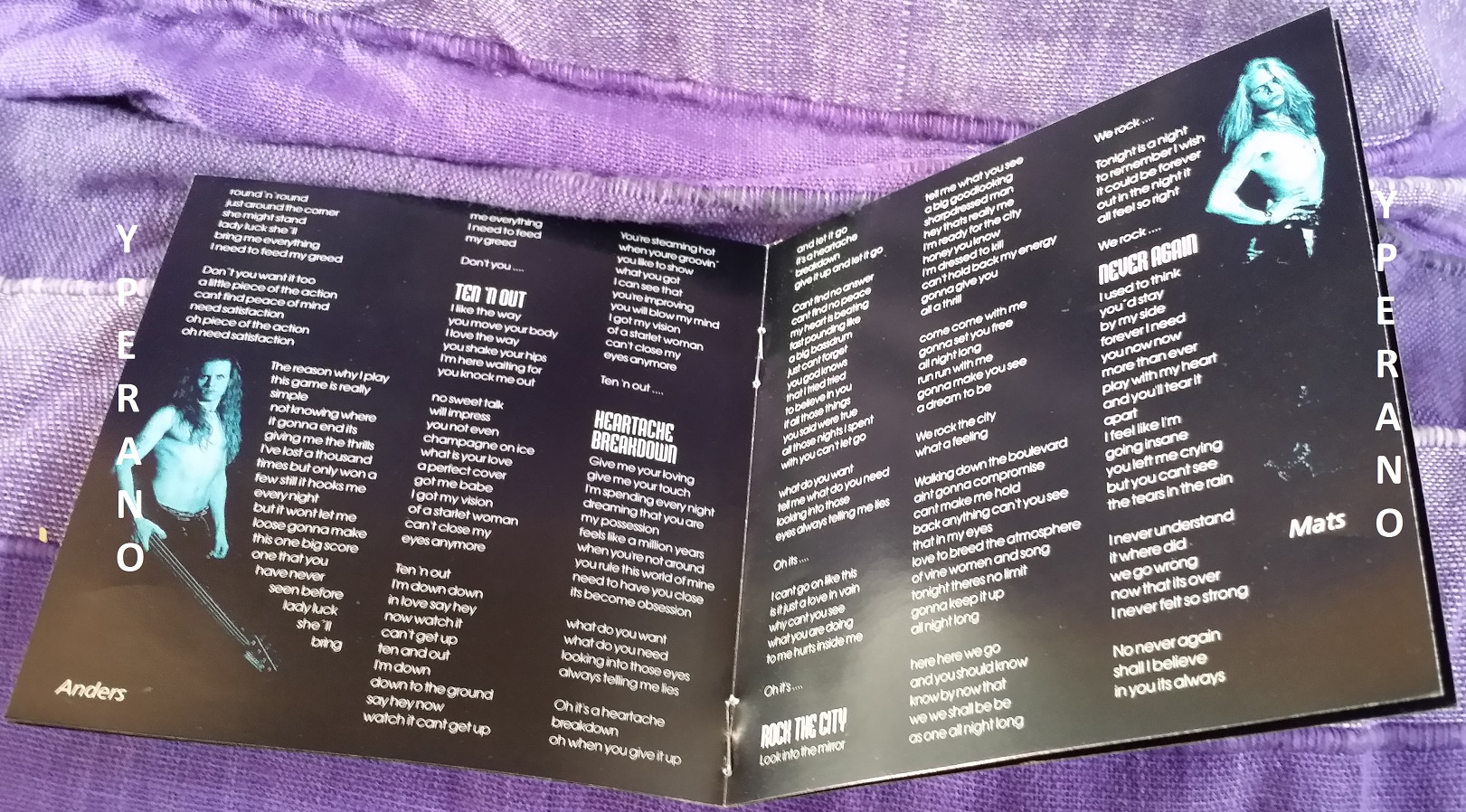 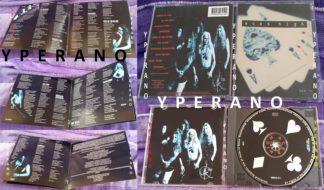