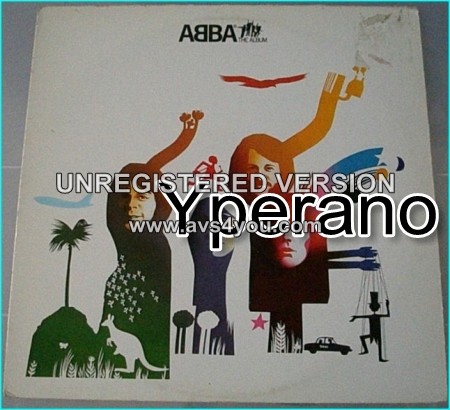 Abba: the album LP 1977. Check the classic videos. The Name of the Game, Take a Chance on Me, I’m a Marionette, Thank You for the Music

The Album is the fifth studio album by the Swedish pop band ABBA. It was released on 12 December 1977. The album was released in conjunction with ABBA: The Movie, with several of the songs featured in the film. “The Album” featured longer tracks, more complex structures, and lyrics that aspired to be more than just words that fitted the melody.
The album contained the singles “Take a Chance on Me”, “The Name of the Game”, and what is called ABBAs “goodbye” song “Thank You for the Music”, despite the fact the song was released five years before the band officially broke up. It also features the song “Hole In Your Soul”, which was performed as the last song at many ABBA concerts, including their final 1979 tour, and two other songs, “One Man, One Woman” and “I’m A Marionette”.
The album offers three songs from ABBAs mini-musical “The Girl With The Golden Hair”. These songs are “Thank You for the Music”, “I Wonder (Departure)” and “I’m A Marionette”.

Cover artwork
Polars official cover featured an entirely white background, and is the basis for current CD versions. However, Epic Records’ original UK release of the LP featured a blue background on the front cover, fading to white at the bottom. It also featured a gatefold sleeve. The back cover was altered, incorporating a similar photo of ABBA to that used elsewhere in the world for the inner sleeve, and referencing tracks included in ABBA: The Movie. The inner gatefold was designed to look like an air mail envelope, similar to the style later used for Gracias Por La Música and even had a photo of ABBA incorporated into a stamp in the corner.
This was the first and only time that Epic radically broke away from the standard Polar Music design for an ABBA album.

Be the first to review “Abba: the album LP 1977. Check the classic videos. The Name of the Game, Take a Chance on Me, I’m a Marionette, Thank You for the Music” Cancel reply 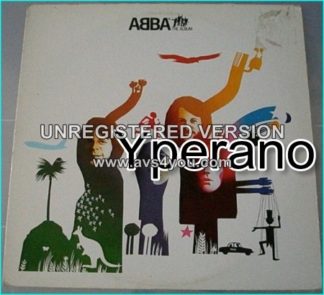 You're viewing: Abba: the album LP 1977. Check the classic videos. The Name of the Game, Take a Chance on Me, I’m a Marionette, Thank You for the Music £2.99
Add to basket