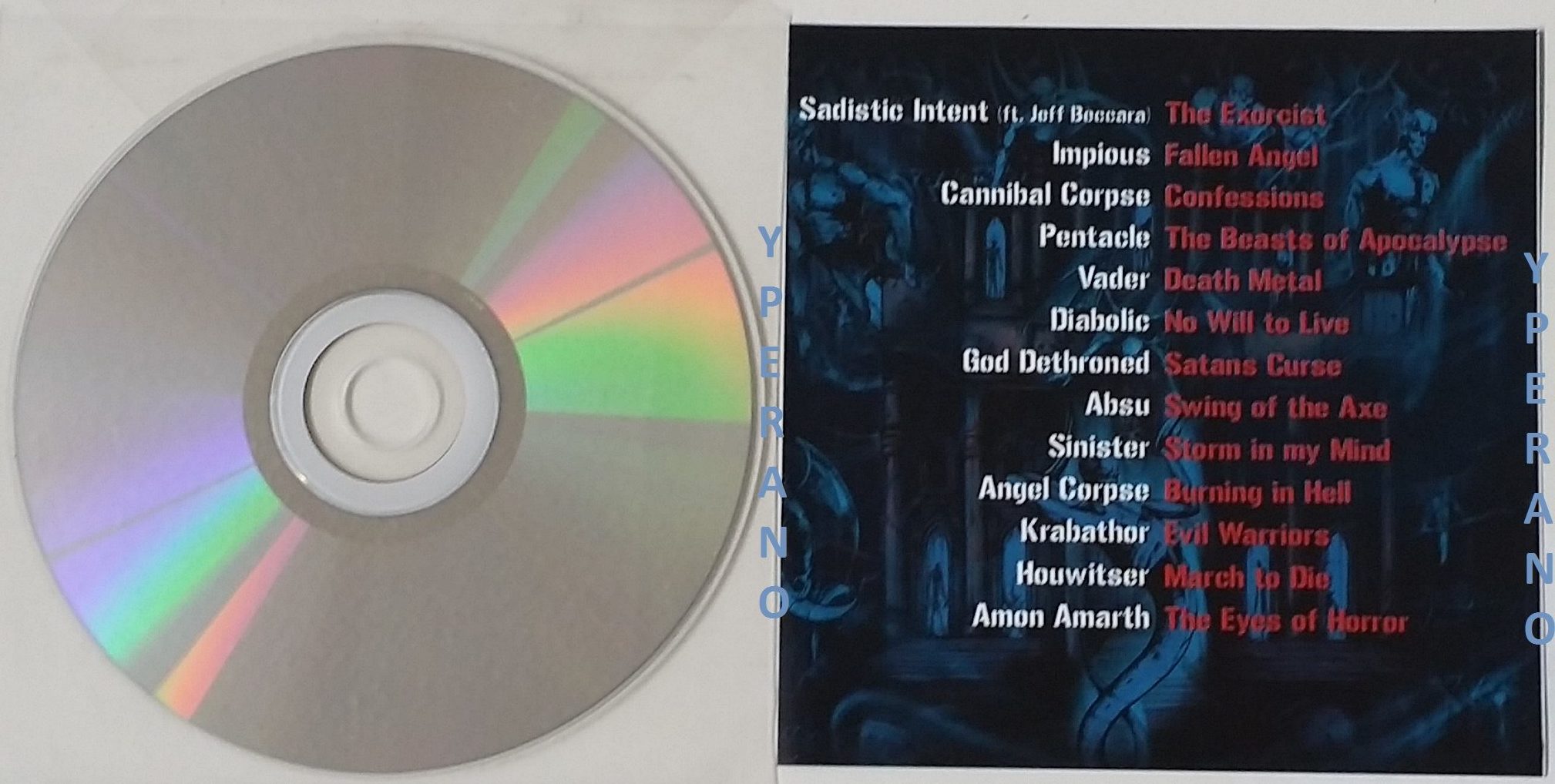 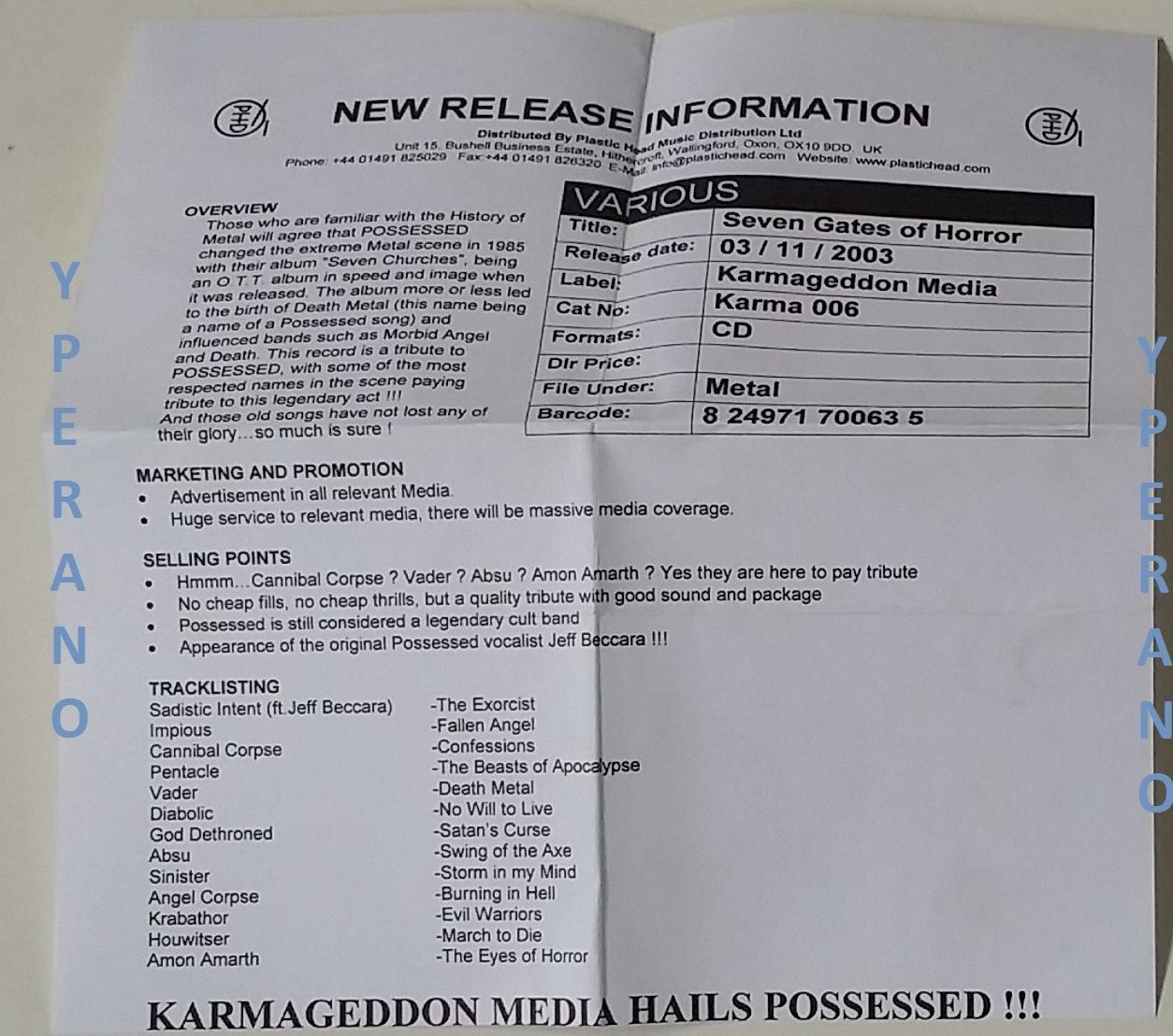 Those who are familiar with the history of metal will agree that Possessed changed the extreme metal scene in 1985 with their “Seven Churches” album. This was the album that more or less led to the birth of Death Metal (this being the name of a Possessed song), influencing legendary bands such as Death and Morbid Angel.
Jeff Beccaras sick vocals and Larry Lalondes frantic riffing spawned a whole new musical style, containing a level of brutality and horror never heard before.
Aside from the aforementioned bands, Possessed have inspired a lot of other bands to write and record their music as brutal as possible, thirteen of which are featured on this cd, celebrating Possessed’s primitive yet refreshing approach to music and the impact it has had on them.
Even today, those old songs have not lost a bit of their glory…
That much is sure!