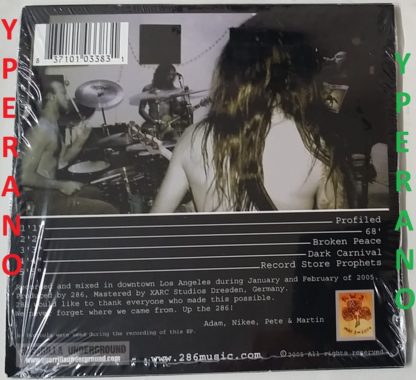 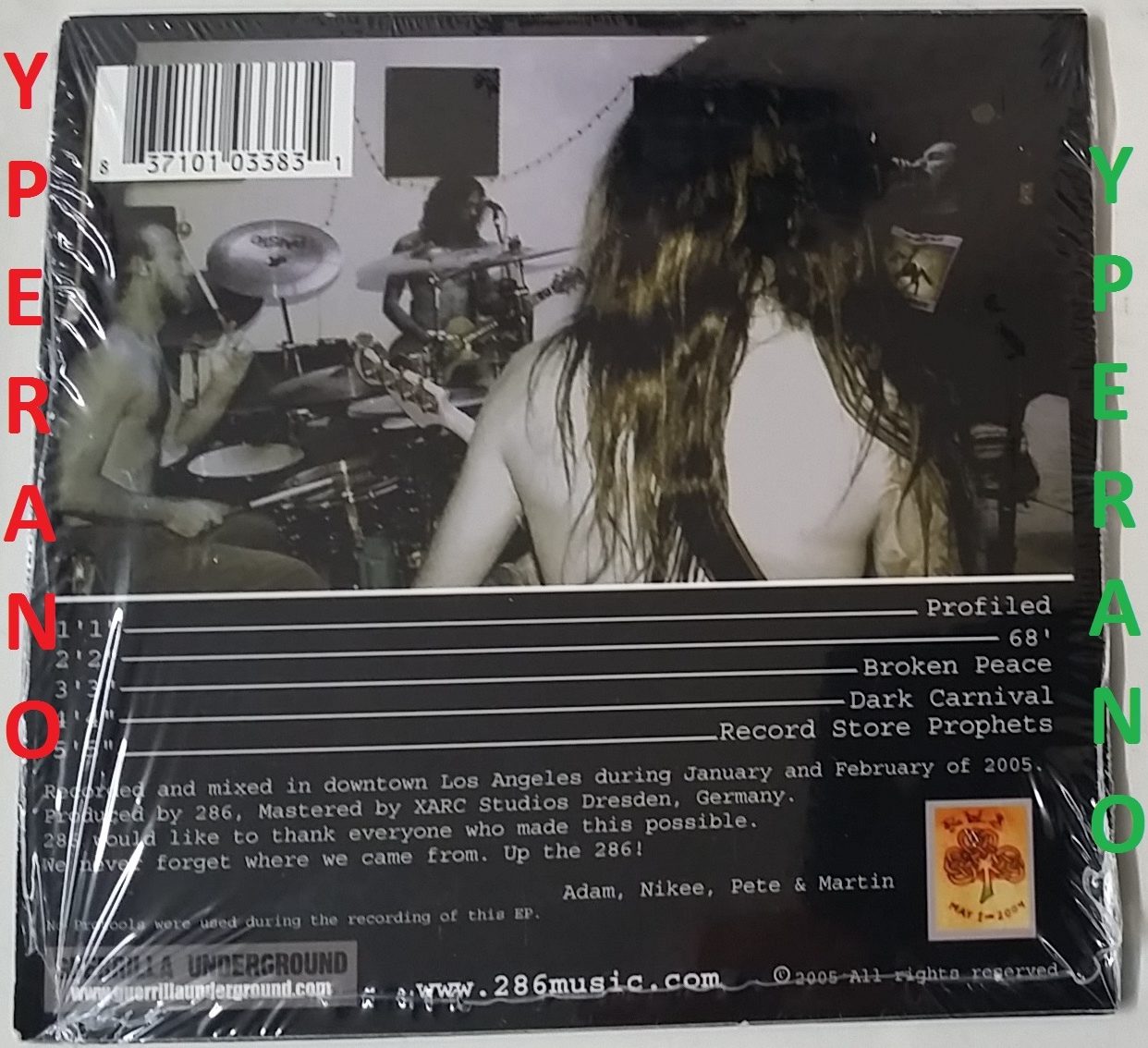 A smile was brought to my face when I spun Profiled and found an ass-kicking boot-stompin mix. The vocals are very abrasive like a pissed-off Buckcherry, some people are going to find them too over-the-top. But if you enjoy some explosive screaming in your music, you’ll love 286. The best part of this CD though is the music itself. It is all played fast with lots of groove (and a touch of Southern charm) and reminds me of the underrated Junkyard. This band is great at displaying their roots and influences, like the incredible swamp boogie of “”Broken Peace””, but they take those same roots and drag them into a dark attitude driven direction.
“”Dark Carnival”” rolls along with an AC/DC boogie, but once again is taken into much murkier waters. As if that isn’t enough, 286 save the best for last. “”Record Store Prophets”” has a touch of slide guitar before going off on an adrenalized romp – what a way to end an album.
You want solos? You want a beat you can stomp your foot to? You want vocals that could peal the paint off walls? It’s all here, so buy it! Who knew a collection of guys from America and Argentina would make such a sleazy EP.
—————————————————————————————–
286 – PROFILED EP
Retro. I hate that word. It makes me think of silly big sunglasses, ridiculous t.v. shows, b-films and led zeppelin rip-offs. It’s the term that is supposed to mean “”like the old days”” but is rapidly becoming a replacing term for “”2005″”. Yuck. Especially when you consider that 99,999% of the bands that claim that sort of fame have a band that begins with “”THE””.
But out of the blue, in drops an EP entitled “”Profiled”” by a Los Angeles bases group called 286. And this 75% American and 25% Argentine band might bring Rock ‘n’ Roll in the best tradition, with punk side orders that sound like it comes right out of the same era as the high-rolling days of the Aussie hard rockers, or maybe even the Stones or Stooges and MC5.. It might sound like that.. but here’s news for you: THIS IS NOT RETRO!
No! It sounds too much like the earlie days of hard rock, it actually gets very close to the real thing. With a very fine extra new kick up to date kick in the butt, even though it is hard to put your finger on where this comes from. Feel good rock ‘n’ roll with a testosterone driven sound, good chorus lines and cool-as-fuck harmonies, who doesn’t like that sortta stuff?
Above that every single track is topped off with a brilliant crystal clear (0% pro-tooled) recording sound. This shit is a+!
This is the refreshing impulse that my cd player needed! This five-song debut EP, contains some heavy heavy rambling rock ‘n’ roll that sets the right mood for an evening of beer drinking, it’s that new record you hadn’t heard before that makes you tap your hands on the bar with a coaster. It’s that stuff you hear the cd-store owner play and buy straight away. It’s an EP that would have made John Peel happy. And even better: it’s the kind of recording that makes you really want to see these guys perform live!
286 are hot, they’re promising and they are so un-trendy that it makes them a trend before they even gotten on stage.
Check this one out (European readers visit the website, I do not believe this EP is sold in Europe), and be the envy of all the girls in two years when you can say you own their first EP, way before their breakthrough!