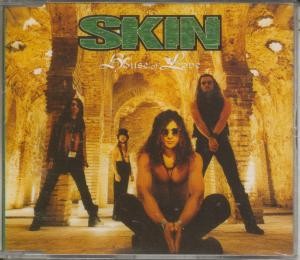 All songs written by Gray except track 2 Gray/MacDonald/Bronheim

Skin were formed in the early 1990s by ex-Jagged Edge members Myke Grey and Andy Robbins (also formerly of Tokyo Blade & Shogun) along with former Kooga vocalist Neville MacDonald and drummer Dicki Fliszar, formerly from Bruce Dickinsons touring band and band Vamp. Originally called Taste, they went through a number of names as they played a smattering of small club dates throughout 1992. The band showed enough quality on these dates to be offered a management deal with Sanctuary Management, who also handled Iron Maiden and, ultimately, a record deal with Parlophone. Through Maiden vocalist Bruce Dickinson, the band came to the attention of noted American producer Keith Olsen who offered to produce their debut at his ‘Goodnight LA’ Studio. During 1993, the band flew to LA and began recording. Once the sessions were finished, the band listened to the finished product and decided more was needed so another three songs were recorded with Shay Baby producing. Prior to the release of the album, the band finally decided upon the name Skin (someone had written it down on a wall) and embarked upon a 14 date UK tour supporting Little Angels. Another support tour, this time with Thunder helped swell their growing fan base and, in 1993, they released their debut single The Skin Up EP. This was followed by House of Love before their first UK chart single “Money”, which peaked at no 18. The debut album, entitled Skin sold even better, breaking into the top 10 and peaking at no 9. Another single from the album, Tower of Strength which was backed with live material from their Donnington Monsters of Rock appearance, also broke into the top 20 and reached no 19.

Awesome band and cracking song!! But sadly underrated!
They came on the scene about 10 years too late but I love their sound and have worn out the album, just awesome musician’s!!!! 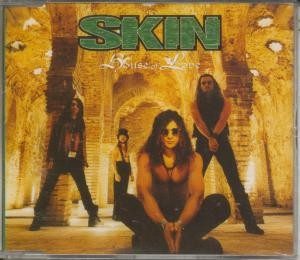