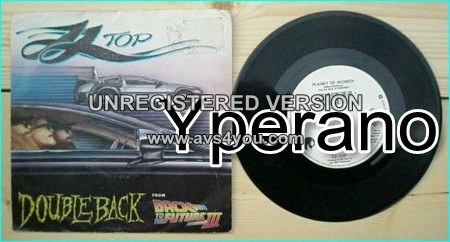 “Doubleback” is a song by ZZ Top from their album Recycler, which was featured in the film Back to the Future Part III. The band had a cameo in the movie playing an “Old West” version of the song along with some local musicians. The regular version of the song plays over the credits.
“Doubleback” reached #1 on the Album Rock Tracks for 5 weeks. It was nominated for a MTV Video Music Award in 1990 for “Best Video from a Film.” The song was also featured in Back to the Future: The Pinball.
The song was produced by band manager Bill Ham, and recorded and mixed by Terry Manning.

Music video:
The music video for “Doubleback” had clips from the movie and was included on its DVD release.

The song does not appear in its original form on Back to the Future Part III: Original Motion Picture Soundtrack, but the orchestral version played at the Town Festival in the film does appear on the album.

Be the first to review “ZZ TOP: Double Back 7″ + Planet of women. Check video” Cancel reply 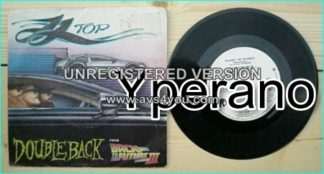