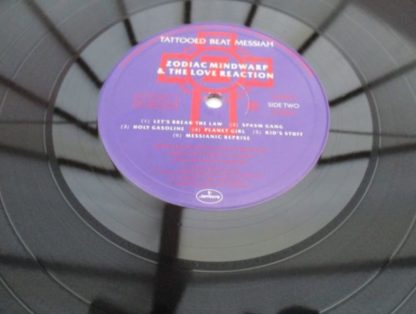 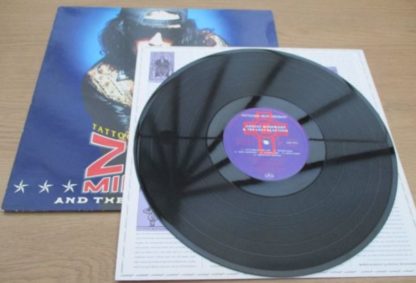 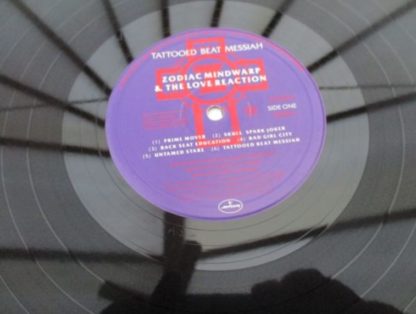 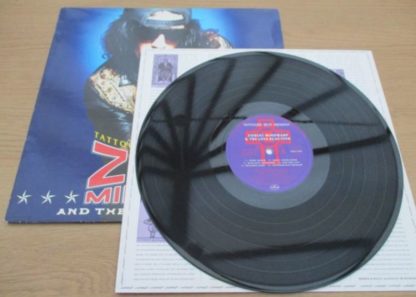 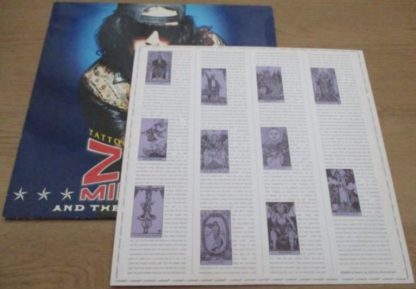 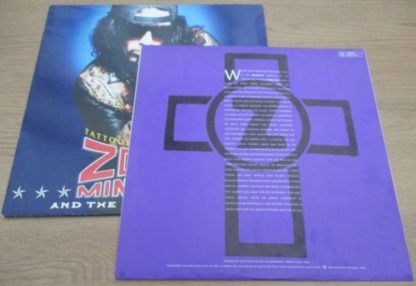 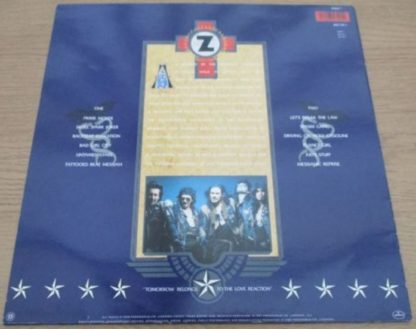 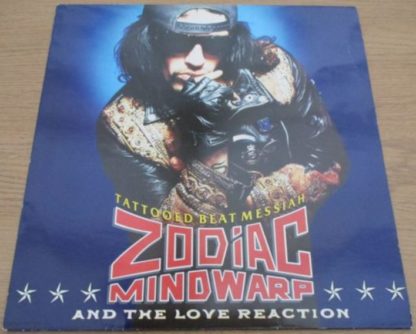 Zodiac Mindwarp and the Love Reaction play a sleazy style of commercial hard rock featuring big riffs and choruses, as was the trend in the band’s heyday of the mid-to-late ’80s and early ’90s. The highly camp lyrics are intended as self-parody, and can be seen as either humorous by those who “”get the joke””, or offensive by those who take them at face value, for their often lascivious and misogynist tone. Song titles like “”Back Seat Education””, “”Feed My Frankenstein””, “”High Heeled Heaven””, and “”Trash Madonna”” illustrate Mindwarp tongue-in-cheek approach. Lyrical content also exhibits a send up of cult worship, often of Zodiac Mindwarp self-proclaimed raging libido, with the frontman claiming the titles, sex fuhrer, love dictator, and high priest of love. Songs such as “”Holy Gasoline””, “”President of the United States of Love””, “”Messianic Reprise””, and “”Elvis Died for You”” are similarly inclined. Although often overlooked, Zodiac has written songs such as Hoodlum Thunder, from the album of the same name, that offer a scathing take on the then-current political actions of western powers, particularly commenting on war and imperialism.
The act produced a UK Singles Chart Top 20 hit with the breakthrough record “”Prime Mover””, a song that was inspired musically by Hawkwind 1977 track “”Quark, Strangeness and Charm””, itself heavily inspired by the German group NEU!
They toured the US supporting Alice Cooper and Guns ‘n Roses on dozens of dates in 1988. After a few gigs, they were moved up to the middle of the bill between Alice and Guns ‘n’ Roses. Cobalt, Slam and Flash were also featured in the film “”Decline of Western Civilization 2″” performing with Slash, Axl and Alice Cooper, in an encore from this tour featuring Alice hit “”Under My Wheels””.

1. Prime Mover [If you like your sexiness tongue-in-cheek, then this is the one for you. Zodiac Mindwarp was the leading light of a late ’80s UK biker rock movement, and for roughly five minutes any woman with a passing interest in rock was putty in his greasy hands. “Prime Mover” sees Zodiac bigging himself up as both a “sex fuhrer” and a “love dictator”, but there’s a definite twinkle in his eye here that says we shouldn’t be taking him overly seriously. The accompanying video brings a whole new meaning to “low budget”, but only adds to the song’s daft-as-a-brush sexy charm].
2. Skull Spark Joker
3.Back Seat Education
4. Bad Girl City
5. Untamed Stare
6. Tattooed Beat Messiah
7. Let Break The Law
8. Spasm Gang
9. Driving On Holy Gasoline
10. Planet Girl
11. Kid Stuff
12. Messianic Reprise

Cuts like “Tattooed Beat Messiah,” “Prime Mover,” “Planet Girl”,”Let Break the Law,” and “Driving on Holy Gasoline” — as well as a cool cover of “Born to Be Wild” — rev up the engines, and it a sleazy greasy ride into guitar riff oblivion

5.0 out of 5 stars Sleazy,sexy,sumptuous … bloody marvellous!, My goodness! From afar did I worship at the temple of Mr. Manning & his crazy friends. You will not be disappointed by this cacophony of rock, screeching guitars & double-entendre lyrics. It surely is a must for people with ears.

One of the more interesting gems from the “hair metal” era

Actually, Alice Cooper and Guns n’ Roses are good comparisons to the sound you hear on Tattooed Beat Messiah. It’s a grooving, gritty kind of hard rock with over the top, innuendo-laden lyrics and a very infectious rhythm throughout. Lead singer Zodiac Mindwarp has a great heavy, rasping voice that’s similar to Cooper’s (and maybe WWIII’s Mandy Lion), and his charismatic delivery makes songs that should be way too cheesy work perfectly.

Despite a decent-sized hit in “Prime Mover,” Tattooed Beat Messiah wasn’t a huge success. The band issued one album in the early `90s before disappearing for the better part of a decade. For all its weirdness, Tattooed Beat Messiah is definitely one of the more interesting and enjoyable albums to emerge from the `80s rock scene. If you’re a fan of that era’s hard rock sound, you definitely need to check out Zodiac Mindwarp and the Love Reaction.

It’s no surprise they sound a bit like classic Alice Cooper; ZM wrote “Feed My Frankenstein” and we all know what an awesome Cooper song that made!  “Prime Mover”  is a fun track if you like this kind of music–but my favorites will always be “Driving on Holy Gasoline” and “Skull Spark Joker” on an average day.

this album was preceded by an ep i still own, stashed somewhere… can’t remember the name, but it was great and really cool looking.

tatooed beat messiah is a must-listen for any fan of the grungy metal backlash to those cheesy hair metal bands of the 80’s. great lyrics, hard rockin’ tunes, great vocals and adequate playing. i remember seeing these guys at the john anson ford amphitheater in LA. we went back stage only to find these bad ass muthas standing around in the their underwear drinking champagne… so funny. great rockin’ show with an unexpectedly funny ending. apparently they are still playing live. hopefully they get out to the US some time… BUY THIS.

…nobody has touted how fantastic this LP is yet? Shame! Shame! There are young’uns that need learnin’ here, people!!

This album is a must-have for any self-respecting hard rock listener. If you think Motley Crue and GnR rock, you are missing out on one of rock’s finest hours. With infectious rhythm and soaring guitar riffs, Zodiac Mindwarp takes you on a wild ride of filth, sexism, chavenistic rantings and bizarre (and at times hilarious) lyrics that only he can provide. A truly magical disc that ranks in my top 5 of all time. Buy it and spread the word, ye faithful! ROCK ON.

This album has that special quality to it from song one all the way to the end.Such incredible energy, style and loud Kiss like and Alice Cooper like vocals its amazing. This is one of the best heavy metal albums of all time. Simple really- turn it up and turn on. On a scale 1-10 its an 11. Just Buy it.