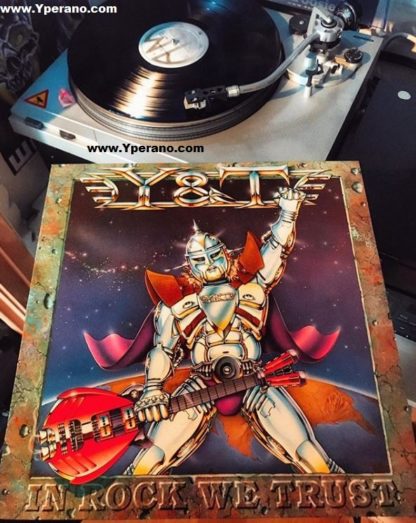 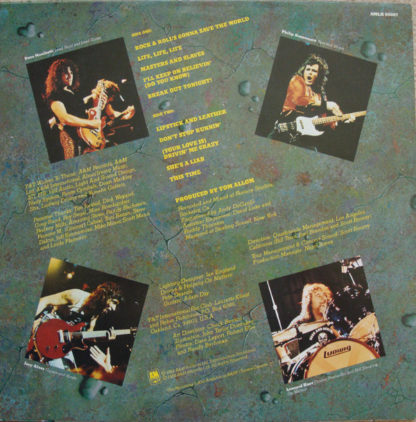 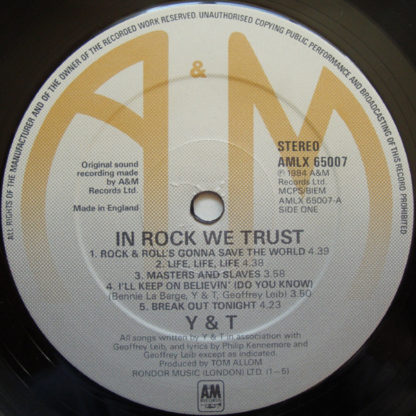 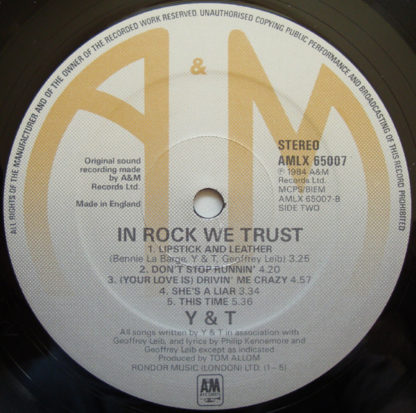 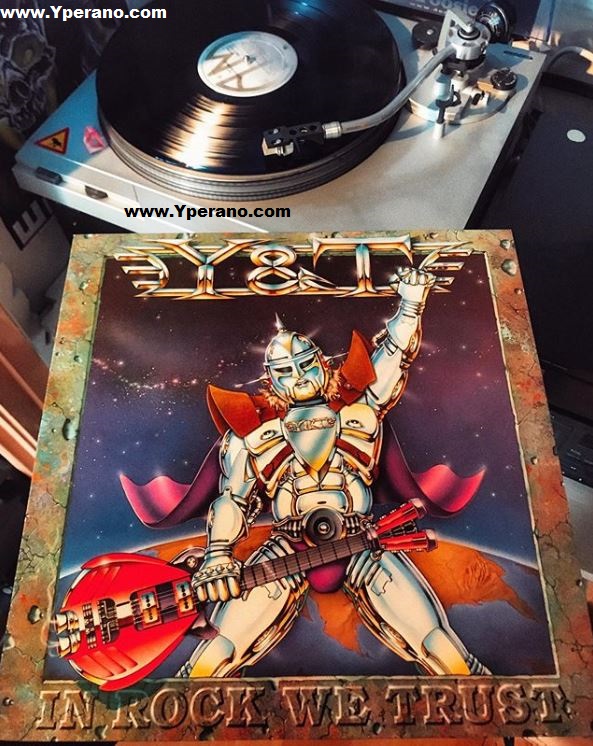 Check audio commentary (what this album is all about):   http://chirb.it/21mzKD  or https://voca.ro/1bDLK0HeQBAJ 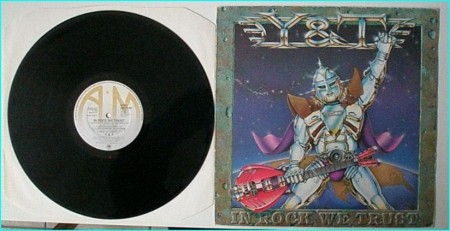 1984 In Rock We Trust was the band sixth studio album, and it a melodic hard rock monster! I could list the best songs on In Rock We Trust, but really they’re all great. Album opener Rock & Roll Gonna Save the World is just a fantastic rock anthem, Masters and Slaves, Lipstick and Leather, Don’t Stop Runnin’, and Your Love Is Drivin’ Me Crazy are all great Y&T rockers, and closing ballad This Time is downright chilling. As cliche as this sounds, In Rock We Trust is “”all killer, no filler””.

Y&T in Rock we trust has got to rank up there in my “”tape collection”” of the 1980 as one of my most listened to along with Ozzy bark at the moon, AC/DC Who made who, Metallica Kill em all and Cinderella night songs. These are all albums that I can just hit the play button and jam the whole thing! For me, it all started with Y&T and others in my early teens. This is by far Y&T best work of art!

Y&T were one of the 80 s defining hard rock acts, with a succession of ballsy, European styled albums to their credit that quickly established the band as major attractions on the gig circuit. In Rock We Trust , originally released in 1984, is another of those albums that found great favour with European metal fans. Like Earthshaker and Black Tiger before it, the album mixes great hard rockin , foot stomping anthems with great melodies, Dave Meniketti s powerful voice belting out the lyrics like his life depended on it! Also available from Majestic Rock are Open Fire & Down For The Count . One for the rockers out there…… 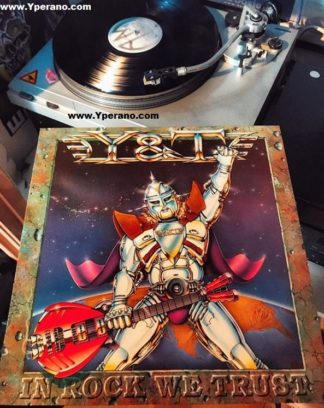