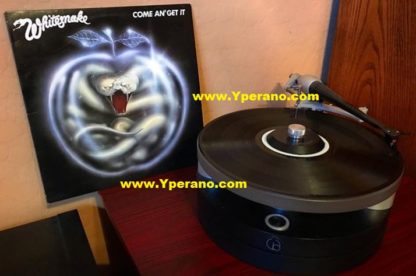 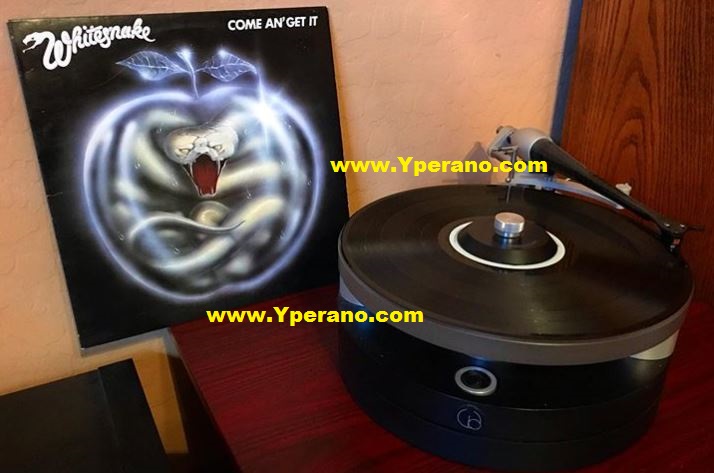 David Coverdale is an English rock vocalist and he was already famous for his work with the English hard rock band Deep Purple. He then formed Whitesnake and during the late seventies and early eighties, with ever changing line-ups, recorded a series of well-received bluesy Hard Rock albums. With ex-Deep Purple founders Jon Lord followed by Ian Paice joining in 1979, Whitesnake worked hard to become international superstars.
Come an’ Get It is the fifth studio album by hard rock band Whitesnake, released in 1981.
It was, at the time, Whitesnakes highest-charting release in the UK, hitting #2 and being kept off the top spot by Adam and the Ants Kings of the Wild Frontier.
“Don’t Break My Heart Again” and “Would I Lie to You” were released as singles, the former making the UK Top Twenty.

Whitesnake’s career came to a crossroads with the release of their fourth studio album, Come an’ Get It, in April 1981 – a crossroads that delineated their fortunes on both sides of the Atlantic.
In their U.K. homeland, as well as throughout Europe and even in Japan, singer David Coverdale’s hard-rocking blues sextet (completed by former Deep Purple colleagues Jon Lord on keys and Ian Paice on drums, plus guitarists Bernie Marsden and Micky Moody, and bassist Neil Murray) were established stars by then — as evidenced by Come an’ Get It’s No. 2 showing on the British charts and the Top 20 single “Would I Lie to You.”
But in the U.S., nobody was listening, even though Whitesnake’s previous album, 1980’s Ready an’ Willing, had shown some signs of life, climbing to No. 90. But Come an’ Get It would come nowhere close to that. Even before MTV started introducing music fans to enticing visuals on a mass scale (the game-changing cable network would launch a few months after the record’s release), the States’ musical temperature was rising to unprecedented heights of excess and bombast in line with the ‘80s economic boom.
In light of these fast-changing commercial demands, Come an’ Get It’s blue-collar brand of organ-laced riff-rockers (the title cut, “Hit an’ Run,” the punchy “Hot Stuff”) and more melodic, soulful offerings (“Don’t Break My Heart Again,” “Lonely Days, Lonely Nights,” the somewhat folksy “Till the Day I Die”) recalled the ‘70s and not a new era.
Look no further than the album’s centerpiece, the dramatic “Child of Babylon” (which inhabited a place and time somewhere between Rainbow’s “Gates of Babylon” and Led Zeppelin’s “In My Time of Dying”) for proof. To put it in perspective, 1981 was ruled by polished, forward-looking AOR records like Journey’s Escape, Foreigner’s 4 and REO Speedwagon’s Hi Infidelity.
In other words, Whitesnake’s career prospects, while showing nothing but positive growth back home and elsewhere, were still residing in a strange kind of commercial purgatory in the U.S. This state of affairs prompted a strategic label change (from the low profile Mirage Records to up-and-coming Geffen Records) ahead of the following year’s Saints & Sinners, which, in turn, seemed to ignite Coverdale’s ambitions to juice up Whitesnake’s sound to cater to Stateside audiences. To seal this transition, most of his original Whitesnake bandmates would be replaced by younger members before decade’s end.

Come An’ Get It is my favourite Whitesnake album.  Therefore it’s a bit of a surprise that I still haven’t reviewed it.  On the other hand it’s always nice to leave some goodies for later and cherish them, I suppose?

The first time I heard this album was in 1990.  I had ordered the cassette from Columbia House, and brought it with me on a trip to go visit my cousin and aunt in Calgary, Alberta.  I remember I brought two brand new (to me) albums with me from that Columbia House purchase; the other was School’s Out by Alice Cooper.  I ended up loving both, not a bad trip eh?  Driving through the mountains with “Lonely Days, Lonely Nights” by Whitesnake on the earphones was pretty fucking cool.

Come An’ Get It features this classic Whitesnake lineup, aside from David Coverdale himself:

Basically, THE lineup of early ‘Snake.  In the liner notes, David says he finds this to be one of his most consistent efforts, and his favourite of the early band.

The incredible album kicks off with the flirtatious title track, Cov the Gov as cocky as ever, with this seasoned band behind him solidly grooving.  “If you want it, come an’ get it, I got something for you.”  And kids, I hate to break it to you, Coverdale’s “something” was not something innocent like candy or treats.

“Hot Stuff” is the second track, which changes up to a breakneck speed.  Lordy on the piano hammers away, keeping up with the furious pace of Paice and the 3 M’s – Moody, Marsden and Murray.  Another standout.

The single, “Don’t Break My Heart Again” is a bit more ominous, with Lord’s trademark Hammond organ carrying the song.  It’s a bit darker, a bit plaintive, David convincing us that he really is heartbroken, even though two songs ago he was begging some lovely lass to “Come An’ Get It”.  This is a standout song, with fantastically colourful solos and a memorable melody.  Shades of the Whitesnake to come.

The aforementioned blues, “Lonely Days, Lonely Nights” follows.  It’s this kind of song that David really sinks his teeth into.  Moody and Marsden throw in plenty of bluesy licks, Lord with his Hammond colouring the backdrop.  Once again, David will have you convinced that somehow, he really is lonely.  Lonely, even though the very next song talks about how much he loves “Wine, Women An’ Song”!

“Wine, Women An’ Song” is actually my favourite tune on the album.  Coverdale is as cheeky as ever:

“If I can make you smile, I will raise my glass,
But if you don’t like it, baby you can kiss my ass,
Yes indeed…
You can tell me it’s wrong, but I love wine women an’ song!”

This barroom piano bopper is irresistibly catchy.  I’ve always been a sucker for past piano tunes, that’s why I love Little Richard I guess!  David’s done a number of these over the years (“Bloody Mary”, “Bloody Luxury”) but this one is my favourite.  And that ended side 1.

Side 2 kicked off with one of David’s more philosophical songs, a style he also does well.  “Child of Babylon” starts slow and bluesy but soon becomes something a bit more menacing.  This is another triumph.  “Would I Lie To You” returns David to his cheekier side.  “Would I lie to you…just to get in your pants?  I think so,” winks Cov the Gov.  This is just a fun Whitesnake tune, catchy, danceable, tongues in cheeks (just not necessarily the cheeks of the tongue’s owner).

My least favourite song is the next one, the slightly funky “Girl”.  The liner notes compare it to Deep Purple; I don’t think so.  Yes, both bands forayed into funk.  I think Deep Purple did it better than this.  Much better is “Hit An’ Run”, which drives.  This song kicks.  David’s vocal is perfect, and there’s even a talk-box solo, and then a killer slide solo!  What more could you want?

The final song of the original album was “Till the Day I Die”, another one of David’s perfect philosophical album closers.  He seems to like to close his albums with tunes like this, or “Sailing Ships”, songs with some mood and thought to them.  “Till the Day I Die” is one of the best ever, a dramatic, sweeping number that goes from acoustic to epic in under five minutes.

Martin Birch produced Come An’ Get It, as he did many ‘Snake platters.  It has a workmanlike sound, powerful enough, sonically clear, with excellent performances.  Slide It In is more powerful in the long run, but this is a step on that road. 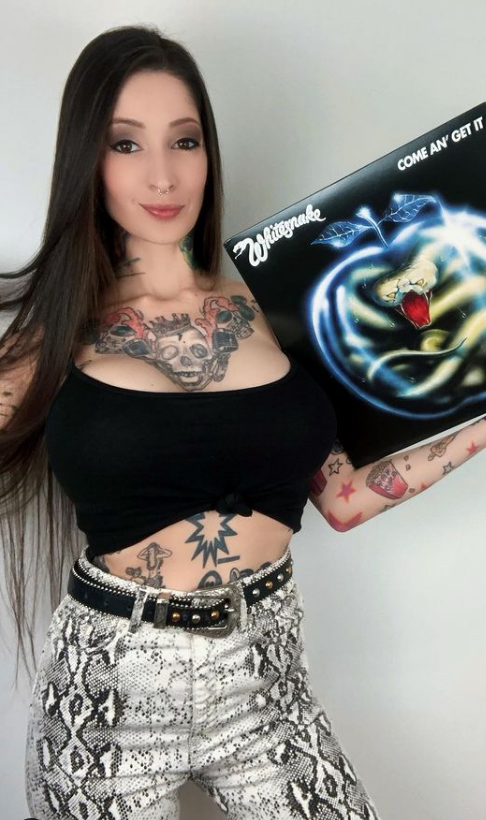 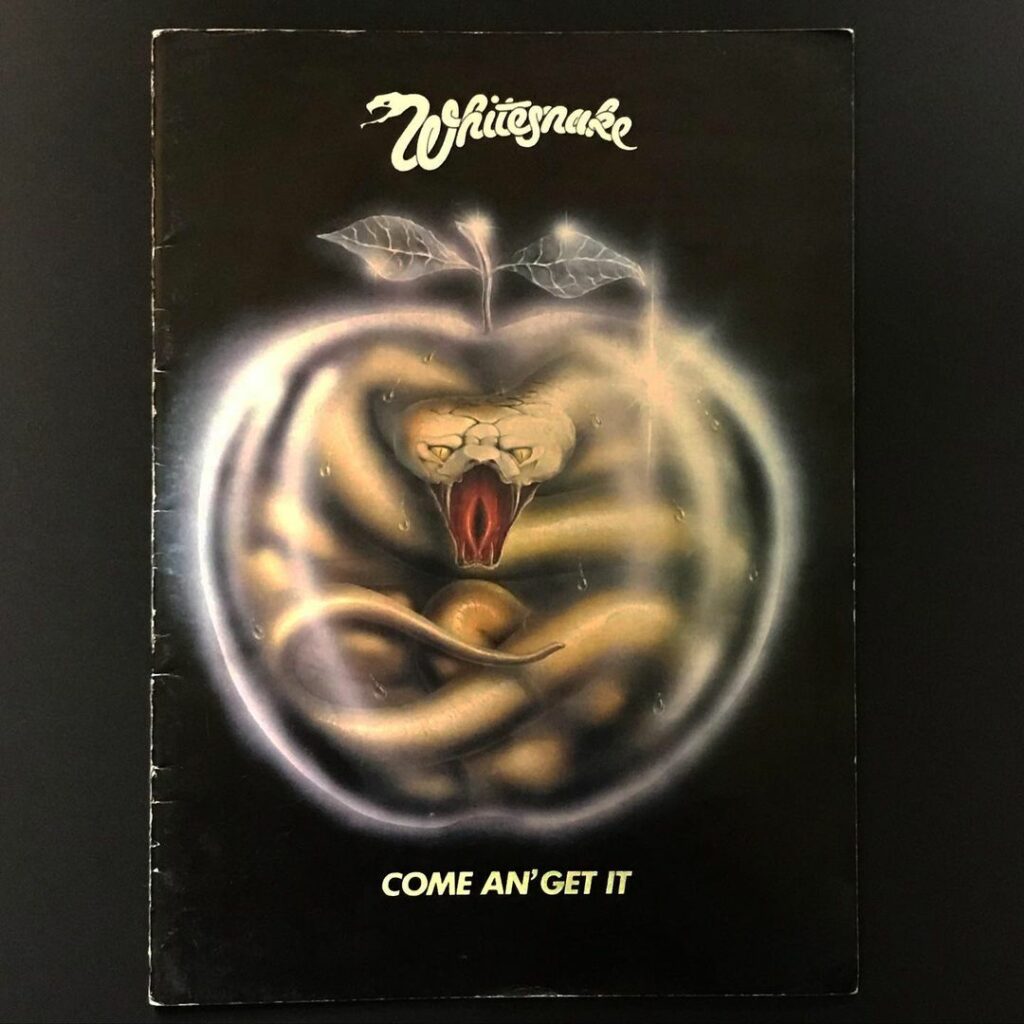 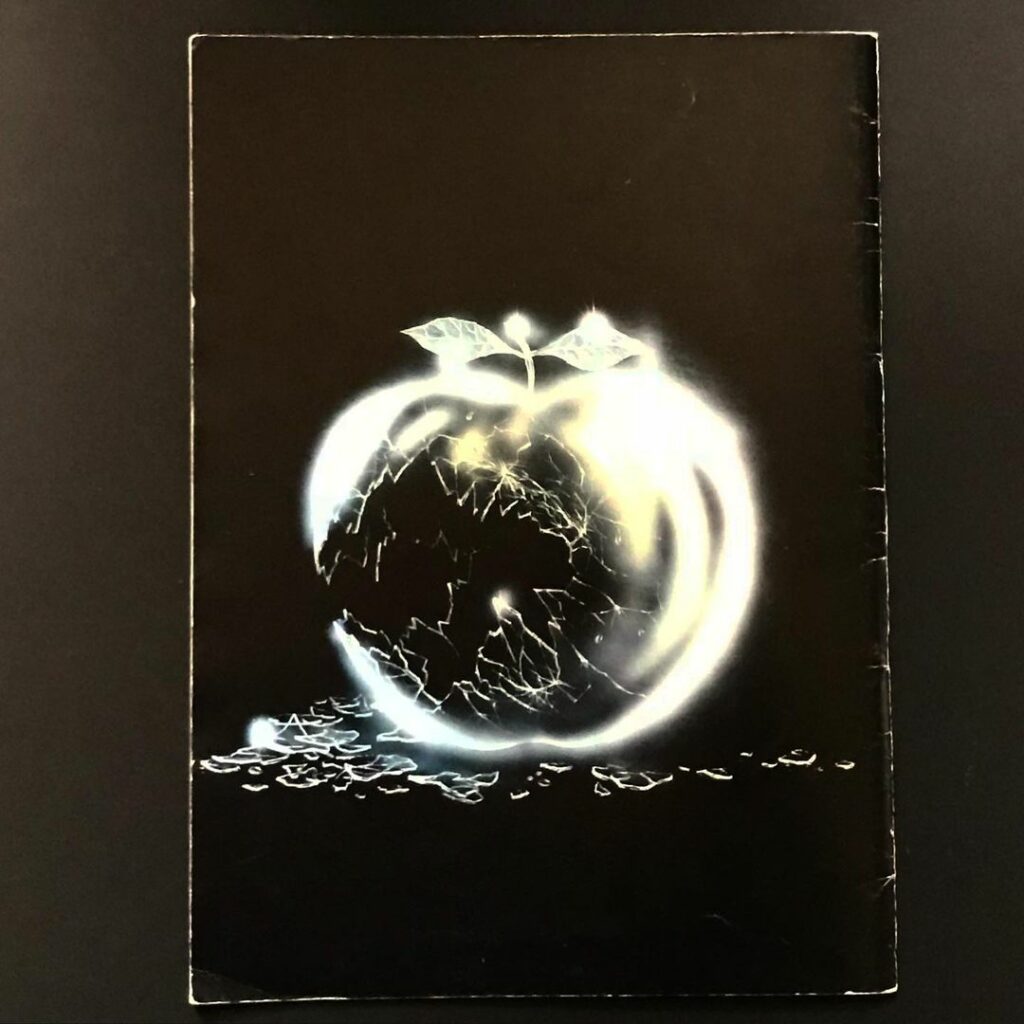 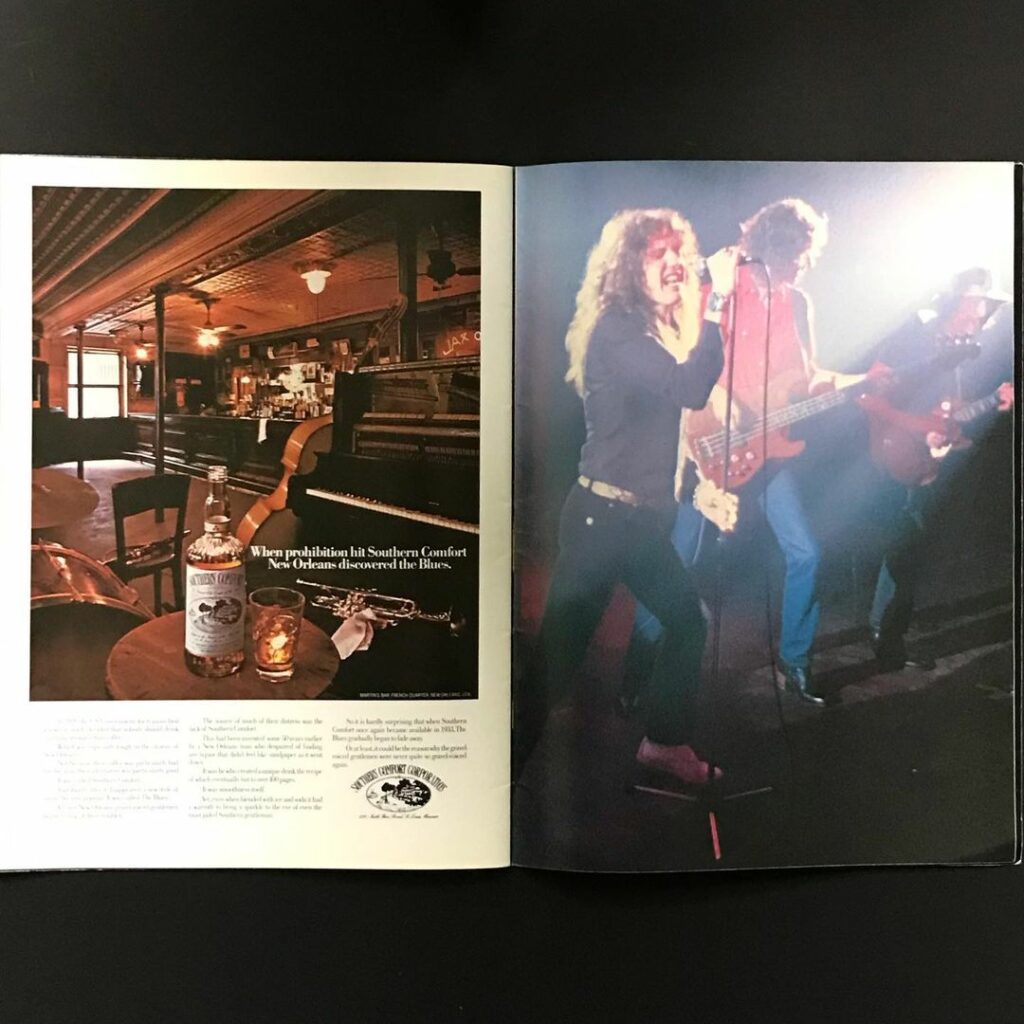 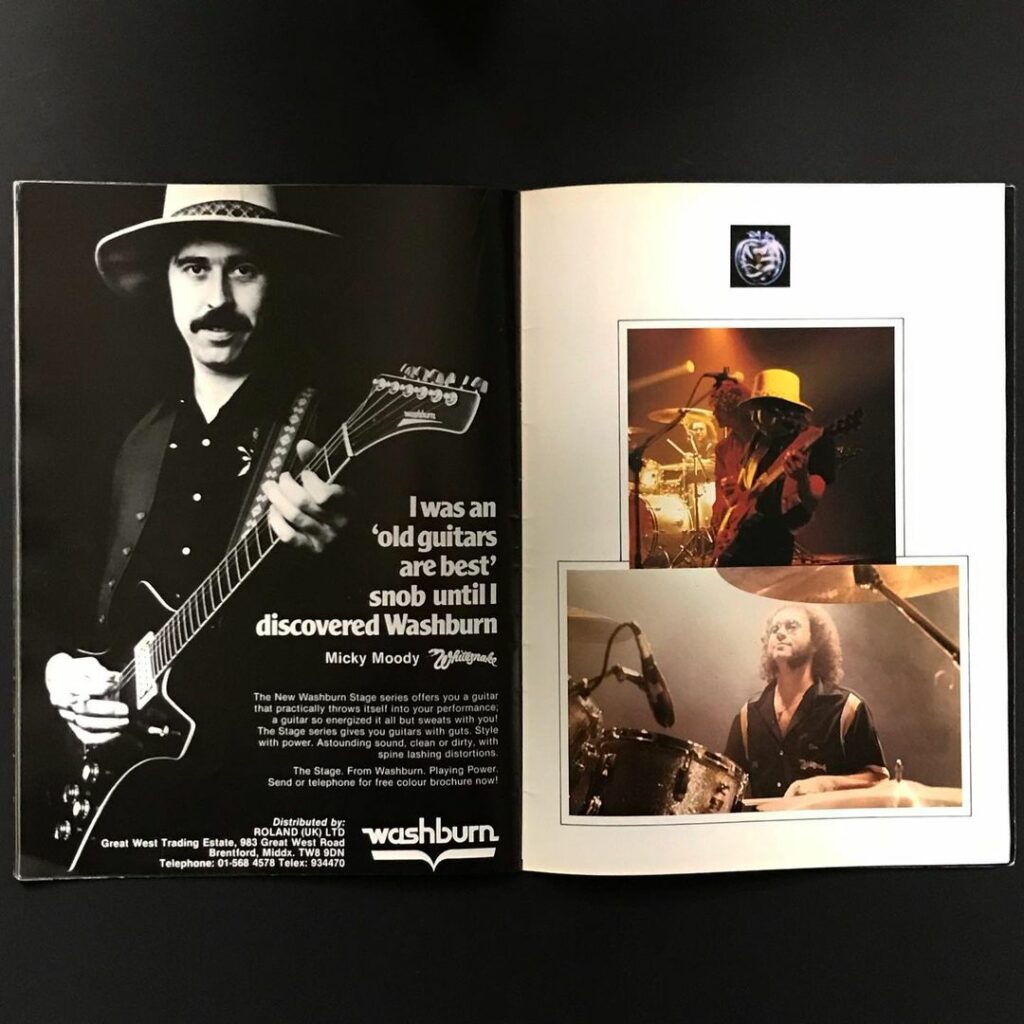 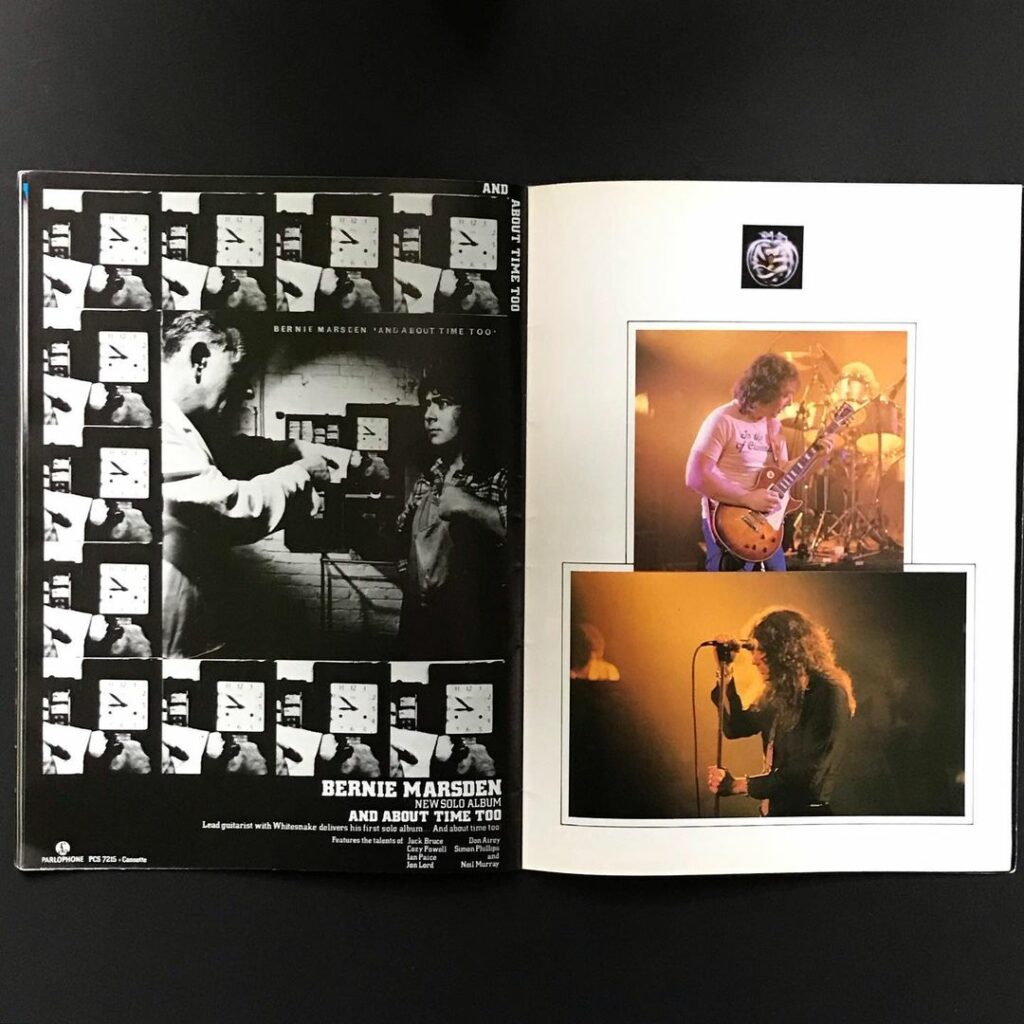 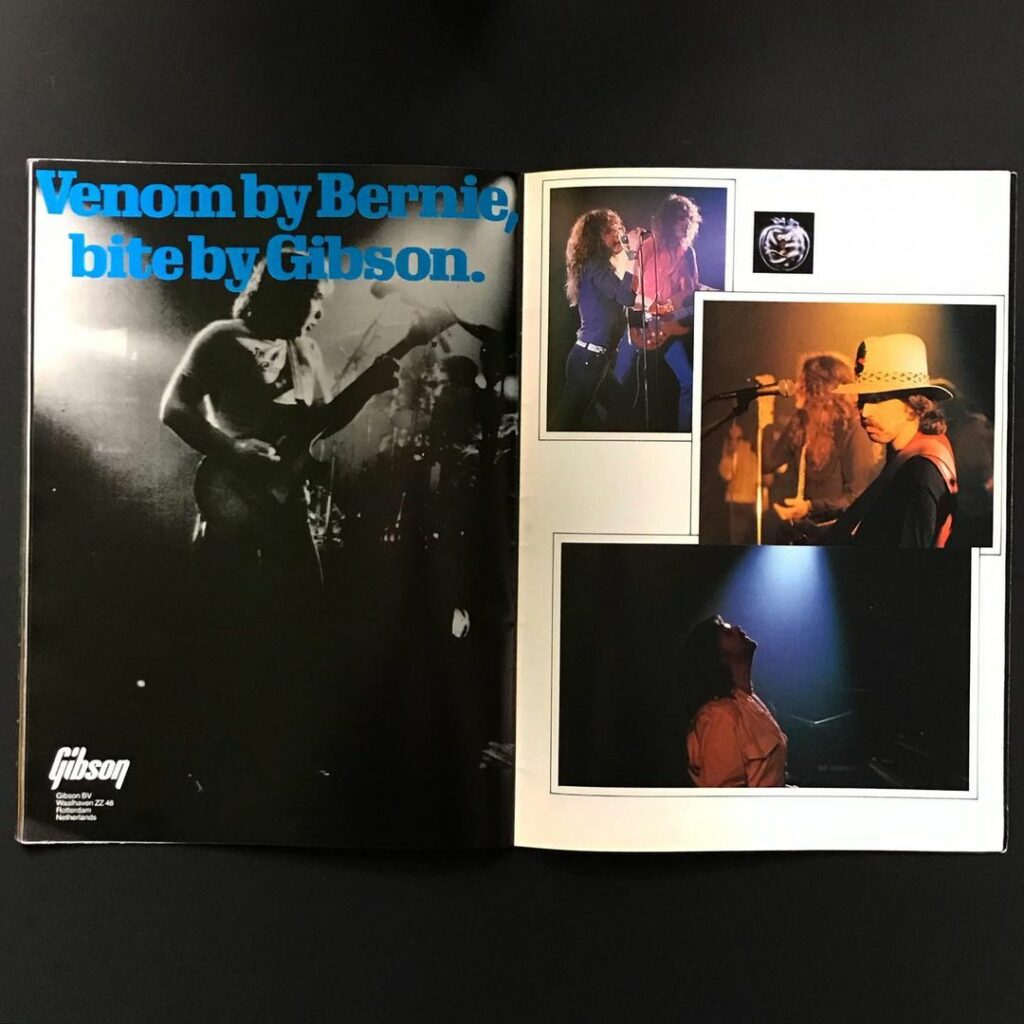 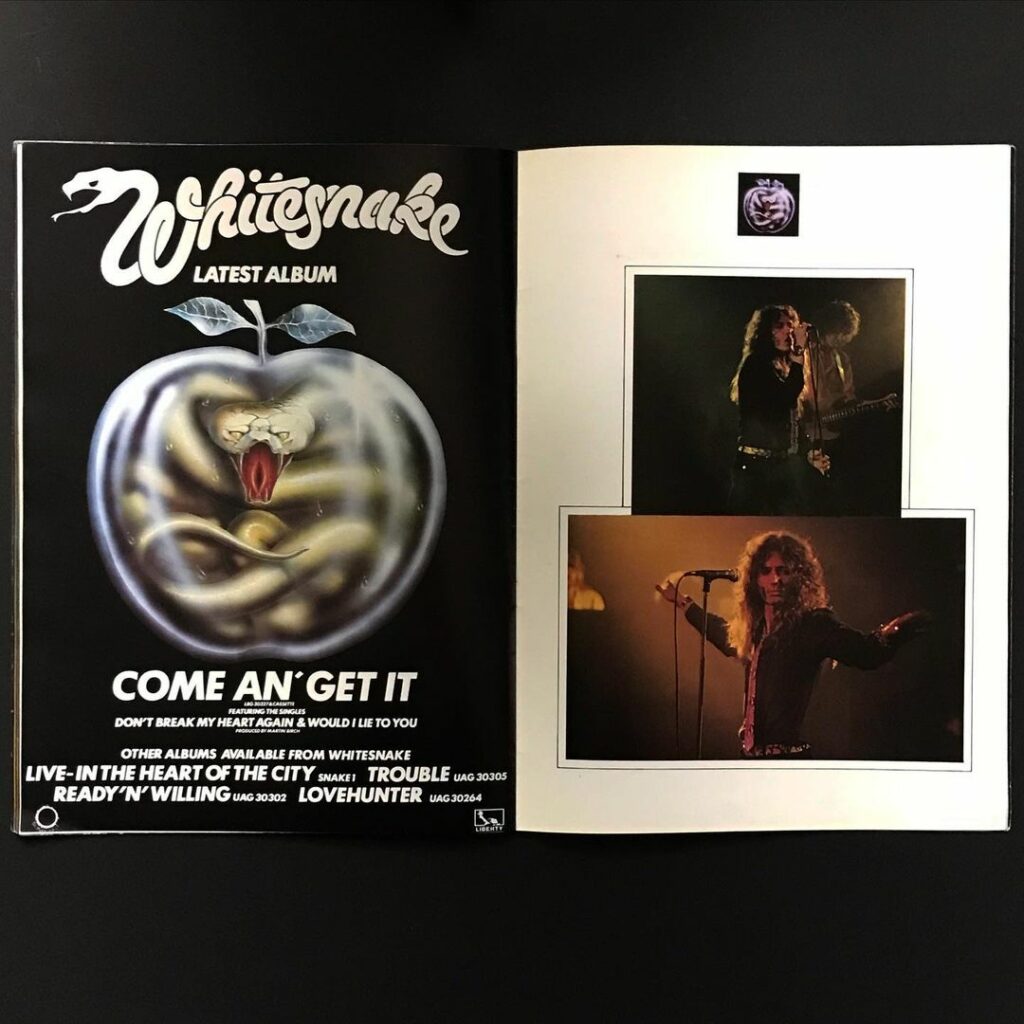 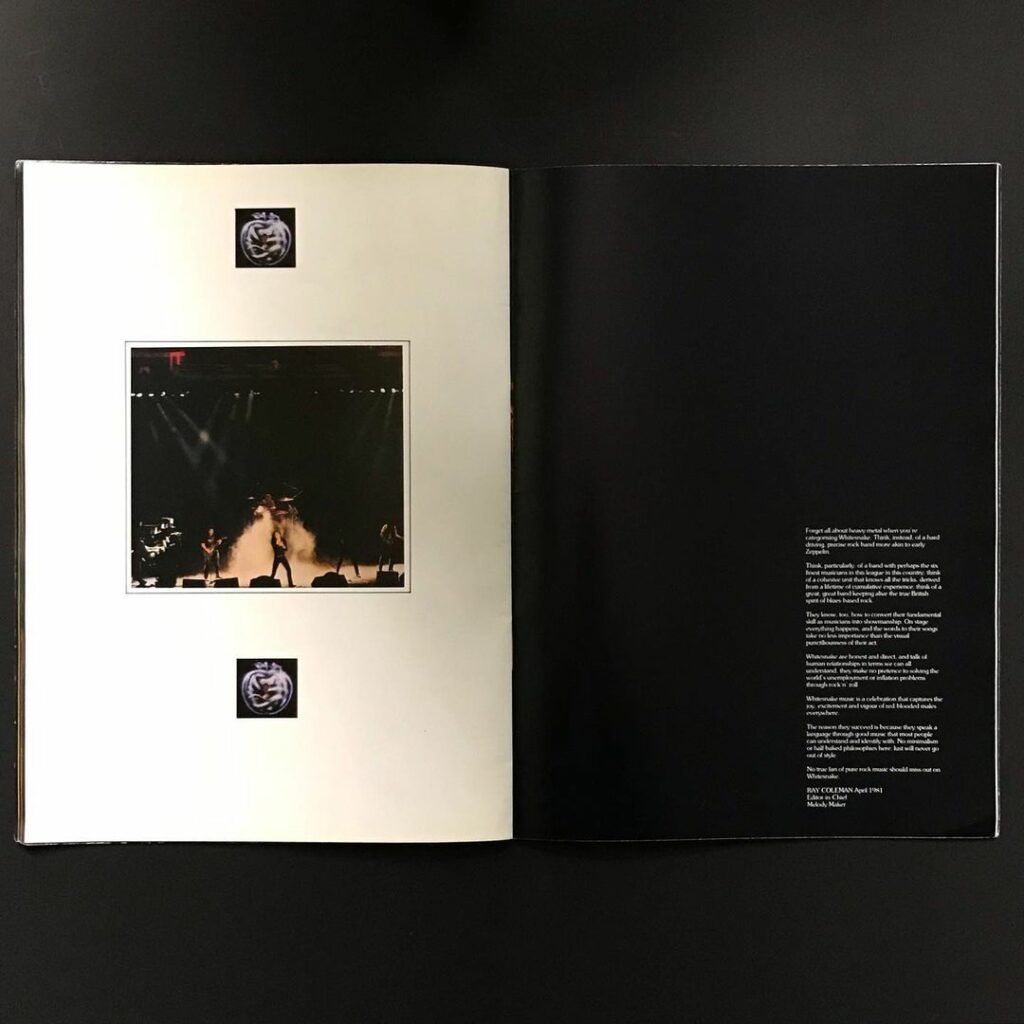 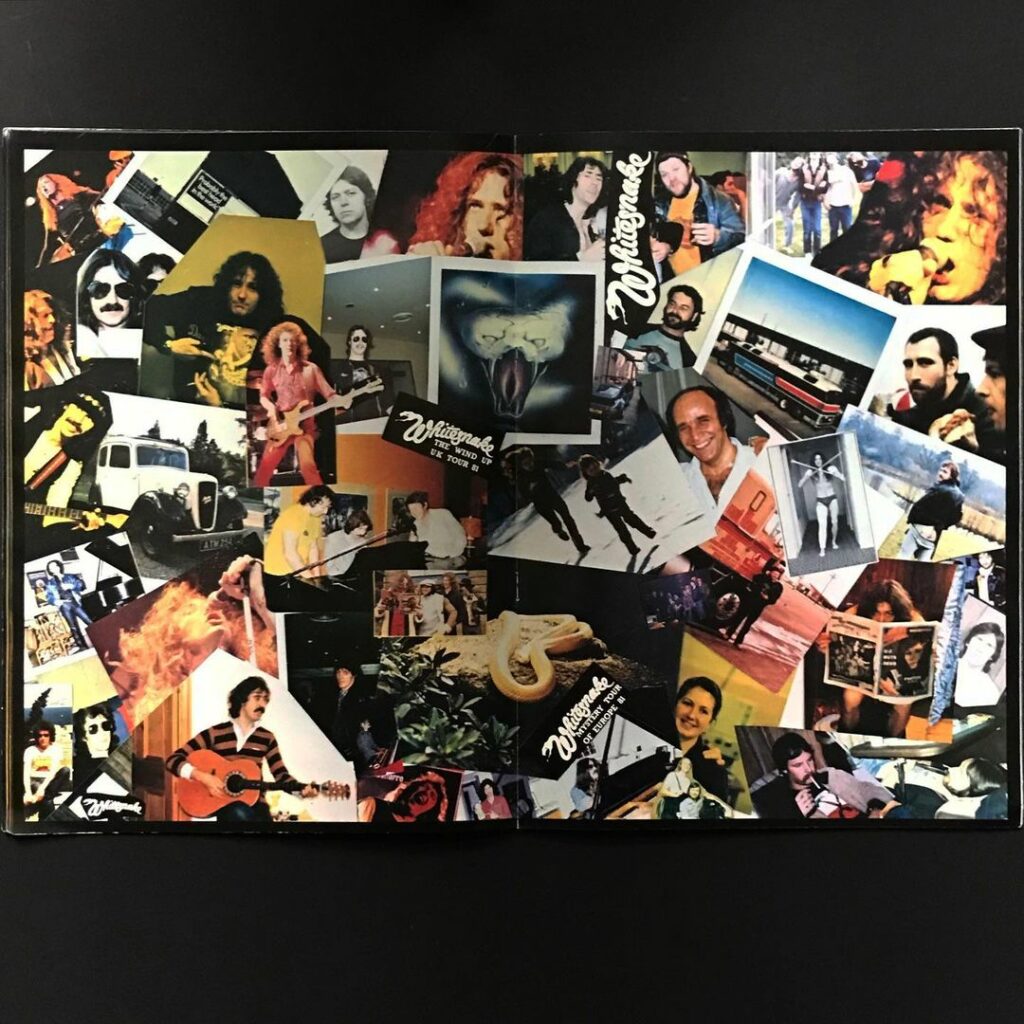 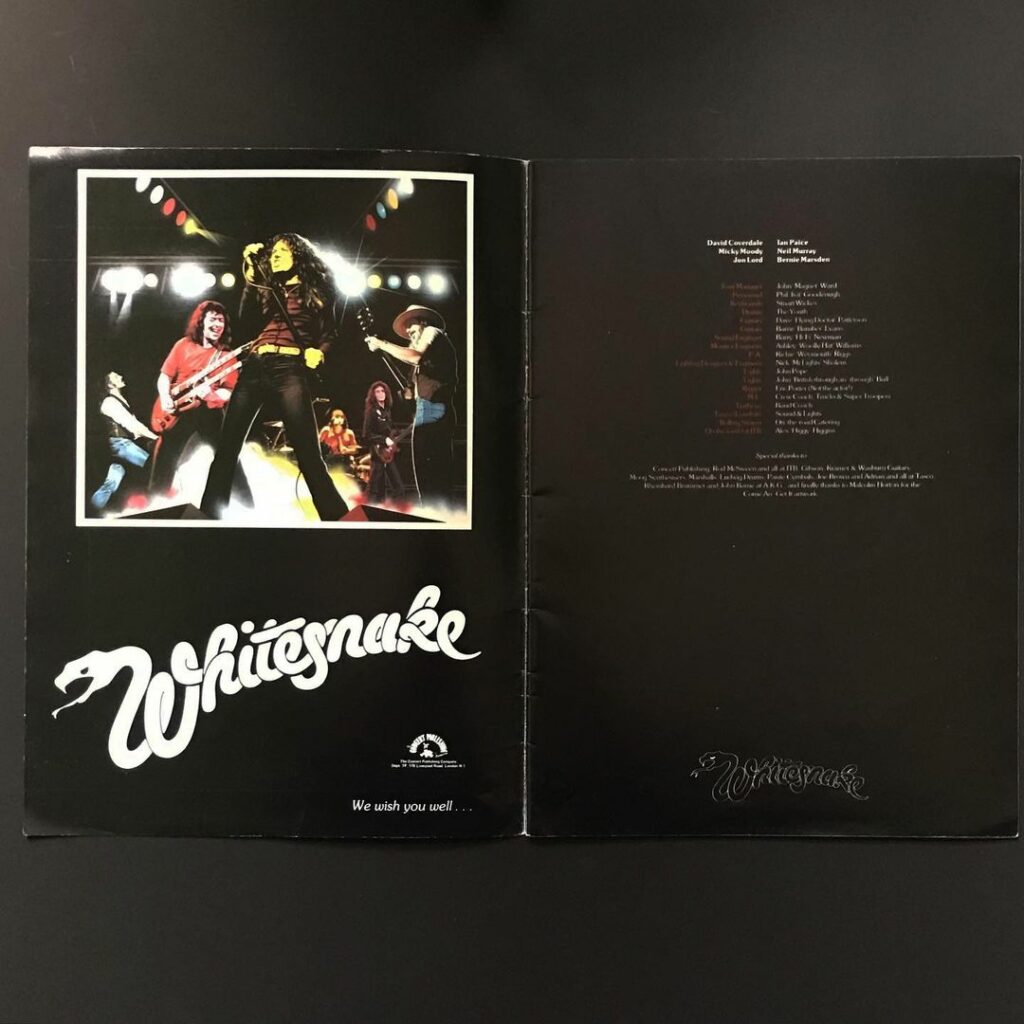 Be the first to review “WHITESNAKE: Come an Get it LP. Original rare 1981 YUGOSLAVIAN Serbian Croatian. Check videos “Don’t Break My Heart Again”, “Would I Lie to You” + audio (whole album) + album video review” Cancel reply 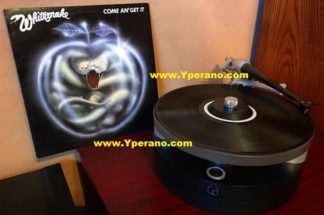