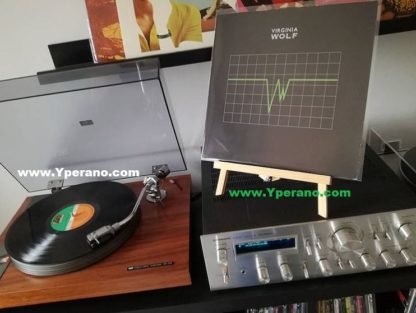 Yet another gem from one of the most underrated bands of all time.

Fantastic UK band formed by Jason Bonham after the demise of Airrace. Also a showcase for the vocal talents of Chris Ousey (later of Heartland) who as we all know went on to better things forging a path of A.O.R magic with primarily, Heartland and also The Distance + Featuring Roger Taylor (Queen) Classic stuff!
Chris Ousey (later of Heartland) was the vocalist for most of this time and Jason Bonham (son of John Bonham) was the drummer on both their albums. The band was formed in Worsley near Manchester. 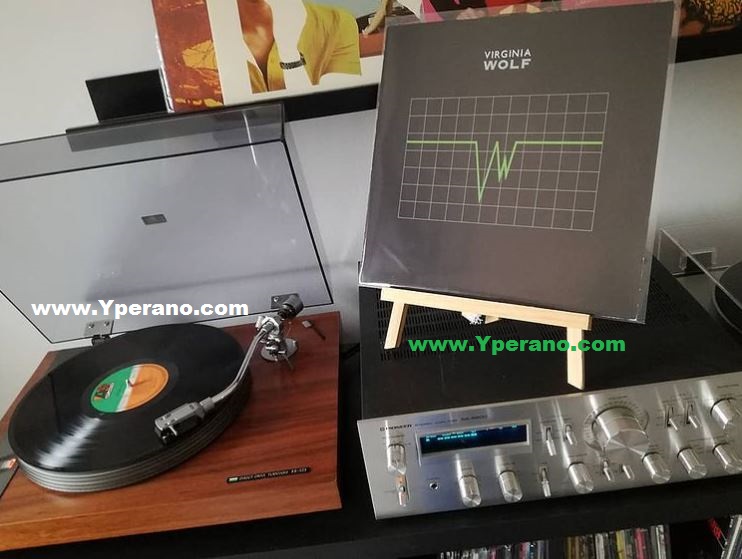 Band Members :
Jason Bonham – drums
Nick Bould – guitars
Chris Ousey – vocals
Jo Burt – bass
——————————————————-
Originally released in 1986, Virginia Wolfs self-titled album is the album which first introduced rock audiences to the vocal talents of British AOR legend Chris Ousey. Its place in rock history is assured, since it features a young Jason Bonham (the son of Led Zeppelin legend John Bonham) on drums. Interestingly though, given the absolute power behind his fathers style of drumming – a style in which Jason is also capable of playing – youd hardly recognize the drum work on this album as being that of anyone with the Bonham name.
The opening number, Are We Playing With Fire? offers a hard rhythmic workout. Nick Bolds spiky guitar chops are well suited to Ouseys vocal style. Livin on a Knife Edge again finds Ousey in good form and aside from a pompy bridge section leading into the guitar solo, itd be the track most comparable to his later musical direction. The punchy Take a Chance offers a strong chorus and some great vocal harmonies as well as a great guitar solo from Nick Bold. Only Love utilizes classic stabbing keyboards during the intro and chorus, balanced by quiet verses featuring subtle, ringing guitar work.
The albums strongest offering Goodbye Dont Mean Forever features Ouseys greatest vocal performance; musically it hints at other melodic rock of the times. Elsewhere, the rock balladry of Its In Your Eyes provides a decent listen. With 80s melodic rock, its the mid-paced tracks which hold up best and this is no exception. During the feel-good Waiting For Your Love, Ousey has moments where he sounds like Eric Martin; it would also be up there with the albums best moments, since its musical arrangement is strong.

After the bands demise, Jason Bonham moved towards a harder musical direction with his own eponymous named band. As well documented, Chris Ousey became the vocalist with Heartland, whose musical journey continued on a similar path as Virginia Wolf.
For Chris Ousey and Heartland fans, though, the Virginia Wolf album is well worth checking out.
——————————————————-
Personnel:
Jason Bonham drums
Nick Bould guitars
Chris Ousey vocals
Jo Burt bass
Tracks:
1. Are We Playing With Fire
2. Make It Tonight
3. Only Love
4. Its In Your Eyes
5. Waiting For Your Love
6. Livin’ On A Knife Edge
7. For All We Know
8. Don’t Run Away
9. Take A Chance
10. Goodbye Don’t Mean Forever

Classic 80s Brit A.O.R. featuring the mighty Chris Ousey on vocals and Jason Bonham on drums and a smooth production by Queens Roger Taylor. Loved this album when it first came out and still love it to this day.10 brilliant songs and not one filler, which is a rarity in itself thesedays. Top tracks for me are ‘Make It Tonight’ ‘Livin’ On A Knife Edge’ and the mega ‘Goodbye Don’t Mean Forever’.If you don’t yet have this add it to the top of your want list now.
——————————————————
Modelling their style on the likes of US heroes Foreigner and Bad Company, Virginia Wolfs strengths lay in well developed songwriting capabilities. Without doubt it contains some classic moments. Tell me that ‘Living On A Knife Edge’ is one of the best AOR songs ever to come out of the UK during the eighties? You can tack on ‘Only Love’, with a superb bridge and chorus section, with some memorable lead-in lyrics. ‘For All We Know’ is another pitch at pure AOR.
———————————————————-
I agree, Virginia Wolf are underrated by most. Two parts ERIC MARTIN – SUCKER FOR A PRETTY FACE; One part KING KOBRA – THRILL OF A LIFETIME; A dash of SURVIVOR – VITAL SIGNS, and a sprinkle of STATETROOPER…
———————————————————–
Great AOR. I actually really got into the Virginia Wolf LP upon their release. Very good LP! Living On A Knife Edge, Make It Tonight and Playing With Fire are classics. Any fan of the Heartland debut album will love this, as all the elements are there and with a rawer, more guitar orientated feel. Classic.
———————————————————–
this is pretty good stuff—-pre HEARTLAND—absolutely worth having for all serious melodic rock fans. ‘Are We Playing With Fire’ and ‘Livin’ On A Knife Edge’ great songs! How about a quick mention for Nick Bold – guitar player who wrote every song on this great release. Its the tremendous Chris Ousey that catches the ear, but what a set of songs we got !
—————————————————————
Great debut album from a great British AOR band with a great singer! Mr. Ousey has indeed a golden voice and songs like ‘livin’ on a knife edge’ are timeless!
————————————————————-
An 80s AOR gem with shining vocals. AOR/melodic fans will not be disappointed. Still sounding good today. 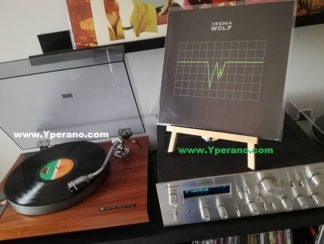