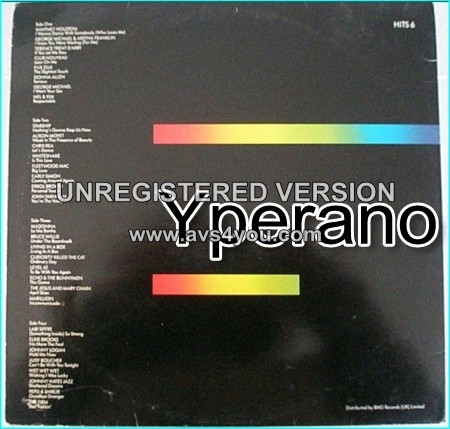 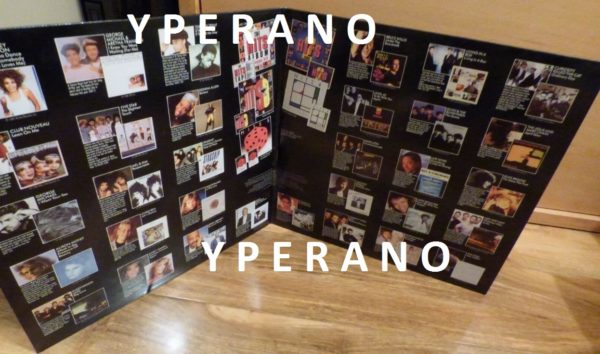 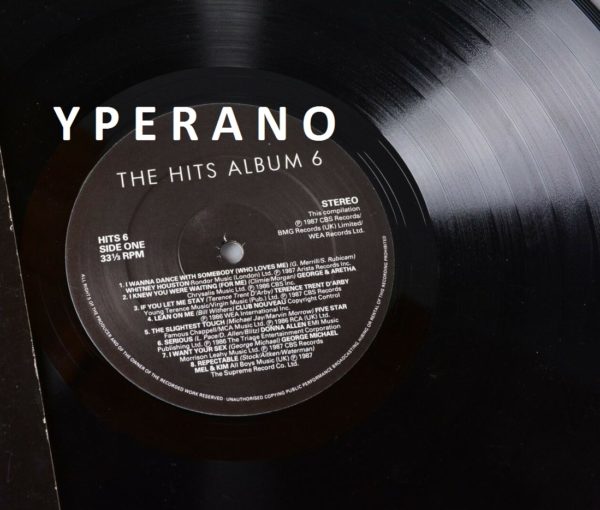 Review
“We were on French TV after the descent into Morzine [the last mountain stage, and Delgado was still leader of the overall classification] and, off camera, he came up to me, hugged me, and said ‘Bravo, you deserve the yellow jersey’. The TV people couldn’t believe it! He’s a fabulous competitor, but he’s also a great, incredibly gallant guy and I think that’s another reason why that Tour was so special.” (Stephen Roche on Pedro Delgrado at the 1987 Tour De France).

I will always associate the sixth Hits album with cycling. 1987 was my last strawberry summer; a season of local fruit-picking only accessible by bike. Cycling 15 miles to Waterford. Purpose: to buy records and catch Platoon before it left the cinema. Hits 6 was among this selection and we played it between the closing stages of the Tour De France coverage. Now had taken its first ever summer break; CBS, WEA and BMG stepped into the breach with an excellent entry in the Hits series that contained six chart-toppers.

What a start! I Wanna Dance With Somebody was first single from Whitney Houston’s second LP Whitney. It’s a raucous and energetic pop smash with a memorable video from Brian Grant. That pink dress. This is followed by another #1; this time from George Michael and Aretha Franklin and their award-winning duet I Knew You Were Waiting (For Me). Time for some R&B with Terence Trent D’Arby’ stunning debut single If You Let Me Stay and Club Nouveau’s ultimate cover of Lean On Me. Five Star and Donna Allen keep us in the groove with The Slightest Touch [transformed by the hand of Shep] and the bad-ass Serious. There’s more George Michael next with the raunchy I Want Your Sex; the first fruits from the Faith era. Hypnotic. This soulful side ends with a third number one – Mel and Kim’s irresistible Respectable.
Tay, tay, tay, tay, t-t, t-t, t, tay, tay, take or leave us…

Starship’s Nothing’s Gonna Stop Us Now kicks off side 2. Slick mannequin rock. It’s complemented by Whitesnake’s poisonous and doubt-ridden Is This Love. The likeable Let’s Dance was Chris Rea’s biggest hit to date [#12 – from Dancing With Strangers] while Alison Moyet’s Weak In The Presence Of Beauty is a gorgeous tune; the last sting of a dying wasp. Tango In The Night has turned out to be Fleetwood Mac’s second most enduring LP [after Tusk]. Big Love was its opening tune; a bucking tour-de-force from Lindsay. The parent album is also a great example of perfect sound forever. The love interest continues with Carly Simon’s wistful Coming Around Again before climaxing kaleidoscope-style inside Errol Brown’s orgiastic Personal Touch. John Farnham’s You’re The Voice is a bombastic appendix. A torch song for the Maracanã stadium.

La Isla Bonita was the fifth single from True Blue and despite this handicap, reached San Pedro heaven on 25 April. The single remix has been bumped from history and the radio by the better known album version. Not here though. Moonlighting star Bruce Willis gives a competent rendition of Under The Boardwalk. Eponymous uptempo pop from Living In A Box is next; they’re no Iron Maiden. Curiosity Killed The Cat’s Ordinary Day has been overshadowed by Misfit and Down To Earth. Here its jazzy wings breathe and fly. Just like The Charlatans’ Me In Time.

What of Level 42? To Be With You Again is the third Running in the Family single, released at the peak of their career [Wembley concerts; unpretentious joyful slap bass]. Their positioning beside Echo and The Bunnymen and the Jesus and Mary Chain certainly caused the sniffy Young Men With The Weight On Their Shoulders to frown in disapproval. The Game needs more oomph and lacks the backbone of the Ocean Rain material. April Skies is a furious and melodic thrash; the spikiness and nihilism of Psychocandy somewhat tempered for the second LP Darklands. I saw the Reid brothers live that September with NME cover stars The Motorcycle Boy. To the end: Fish runs his final furlong with the aggressive/progressive Incommunicado.

Two killer 45s from two people born in 1945. Labi Siffre’s quiet yet resilient (Something Inside) So Strong vs Elkie Brooks and her not-taking-it-anymore classic No More The Fool. Johnny won. Hold Me Now was a better song than What’s Another Year? and it’s good to see it here; another Irish success from ’87. Next is Judy Boucher and the eternal regrets of Can’t Be With You Tonight. Impossible dreams.

Another small acorn then. Wet Wet Wet and the upfront Wishing I Was Lucky. The oak would turn out to be less exciting. 1987 was the year when Johnny Hates Jazz strode into our lives. Shattered Dreams remains a magnificent piece of well-crafted adult pop that’s full of regret and missed opportunity. Flawless and beautifully-arranged, this still sounds impeccable. And against the odds Pepsi and Shirlie’s second single is just as good as Heartache. Show him the door – Goodbye Stranger. I am sensing a theme here; we’re not taking any more crap from our lovers. There’s just time for The Firm and Star Trekkin’. Two weeks at the top. “Ye canna change the laws of physics!”

Lest we forget
Pepsi and Shirlie – Goodbye Stranger

Hits 6 has been described in some Pop Justice circles as the greatest compilation ever.

Hits 6 is a very strong entry in the series. It certainly has the edge over Now 9 proving that taking the summer off may have been the wrong decision for EMI, Virgin and Polygram.