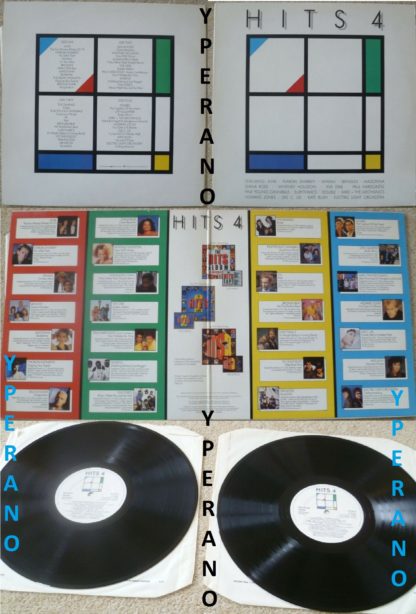 The Hits Album 4 or Hits 4 is a compilation album released in the UK in March 1986 by CBS and WEA, with RCA Ariola now also joining the partnership from this release onwards. It followed The Hits Album and Hits 2 to the top of the UK Top 100 Album chart and remained there for 4 weeks. 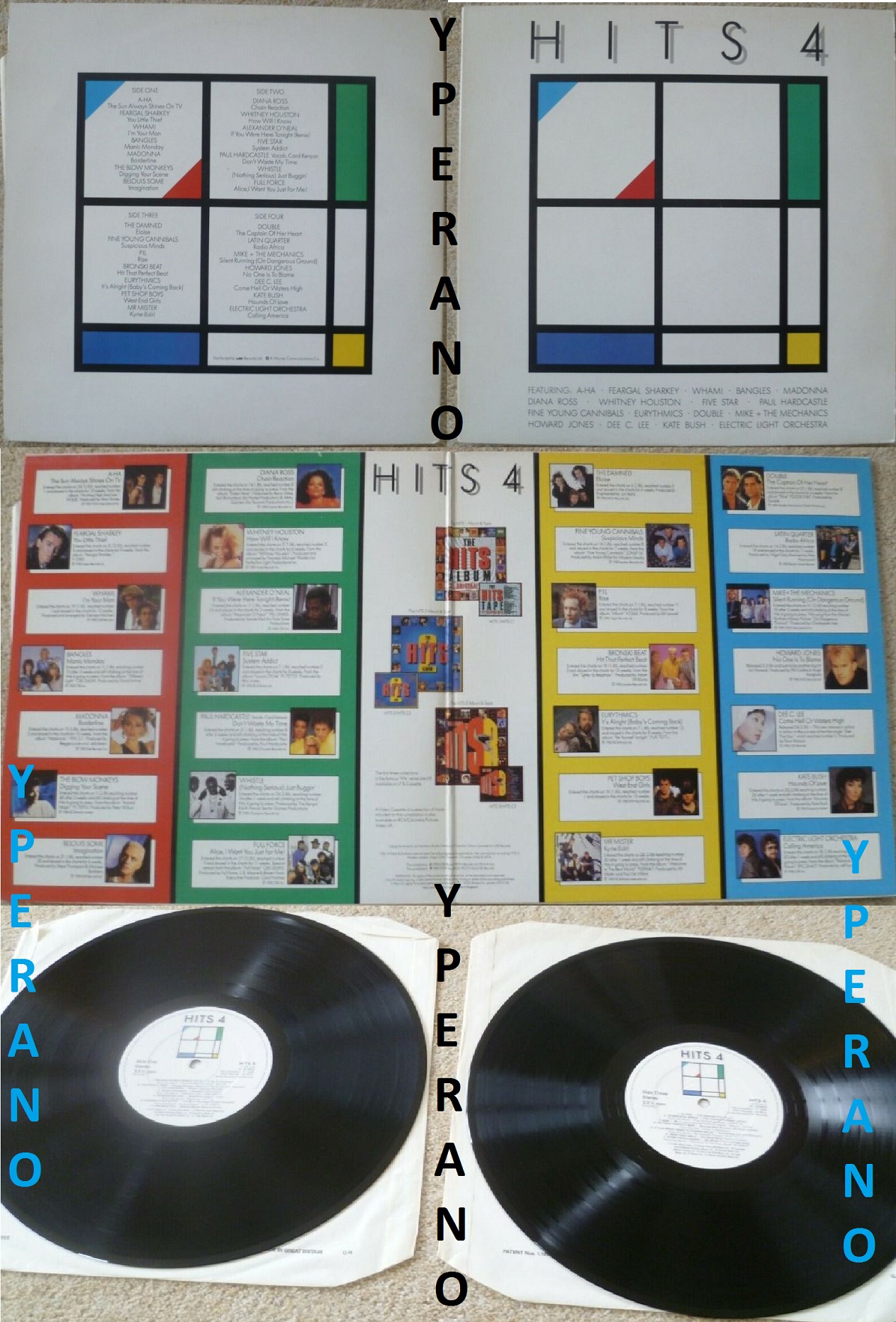 Review
After a fairly uniform design for the opening three volumes, Hits 4 bore a new image – the monopoly board was replaced by modern art. We’re still carrying 28 tracks and in this instance four of them are chart-toppers.

Hits 4 does not disappoint. It is a stronger and more coherent record than its predecessor with the first side being as good as it gets. Once again A-ha lead off and this time they went one better than Take On Me as The Sun Always Shines On TV knocked West End Girls off its perch on 25 January 1986. Feargal Sharkey’s just-as-great follow-up to A Good Heart is next – You Little Thief. I always thought that he sang “You little bastard”. It seems to have vanished off our airwaves today. I’m Your Man and Manic Monday are quality pop tunes while Madonna’s reissued Borderline [from her 1983 debut] remains one of her greatest creations. We then move to the sophisticated groove of Dr Robert and his timeless Digging Your Scene before Belouis Some’s equally polished Imagination [second time around; it flopped in 1985] concludes a most satisfying opening quarter.

Side 2 is the dance arena. There’s soul power from Diana Ross [Chain Reaction] and Whitney Houston [How Will I Know] before Alexander O’Neal brings on the smoothness with his delightful If You Were Here Tonight. System Addict was the seventh and final 45 from Luxury Of Life and confounded the band by reaching #3. Paul Hardcastle’s Don’t Waste My Time is all about Carol Kenyon’s powerful vocal effort while the Whistle and Full Force tracks complement each other as fine examples of well-crarted US R&B. Touched by the hand of Howie Tee.

The Damned’s goth phase stayed undead with their haunting cover of Paul Ryan’s Eloise. The Fine Young Cannibals got back on the hit wagon with a driving take on Suspicious Minds while a memorable promo video helped PIL’s Rise climb the charts. Bronski Beat suffered a hammer blow the previous autumn when Jimmy Somerville left to form The Communards. He was replaced by John Foster [Jon Jon] and they reached #3 with the pounding Hit That Perfect Beat before burning out on their second LP Truthdare Doubledare. Eurythmics pulled a fourth single from Be Yourself Tonight – the wistful It’s Alright (Baby’s Coming Back) which was way better than the Aretha duet. Two breakthroughs sign off side 3; the Pet Shop Boys West End Girls is remixed and climbs to number one while Mr Mister’s Kyrie still sounds like a pleasant slice of inoffensive rock.

“I found a fox / caught my jocks”.
The wheels finally come off on side 4 with a somewhat uneven mix of styles.
The good #1: Mike and The Mechanics – Silent Running. Synth masterpiece from the old testament.
The good #2: Kate Bush – Hounds Of Love. The title track of her greatest LP complete with spot-the-sample from 1958’s Night Of The Demon [“it’s in the trees / it’s coming”].
The good #3: Latin Quarter – Radio Africa. White reggae vibe with a political slant that’s still relevant.
The rest: Howard Jones’s last meaningful hit No One Is To Blame is a nice piano piece while Double make the most of their limited talent on The Captain Of Her Heart. The inclusion of the Dee C Lee and Electric Light Orchestra tracks is genuinely perplexing as they’re both pretty dull. However there’s enough here to keep the Now compilers on their toes. Roll on the summer.

Mike and The Mechanics – Silent Running (On Dangerous Ground)

Lest we forget
Bronski Beat – Hit That Perfect Beat 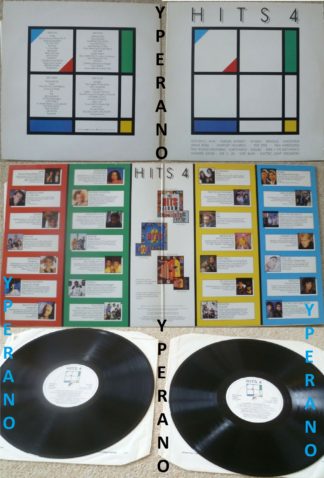