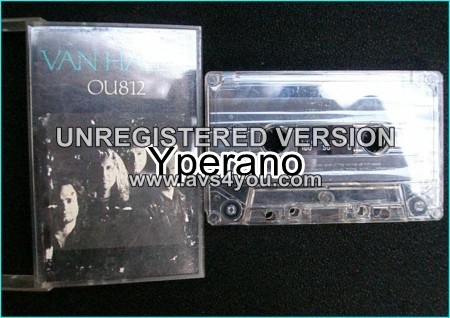 VAN HALEN: OU812 used [cassette tape] 1986 Check videos When It Love, Mine All Mine, Cabo Wabo, Feels So Good

Eddie Van Halen on “When It’s Love” from OU812 (1988): “OU812 was a lot easier to make. That’s not to say that 5150 was difficult, but Sammy and I were just feeling each other out. We were more comfortable and relaxed. We opened the doors and it all came out. It’s more mature, too. When we recorded ‘When It’s Love,’ I was so focused.”

In the late ’80s, both Van Halen and David Lee Roth were attheir commercial peaks, with the two camps competing fiercely against each other for Top 10 dominance. While lacking the overall crunch of earlier albums, OU812 does take the bandinto credible pop/electronic territory. Showing that party rock can grow and develop, the album contains some premium musicianship.
“”Mine All Mine”” features Ed Van Halen continued use of synthesizers and is an introspective tune aboutbelieving in one self. “”When It Love”” is a catchy powerballad that continued the band streak of Top 10 hits, along with “”Finish What Ya Started””, with its good-natured country licks. “”Feels So Good””, a 180-degree turn from the heavyrock of the band early days, is a keyboard-driven pop ditty. The band doesn’t totally stray from its roots though, as””Black And Blue”” is a greasy, bluesy salute to an active sex life.”

Watch Sammy Hagar (The Red Rocker) perform “Finish What Ya Started” and hear him tell Howard about what he used to do during Eddie Van Halen's solos on Howard 101.

Posted by The Howard Stern Show on Tuesday, 15 October 2019

explains the story behind the album with exclusive commentary by Sammy:

Be the first to review “VAN HALEN: OU812 used [cassette tape] 1986 Check videos When It Love, Mine All Mine, Cabo Wabo, Feels So Good” Cancel reply 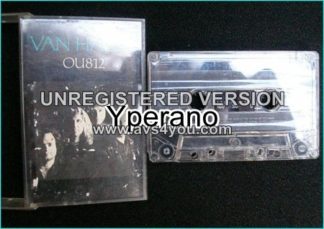