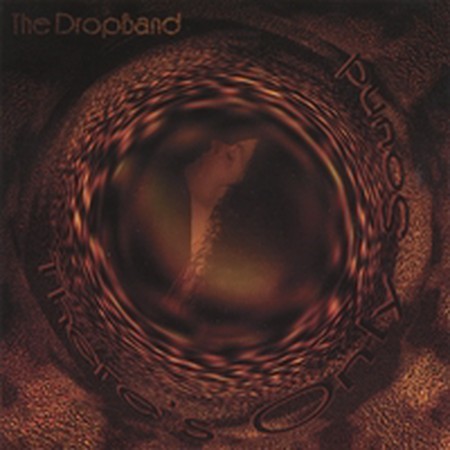 Song oriented Psychedelic Rock, sometimes aggressive, sometimes not, but always accentuated by Christine Mascott’s vocals The Drop Band’s fourth Album, “”There’s Only Sound,”” is an eclectic mix of quirky psychedelic music adding Christine Mascott’s lead vocals to the normally male dominated vocal sounds on previous albums. Always looking for something new, The Drop Band explores
many musical styles from straight ahead metal to blues to acoustic rock to the humorous and back again. The new CD features Christine Mascott in the lead vocal position, a change from the normally male dominated vocal sound of the band, and the first preview release. “”It was a challenging album to record,”” explains Ms. Mascott, “”since part of the original concept was to write music for a woman to sing which was in a guitar friendly key… it keeps the music sounding full and more legitimately rock and roll but makes it harder to perform. We wanted to try to capture the vibe of the band and just give it a little twist…”” Critics have called the new album “”Sassy-Trippy Grunge””.
Also appearing on the record are: John Macaluso on drums (Yngwie Malmsteen, Ark, TNT, UnHappy Jack), founder Paul Mascott on guitars (Broms, UnHappy Jack), bassist Derek Wieland (Kered), Hank Wagner (OZ, Dennis Leary) on harp and vocals, Lane Sparber on 12-String Guitar and the Drop Band horn section including Dan Yeager on Trumpet, Sergio Bustamante on Saxophone and Nelson Foltz on Trombone. The Drop Band’s records have achieved critical acclaimsince 1999 and their music has appeared in movies and on television including the MTV shows ‘Road Rules’, ‘Extreme’, ‘Senseless Acts of Video’ and ‘Road Rules’. Drop Band music also appears in the independent film ‘Flophouse’ produced by Pyramid Productions and is featured on Radio Free Virgin

WHAT’S BEING SAID about The Drop Band

“”This record is so freaking good, it’s unbelievable…. the music just sticks with you for days.””
– Score! Music Magazine

Whether…in a gentle, sweeping manner or in all-out rock ‘n’ roll, they hypnotized me in; it was cool to be part of this exploration.
– Debbie Catalano, Soundcheck Magazine

“”It’s a rare bunch that can make unpretentious hippie music, and The Drop Band does it well.””
-Matthew Sheahan, NY Sounds

“”Christine Mascott is gutsy, growly and sounds like she could kick your ass if she needed to.””
– Collected Sounds.com

“”Perfect from beginning to end… a musical style that expresses the true meaning of Rock and Roll… a trip, journey an adventure in music. Get on The Drop Band wagon now, there’s room for all.””
– Indie Music Explosion.com

Rock with an edge with a sublime female vocalist who shows the boys how it’s really done..tune into this one! HOT! HOT! HOT!
– Hidden Sanctuary (internet radio)

Totally groovy. Put K.C. and the Sunshine Band in a recording studio with The Grateful Dead and tell them to collaborate on re-recording the entire soundtrack to “”Godspell”” and a couple of Led Zeppelin tunes and you have some idea of what this sounds like.
-Jennifer Layton Indie-Music.com

‘There’s Only Sound’ by The Drop Band

The Drop Band’s fourth album, ‘There’s Only Sound’, is an eclectic mix of quirky psychedelic music adding Christine Mascott’s lead vocals to the normally male dominated vocal sound on previous albums. Always looking to try something new, The Drop Band explores many musical styles from straight ahead metal to blues to acoustic rock to the humorous and back again. Guitarist and Drop Band founder Paul Mascott wrote and produced this latest effort after reading a review of his first album asking to hear more of the female vocalist. The result is seven new songs and a new sound for the band.

Along with Christine’s vocals and Paul’s usual guitar madness, John Macaluso (ARK, TNT, Yngwie Malmsteen) contributed drum tracks for the record which was recorded in Uptime Studios (NYC) in 2001. Also appearing on the record are Derek Wieland on bass, Hank Wagner on harmonica and vocals, Lane Sparber on 12-string guitar, and the Drop Band horn section including Dan Yeager on Trumpet, Sergio Bustamante on Saxophone and Nelson Foltz on Trombone.

“”It was a challenging album to record,”” explains Christine Mascott, “”since part of the original concept was to write music for a woman to sing which was in a guitar friendly key… it keeps the music sounding full and more legitimately rock and roll but makes it harder to sing. We wanted to try to capture the vibe of the band and just give it a little twist…”” Christine’s vocals were recorded on Thanksgiving 2001 and New Years Eve 2001/2002… all the recording and mixing for the record was done on holidays or overnight due to the budget constraints inherent to all independent productions.

The Drop Band was founded in 1997 as the house band for Paul Mascott and Hank Wagner’s theatrical show ‘Drop’ performed in New York City May through December of that year. When the show closed, Mascott developed the band into a recording and performing entity separate from the show and began making records with The Drop Band in 1999. Their records have achieved critical acclaim and their music has appeared in movies and on television including ‘Ed’ on NBC and the MTV shows ‘Road Rules’, ‘Extreme’, and ‘Senseless Acts of Video’ . Drop Band music also appears in the independent film ‘Flophouse’ produced by Pyramid Productions and is featured on Radio Free Virgin. They continue to develop new music on Syberdelix Records.

The Drop Band was formed as a collective of session and touring musicians based in New York and Boston which work with Paul Mascott to flesh out the many psychedelic rock recordings and shows conceived by him. An eclectic group, members boast credits such as “”Rent”” on Broadway, “”Blue Man Group””, “”Yngwie Malmsteen””, “”Tommy”” national and international tours, “”Powerman 5000″” and many more.

The Drop Band was born as the house band for the original production of Paul Mascott and Hank Wagner’s show “”Drop””. The critically acclaimed theater piece, directed by Christine Mascott, ran May through December 1997 in New York City.””Drop”” was conceived by Mascott as a concept album which could be translated into the rock arena through the use of theatrical devices and show formulas. With the initial success of the show in 1997, Mascott decided to keep the idea growing by keeping the show’s band together. After a number of personnel changes in 1998 and the drastic expansion of Mascott’s song catalog, the lineup now appearing on their records was solidified and plans for the first records were made.

In 1999, Mascott teamed up with Tom Lynn to create Squelch Records and produce the Drop Band’s first commercial release “”Dropout”” along with the launch of Dropband.com. Critically acclaimed for the arrangements, production, and overall musicianship, “”Dropout”” set the stage for future recordings. Since its release, tracks from the record have been licensed by several MTV shows including “”Road Rules””, “”Extreme””, “”Senseless Acts of Video””, and “”Undressed”” among others. “”Groovy Bump Melon””, the first track from the record, was nominated for Best Modern Rock Song of 2001 by the Just Plain Folks organization and is also on the playlist for Virgin Records Independent Artists internet radio station launched in 2001. It was also used in the independent film “”Flophouse”” released by Pyramid Productions in Oregon.

In February 2000, Paul began work on an acoustic version of the Drop Band sound and the result was “”The Rain Falls Now”” released on his label Syberdelix Records in September of the same year. The record was an electro-acoustic experiment and features the hand percussion of Joe Mowatt to round out the more subdued folk-like quality of the record. “”Ganja Tree””, written by Dropband member Hank Wagner, has appeared on the High Times internet radio station. “”The Rain Falls Now”” was re-released in 2001 thanks to a special deal made between SpringBound Music and Syberdelix Records. The record’s title track also contains lyrical contributions from New York verse playwright Kirk Wood Bromley.

In June 2000, drummer John Macaluso (TNT, ARK, Yngwie Malmsteen) began working with Mascott on the third Drop Band album “”The Drop Band:Prophets””. The results of their first session together were monstrous- over 6 hours of recorded material was created and tracking for the record was completed in November of the same year. The first release was out by February 2001 in the form of a three song maxi-single with the remaining tracks set to be put out as an LP. Plans are in the works for a winter 2002 release. “”Prophets”” is an experiment in extreme psychedelic metal and represents the harder side of the Drop Band. Songs from “”Prophets”” has been used in the national release of Florida based stunt motorcycle team “”Team X-Treem””‘s video “”Judgment Day””.

In June 2001, Mascott and Macaluso began work on their dedication to Keith Moon entitled “”UnHappy Jack””. The album features Mascott and Macaluso’s arrangements of 8 classic Who songs with Randy Coven (Steve Vai, Malmsteen, ARK) on bass, Jorn Lande (ARK in Norway) on vocals and other members of The Drop Band. The record has been written about throughout Europe and America and there will be word on a release date by summer 2002. Drop Band member Christine Mascott is now appearing as lead vocalist for the Drop Band’s fourth L.P. entitled “”There’s Only Sound”” and also features Mascott and Macaluso.
____

This record is so freaking good, it’s unbelievable.
Female vocalists who veer away from the soft underbelly of pop-rock really have my heart. More importantly, it takes one hell of a performer, with one hell of a band, to sing the way that singer Christine Mascott of The Drop Band does in their fourth release. This record is so freaking good, it’s unbelievable. The thing is, The Drop Band is not just rock. It’s the blues, it’s unsappy sentiment, it’s punk, it’s folk (especially in “”There’s Only Sound””), it’s Garbage, it’s Letters to Cleo, it’s Hole, it’s the Lunachicks, it’s every powerful band that houses an enormously talented female lead singer. The music just sticks with you.
for days. 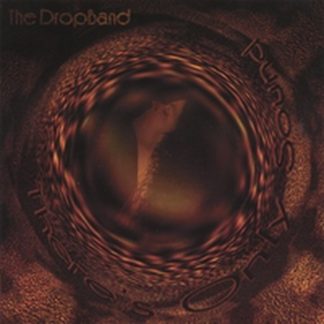