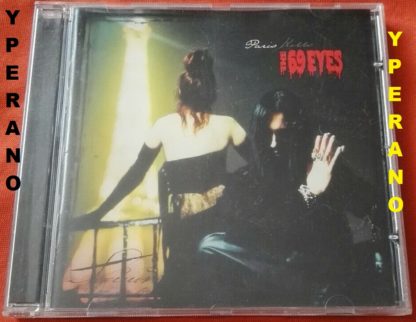 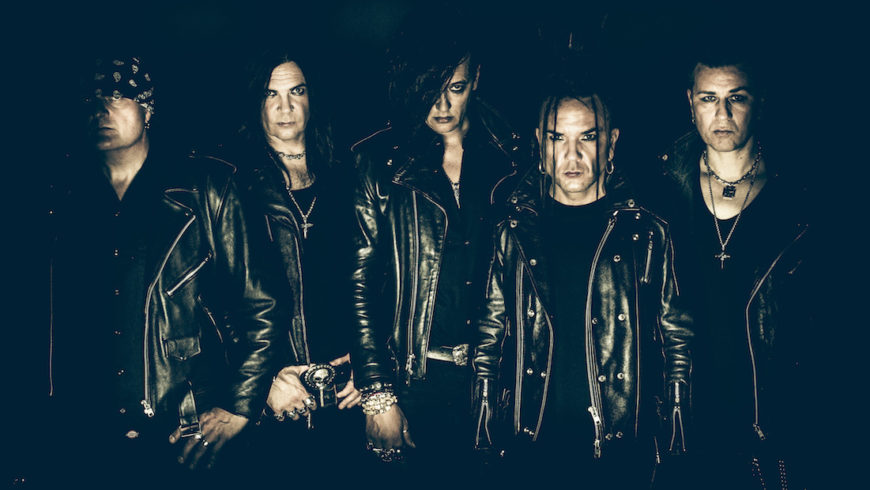 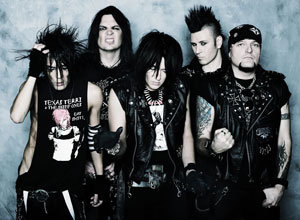 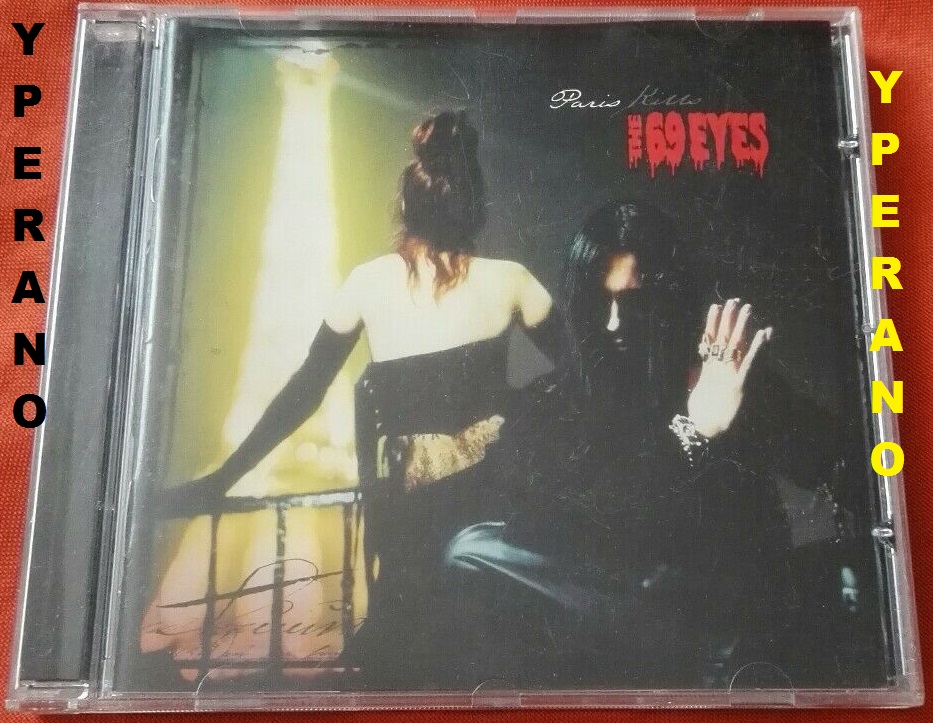 These Helsinki-based hard rockers do the horror /goth/ glam thing with panache, setting chunky rhythms against cavernous, echo-laden guitars and Jyrki 69s deep, Iggy-like purr.
——————————————————–
5.0 out of 5 stars There’s no other word but perfect,
This was my first 69 Eyes cd and I’m glad that it was. While I love their other albums, this is THE album of The 69 Eyes for me. I didn’t expect it to be that good when I got it but it is absolutely wonderful! The music is gorgeous and the lyrics are lovely. Its very rare that I love every single song on a cd but I do on this one. This cd makes my day whenever I hear it. This is an absolute must for any 69 Eyes fan or fan of HIM, Entwine, Icon & The Black Roses, and any other band in the genre.
——————————————————–
5.0 out of 5 stars Great Album,
If you like Gothic rock, then this is the CD for you. If you are a “The 69 Eyes” fan and you haven’t bought this CD, then get it now and stop missing out. It is a great album and I totally recommend it.
——————————————————–
5.0 out of 5 stars the very darkness we want,
everyone who has already listened the album doesn’t need further explanation that the 69 eyes is the one of the best gothic bands in the world. you can feel the power and love behind their darkness and sadness(maybe not necessarily sadness)
they desire the best reward, but their not being exposure makes them more beautiful!
——————————————————–
5.0 out of 5 stars Oh my GOD this cd is freaking great!!!!!!!!!!!!!!!!,
Really if you are a fan of this band, then this is a must buy album. Its very good Dance’D Amour is one of my favorite songs, Jyrkis voice sounds great when he sings in French.
——————————————————–
5.0 out of 5 stars goth / rock / glam / decadence,
The 69 Eyes`s last album seems to be their best work!! These longplay sounds pretty different from BB and WTD, though these is a final album of the trilogy. The music is more ripe, more thoughtful, more sexy, but still with a thin coat of gothic and decadence. My fav song on the album is Dance D`Amour, which sounds very sexy and romantic.
And Valo as b-vocalist on some songs also sounds great.
——————————————————–
5.0 out of 5 stars Just perfect,
I bought this album without listening to a single track. If the previous album was good, Paris Kills is even better. There is not a single song that will let you down. They’re getting a bit more melancholic and their music is showing a better shape now, much better than those old days of Wasting the dawn. I strongly recommend it.
——————————————————–
5.0 out of 5 stars it kills to be this good,
this album is excellent. the vocals are carried over from blessed be but a bit more developed. the opennings of each track is very tragically intense. this album is a great way of showing the bands trek as musicians. my favorite songs on here at “dance d’amour,” “crashing high,” “radical,” and “still waters run deep.” “crashing high” has a very beautiful openning that leads into jyrkis first words. the chorus is melodically bent to perfection. “dance d’amour” is a song to be played on a moonlight dinner, preferably a gothic marriage reception. this album greatly captures the essence of vampyric romane and gothic love. the helsinki vampires are the truest (LoL Christian…TROO) gothic/glam rock metal band.
——————————————————–
5.0 out of 5 stars The True Gothic Experience.,
Just when you thought the gothic style of heavy metal was taking a deep plunge into oblivion, think again. Enter The 69 Eyes, a band that truly obeys the Gothic architecture. This band is all and everything gothic is supposed to be. Dark, mysterious, sinister, thrilling and romantic all at the same time. Paris Kills is a passionate, exciting, spiritual journey for those who enjoy stimulating sex and romance on the dark side. A divine piece of work thats heavy and melodic and will keep you enticed from beginning to end. It will leave you in an almost state of ecstasy with its trancy, ambient, spooky atmosphere accompanied with Jyrkis deep hypnotic vocals. Paris Kills is a brilliant piece of work from The 69 Eyes and I recommend it to all who are into gothic metal. Possessing godly tunes such as `Crashing High’ and `Betty Blue’, Paris Kills is a true religious experience for all night crawlers. Love and hot sex on the dark side my faithful pussy cat.
——————————————————–
5.0 out of 5 stars Fave 69 Album,
Old school 69 Eyes is great. After all, who doesn’t love ‘Mr. Pain’? The bands more recent stuff is ok, but nothing that I’ve listened to twice lately. For the most part they’ve sort of fallen off my radar.

This older album however, Paris Kills, is in my humble opinion, their best album to date and a personal favorite. I suppose this is merely for the fact that I lean more towards the ways of Type O Negative, so yeah the bias is there.

This album is, as advertised, goth n’ roll. A little smokier and slower too. The copy I have now has scratches from so much play, so I’ll be getting another.

Go sample a few tracks, and see if this is the kind of 69 Eyes you prefer.(I’m not going to slice and dice the songs apart with my imaterial opionions.) Decide for yourself. Its all just a matter of personal taste.
——————————————————–
5.0 out of 5 stars Totally stimulating glamorous gothic metal- a classic of the genre!,
studio album by Finnish glam metal/goth rock band “The 69 eyes” originally released in 2002. And before moving into details, one has to comment that “Paris Kills” is an amazing title for an album of this genre.

Although most would consider “Paris Kills” as the second part of the preceding album “Blessed be”, hence going down the same path musically, I feel strongly that “Paris Kills” is actually the first album where ” The 69 eyes” attempt to combine both sides of their musical personality, the glamorous and the gothic. Although this glam/goth hybrid would be perfected in the following “Angels-Devils” saga, `Paris Kills’ was probably the first stept in that direction.

Having already become stars of the genre with their previous album, “The 69 eyes” inject more rockstar attitude in their goth rock, translating musically in more uptempo songs and bigger/more aggressive choruses. For that matter the more one plays the album the more one feels that underlying David Bowie-esque rock’n’roll essence. The vocals come across more natural than on their previous work being equally bass yet more melodic and less processed. Favorite tracks include “crashing high”, “Dance d’amour”, “Betty Blue”, “Don’t turn your back on fear” and “Forever more”.

One could say in retrospect that “Paris Kills” is a classic glam/goth album that sought to combine two styles demonstrating demonstrate common characteristics and for that matter moved musically in areas where no band or album had attempted to explore.
——————————————————–
5.0 out of 5 stars The 69 Eyes Kills!,
“Paris Kills” is one of the best albums in 2002 and even in 2003!!! There is no doubt about that!!! Every song have its own soul… Just like the previous album “Blessed Be”, this one is special and don’t miss the chance to give yourself pleasure to hear it! And if you have an opportunity, go and see the band live rockin’!
——————————————————–
5.0 out of 5 stars The 69 Eyes – Paris Kills,
The 69 Eyes are awesome and this CD quality is great. 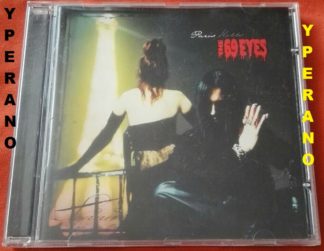