A rather eclectic compilation in that some tracks date back as far as 1979 and the artists come from a variety of countries and labels. However, about half of them could be described as NWOBHM and the other half fit stylistically at least.

1. THE RODS – Get Ready To Rock ‘N Roll
Feel good hard rock / metal.
2. TWISTED SISTER – I’ll Never Grow Up
Fun pre-LP track that really shows their punk roots.
3. STAMPEDE – Moving On
Great upbeat UFO style rocker with hints of DEMON. Studio recording that is a bit longer than the version on their Days Of Wine And Roses 12″.
4. STARFIGHTERS – Alley Cat Blues
Given that guitarist Stevie Young was cousin to Angus and Malcolm, its not surprising this sounds a lot like AC/DC.
5. ANVIL – Bedroom Games
One of the faster, more metallic songs from their debut.

1. BRIAN JOHNSON & GEORDIE – Keep On Rocking
Boogie/blues rock (and a blatant attempt to cash-in on the success of Back In Black with yet another AC/DC tie-in).
2. PRAYING MANTIS – Running For Tomorrow
Probably their best song, this has a great galloping main riff and a catchy chorus to boot.
3. KROKUS – Bedside Radio
One of their best hits.
4. LAUTREC – Mean Gasoline
AC/DC style NWOBHM featuring members of STAMPEDE and WEAPON. Originally released as a 7″ which only ever reached the white label promo stage.
5. GIRLSCHOOL – Take It All Away
LP version of this high energy NWOBHM track. 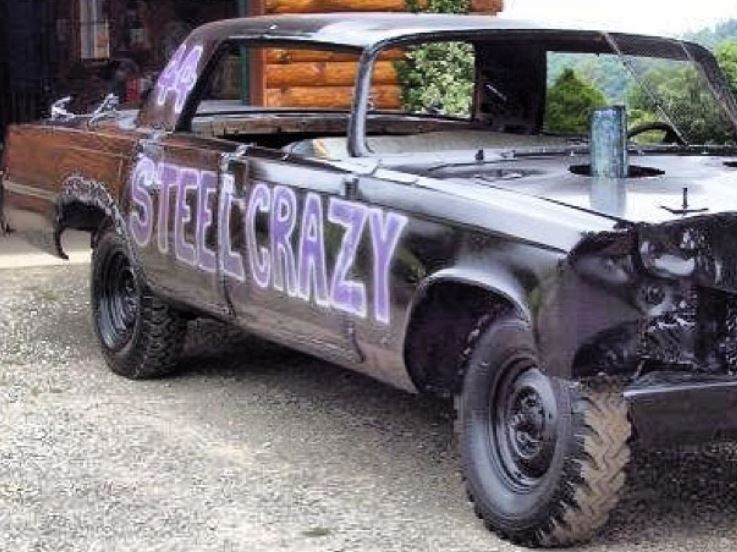