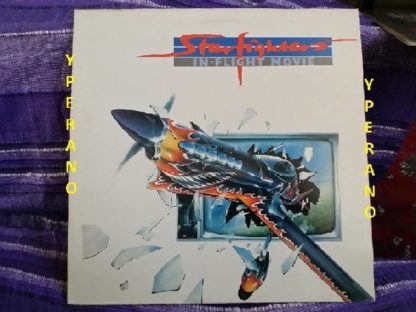 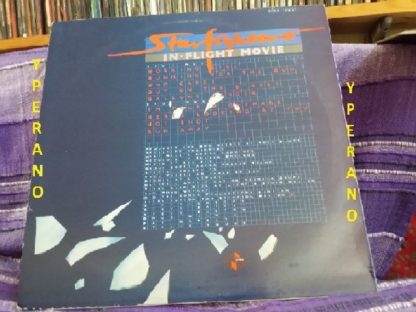 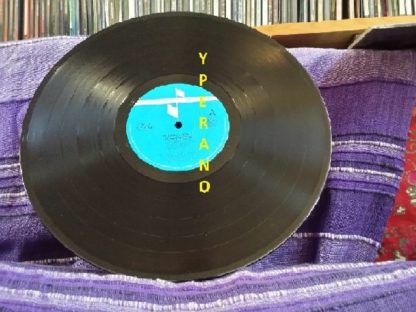 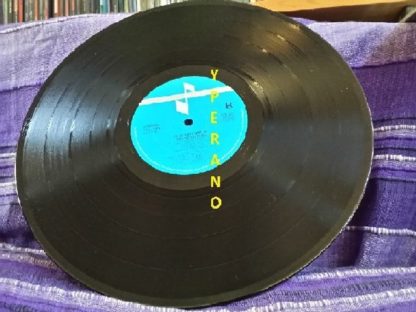 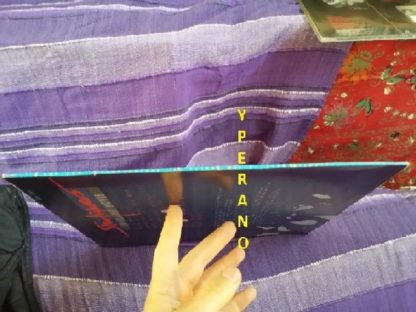 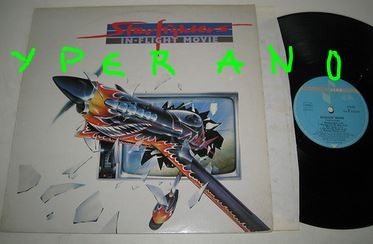 Hard Rock AC/DC type of style and features members of the great Young family, of course related to Angus and Malcolm Young of AC/DC. Good music that is crossing over to N.W.O.B.H.M, and that is the reason why this L.P appears in most N.W.O.B.H.M wants lists

vinyl looks unused / near mint, but that’s a biased opinion.

Check out the pictures and make up your own mind.

Starfighters are a heavy metal band from the New Wave of British Heavy Metal movement founded in Birmingham, England in 1979. They attracted a strong British cult following but were not able to translate this into any lasting success.
Initially called Savage, they changed their name to Starfighters and released the single “I’m Falling” on independent label, Motor City Rhythm Records. This original lineup consisted of Steve Burton (vocals), Pat Hambly (guitar) Stevie Young (guitar), Doug Dennis (bass) and Spencer Scrannage (drums). They were then signed up by Jive Records (a part of Zomba), who wanted to cash in on the rising NWOBHM. After the release of their eponymous debut album Starfighters, Scrannage was replaced by Steve Bailey.

They then won a support slot with AC/DC (Stevie Young is the nephew of AC/DC leaders Malcolm and Angus Young). Signing up with Krokus manager Butch Stone, In 1983 they released the follow-up album In-Flight Movie, again produced by Tony Platt. Jive however were not prepared to pay for further tour promotions and the band resorted to appearing in small British clubs. Despite being a better effort and receiving good reviews and publicity, particularly in Kerrang! magazine, this album did no better and Jive dropped them. The band consequently folded.

In 1987 the band reformed with the lineup of Steve Burton (vocals), Stevie Young (guitars), Rik Sandford (guitars), Redvers (bass), Jamie Hawkins (drums). Redvers had been known as Steve Hill up to this point but was rechristened with his actual middle name to avoid the confusion of having three Steves in the band. Despite attracting a strong local following in Birmingham, they could not secure a record deal and the band folded after little more than a year. Sandford and Hawkins had very brief stints with UFO and Hawkwind respectively before both were released. Redvers became Steve Redvers and joined The Grip before linking up with Stevie Young again in Little Big Horn.

5.0 out of 5 stars IN-FLIGHT MOVIE.
THE SECOND AND FINAL ALBUM FROM THIS BAND! THIS ALBUM IN MY OPINION IS BETTER THAN THE FIRST! THAT ALSO IS A GREAT ALBUM ! IF YOU LIKE AC/DC YOU WILL LIKE THIS BAND,THE RHYTHM GUITAR PLAYER IS RELATED TO MALCOLM AND ANGUS YOUNG FROM AC/DC ! ALSO CHECKOUT RHINO BUCKET, ROSE TATTOO, THE ANGELS, AIRBOURNE, KROKUS. 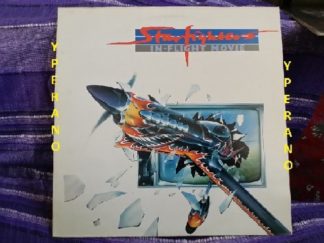