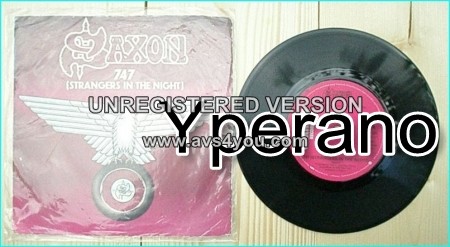 Biff Byford to pick the best songs from their huge back catalogue.

747 (STRANGERS IN THE NIGHT) (Wheels Of Steel, 1980)
“Well, it wasn’t the first single from the Wheels Of Steel album – that was the title track – but it was the one that got us noticed. This was the track that proved we could write a heavy song with a clear melody. It was also one of the first songs to put NWOBHM on the radio, which was important for us and  also for the genre.”

One of the most underrated songs by an already underrated band! Just kickass rock ‘n’ roll:

Be the first to review “SAXON: 747 (Strangers In The Night) 7″ + See the light Shining. Check videos. HIGHLY RECOMMENDED” Cancel reply 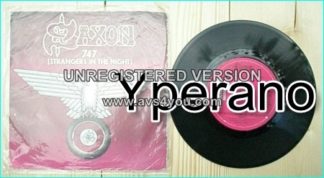