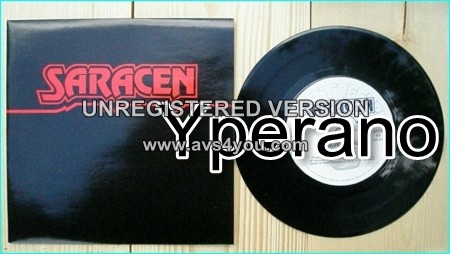 With great moustache comes great sex appeal. NOT. In pop music, the difference is measured in so little things. if the singer had had a different haircut and no moustache, this band would of been one par higher. I’m not bullshitting, this is how things work. It’s like Atomic Rooster in the 60’s. The band was as good as any other 70’s heavy rock band, but MY GOD the singer was ugly. People often preach how looks don’t matter in rock music. Why these guys are not regarded as say Judas Priest or Saxon is beyond me. Saracen was amazing. Shades of early Saga, Lone Star, Magnum.

his band hasn’t had the recognition it is due, fantastic music,lyrics and sound

this is truly a classic song. certainly up there with the best of that era.

Music appreciation is a weird thing. For a band to be considered good usually it musters up the ability to perform a genre well, am I right? But also, we want some spice to the sound of a band (and its execution); putting its own spin on the genre its own take so to speak. People argue that a band sucks, or an album sucks, because its groove, not thrash, or its too hard rock, not heavy metal or a bands release was too thrashy, and and not deathy enough. Interesting, then on the other hand bands get blasted for performing a genre without straying from the straight forward formula (riffs, subject matter, song titles, speed etc); so what we want as music fans in an album or band is a mixture of a genre performed well (with all of its hallmarks, clichés and expected attributes) coupled with a bands original spin or take; an original flavour something that makes it stand out within a field, yet it still can be classifiable as fitting within the boundaries of said genre. Saracen is a great example of this issue; retaining just enough of the NWOBHM sound. The strong opener We Have Arrived with its title that seems to conjure up something like you’d find on Def Leppard’s début, is actually an energetic, progressively space-themed rocker, with heavy doses of keyboards and those trademark vocal harmonies and choruses. An extremely well-written song that showcases Bettneys awesome vocals. Though his voice has that very typical NWOBHM tone he can hit notes very well, sounding full of conviction and passion, and he executes with a beautiful vibrato. They keyboard solo in this one is very sweet, and the guitar lead, which comes in harmonizing is very much the icing on the cake. Phenomenal number this one, with a chorus that you may just want to sing along to. Saracen are easily one of the more original, and technically proficient bands of the NWOBHM. With the ability to tackle various sub-types of song, and perform either the progressive ’70s rock stuff, the poppy Heart-influenced stuff, or the rough and ready NWOBHM stuff, and to do it well, Saracen are certainly a force to be reckoned with. More emotion is detectable in the songs, and riffs stick out more. The harmonies in this one are awesome and showcase song-writing talent. Basically, Saracen are experts at blending various genres/influence to craft a unique sound of their own. Their originality and depth makes them streets ahead of many contemporaries, but their ability to write ass-kicking rockers means they can hold their own against bands like Samson and Diamond Head. Either way this is still a killer 7” that sits right up there in my favourite NWOBHM records. Well worth investing in.