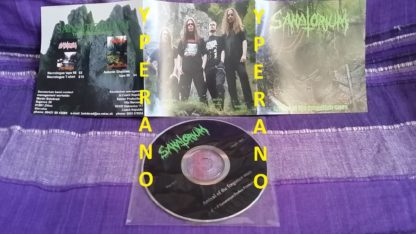 Sanatorium has proved on two demo tapes that they are one of the most talented Death Metal acts from Europe at the moment. They have now unleashed their potential on this CD, their debut album.Sanatoriums brand of Death Metal are deeply rooted in the American Death Metal scene, with Cannibal Corpse as a reference. But they have taken their brand of Death Metal a step further. Their music is very technical and at times, melodic. The result is a vibrant, ultra brutal sound. Sanatorium know that Death Metal can be spiced up with some variation now and then, without becoming soft. This album is a brilliant example of how Death Metal should be done. Great stuff, indeed!!!!!!

Sanatorium – Arrival of the Forgotten Ones [PLAYLIST, ALL SONGS]

Cool death metal – 85%
I really like this album. It’s brutal death metal, but it’s got a bit of originality in it as well. Not a bunch of blind, blasting speed, just bone crushing heaviness. I could say that they sound like Cannibal Corpse and Morbid Angel, which is correct, but Sanatorium is slightly original. They use a few strange riffs here and there, and super deep growls throughout the whole album. Things only change on the last song, which is partly acoustic. I like that song too, and it gives the album a nice touch, just like the instrumentals on MA’s Blessed are the Sick.
Of course, the nature photography is odd for a death metal band. And so are the lyrics, which are more about strange emotions than gore. After this album I heard that they changed and are now doing more traditional hyper death metal. 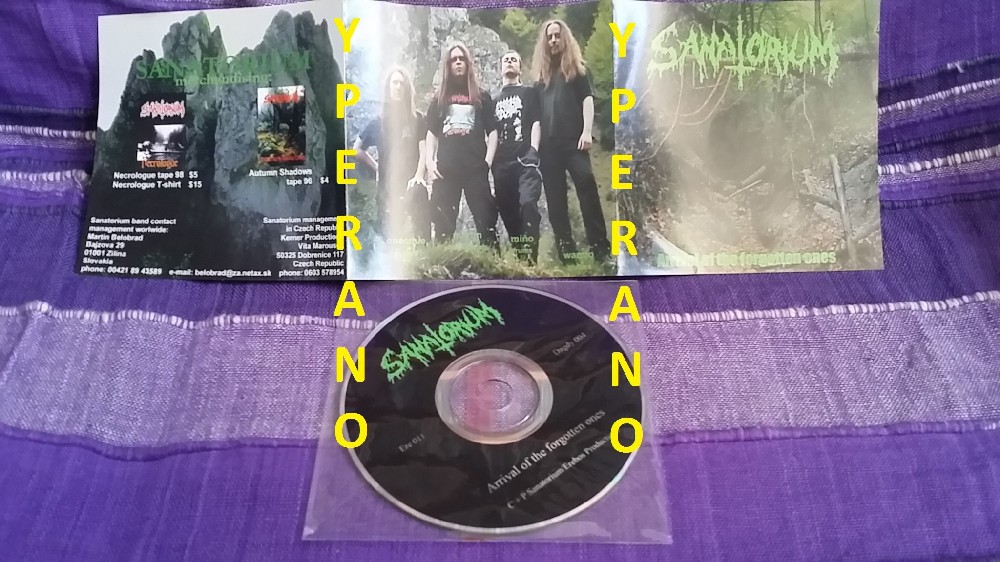 Be the first to review “SANATORIUM: Arrival of the forgotten ones CD 1999 rare NO BACK COVER. Great Death Metal! CHECK audio (whole album).” Cancel reply 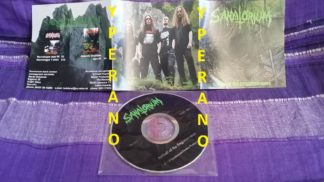 You're viewing: SANATORIUM: Arrival of the forgotten ones CD 1999 rare NO BACK COVER. Great Death Metal! CHECK audio (whole album). £4.70
Add to basket