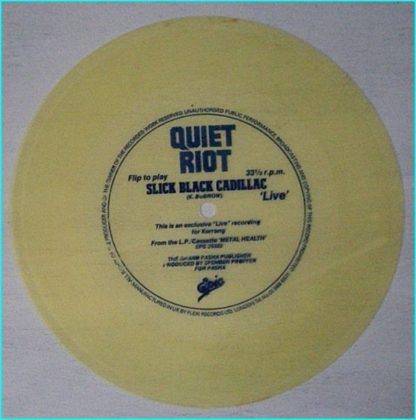 A light yellow, semi-transparent flexi. Quiet Riot bash away a live version of “Slick Black Cadillac” which apparently is an “exclusive live recording for Kerrang. ” The song is broken all the time like a radio program of QR members Kevin DuBrow, Frankie Banalli, Carlos Cavazos and Rudy Sarzo who salutes to his English fans for their upcoming England tour and tell you how much they will pour on the scene when they come over to England. Good song, it is and thats for sure. 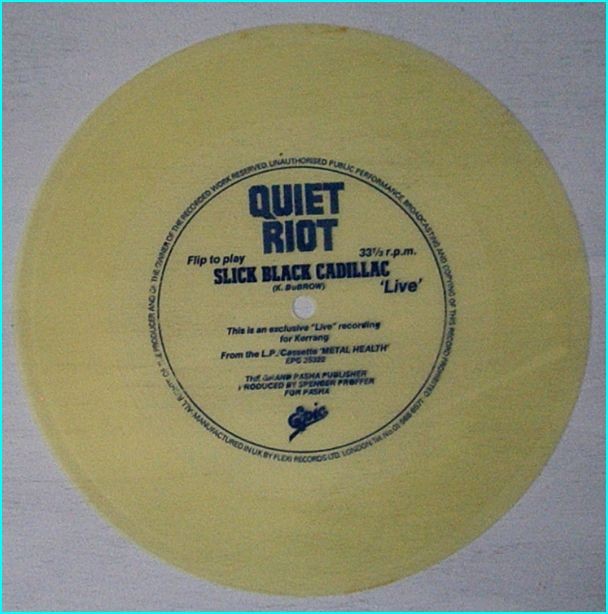 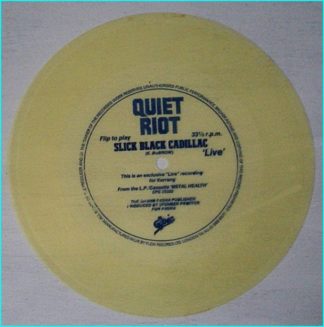