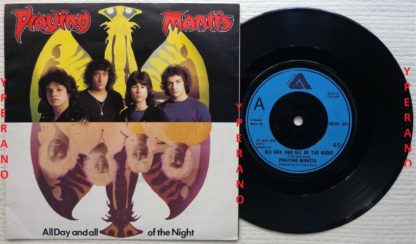 PRAYING MANTIS: All Day and All of the Night 7″ The Kings cover song. + Beads Of Ebony. 1981 Melodic NWOBHM. Check video presentation

Kind of April Wine meets Night Ranger. Awesome guitar work and song writing. A must have to any collection.

They were formed in 1974 by the Troy brothers, Tino and Chris, both college students. Like several NWOBHM bands they made their first available recording at Neal Kay’s Soundhouse recording studio, which was released as the Soundhouse Tapes EP in 1979. 1980 saw their profile considerably raised with support slots for Iron Maiden and Ronnie Montrose’s Gamma and “Captured City” was included on the Metal for Muthas compilation.

Track A is a cover version of a song originally performed by The Kinks.
(P)&(C) 1980 Arista Records Ltd.
Made in England 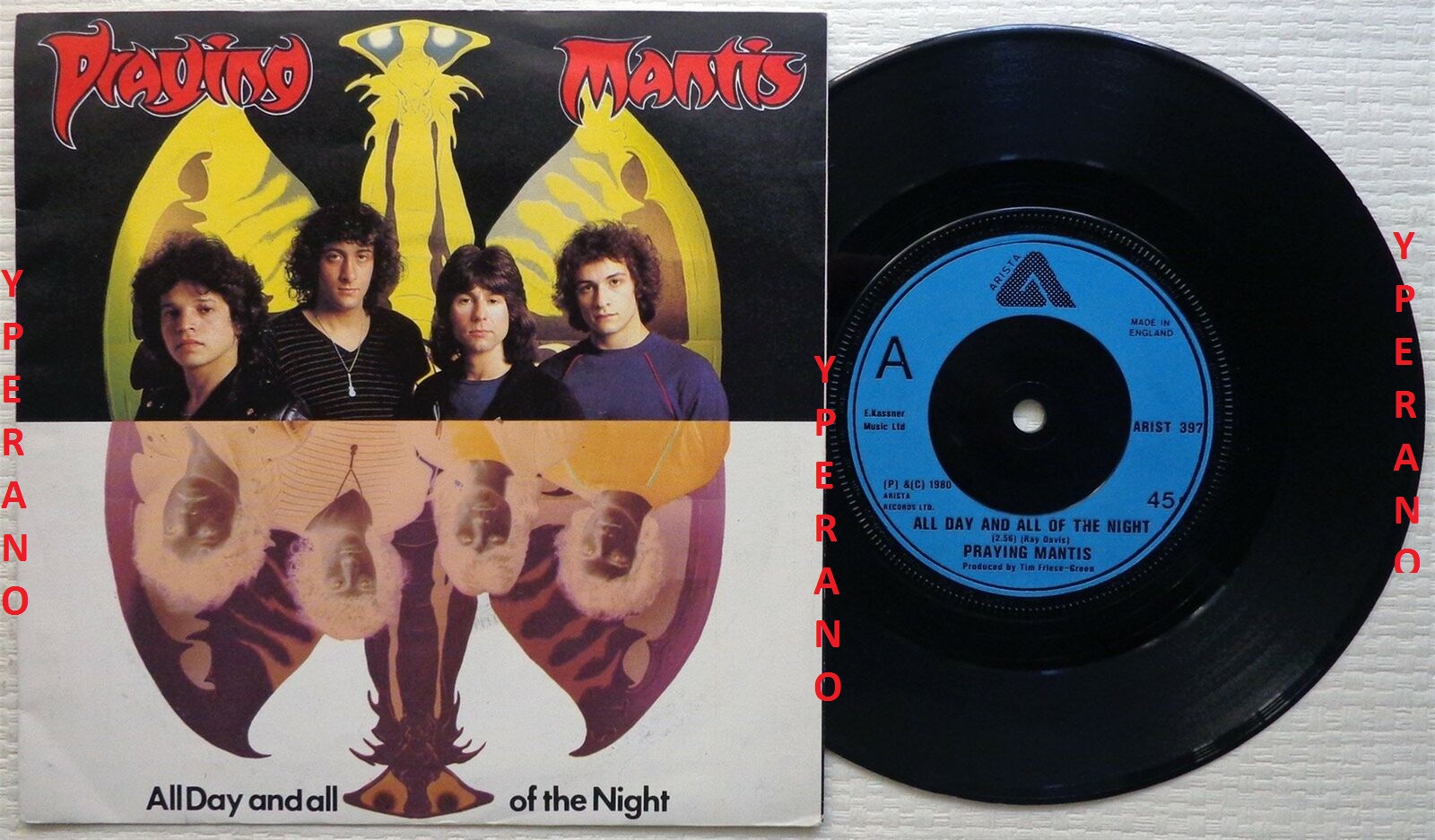 The awesome Children of the Earth starts with a guitar solo and finishes with another beauty and typical Mantis ending (think Rush endings!).

You’re poised there in such radiance
So unclouded, so serene
As other flock around you
Someday you shall be queen
Into the icy wastes you peer
With eyes of scrutiny
But whos to say in this new world
What is your destiny

Who are those frightening creatures
How they stumble through the snow
Have they come to greet you
You are very soon to know
As he towers high above you with no mercy or no shame
No bullet, theres no scar that way
Oh, those screams of pain 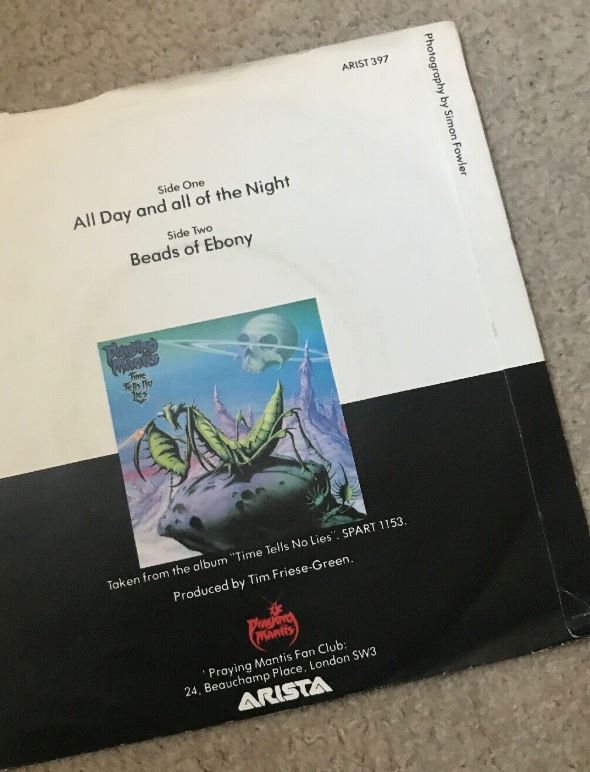 Be the first to review “PRAYING MANTIS: All Day and All of the Night 7″ The Kings cover song. + Beads Of Ebony. 1981 Melodic NWOBHM. Check video presentation” Cancel reply 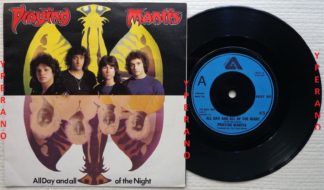 You're viewing: PRAYING MANTIS: All Day and All of the Night 7″ The Kings cover song. + Beads Of Ebony. 1981 Melodic NWOBHM. Check video presentation € 9.31
Add to basket